A cocktail of wanting to try a longbow mixed with the dings my Stalker took in the woods last season with a dash of lack of judgement led this box to my door today. 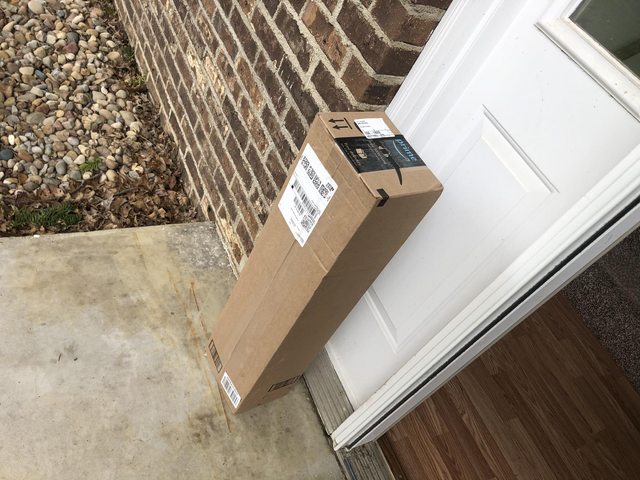 I wanted to try a longbow but wasn't about to drop much coin to do it (yet). So, I ordered a cheap takedown Black Hunter longbow in 50lbs. I researched it a bit, and made sure I found one that advertised as a laminated riser and with the bamboo core limbs. For $110 I wasn't expecting much, but out of the box, it didn't seem too janky. 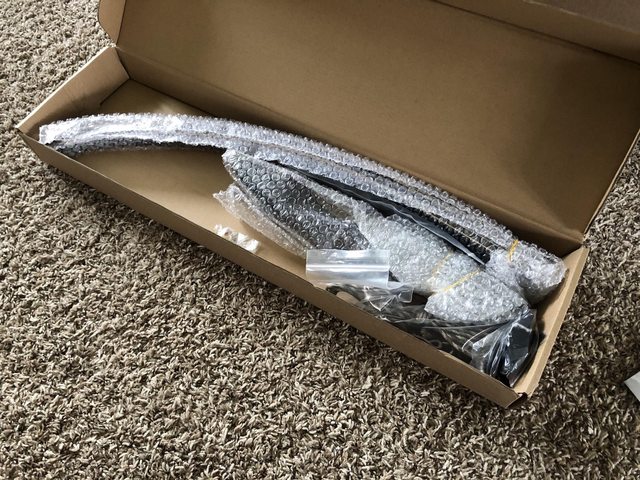 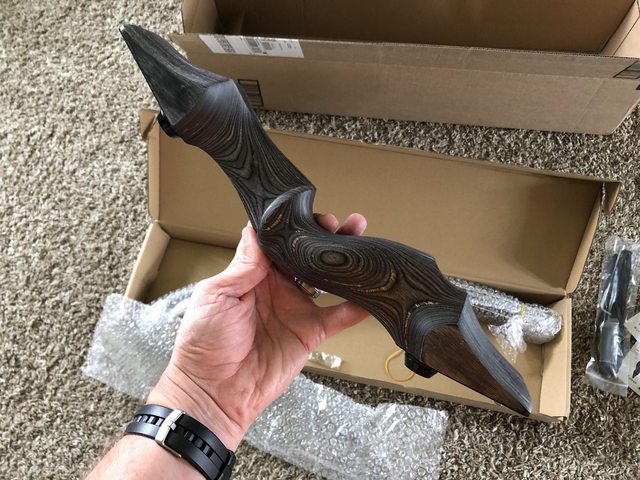 I slapped a Bear Weather Rest on it, tied on some nocking points, set the brace height at about 7 3/4", and put some cat whisker silencers in the string. 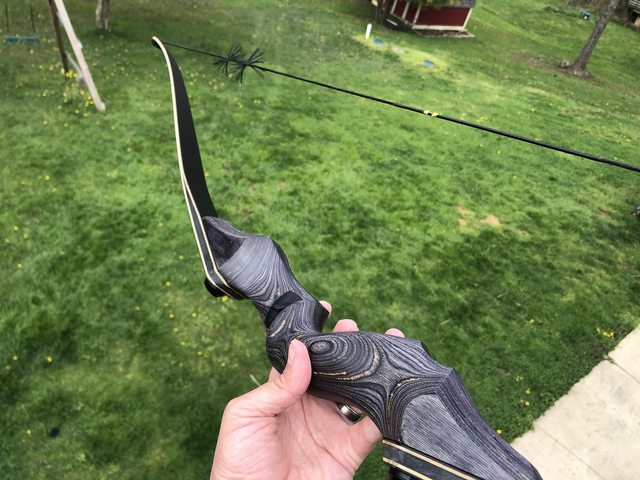 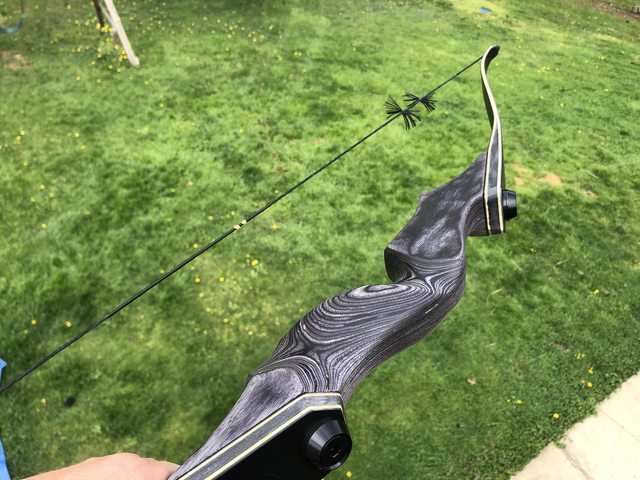 First thoughts, it shoots where I want it. And at a little more poundage than my Stalker, don't shoot the softer side of the 18 in 1. 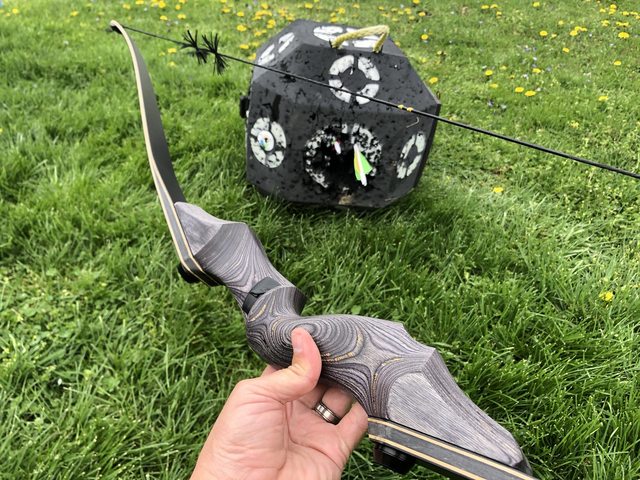 It feels pretty good in hand, and is a lot quieter than I expected based off the reviews I read. All in all, I think I could kill a deer with this thing this fall. 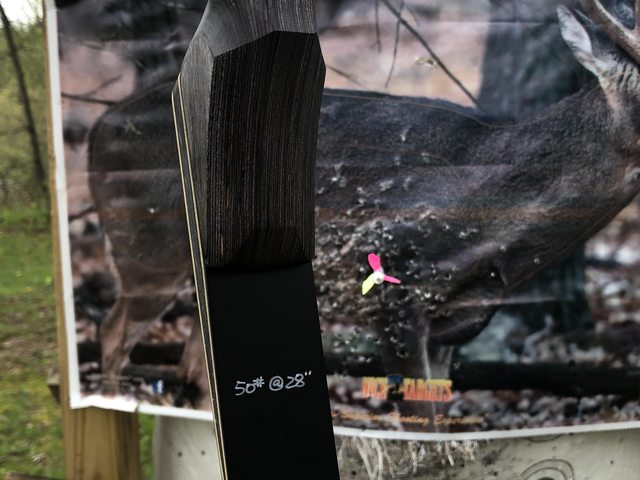 At the end of the day, I wanted to go shoot a couple more. 3 more arrows at 18, pretty solid results. 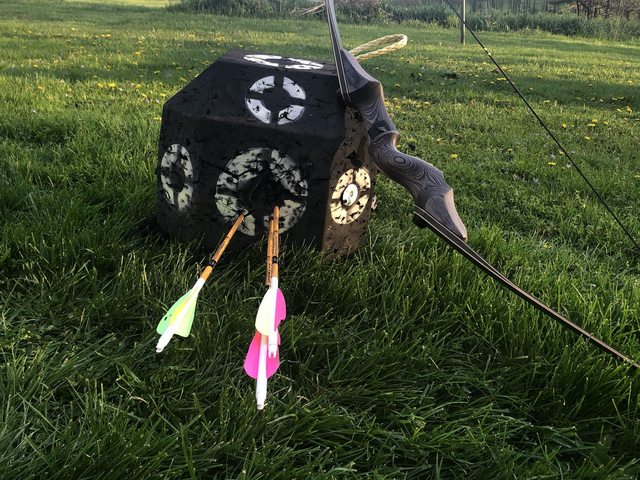 The one little issue, and this is probably a me/form issue, but it pops my forearm on most shots. I grabbed an arm guard for the first time In probably 18 months. I even took one group at 40 yards and had a (for me) acceptable basketball sized group at 40. So far, for a cheap piece of Chinese equipment, not that bad.
Reactions: GoetsTalon, at1010, Big_Holla and 11 others
S

Nice
Have fun!
With a brace height of 7.75 I would not think you would slap your arm?
Reactions: Creamer
C

switchhitter said:
Nice
Have fun!
With a brace height of 7.75 I would not think you would slap your arm?
Click to expand...

I completely agree. Seemed strange to me, too.

I have one of these in my Amazon shopping cart but haven't pulled the trigger.
Reactions: Big_Holla and Creamer

Nice looking bow. Have fun with it.

Mike said:
I have one of these in my Amazon shopping cart but haven't pulled the trigger.
Click to expand...

For the price, I think it's worth it. I'll probably hunt a little with it this fall if I keep shooting it well. I told myself last year that I'm hunting with the Stalker no matter what, understanding it's going to pick up some scars. All good in principle, but then at the end of the season I didn't like how much abuse my baby took. At least with this cheap longbow, I will have a bow I won't worry about carrying while I shed hunt, take stump shooting, or anything like that.
Reactions: Sgt Fury, Boarhead and Mike

You know the nicks and scratches give a bow character.

You can order the recurve limbs too because the riser is exactly the same.
Reactions: Creamer
C

Boarhead said:
You know the nicks and scratches give a bow character.

Oh I know. I don't mind as much the dings that have stories attached to them, like "This is the scratch from that buck's antlers when his head fell over when I was getting a picture taken." It's the "I don't know how the hell that got there" ones I don't like. And there were a lot of them!
Reactions: GoetsTalon, Mike and Boarhead

Boarhead said:
You know the nicks and scratches give a bow character.

This bow continues to put arrows on target. 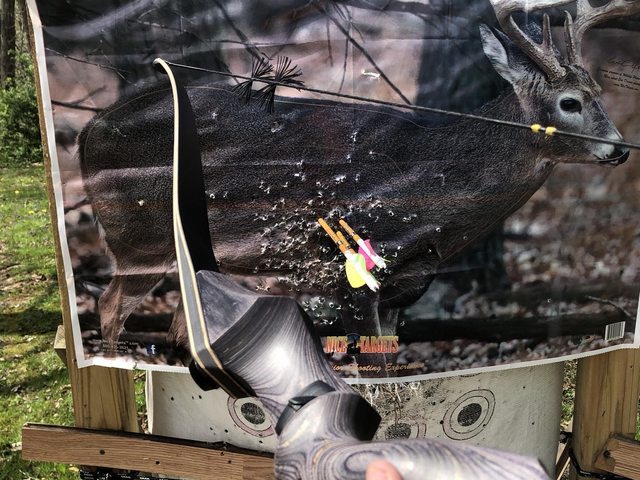 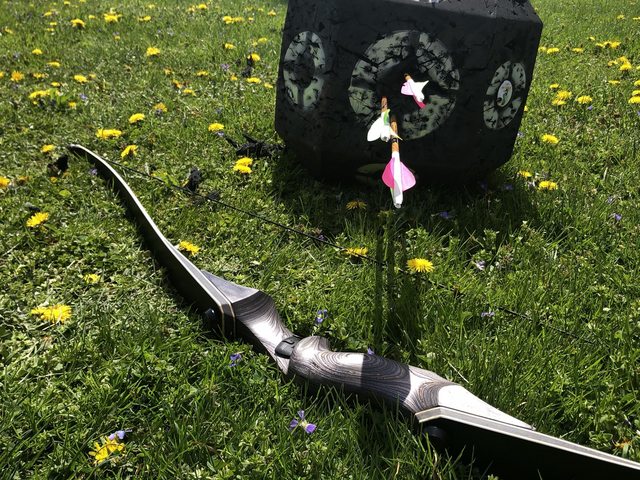 I say we try this with @Boarhead 's new bow when it comes in.

I didn't exhale that entire video! Just kept sucking more and more in. That was worse than watching Whistle Diesel dude destroy trucks!

Reactions: Boarhead, jagermeister, Big_Holla and 2 others

Alright Brian, bring it too Stroud’s and we’ll put it through the ringer!!!!

"J" said:
Alright Brian, bring it too Stroud’s and we’ll put it through the ringer!!!!