Got mr tall back today 👍

The wife's not so excited about it , the tv was supposed to go up in that corner

I've officially taken all the available wall space for a tv with mounts
Reactions: finelyshedded, giles, Big_Holla and 2 others

Did you ever post how it went down?
Reactions: ThatBuckeyeGuy

But what if’n it was minimal over a longer timeframe? Inquiring minds wanna know!
Reactions: ThatBuckeyeGuy and Dustinb80

It was one of the most active ruts I've ever had . I was seeing several deer every day but the biggest one I seen on the whole place was a basket eight point. The rest were all scraggles and 4s and 6s . I seen 3 different spikes last season, that's more than I've seen over the entire time I've hunted here . The morning I shot him there were young bucks running everywhere , I was following the same routine with my grunt call when he came sneaking down the creek bank. It happened pretty fast I thought he was going to cross and head right in front of me like they always do instead he took a sharp turn to start heading up the bank into the thick stuff. Had a to take a fast quartering shot only had one small opening and he was moving quick. I got him to stop and as soon as I let the arrow fly he stepped forward and I swear I center punched him right in the guts. After sitting in the stand for an hour while calling myself every name in the book I decided to go look for blood at contact and then head home and come back at night. When I got to where he was standing there was zero blood , this made my gut shot suspicion even worst. I kept telling myself in my head stop and go home come back later. For some reason I couldn't turn around I kept following his tracks up the bank for another 20 yards and then I found this... 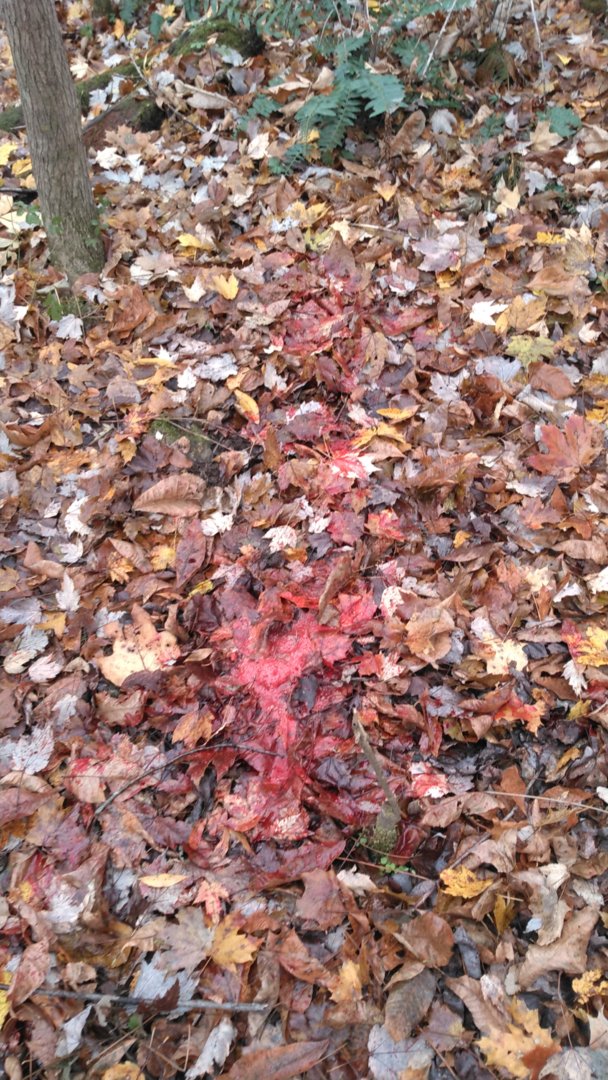 He didn't make it another 40 yards. The angle of the shot made it look like a gut shot because of where I seen the fletchings but it was just the angle of the arrow 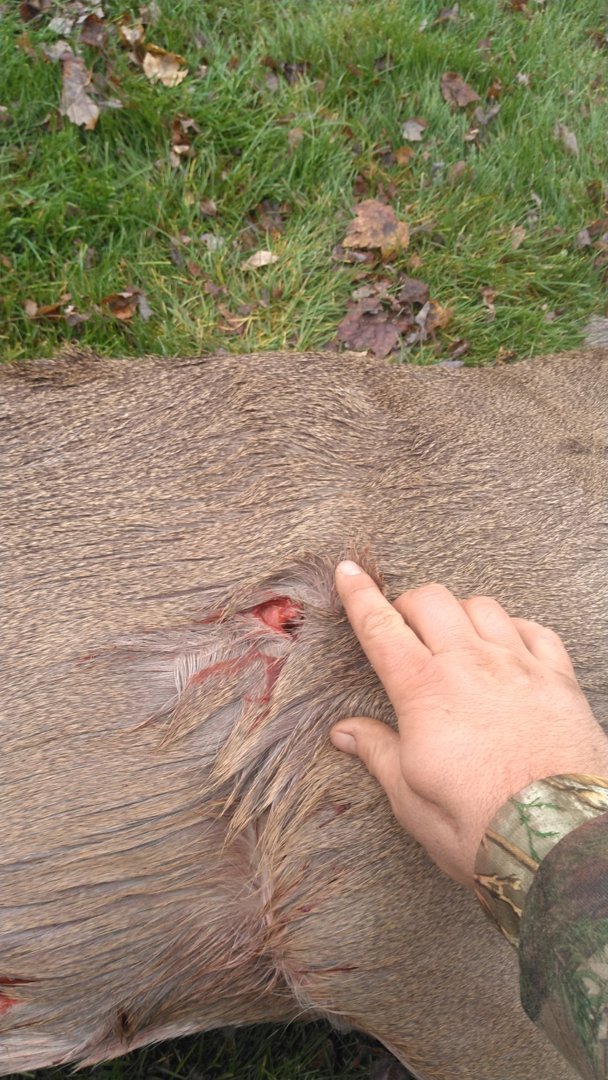 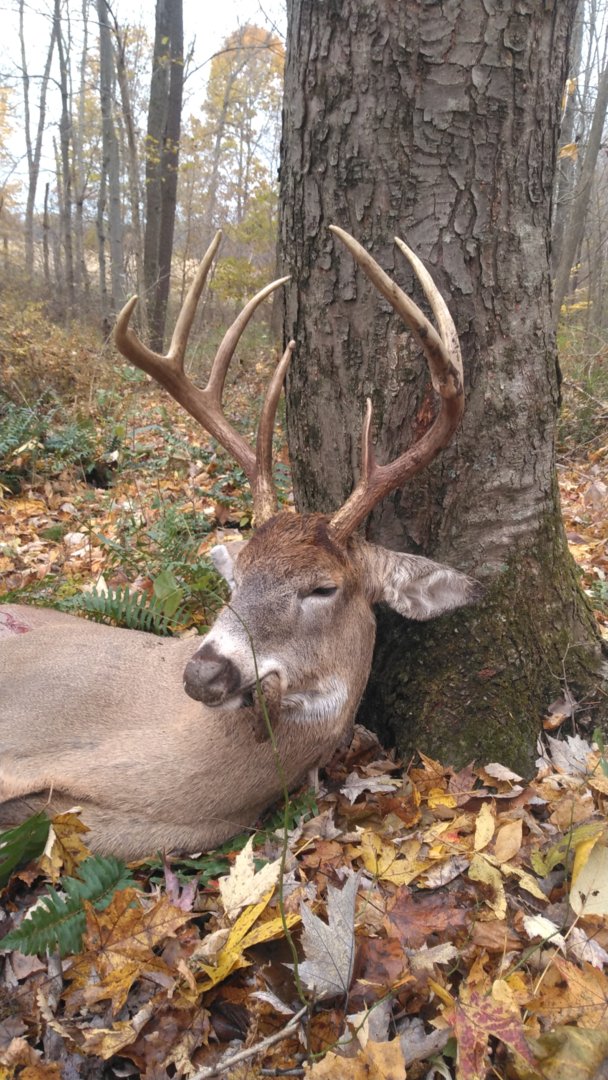 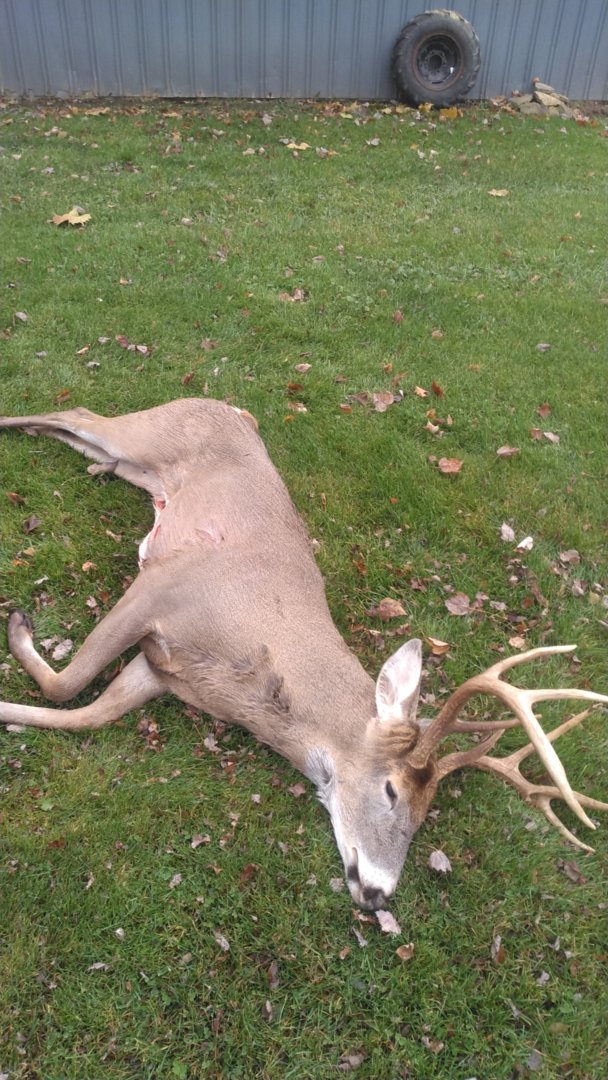 I'm not sure if the rip on the bottom side came from a slip in field dressing or when we were dragging him up the creek bank and rose bushes with the farmers sxs. There was no way I was dragging him up through that stuff myself 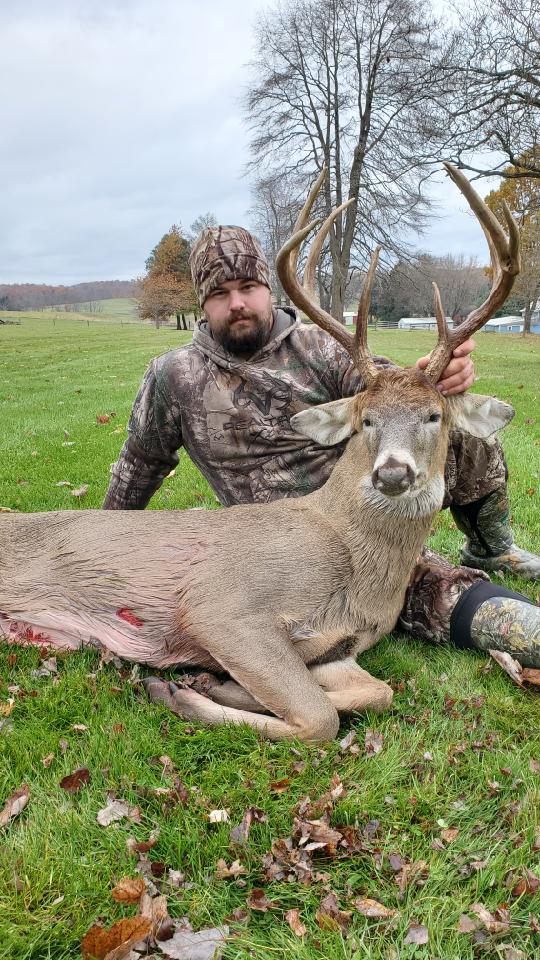 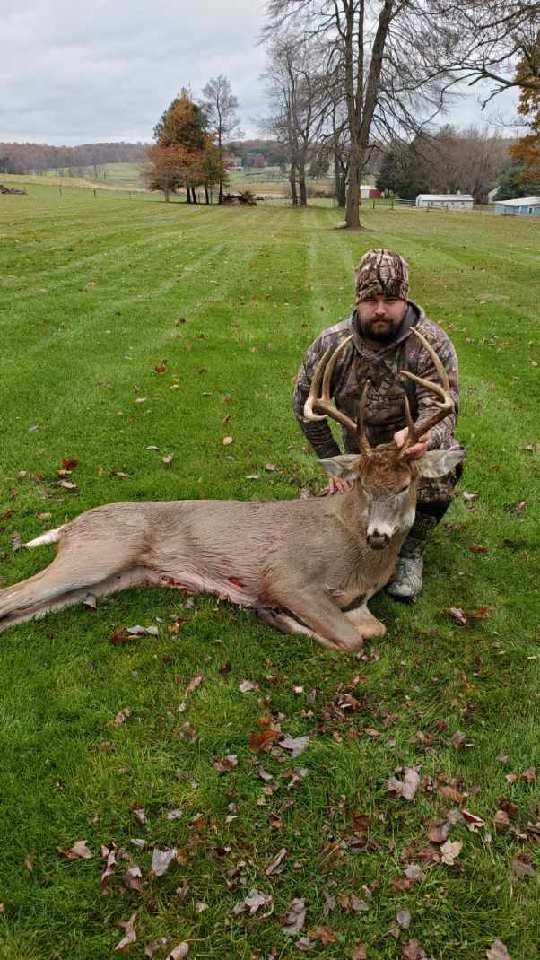 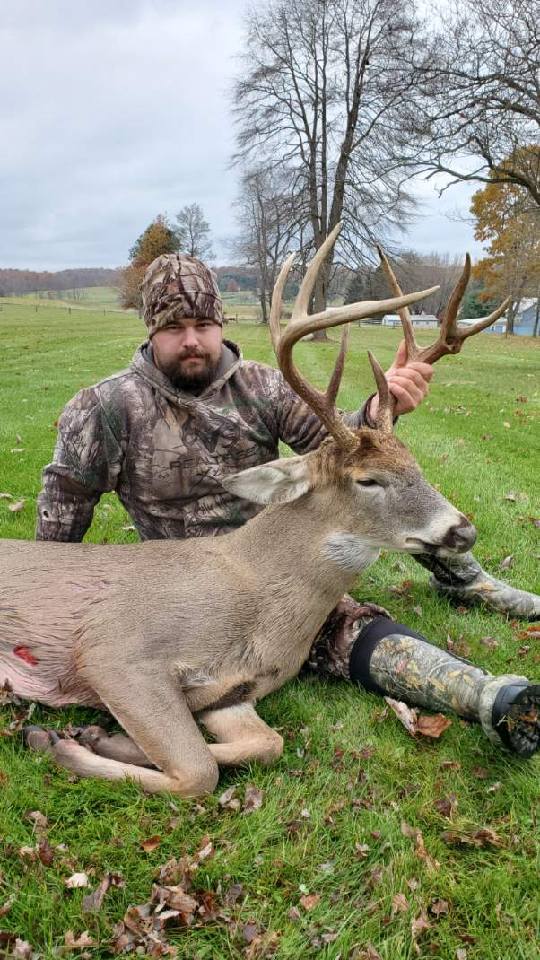 Glad it all worked out in your favor! Heck of a buck….
Reactions: ThatBuckeyeGuy
B

Great buck, I love that little knot in the left side!
Reactions: ThatBuckeyeGuy