Dang Phil the hits keep coming. One of these times you’ll catch a break tho.
Reactions: hickslawns

Are you still having fun?
Reactions: Big_Holla

giles said:
Are you still having fun?
Click to expand...

That sounds like a simple answer. And it should be. But it isn't.

I knew it was a lot of time and effort going in. I knew there would be frustrations or some "that's racing" moments. The good nights offset those nights. Just never got it all put together for a complete night this year.

Really need to continue digesting the situation. Still tired and a bit bummed. But these are completely first world problems. There are people with daily drivers they can't keep together. These are race trucks for a hobby. Perspective.
Reactions: giles, 5Cent and Big_Holla

You can't put a price on fun. Plus it's keeping you busy. Maybe you'll get it together next year

giles said:
You can't put a price on fun. Plus it's keeping you busy. Maybe you'll get it together next year

Thank you for posing that question. It has helped me to ponder and digest the season.

The fun part is being strapped in the seat and driving around the track. This season was extremely short on the fun part. That said, I've been shopping different clutches. I've considered fixing the back up truck before the weekend. As few laps as I got this year? I'm not putting it up for sale. I'm planning for next season. I suppose it isn't much different than hunting. We spend a lot of time and money. Some years we go empty handed and eat tags. Doesn't stop us from planning the next hunt or next season. There is a certain satisfaction in the preparation. If you shot a monster buck every hunt (if it were legal), would it have the same appeal? Probably not. It isn't all about the kill (or race results). Plenty of satisfaction (and heart break at times) in the process.

Congrats to you and Maddie though. It wouldn't get old watching one of your kids shoot a deer in opening day.

No snow to speak of. Loaded the backup truck and brought it to the shop. Within an hour or so I had it disassembled. On Jack stands, driveshaft pulled, shift lever removed, transmission sitting on the ground.

As suspected: sheered the bolts which mate the flywheel and clutch to the crankshaft. No explanation as to why. It is the "backup truck" or second truck or whatever you want to call it. Pretty bone stock. Open header, different intake, dumping some extra fuel to it, timing advanced, no sensors, lightened up and ready to race. If it has 25hp above factory I'd be surprised. How many guys beat the dog snot out of Rangers, Mustangs, and other cars in high school with the Lima 2.3L 4 cyl engine? Plenty. How many snapped bolts holding clutch and flywheel to crankshaft? Probably not many. And most of the abuse was done on pavement, not dirt where there is a bit of give. Doesn't make sense as to why these snapped or sheered off. Maybe the guy driving tried to shift from 2nd to 3rd and hit 1st? Maybe turning 6500-7000rpm on straight and let out. 30lb clutch still spinning with sudden drop in RPM and they break? Or maybe he let out completely, them stomped throttle again thru the turn and they snapped? I don't know. Maybe the starter hung up and was turning with the flywheel until it locked up bringing the engine to a stop? Doubt it. I'd think flywheel would have been chewed to pieces and starter would have been glowing. I'm racking my brain to figure out just why it happened. Most of the time it is due to a factory 100hp motor that is now 200-300hp being too much for those bolts. You just know you will have to replace them every now and then in this situation. But not with a fairly stock setup.

Let's just say they were not fun to get out. Couldn't get a weld to stick. Tight quarters. Needed three arms to do it. And to be honest, I'm not an expert welder. I just couldn't get the weld to hold. So, I ended up drilling the six bolts out and using an easy out on all of them. It was tedious. I spent $30-50 in drill bits. I'll need 6 new bolts (which I already bought for the other truck). Overall, relatively inexpensive fix. Just my time. 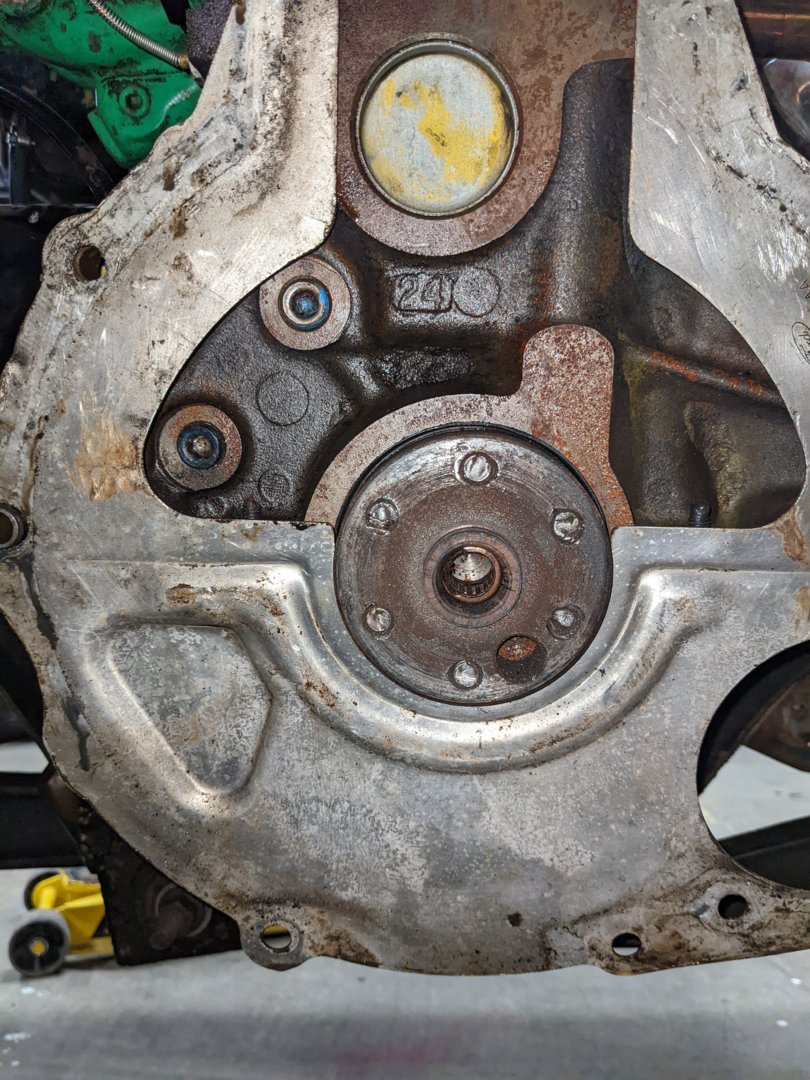 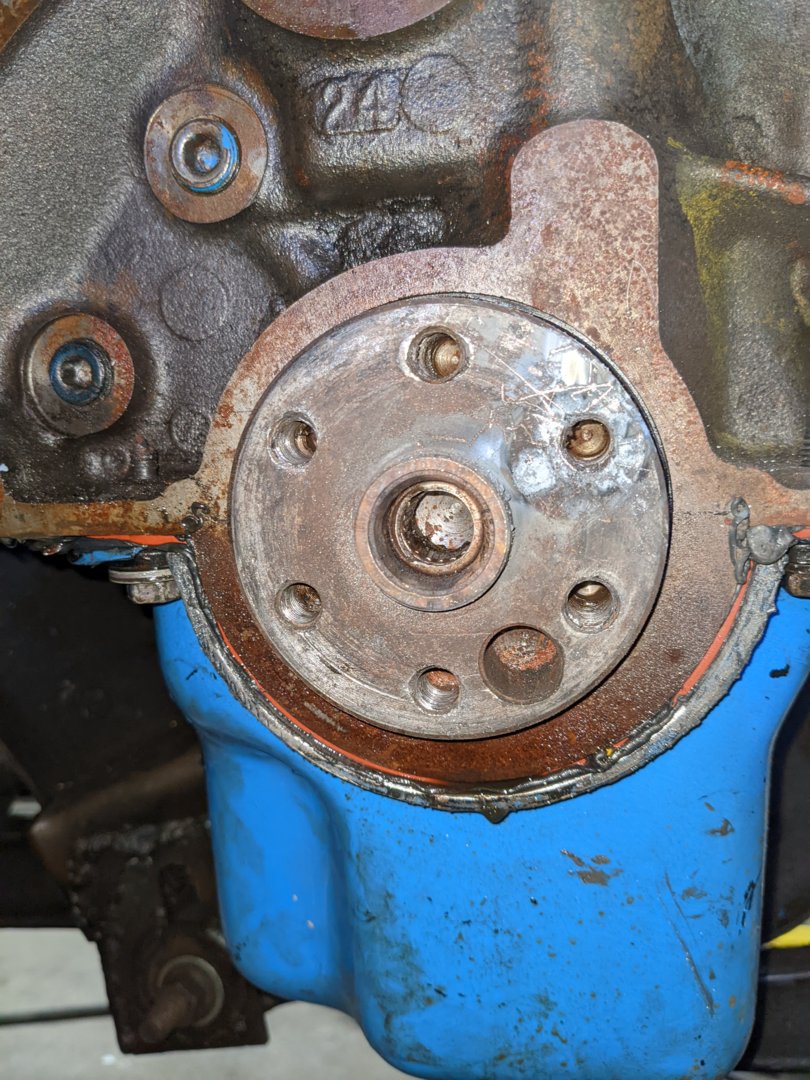 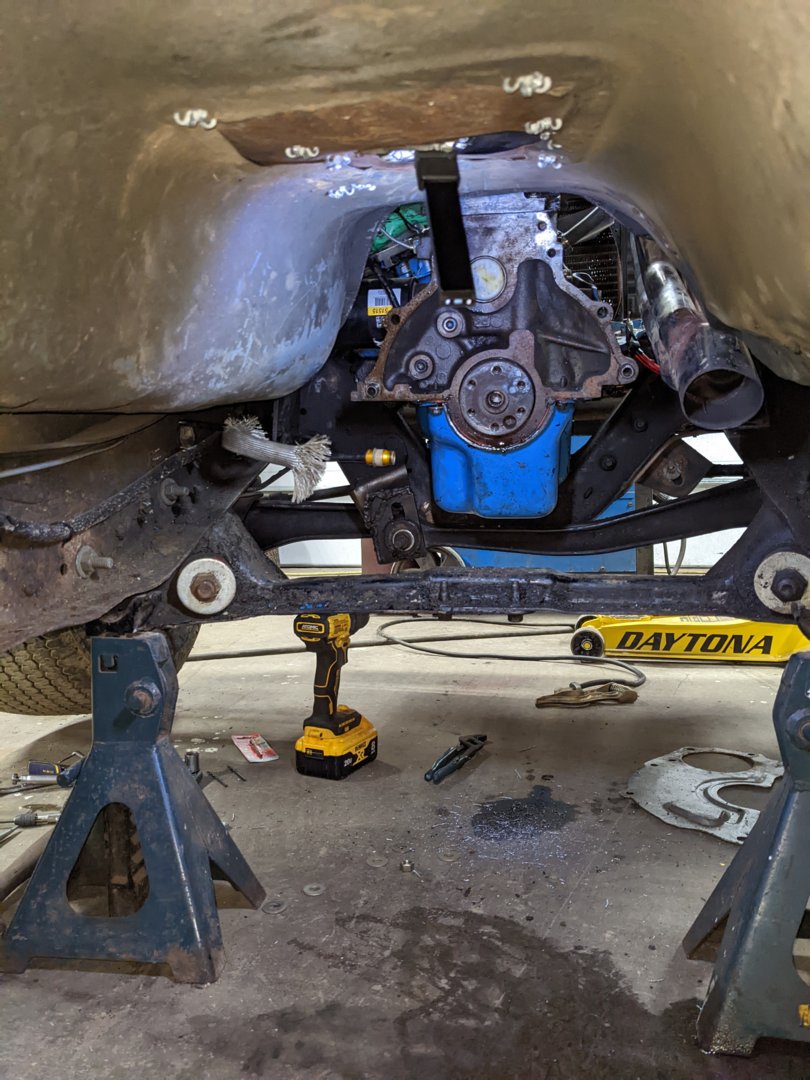 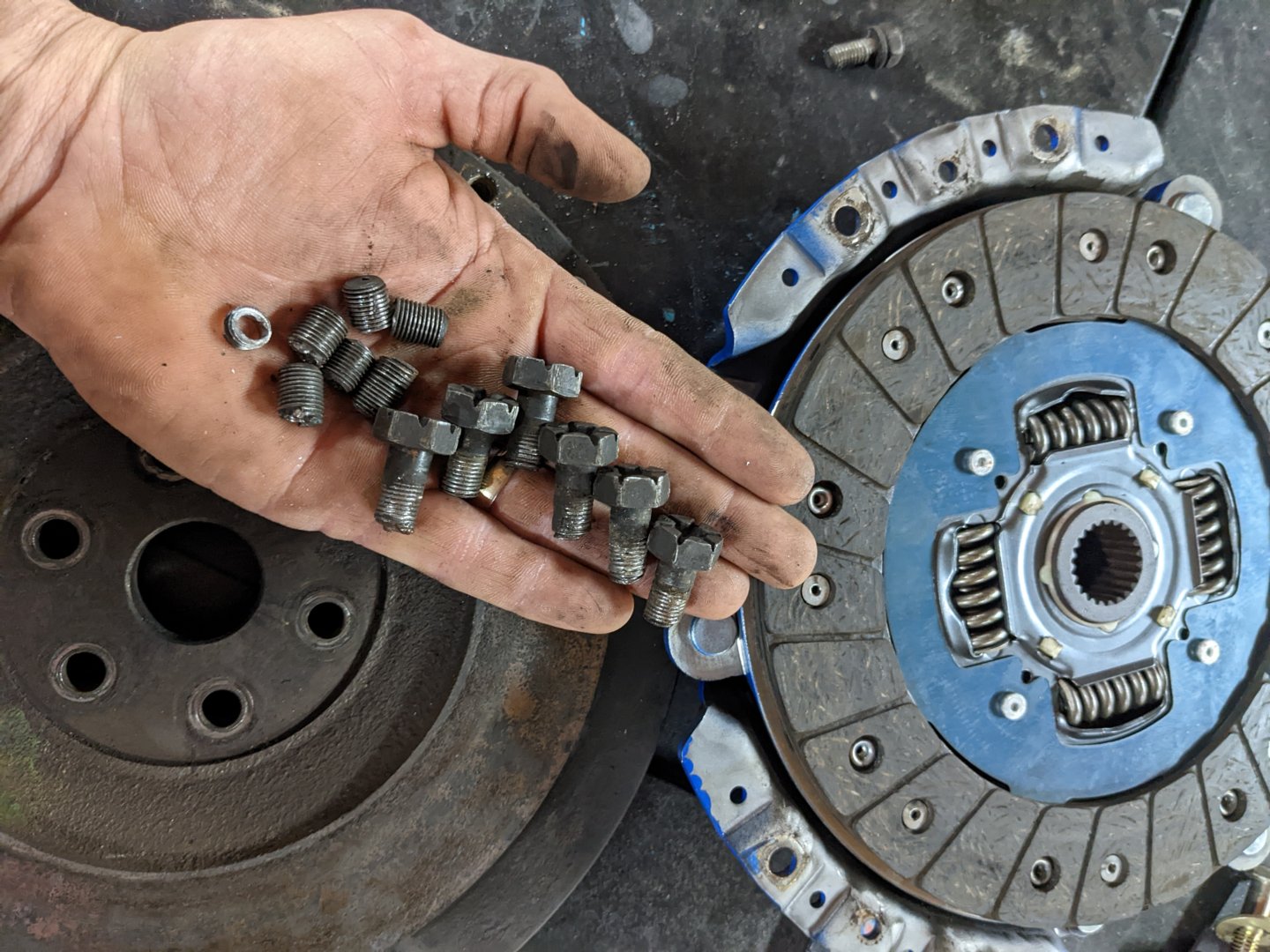 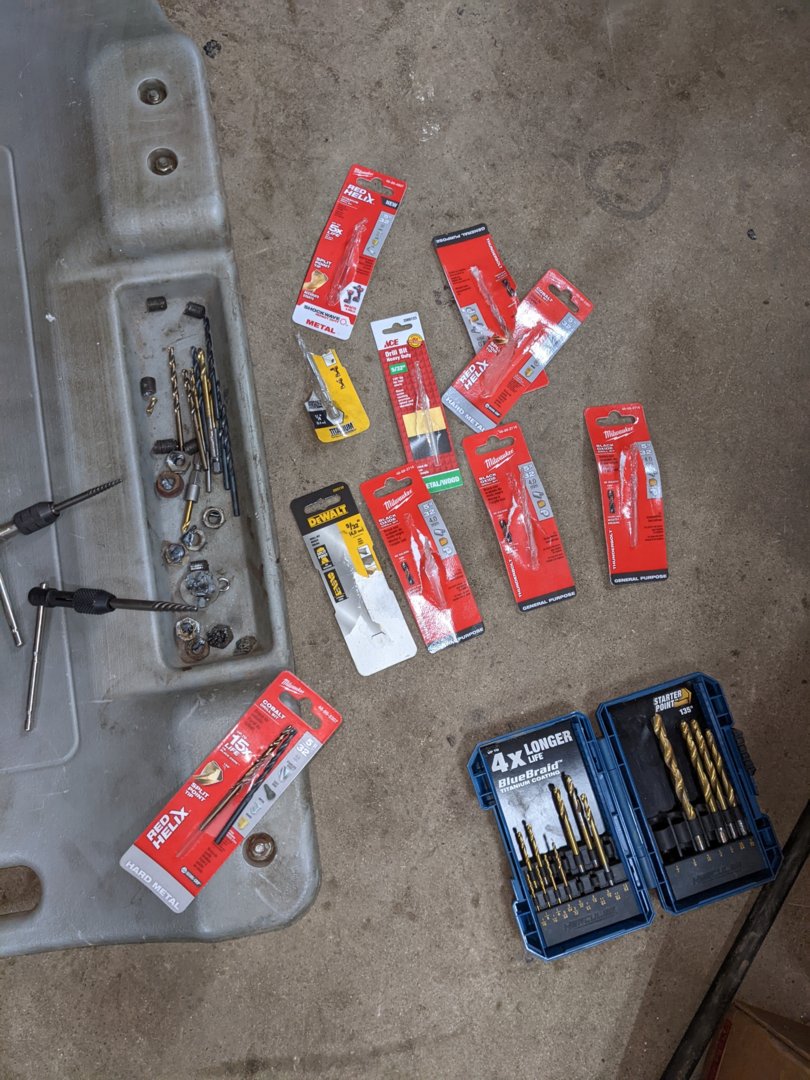