1st fawn pic of the season 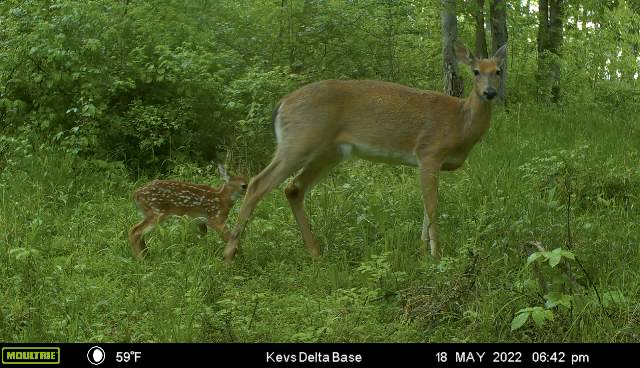 I don't know for sure. Still waiting for the cam to capture something else so it can send a video of this current pic. On another note, the wife had the dog out late at night a few nights back & she swore something was getting attacked up in the woods, but there wasn't any balling type noise, so I dunno.
Reactions: Big_Holla 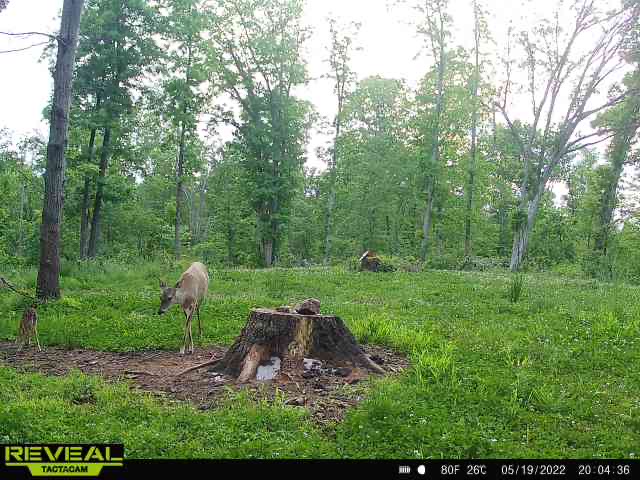 Got my first too
Reactions: finelyshedded, Isaacorps, Wildlife and 2 others 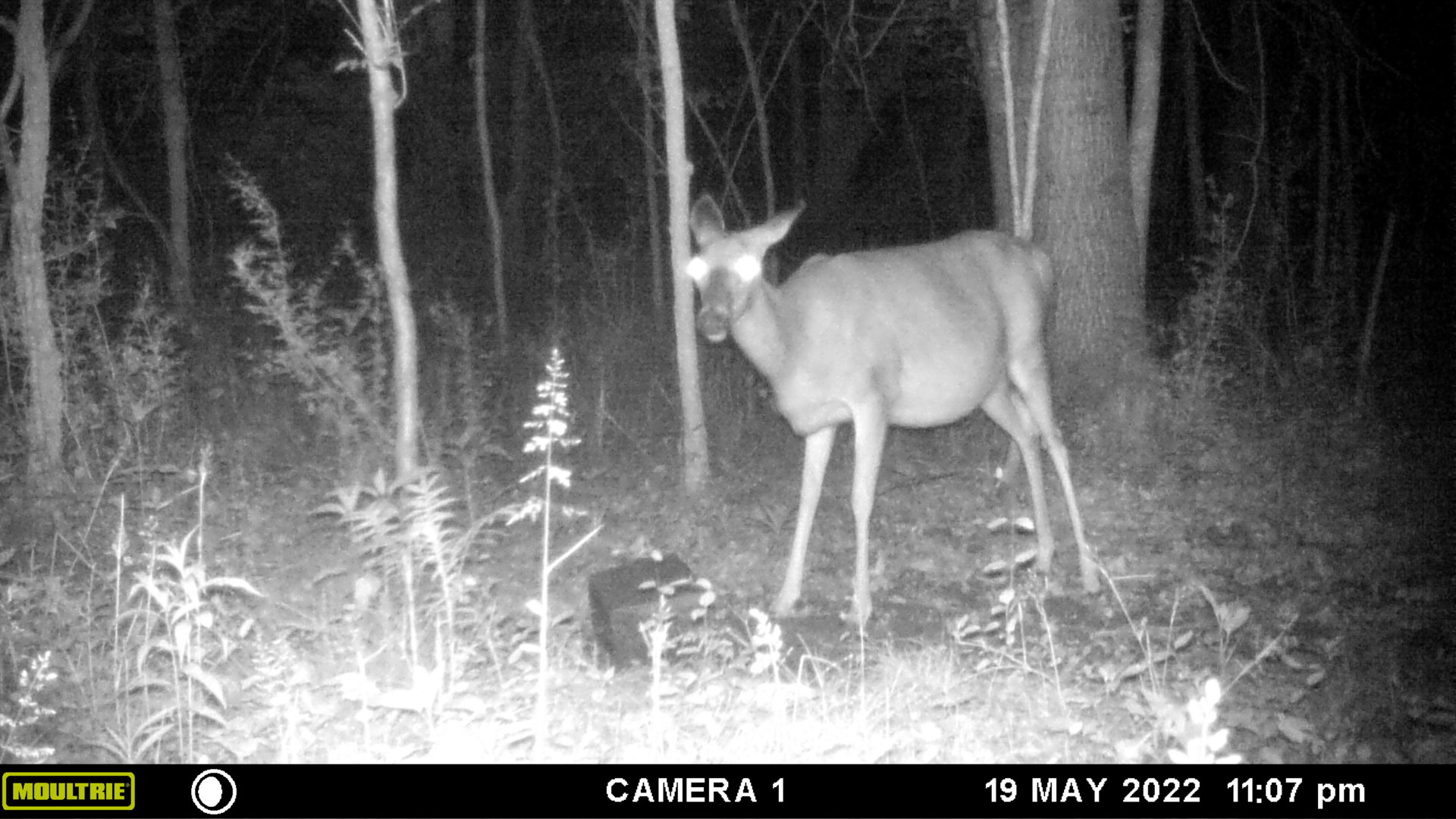 I’m no biologist so this might be incorrect. The earliest fawn pic I had this year was May 16. So if it was born the day before…. Possibly earlier, then the doe was bred on October 27th using 201 days for gestation. That’s early.

Bobcat in the backyard ! On another note, I've never heard this cam make this loud click in any other video. I hope this isn't a sign of things to come.

I hope fawns make it. Haven't seen one in a while.

Mom & fawn are behind the house now. 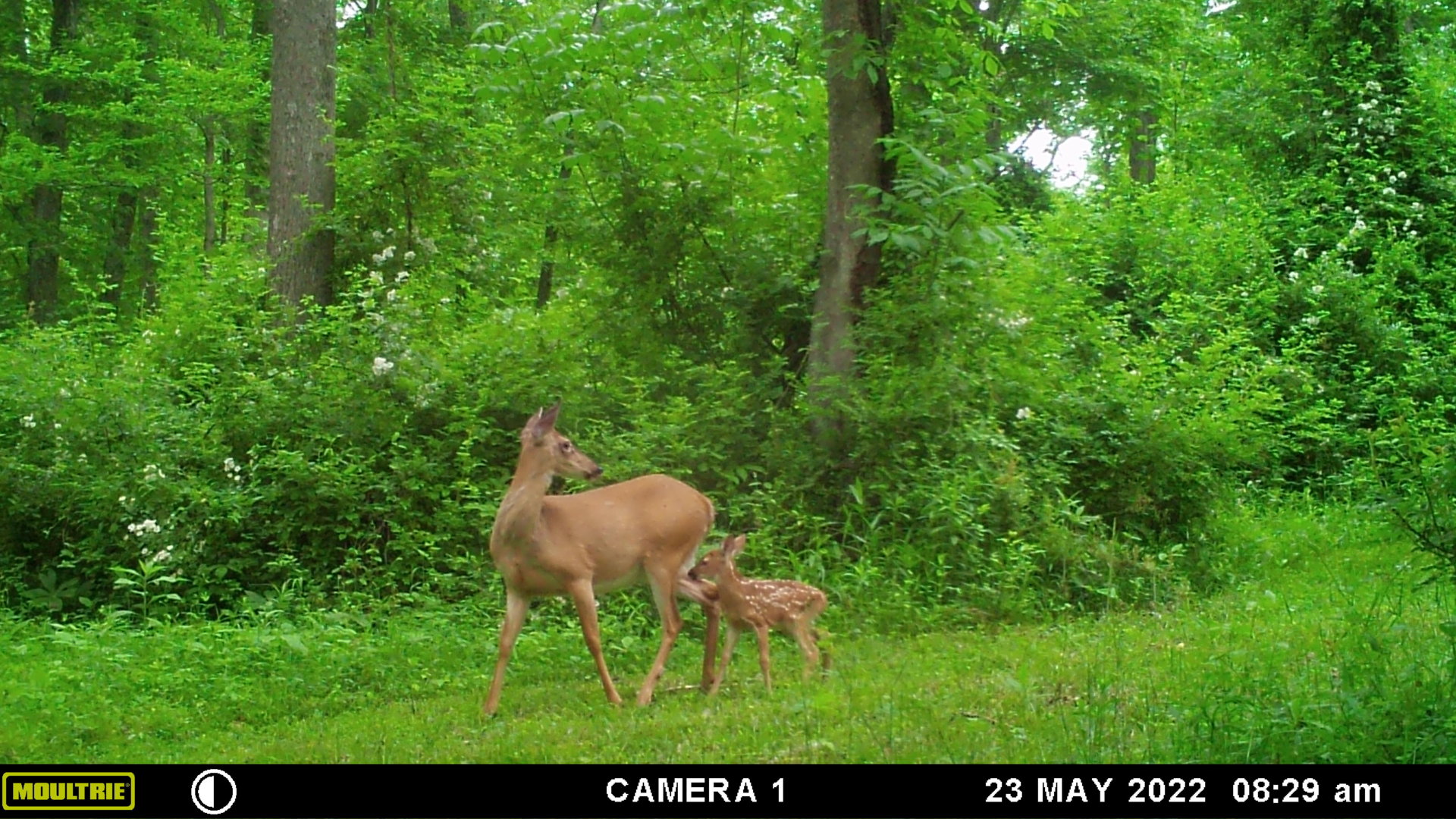 Reactions: Wildlife, giles, Outdoorsfellar and 3 others

I didn't know where to post this, nothing about nothing would probably be more appropriate, but I just got home a bit ago & my neighbor's son pulled in behind me. He wanted to know if I had any cams running & I told him so. Anyway, he said that his dad was sitting out the other morning, as usual & claims to have seen a bear & two cubs cross over between our houses. I dunno. When I told my wife about the visit, she claims SHE might have seen what she thought to be a cub in the same area where he saw something, when she was out sitting in our back porch the other day, but later in the morning, so I dunno about that either. it caught her off guard, so she wasn't sure. It never occurred for her to tell me... sheesh.
Reactions: Spencie, Sgt Fury and "J" 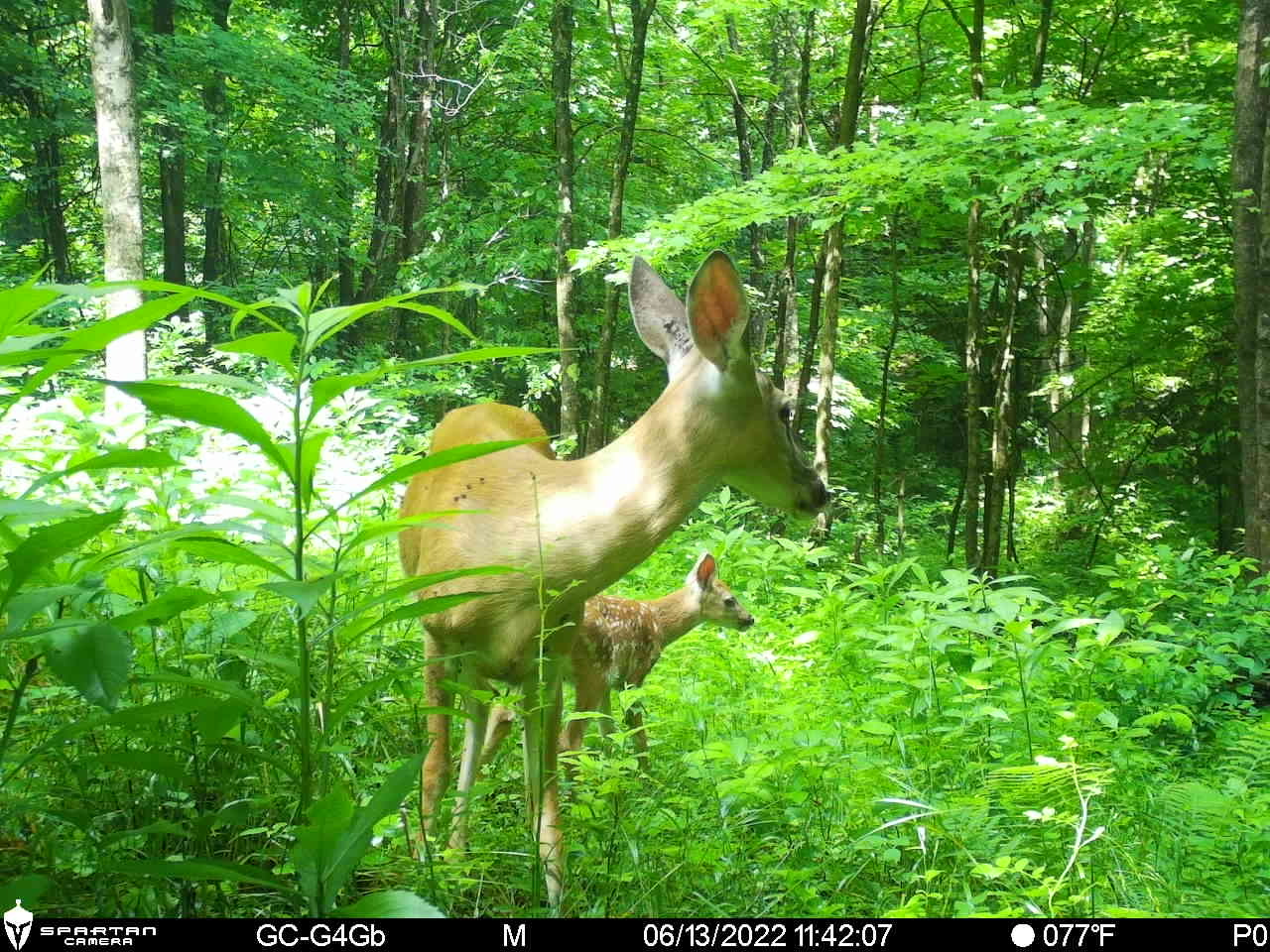 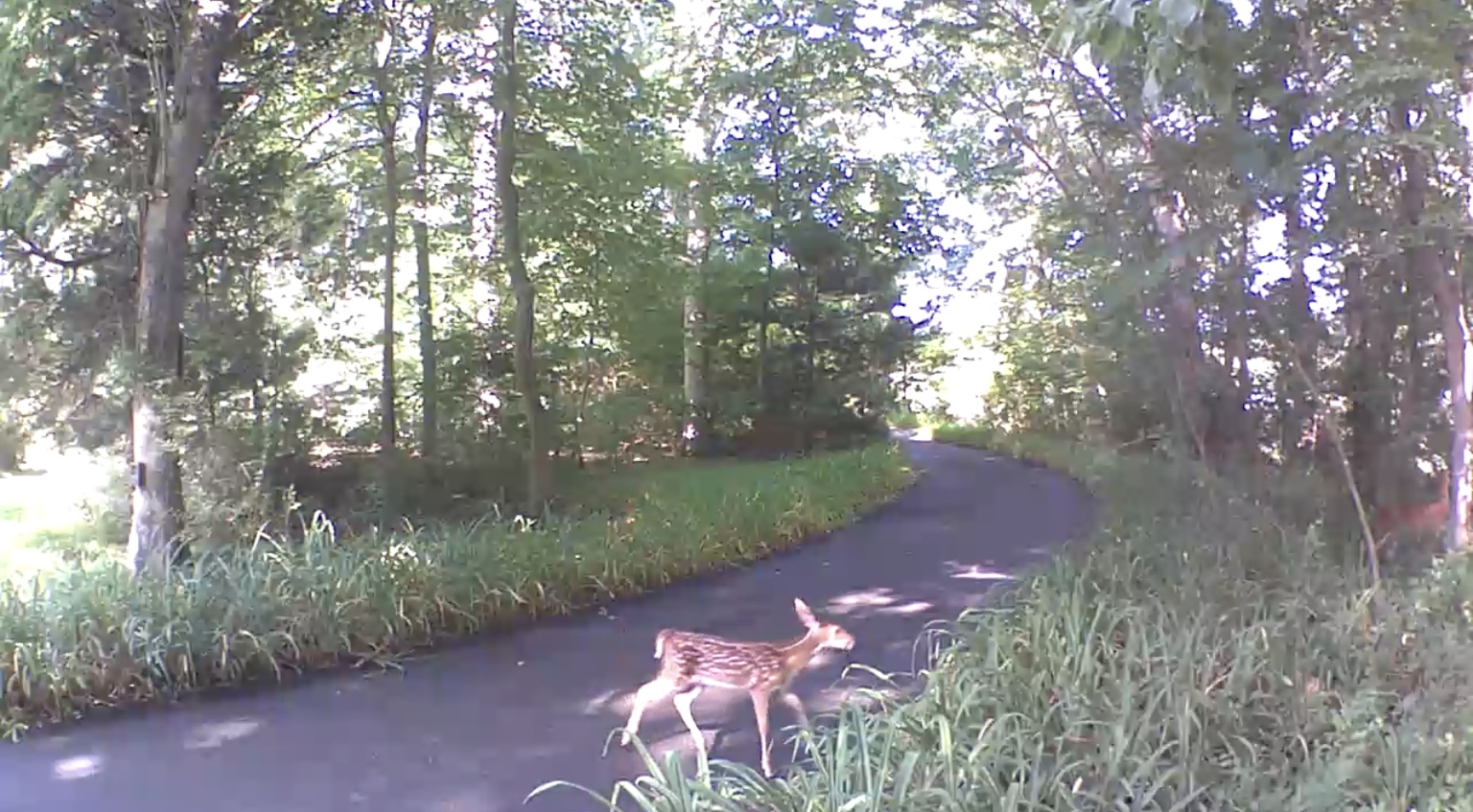 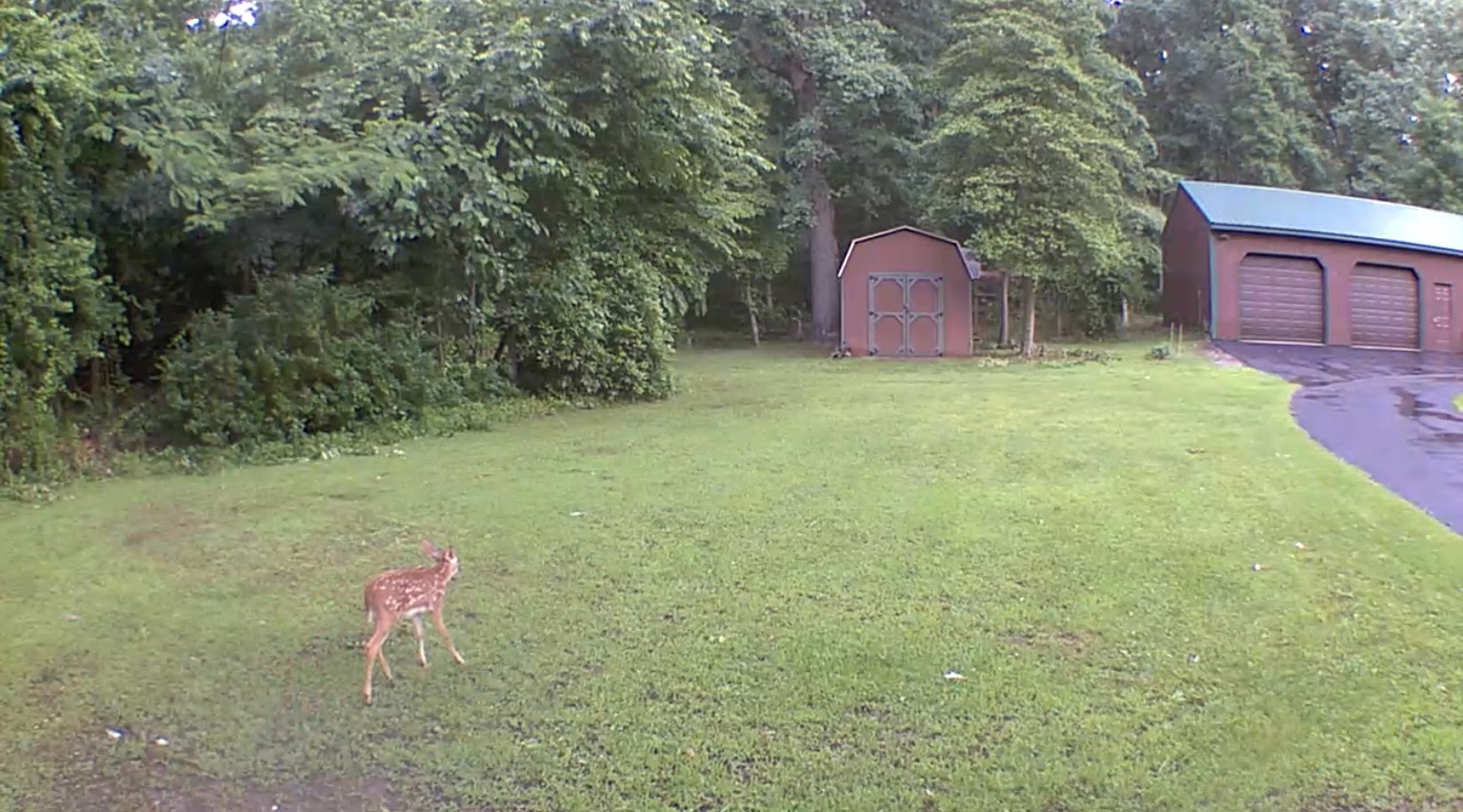