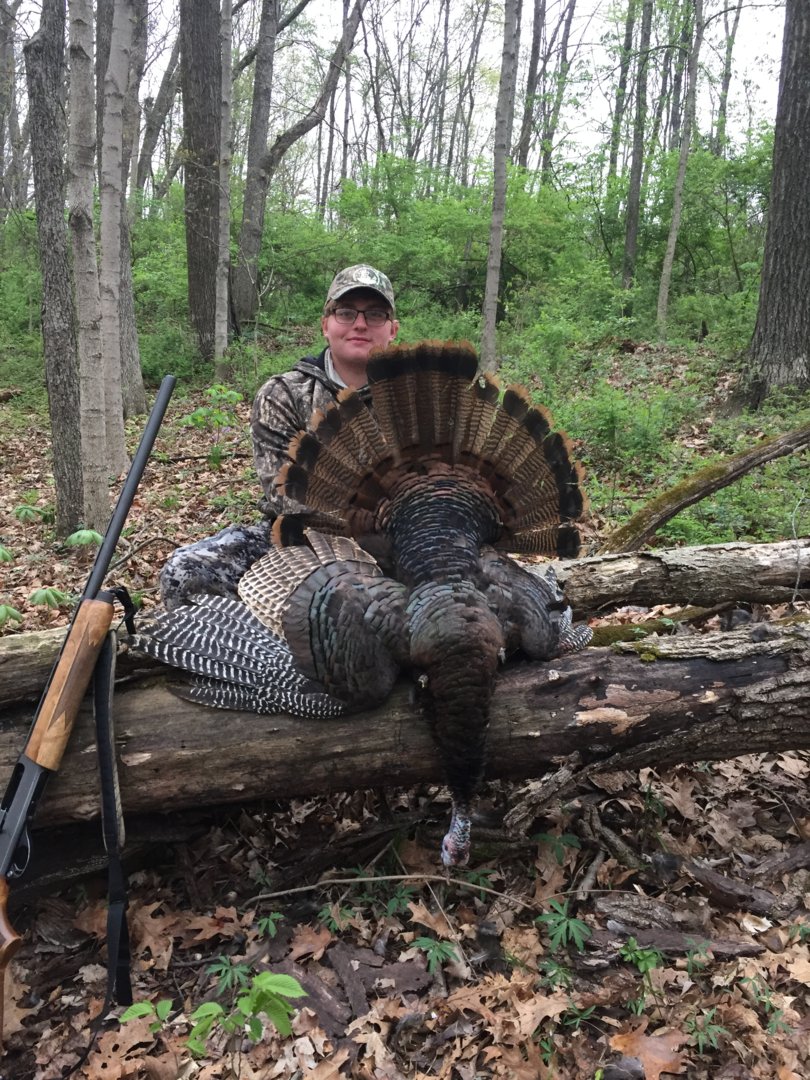 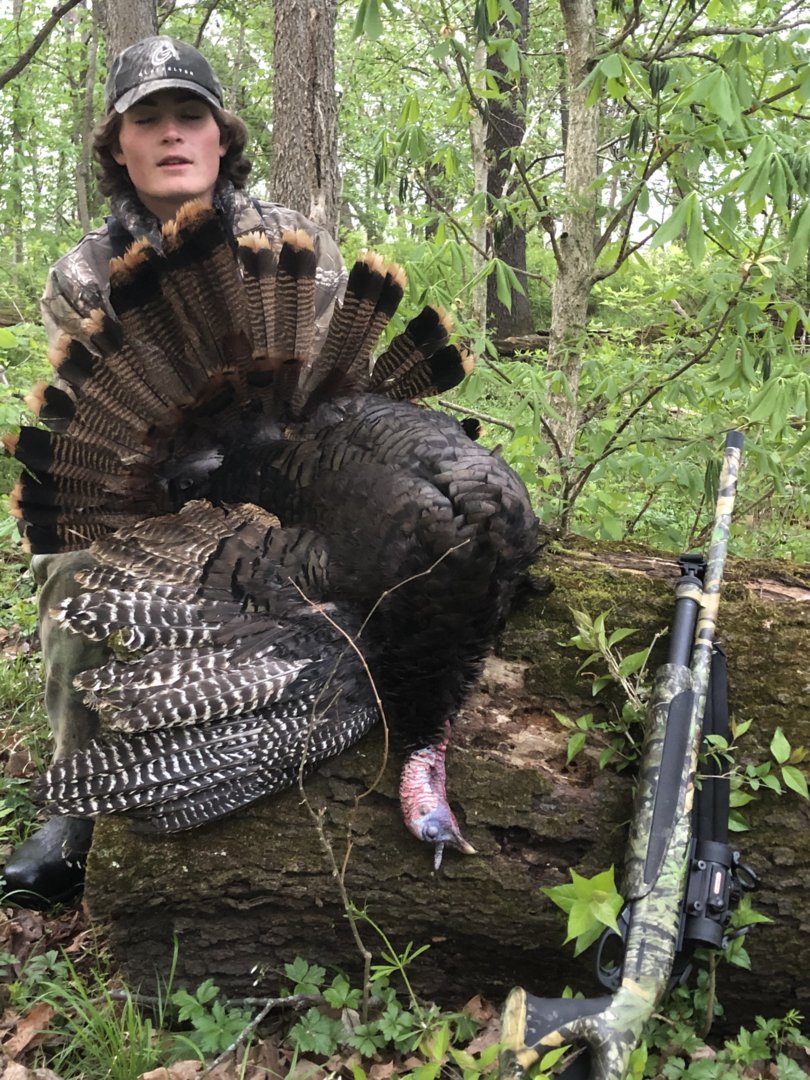 These two have practice at 9. Apparently they weren’t too picky today.
Reactions: PG2, Quantum673, Spencie and 24 others

Nice, congrats to them!

Nothing in range but they had some action. In for some food and possibly the day.
Reactions: Isaacorps, Hedgelj, cspot and 1 other person

No luck this morning watched 4 toms working a hen on neighboring property but wouldn’t come our way. Still awesome morning in the woods!
Reactions: Spencie, Isaacorps, Hedgelj and 2 others 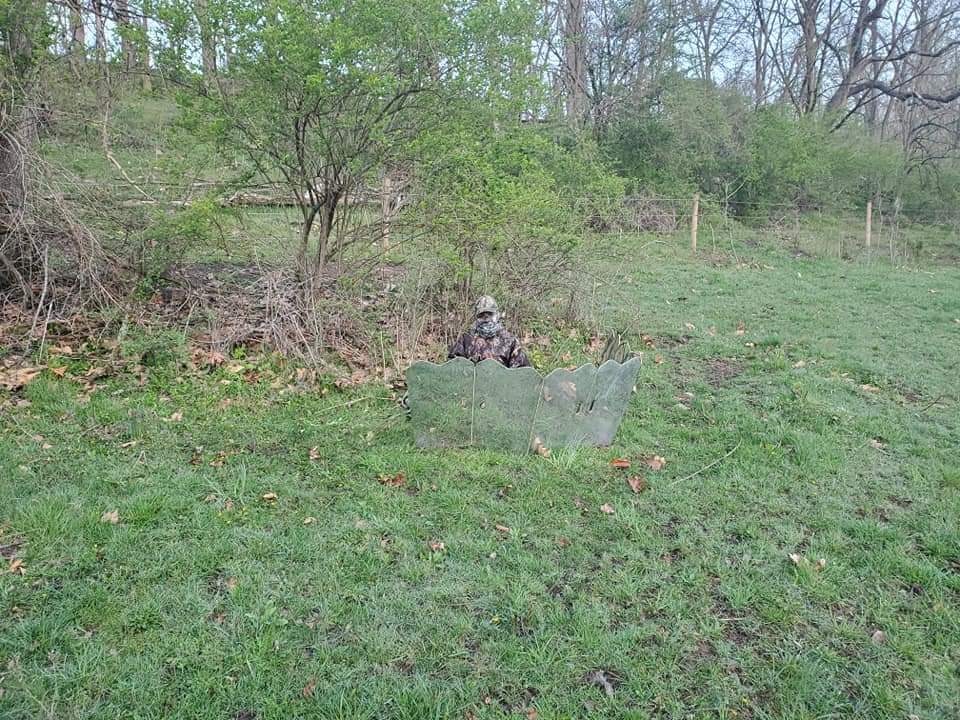 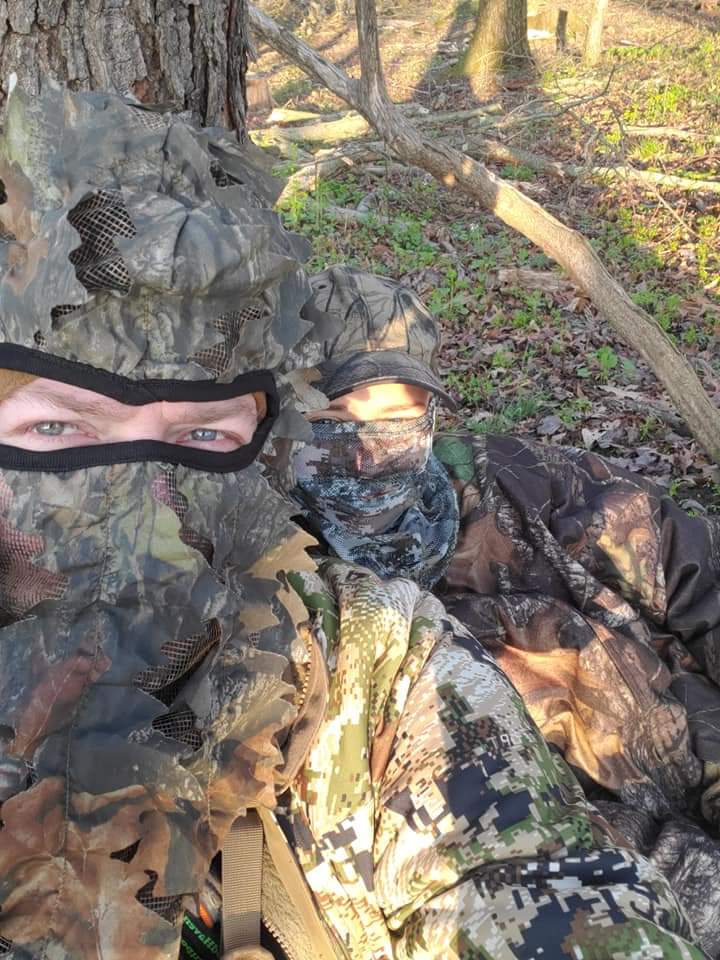 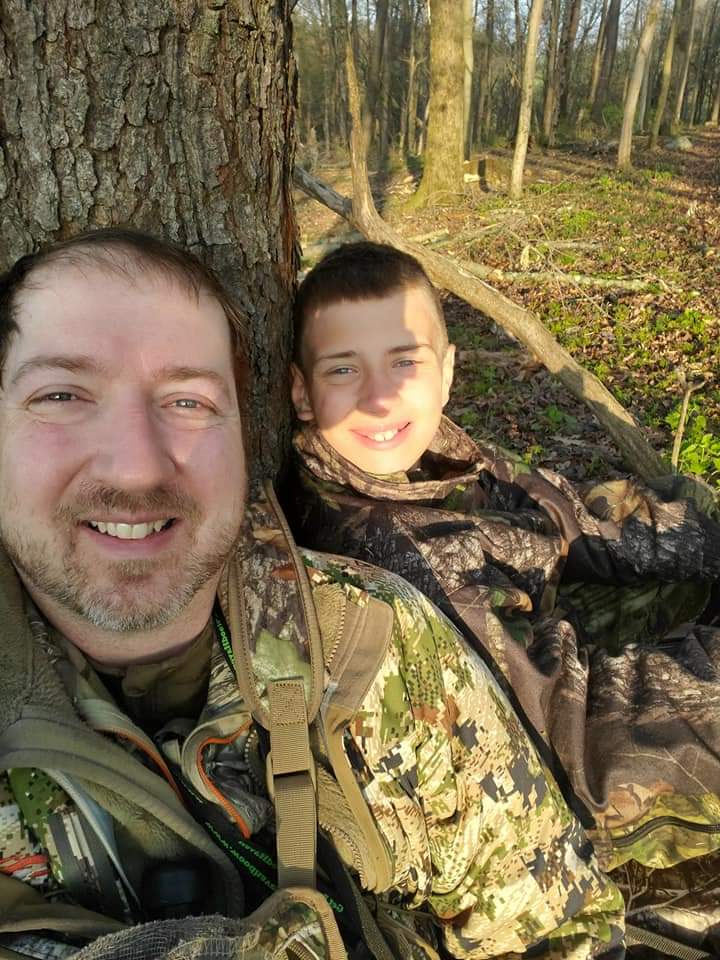 It was a great morning. I woke up at 4am and couldn't get back to sleep. Woke Cooper up at 5. He notoriously falls back asleep on school mornings. I went upstairs to make coffee, and he was coming out of his room dressed and ready before I finished getting the coffee maker going, lol. We got set up and heard a gobbler about 100 yards away. Let him gobble on his on for 5-10 minutes and then I clucked at him. At that point it sounded like the whole damn hillside lit up with hens but it was actually 5. I did my best to sass them and get them (and him) fired up but he just gobbled on his own. Watched them fly down (they skylined themselves) and they led him away up the hill from us. Waited a bit and then made a move to get to another spot but Columbia gas came out in their truck to check the gas well 20 yards away from us so we called it a morning to get to brother and sisters soccer games.

The plan is to go to a different part of the farm tomorrow and try to get a bird that isn't so henned up. If no luck come back and try him later in the morning or early afternoon to see if his girlfriends have left him lonely.

The best part was the look on Cooper's face and how he straightened up when the first gobble sounded. At one point when I was sassing the hens and they were lighting up and then he gobbled I asked Cooper if it was more exciting when he was the one carrying the gun and he said yes.
Reactions: Spencie, switchhitter, Big_Holla and 14 others

Congrats to both of them @brock.

Doug, if you saw the direction they went, can you set up where they wanted to go? That would be a solid plan, you wouldn’t even need to make a call. Those trashy hens will walk away from you if you did call most likely. As you know they often roost in the same area daily this time of season.
Good luck!

brock ratcliff said:
Doug, if you saw the direction they went, can you set up where they wanted to go? That would be a solid plan, you wouldn’t even need to make a call. Those trashy hens will walk away from you if you did call most likely. As you know they often roost in the same area daily this time of season.
Good luck!
Click to expand...

I know what they went but not exactly enough to ambush them reliably. That's why I'm going to go after different birds and then try after he gets lonely.
Reactions: brock ratcliff
B

Couldn't hunt today but we're heading out in morning to some newly aquired property.

Don't do much anything hunting with a gun anymore so can someone refresh my memory on plugs in guns. They needed or just no more than 3 shells in gun?
Reactions: giles

No plugs needed , No limit on shells for turkey .
Reactions: Chancegriffis, Buckkillr and giles

We had a great hunt but went 0-2...Called in 3 Jake’s. They backed out to about 50 after a miss and then ran back in with a Tom who also managed to live another day..

As Brock says, all the fun and none of the mess

tracker 6 said:
No plugs needed , No limit on shells for turkey .
Click to expand...

Correct, that is for migratory birds. Which a turkey is NOT.
Reactions: Buckkillr
B

Thanks guys, off we go.

Good luck everyone!!!
Reactions: giles
B

Blow them snoods off boys and girls. Wanna see some pics
Reactions: giles