Anyone use a pellet rifle on Squirrel ?

Reason I ask
My aunt lives just outside of town and is tired of the tree rats eating all the bird feed
But she dosn't want me to BLAST them , as she has several do gooder neibors

i tried when i was younger , 40 feet max is distance i would take a shot at one with air rifle

Not since I was a kid-Crossman C02.

Air guns have come a l o n g way since then. Some are pushing the FPS of a 22

Well the Loooooong shots were 25 feet and the closest was 3 feet
Both me and my Aunt got our limmits , taking turns with my rifle

Even my 60 something Aunt that had never hunted before ( she has shot a rifle before ) , had no problem
She just used a rolled up rug as a rest and waited for a easy shot

I now have Squirrel in the freezer and a invite to kill a few more
Well not exactly a invite .....She is demanding I reduce the population a lot

Nice way to spend the morning and a visit with aunt can't be that bad either.
Does she bake cookies?
R

Your aunt is cool! 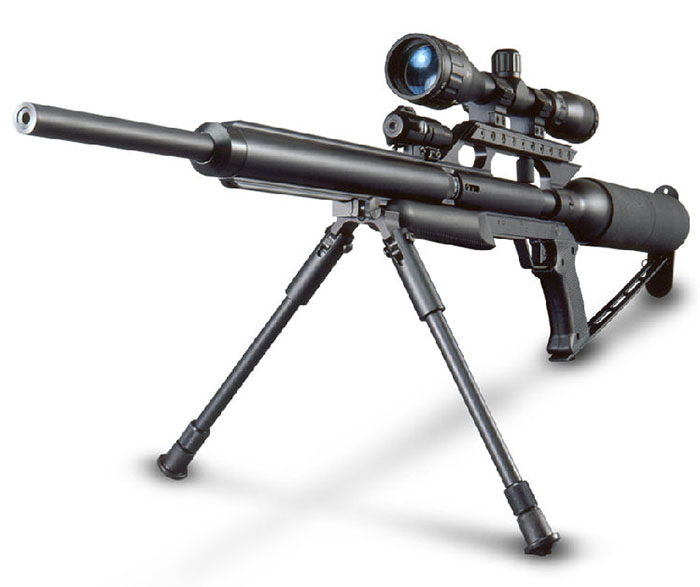 With the scope it weighs more than 8 lbs

john, i just got one and may do some late season plinking...it has been 15 years since i kilt a sqirrel.. time to relive what got me started..that gum you bought has plenty of power...whackum in the noodle

tuffshot said:
Nice way to spend the morning and a visit with aunt can't be that bad either.
Does she bake cookies?
Click to expand...