I'll begin by saying I don't believe anyone can have this down to a science. This is after all an animal that possesses a sense of self-preservation honed over hundreds of thousands of years. No matter how finely tuned that sense is however, it can always be exploited. I've managed to witness this flaw exploited with consistency on a yearly basis, and have intimate knowledge of 8 mature bucks ranging from 130 - 185 who fell to this method. A few years ago I shot a respectable 131 inch 7 point (mainframe 8 with a missing G1) not 30 minutes after arriving on stand on my second hunt of the year.

Availability.
You first need to have a mature buck available, and you need him to call your hunting area home. Very rarely, if ever, will you force a roaming buck to suddenly up and change his core area because you dumped some bait.

Control.
You need to have the ability to control traffic to this area. If you share the property with 10 other jackwagons who throw caution to the wind; you're fighting a losing battle. If you can locate a secluded portion of the property they never venture to however, you may still be in business. Control is the most critical element to this entire thing.

Access.
You need the ability to access the area preferably with a motorized vehicle such as a quad or side by side. Besides the obvious ease of delivery, the noise plays a critical role that you'll see later.

Location.
You need the bait location to be within close proximity or even inside thick cover. A hundred yards away from cover out in mature timber is not a good spot. The edge of a field is another nogo. Both of those require the buck to expose himself which is something we all know they detest doing. Get that bait into an area where he feels safe visiting prior to dark, and feels that he can easily make an escape if need be. Place the bait so that the setting sun is not directly behind you when you're on the stand. Ideally, this is also going to be relatively close to his core bedding area. Far enough away where he feels comfortable staying put when he hears a quad approach, but close enough that he can easily make it to the bait before the end of legal shooting light.

Consistency.
I can't stress this one enough. Be consistent. Load the bait on the quad and drive to your spot. Leave the quad running when you get off to dump your bait. Dump the bait, swap cards, then hop on the quad and leave. Putt along at a leisurely pace in and out and do it the same every single time. Do this three hours before dark once or twice a week. The once or twice a week will be dependent on consumption of the pile. If you have a lot of deer and coons you may want to start at twice a week; even if at first you still have bait on that second visit. Don't get hung up on the clock, deer can't tell time, but they can always tell how long it is before sunset. Before season this may be around 6pm, as season approaches, and before the time change, it may be closer to 4pm. Deer don't have calendars and don't understand days of the week, but they very much understand timeframes and days between events. Wednesday and Saturday, or Thursday and Sunday are good times. One of these days should be a day you are more likely to hunt.

There is Method In Your Madness.
What you're attempting to do is social conditioning. You're using a bucks method of self-preservation against him. His natural instinct is to identify and pattern danger while maximizing his opportunity. He will lay in his daytime bed and listen to you arrive on your quad, he will hear you stop, and he will listen to you leave. He will hear this with consistency at the same time of the day (three hours before sunset), around the same timeframe (every 3 to 7 days). He will figure out that you are dumping food that he can use for himself on a consistent basis. He has no concept that the food is for him, but his natural instinct will be to utilize that food to his advantage. He will begin to feel confident that he listened to the danger arrive and leave, and that he can slip over there before dark and remain in cover to grab a quick bite. You will begin to notice a pattern emerge on camera, pay attention to it. What you're doing is feeding him a narrative and conditioning him to believe he has you down pat.

The Time Has Come.
Within the first three weeks of season or so there is always a short-lived and mild cold snap. It may not be huge or longlived, but there is always a shift in seasonal weather around this time. The day or so before it arrives is the time to strike. Have someone assist with dropping you off three hours before sunset like every time before. Take a bag of bait and drive to your stand on your quad; explain to them the need to leave at the same pace you drove in at. When you arrive at your stand do just as you have done so many times before, stop the quad and leave it running. With your buddy still on the quad dump the bait and climb up in your stand. Once you're up and locked in motion for the person to drive off. It's imperative that you take bait. I have never seen a deer that didn't stop to look over a bait pile before committing. You do not want him to arrive and notice that new bait hasn't been delivered. Since this is abnormal to every time before, he will get skittish and may not commit. He thinks he has you patterned down to a T and his visit is as safe as it always has been. You've conditioned him to believe this to his core. What he has no way of accounting for is that this time you didn't leave.


Massive Don'ts
Do not ever hunt this spot in the morning. Even if your cams show him arriving after daylight. While it will be tempting to think you can sneak in, the reality is you have no idea where that buck is in those woods at that time. I can almost guarantee that before daylight when you walk in he is not in his daylight bed yet. The odds of him hearing or smelling you is too great and it will destroy every bit of conditioning you've done.

Don't get in a hurry and tear ass back there to dump bait or leave. This variation causes doubt in his mind of his ability to pattern you.

Ol two piece had my ass patterned. On days that I would check my camera on the field edge using my side by side he wouldn't show up until 30-40 minutes after dark. When I got the conditions to hunt him again I got dropped off a couple hundred yards away, walked to the tree, and hung my stand. He came out 10 minutes before legal light ended.
Reactions: bigten05, OO2 and MoonLab

Very good info. Back when I had the time, I did this at my place daily. Like clockwork, at noon every day I would take half a 5 gallon bucket out and swap cards. Got the deer so trained that a couple of doe would let me ride by them within 10 yards and never move.

I also tried to sneak in in the morning a few times...never worked and I blew the place out every time.

I also believe you need to dress the same every time. Down to the hat and gloves.
Reactions: bowhunter1023

Very informative Joe, thanks for sharing...

Wish I had some mature bucks

Good read Joe! Letting them pattern you is a concept I have been messing around with for only a short time. I don't have enough data yet to report anything solid, but It does seem to exemplify your experiences.

Wish I had some mature bucks

Someone told me that Stark County has more mature bucks per deer capita than all other counties combined?
Reactions: Bigslam51

OhioWhiteTails said:
Someone told me that Stark County has more mature bucks per deer capita than all other counties combined?
Click to expand...

I also believe you need to dress the same every time. Down to the hat and gloves.[/QUOTE]

Interesting. Never heard of that before.

Great write up and great info Joe. Thanks.

I also believe you need to dress the same every time. Down to the hat and gloves.
Click to expand...

Interesting. Never heard of that before.[/QUOTE]
I was originally told that by an old man when I was probably 13-14 years old. Later on that old man found the internet chat forums and I’d rather not include his name. That fella would hunt in regular cloths and knew every deer in the area and it’s habits. Helped me kill many of deer...could probably find him in Da Wanye and he’d tell you all you ever wanted to know around a campfire. Maybe invite him out for dinner at Sonic.
Reactions: Thunderflight, hickslawns, bowhunter1023 and 1 other person

giles said:
I was originally told that by an old man when I was probably 13-14 years old. Later on that old man found the internet chat forums and I’d rather not include his name. That fella would hunt in regular cloths and knew every deer in the area and it’s habits. Helped me kill many of deer...could probably find him in Da Wanye and he’d tell you all you ever wanted to know around a campfire. Maybe invite him out for dinner at Sonic.
Click to expand...

giles said:
I was originally told that by an old man when I was probably 13-14 years old. Later on that old man found the internet chat forums and I’d rather not include his name. That fella would hunt in regular cloths and knew every deer in the area and it’s habits. Helped me kill many of deer...could probably find him in Da Wanye and he’d tell you all you ever wanted to know around a campfire. Maybe invite him out for dinner at Sonic.
Click to expand...

No, no it wouldn't...
Reactions: Jackalope, hickslawns, MoonLab and 1 other person

....I've seen pictures of Jesse dressed up like him TOO!
Reactions: giles

How do you guys know who I’m talking about?!

Could be anyone...or any one.

giles said:
How do you guys know who I’m talking about?!

Could be anyone...or any one.

I’m thinking his initials would probably be GT....
Reactions: hickslawns 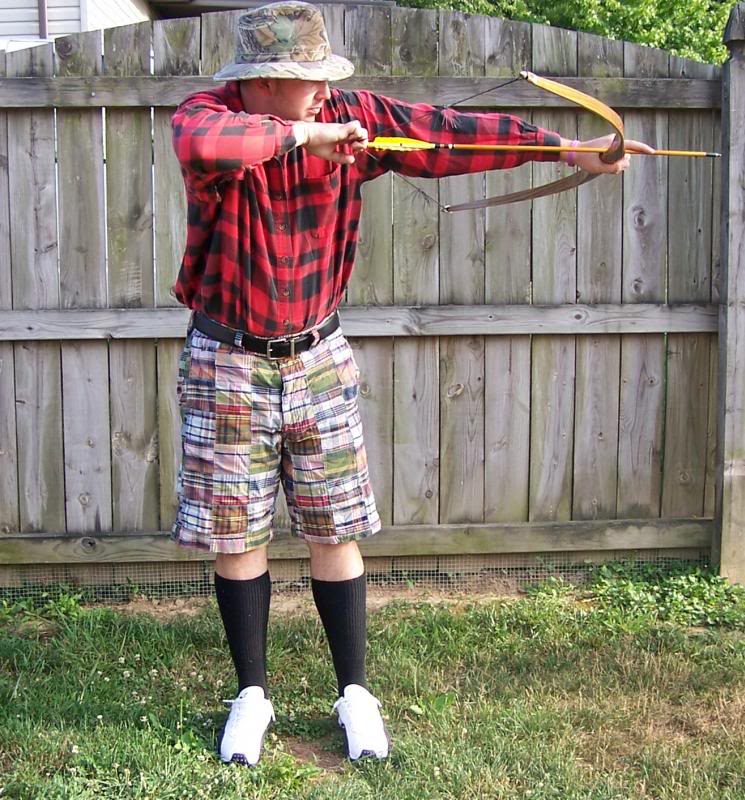