He killed his largest bird ever at 7:30. BUT GET THIS! He was hunting a 150 yards or so away from the landowners house in a blind. He was in the blind from 1100 till 7:30 when he shot this bird. He actually watched him breed a hen moments before he dusted it at 42 yards with his Benelli. He said he passed on a couple jakes earlier in the day but was holding out for a tom. He gets back to show the landowner and UNBEKNOWNEST to him the landowner VIDEOED it from his house. The whole freakin episode! SO, He got his biggest turk, saw his first breeding ritual and got it all on tape! The beard measured 10.25" and he only had one spur at 1 and 1/8. The other spur was busted off. If he shoots me a copy, I'll be more than happy TOO share it with YA'LL! Congrats Tim! 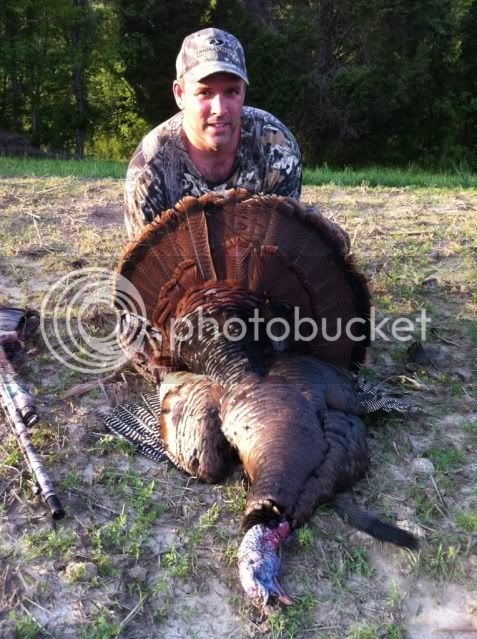 Least he got laid before he died...Couldn't we all be so lucky...lol

Carpn said:
Least he got laid before he died...Couldn't we all be so lucky...lol
Click to expand...