Finally got into them good!

Yesterday morning I got up at 3 a.m. and made the 75 mile trip up to a lake erie marina. My dad and brother did some scouting throughout the week so I knew it was going to be worth it.

We were set up and fishing by 5:30... my brother and I in my shanty, and my dad was across the dock in his own shanty. We manage to catch a few 'gills, but the action didn't really start until about 7:30 a.m. With the gold diamond jig tipped with waxies, we started crankin in the crappies and 'gills pretty steadily. I was fortunate to have the "hot hole." My brother was not 2' ft away and yet somehow I caught 4 times more fish than he did... same set ups, same jigs. After an hour or so I tipped my jig with soft plastic instead of the waxies, just to try something different. I turned out to be a great move because I really started hammering them then.

By 10 o'clock or so, the fish on the bottom (6 fow) started getting real finicky. They'd charge in, nose the bait a little bit, then turn the other way. I assumed they just weren't quite as hungry anymore. However, I noticed that if I started jigging it up away from them, they'd begin following it. So I abandoned my camera and started sight fishing over the hole... jigging slowly from the bottom all the way up to the hole. Sure enough, my hunch was right. Just as the jig would get within 2 ft of the hole, the crappies would fly up from the bottom and smack it! So for the last hour of fishing I relied on this tactic and it produced some pretty nice fish.

In the end, the trip was more than worth it as it ended up being my best day on the ice so far this season. The best part was learning a new deadly tactic. Without that underwater camera, I would have never figured it out. It just goes to show you that 1)live bait doesn't always outfish artificials, and 2)it never hurts to think outside the box and try something different. In total, I ended up keeping 2 jumbo yellow perch, 5 bull bluegills, and 26 white crappies! What a day! 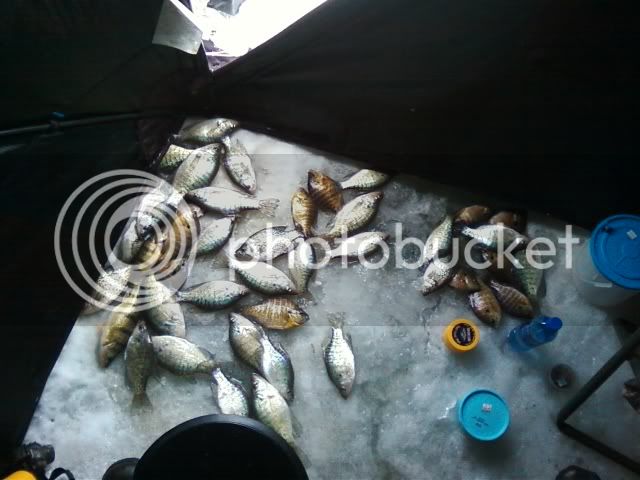 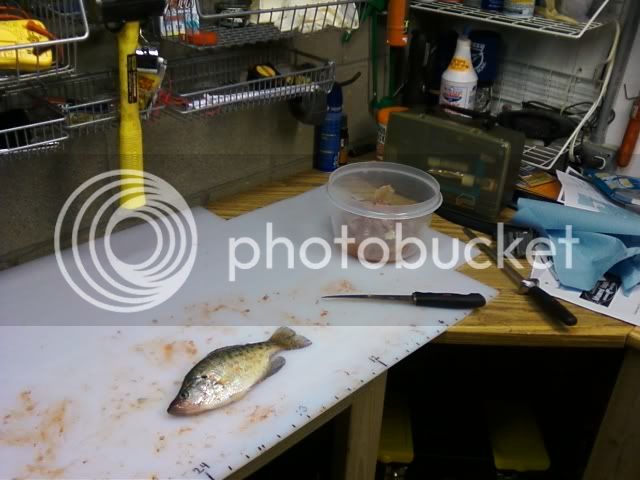 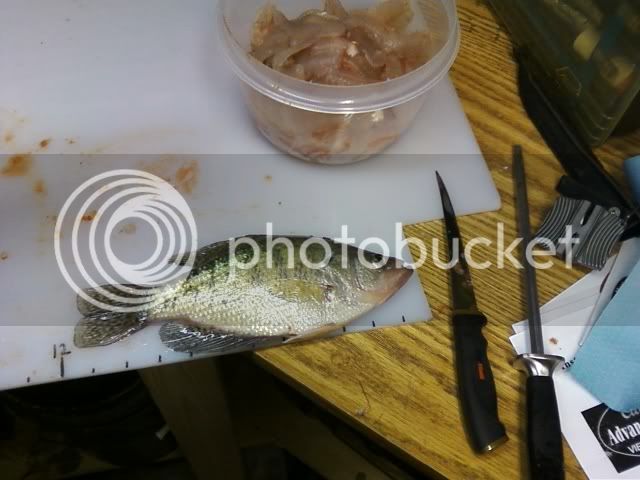 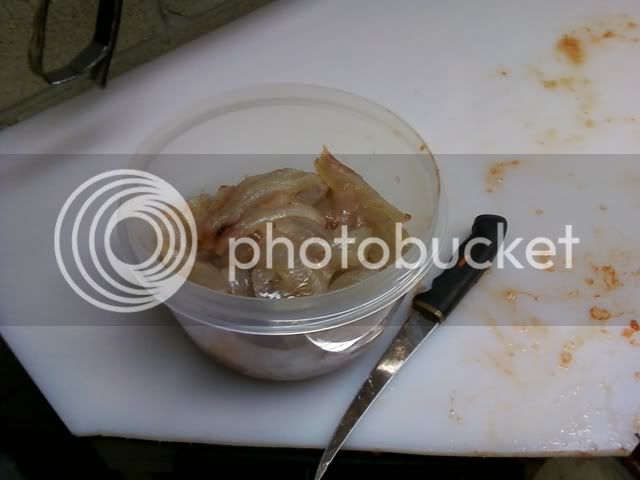 Awesome day!! I am a little jealous:smiley_coolpeace:
R

Sweet! That workbench you've got turned out quite nicely TOO!

Cap't Ernie said:
Sweet! That workbench you've got turned out quite nicely TOO!
Click to expand...


Tell that to my wife... she bitches about it all the time, telling me it's just a junk collector. LOL Damn women. Thanks to Dan for hooking me up with some sheets of plastic, it's the cat's ass for butchering deer and cleaning fish! It's at just the right height... I can clean fish for hours and not get a sore back.

Damn! That's a day TOO have right there.

Sweet!!! Looks like a heck of a good day.

Nice dude, way to hammer em...So you have an underwater camera? how did you set it up?

rgecko23 said:
Nice dude, way to hammer em...So you have an underwater camera? how did you set it up?
Click to expand...


It's pretty easy to set up. Drill two holes beside each other, distance apart is determined by water clarity... mine were about 24" apart. Drop a big lure down your fishing hole, camera down the other. Then you just twist the camera cable until you find your lure on the bottom. I have a sweet setup for rotating and setting depth for my camera... it's more elaborate than I just explained but that's the gist of it. I should start a thread describing my setup in detail... it's pretty slick. That camera is without a doubt the best tool in my sled. I catch fish that I would normally never even know are biting.

JBrown,
I'm glad someone's getting into them. I've been on a dry spell, for a couple of weeks. All I've been catching are little ones and the big fish are not biting.

Bowhunter57 said:
JBrown,
I'm glad someone's getting into them. I've been on a dry spell, for a couple of weeks. All I've been catching are little ones and the big fish are not biting.


I definitely feel your pain, man. That's the way it's been for me all season up until this past weekend. I just lucked out... my brother found a dynamite spot and talked me into making the trip. I might be heading to Mosquito Lake this weekend so we'll see how that goes... it'll be my first time fishing there.
U