My buddy, who works in Ohio, was allowed by his boss to put a food plot behind the workshop. He finished up the food plot today. I should have some good pics in the coming weeks. This is the same spot where he took all thos pics last year.. It's a crazy spot.. You wouldn't think any self respecting buck would be caught on that property. But hold on.. Were gonna get some monsters on here.

Btw.. It was seeded with Whitetail clover

Here's a couple of the ones from last year...

Most times we'd only get 1 picture of these bucks..seems they passed thru just once..never to return...The only buck that stayed in the area consistently was the half racked lookin thing.
Last edited: Jun 13, 2011

Interested to see how the food plot impacts these deer Mountaineer. I am curious if some of the one time pictures start showing up more frequently. Hope it is successful for him.
D

Looks real good! Would like to see some of them buck this year!!

This spot is next to a major interstate and is basically an urban setting. Warehouse district...but for some reason this small woodlot will at sometime be a crossing for nice bucks..They just show up one time and thats it...This food plot is more of an experiement rather to hunt over. He has very few pics of deer in the daylight..However..the food plot may change things...Lets see what happens in the next couple months.

I thought you only hunted deep woods bucks that never see people......:smiley_chinrub:

Gern..
Nahh..I have No desire to hunt over that food plot....It would feel weird....I just cant see any self respecting buck stepping into an open field like that and in Daylight hours?..Not hardly:smiley_asswhip:.....Rule #1...Big bucks are killed deep in the timber.:smiley_bril:

Food plot update. After one week since being planted

Ok fellows.. First nice buck to show up on my buddies cam in Ohio. Date is wrong.. Pic was taken last evening.

Should be a steady stream of pics for you guys from here on out..This should be fun to see how many bucks cone through this spot.

You'd be amazed at the hunting oppurtunities in areas like that. I've hunted yotes, ducks, and gesse with Kaiser in areas like that and saw one of his stands that would make any of you shake your head. But once you see it from above, you see why it would be a good stand if you could handle the interstate 100 yards from your stand!

Yeah... I think you're right. However it seems these big bucks pass through in the darkness never to be seen again.

This cam is 75 yards from I 70 and behind warehouses.. It seems crazy but they somehow exist.

Jesse said:
You'd be amazed at the hunting oppurtunities in areas like that. I've hunted yotes, ducks, and gesse with Kaiser in areas like that and saw one of his stands that would make any of you shake your head. But once you see it from above, you see why it would be a good stand if you could handle the interstate 100 yards from your stand!
Click to expand...


Largest deer I ever killed was within a 1/4 mile of a decently busy airport.

This deer was within 60 yards of a main freeway. 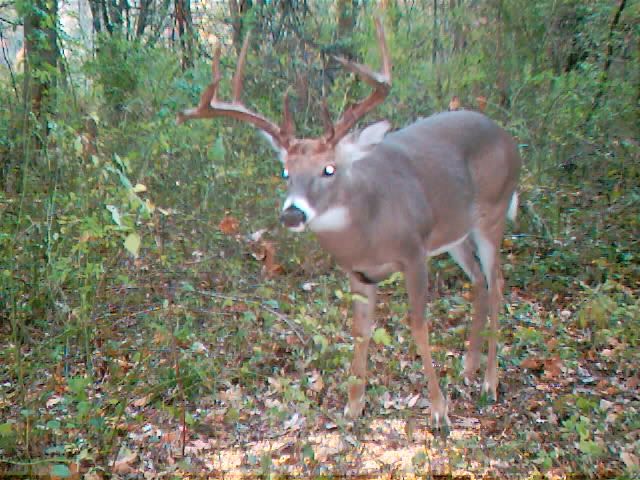 The day after this photo was taken he commited suicide after jumping off an over pass. and yess thats a citie worker holding him. 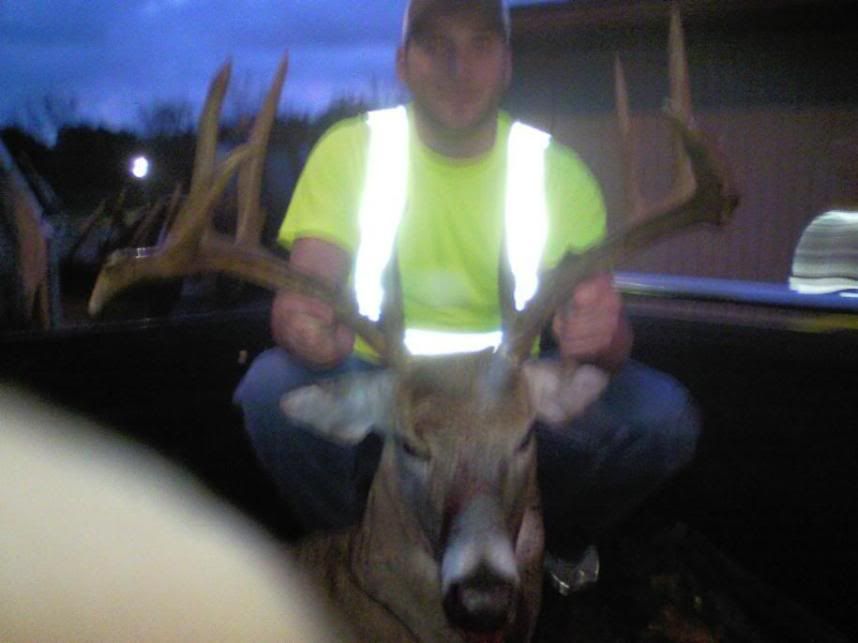 HEre are some deer from the area jessie was talkngi aobut above. These photos were taken within feet of I-77 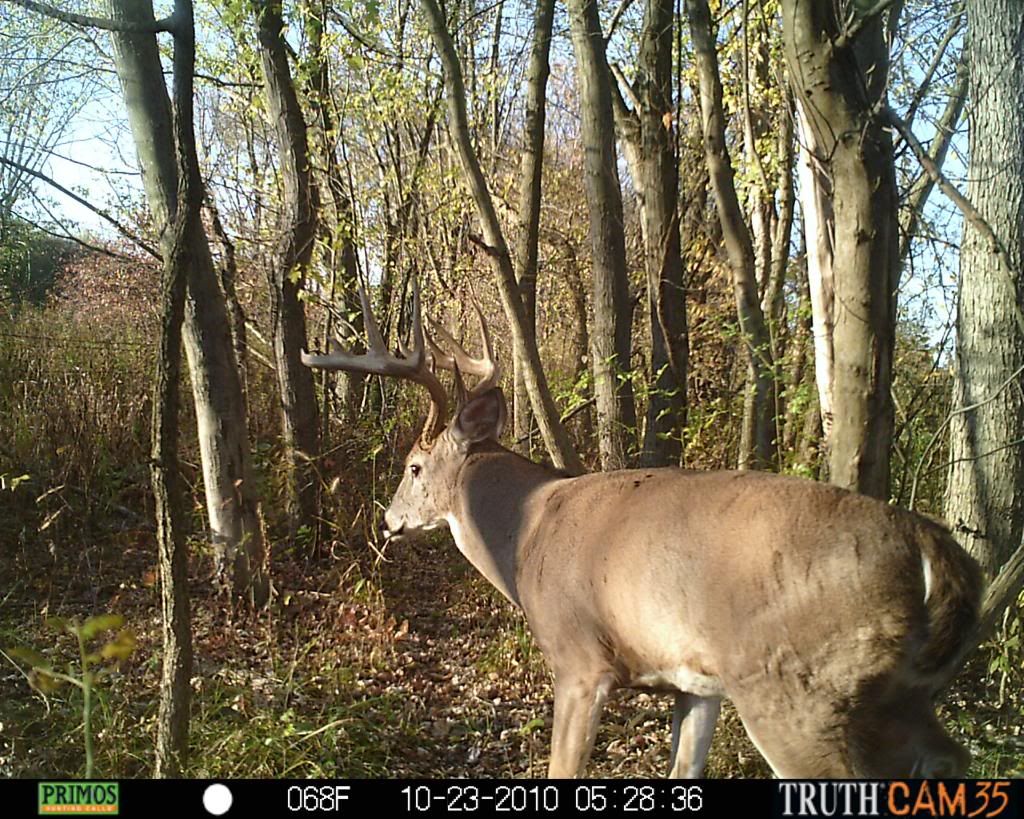 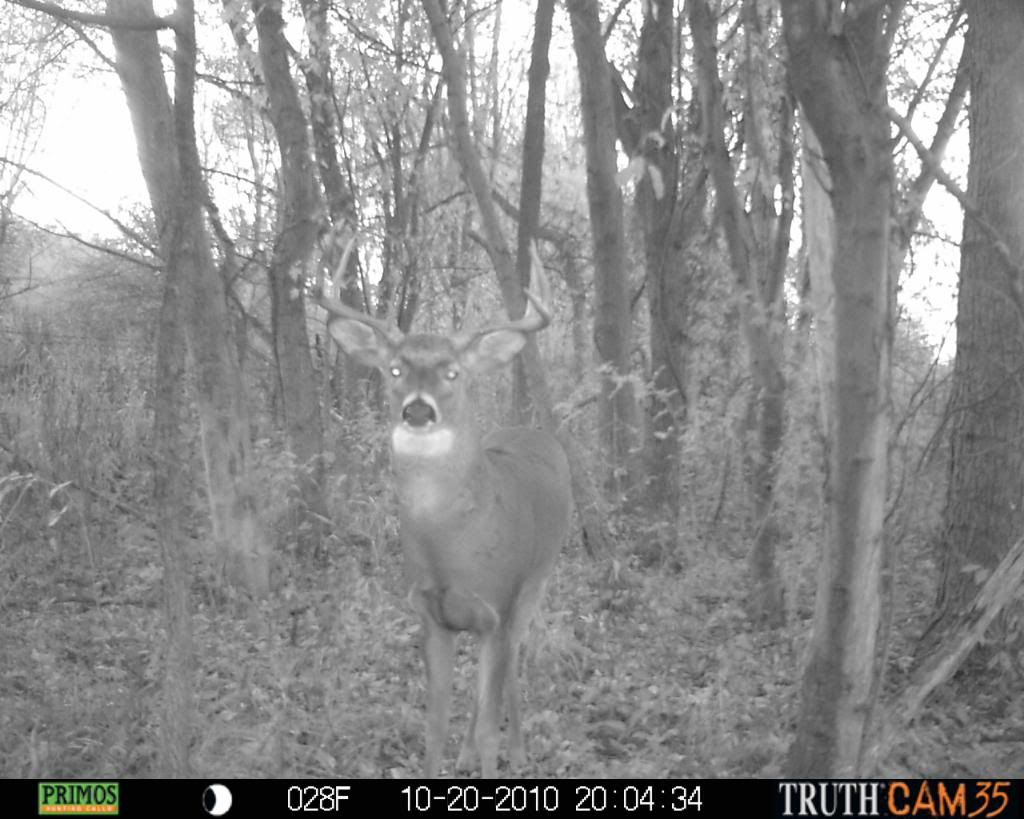 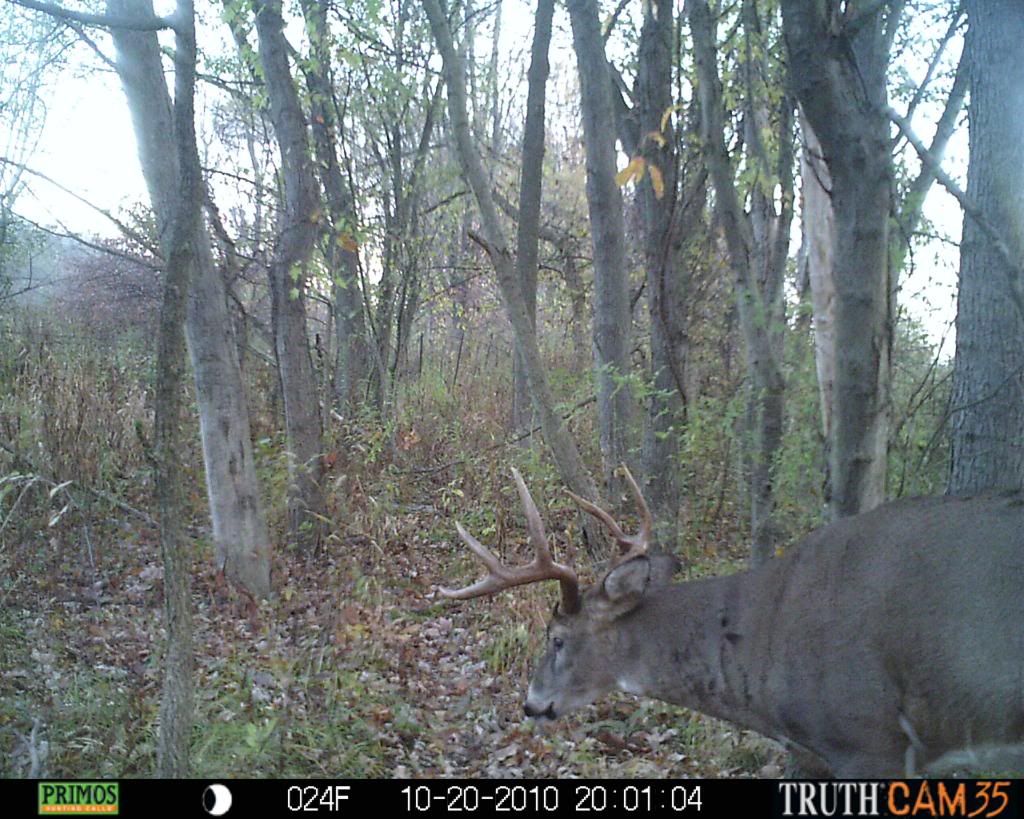 These last two photos were about 10 min after he was under my stand.
again..same spot: 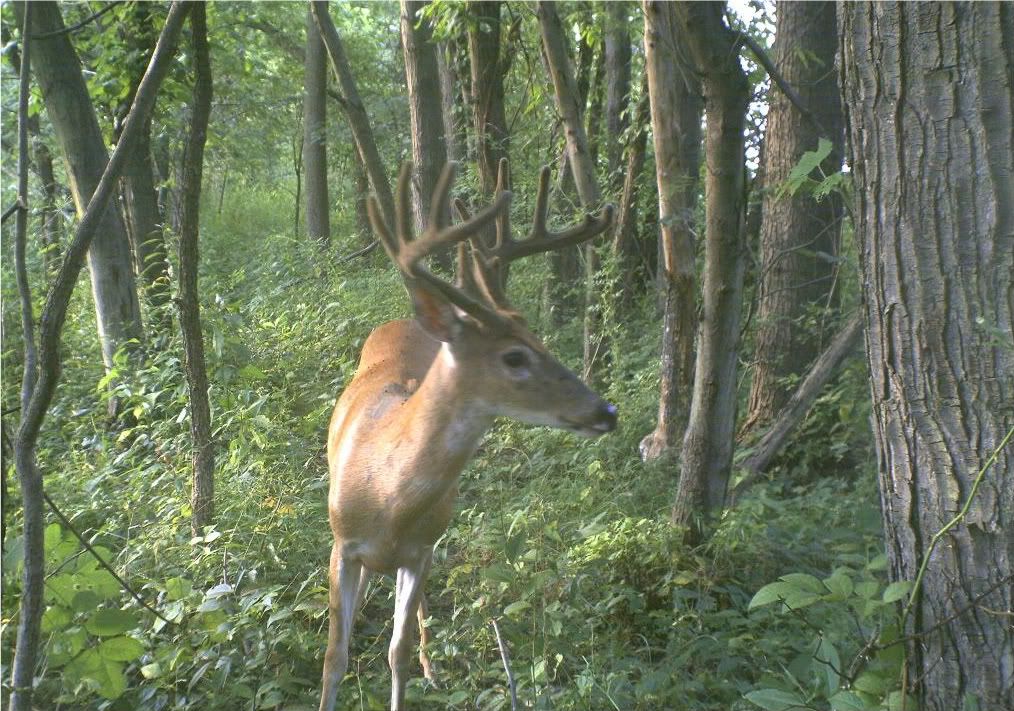 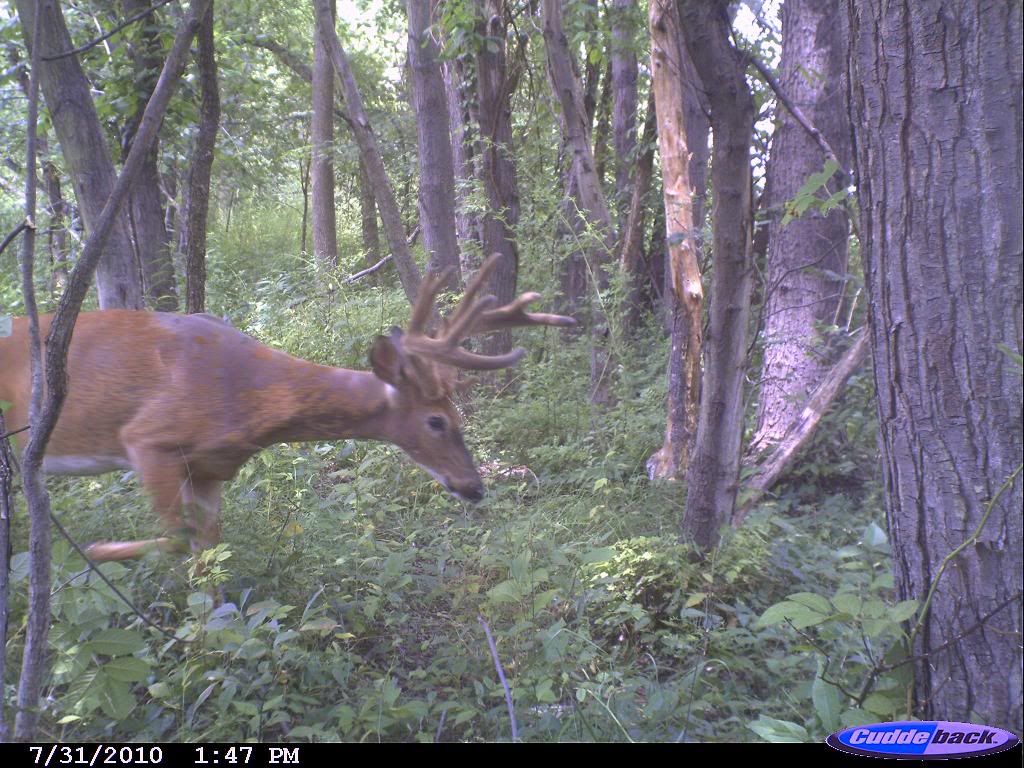 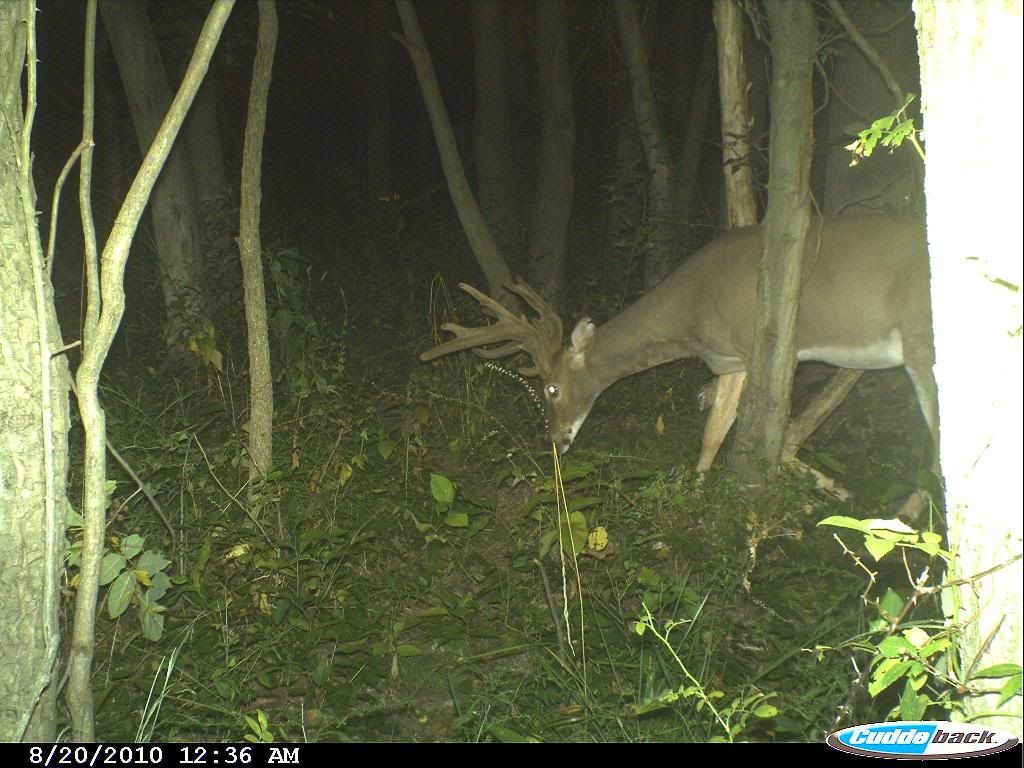 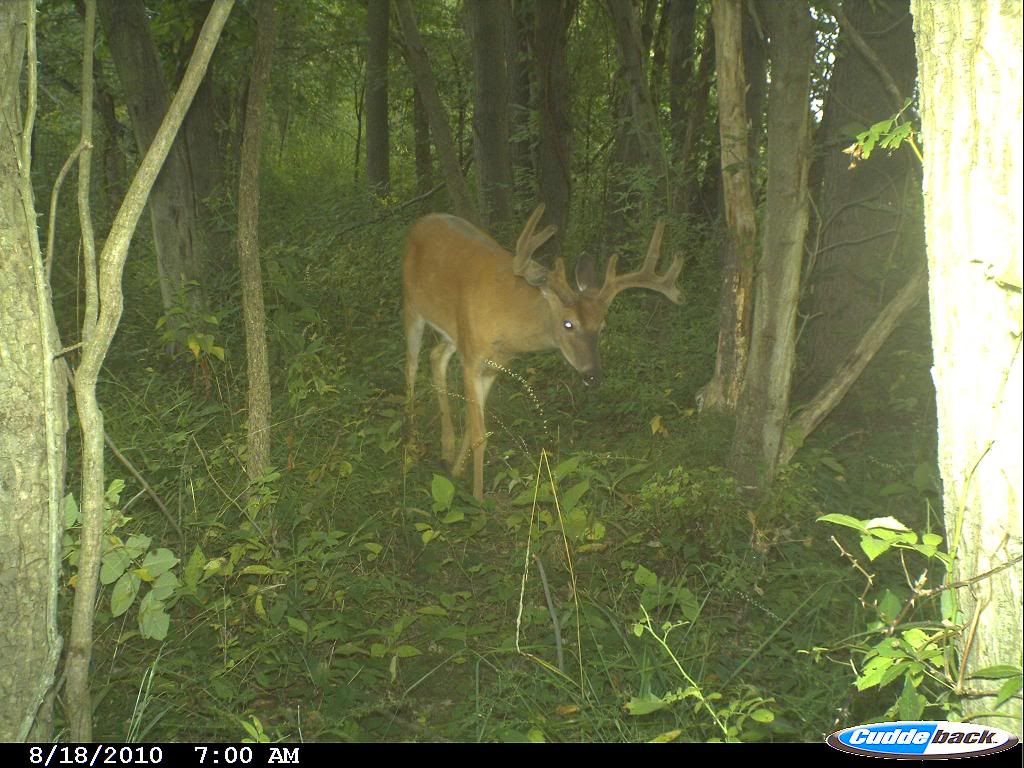 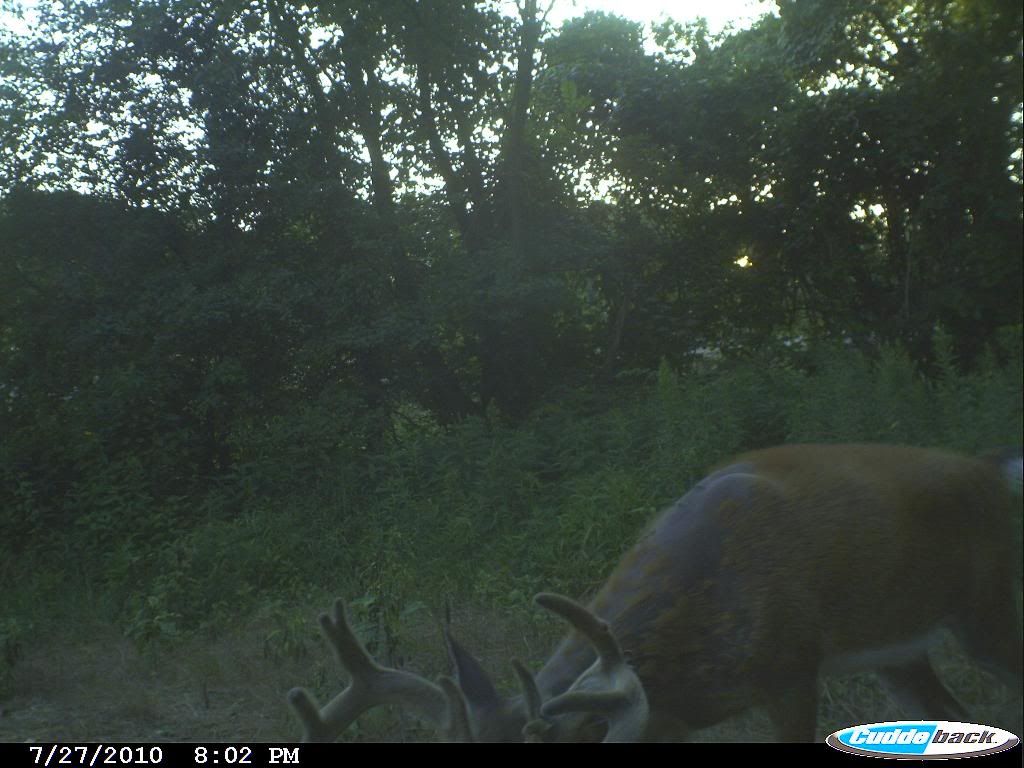 My personal opinion is that they feel safe in these areas for whatever reason. I dont know why, because they cant hear shit. I know I couldnt when Iw as hunting there! Nothing like watching cars drive by for 4 hours while your sitting in a stand!

Cool pics Zach! Nice to see ya checking in again!

Some damn fine pics there Zach. I know a few guys that hunt some small strips of woods next to interstates and state highways that produce big deer every year. It's amazing to me!