Well guys i finally got me a deerz. I've had plenty of opportunities at does this year, but always held off waiting for the headgear to come in. anyhow, dad and i got into the woods plenty early today, he went on one side of the property, i went on the other. I had a good 500 yard walk to get where i wanted to be. So after spooking a doe and i think the biggun we've been seeing i got a little discouraged. So i walkd a little further and sat in a spot i felt was good. I got my lil chair out and set up my tripod and camera, and texted dad letting him know i was settled in. I was hunting a spot that turned out to be amazing, with great cover all around and some highways of trails. And not even 5 minutes after getting settled in i hear a gun shot way off to my left, causing me to look over in that direction. And wham! three does right in my lap, not even 40 yards away heading right towards me. so i slowly grab the muzzy and take aim on the biggest of the three, at this point theyre probly 30 yards and heading down the hill, broadside. I aim tight, squeeze off the trigger and nailed her. I hit her right through one shoulder and the exit came out just behind the other. She stumbled down the hill and was done. i walked up to her, called dad and drug her down the hill. now where we drug her was on a fourwheeler trail, that is right on the edge of our property and another guys property. (this guy is a total prick and bought the land we were leasing, going about it in a dick move kinda way) anyhow, we drug her right down to the road on the property line and gutted her there, so hopefully he'll see the gut pile and get worried out of his mind (he runs an outfitter and hates when other ppl kill deer). We actually had to put her in the back of my jeep bc we drove it instead of dads truck, and got blood all over the back :smiley_baby:. So that was the hunt/great memory with dad. I finished off the day with a bball game at Marietta Colleger, playing Parkersburg Catholic. We pulled off a huge win in OT by four. Today was just a hell of a day..now for the pics 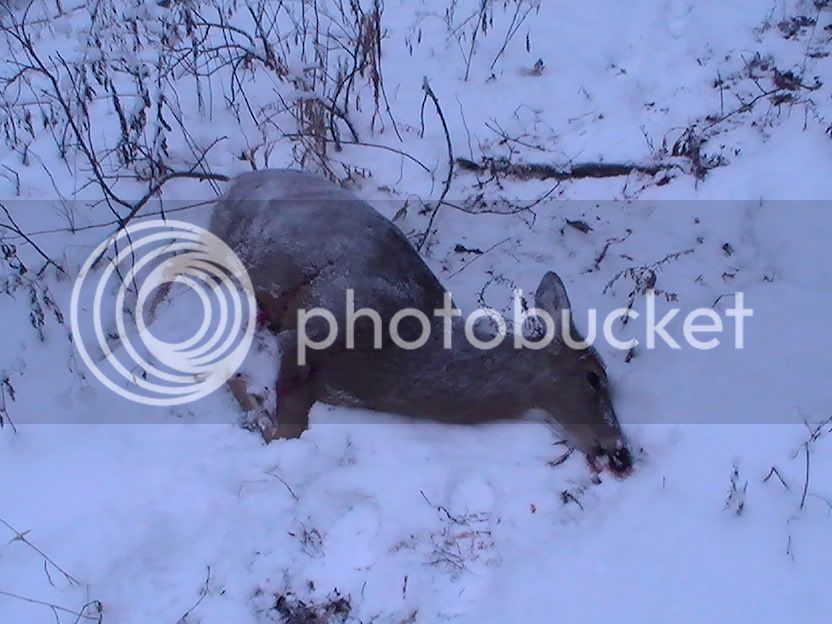 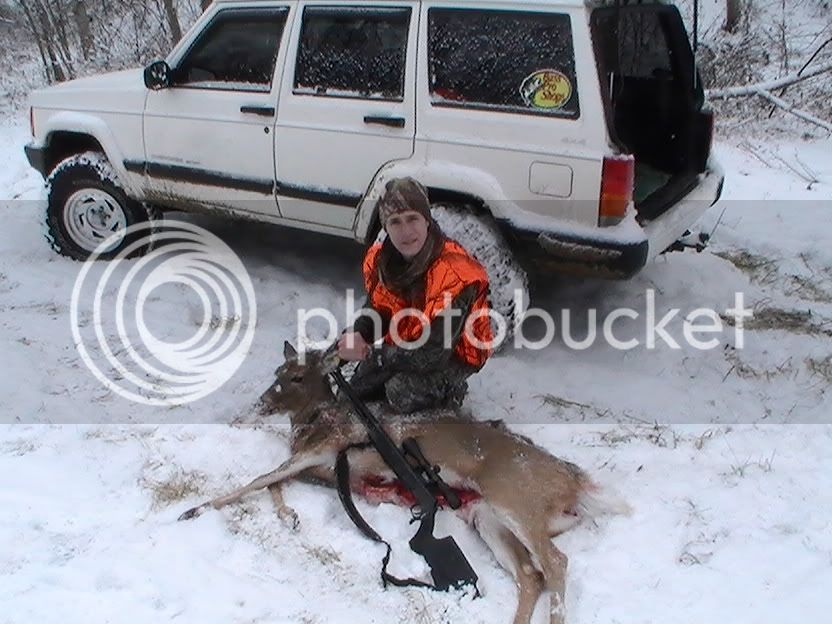 Good deal!! That looks like the same gun my son has. If he can't go I always grab his rifle.

sent from my HTC evo

swantucky said:
Good deal!! That looks like the same gun my son has. If he can't go I always grab his rifle.
Click to expand...

It's an Optima Pro, it shoots better that dad's TC.

I always carry extra large trash bag, I had quite a few dead deer in the back of my Wrangler. lol

Nice job on the deer and bball game MH!

Congrats on a nice doe!

Congrats on a nice doe.

Congrats on a nice doe and a win on the BBall court as well. Sounds like a day that would be hard to beat that's for sure.


Sent from my iPhone using TapaTalk