Help from a Girl in Walmart...

My 21 year old daughter was in Walmart the night before opening day looking for hair care shampoo. There were 2 guys about her age in the isle that had been there a while opening every other hair shampoo, smelling it and saying "no... this one smells... Nope. this one smells..." after 15 min. of this she couldn't help her self and asked if he needed help. He explained that they claimed to be scent free but he and his buddy could smell the chemicals. She explained that although you could smell the stuff, usually there was no smell after use. He seemed dutiful. Then it hit her. "Are you going out hunting tomorrow for opening day in the morning?" He seemed caught off guard that a good looking girl would have a clue. He shot a look to his buddy and said yes... how would you know about that. ( Now she has grown up with my love of hunting and seen the rituals of the "night before" all her life. She has not bow hunted but has gone 4 seasons gun and hunts small game w/ me. She shot bow w/ PAL and did take a silver in Michigan some years back but needs a heaver bow for hunting.) He admitted the he was afraid to say he was going deer hunting because some people are "ante's"
He admitted a friend had invited him to go out and although he had been shooting, he was not prepared for all the rest including attempting to be scent free.
She explained he needed to be looking in the sporting goods area for a hunters soap, shampoo and even went on to tell him about cover scents and dirt scented dryer sheets and if nothing else, set up down wind. She admitted she even surprised her self at how much basic info she had picked up from me over the years that she could pass on to a new-b.
After 10 min. of deer chat she went back to her shopping and left 2 young men dumbfounded that a "girl" would know of such things.:smiley_bril:

She made me proud. :smiley_boogie:

Sad their friend didn't take the time during practice to touch on a few of the basics but at least they are joining the ranks.

This thread is worthless without pictures! And her number!

That's a pretty cool story CJD. Did either of those two boys ask her out after she educated them on hunting. I know in my younger days if I would have run across a good looking girl that knew as much or more then me about hunting I would have . I bet she had a good laugh about it after they left though . Way to go dad..you taught her well .

Thats pretty funny. You just never know who might help you out.

Ah, to be a fly on a shampoo bottle. One that isn't in Tucky's shower that is!!!

Back of Jack she's my age

I would say "Stay away from CJ's daughter or I'll break your fingers" but then again, she's a formidable young woman and capable of taking care of herself

I've met her and she's a nice young lady. And a helluva shot.
And her daddy owns lotsa guns....

Keep her away from The Captain.
He appears to be in heat.

Buckmaster said:
Keep her away from The Captain.
He appears to be in heat.
Click to expand...


When I was his age I was always in heat, wait nothing has changed.
R

You raised her right Cj!

Cap't Ernie said:
This thread is worthless without pictures! And her number!
Click to expand...

Now Ernie... We had a talk about this just a year or two ago...
Did you forget I own acreage and a shovel. :smiley_devil:

badger said:
You raised her right Cj!
Click to expand...

Thanks.
I also raised her to work a handgun and AK...
Now if I could just get her to CHECK THE FU*KEN OIL IN THE CAR once in a while... go figure.
R

Just look at this way, I've got perseverance and loyalty...two great things in a son-in-law. 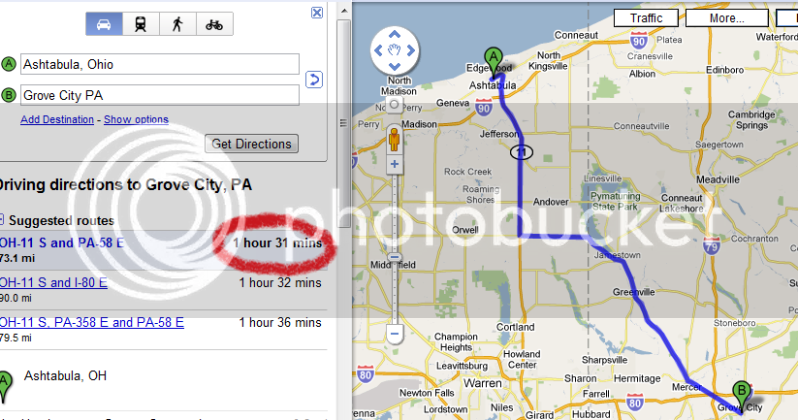 Just look at this way, I've got perseverance and loyalty...two great things in a son-in-law.

Cap't took this way to far. Seems like a creepish stalker.

Nah not a stalker. He is just motivated...lol