5Cent said:
Lol, never heard that one before......thats different.
Click to expand...
You've never heard of Primus?? I find that hard to believe. Easily one of the most talented bassists out there.

Sorry for high jacking your thread Phil. Back to engine swapping and tuning.
Likes: 5Cent and hickslawns

Have not heard that one before
Likes: 5Cent

Love that song! Love Primus! The bassist is crazy impressive! Hijack away. This truck can only keep so much attention. lol Heading out to shop shortly. Putting oil pan back on. Tapping a couple threads which came with broken bolts I have drilled out. One is for the timing mark pointer. Sorta important. Once done, I'll flip engine right side up on engine stand. Pull distributor. Take my 1/4" drive 5/16 socket and hook it to a drill. Put it on the oil pump shaft. Hook up an oil pressure gauge. Spin the drill and see if we have oil pressure. If it doesn't come up to 40 pounds or more, I'm done for the year. Engine is cooked. If it comes up, I'll begin dropping back in the truck and run it the rest of the season.
Likes: MoonLab

New oil pump. Same low oil pressure. The #6 truck will be on the sidelines until next season. At least I still have a ride for the last couple races. Such is life. What do you expect? Buy a $1000 truck that's been sitting the last 3-4 years and expect it to be a feature winning ride? Not many people get that lucky. I didn't.

5Cent said:
, she just need rebuilt or talking new block?
Click to expand...
Parts truck has the "right" block. This one should be easily rebuilt. Donor block offers more options in the rebuild and was in the works for this winter. I know of some other trucks and blocks and heads sitting around. I may end up with one of them. Then build my motor. Then have a very solid backup motor. Or. . . Just rebuild my donor motor and roll the dice with how many years I get out of it.
Likes: 5Cent, Big_Holla and giles

I'll be at Good's Raceway in Deerfield tomorrow if anyone is local and wants to see some racing. We will have our 4 cyl trucks competing against the v6 and v8 trucks. Last time we did this was Beckley WV when one of our guys took 2, I took 8th, and the other two got flat tires. Good's is a 1/4 mile track. Not much banking. The v8 trucks are asphalt trucks and don't handle great on dirt. Should be no real advantage with the bigger engines if they can't hook up. I expect good racing.
Likes: MoonLab, aholdren and 5Cent

Time trials/qualifier yesterday. Never done that before. We were racing v6 and v8 trucks yesterday. I qualified mid pack as I expected I would. Started 4 in my heat. Got a good start. Came out of turn 4 and had a good run on the outside. Kept motoring strong around outside high line. Out of 2 onto backstretch the truck on bottom pushed up into me. Tore up truck but didn't lose any tires. I backed off. Better to finish than crash out 2 trucks in a heat race. Had good runs at him the whole heat race. Just couldn't get around him. Played it safe. Finished 3rd in heat. Not bad as I know he had more motor than me.

Started feature 5/13. Basically the second fastest 4cyl behind the guy from the heat race. Two v6, one four cyl, and one V8 in front of me. Another v8 truck next to me. I felt if I did my job and the truck held up I should have been 4/5 place finish. Ran first half of the race in 5/6 position. Truck started fading. Power started fading. Handling was horrid (although we all had same conditions of a slick track.) I've been running these tires a couple years. Lol. That doesn't help. Finished 9th.

So at the end of the race we all had a blast. Lots of slide jobs and jockeying for position. Decent amount of rubbing and bumping but all clean. "Just racing" sort of bumping. For a minimally banked 1/4 mile track that slicks up. . .it happens. Also a tight track which normally doesn't allow much passing. At one point we were 4 wide. After the race the four of us talked about it laughing trying to figure out how we managed to do it and all make it thru without crashing. 🥴😂😂

About everyone had a blast (one guy did not finish do to mechanical issue). We laughed and shared our views on different scenarios. Asked what place the others got. Most common answer was "I don't know but that was a blast!" This is what it's about.

And the Trump 2020 truck made a debut last night as well.

Likes: CJD3, 5Cent, aholdren and 3 others 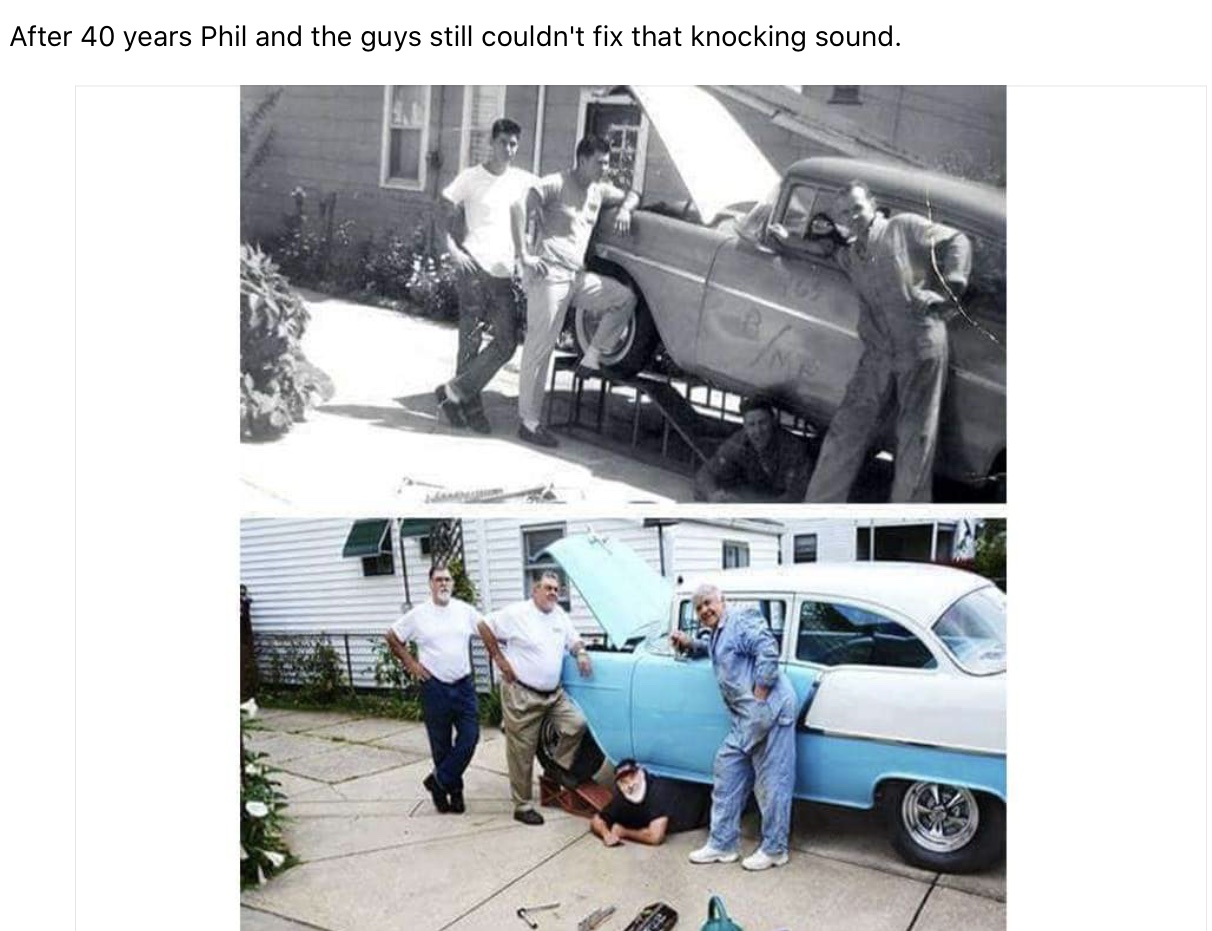 I'm whooped. Short version: drove the freaking wheels off the truck tonight. We had 3 of our 4cyl trucks running with the v6 trucks again. Came home with 2nd place! My adrenaline is wearing off. More updates and pics tomorrow. See if I can get some links to videos too. You may need to check them out on FB though.
Likes: Big_Holla, MoonLab, 5Cent and 4 others

Longer version: Andy owns the truck. He was there in the Black 99 truck and looked unstoppable for most of his heat race. Then the ARP bolts holding the clutch/flywheel together snapped. His night was done. In my heat race I lined up against the three trucks which had won EVERY single feature in the 6cyl class this year (outside of the one which Andy won.) We raced v8 trucks twice this year and a v8 won both times. So if it is us and the v6 guys. . . I was in the stacked heat.

I ran okay in the heat. Had one guy giving me a run for my money. Got around him. Then he caught fire. So he was done. I had nothing for 1st and 2nd place. Finished third in my heat.

Started the feature third row, outside truck, right behind 1 and 2 from my heat. Figured I better tuck in behind them, hold to the floor, hang on, and hope maybe they would break or bobble. Not wishing it upon them. They are good guys. Honestly thought that was my only hope.

Turns out I didn't need it. I snagged the higher line around the track all night and mostly flat footed it the whole race. Kept the RPM's up. This maintained momentum thru the turns and allowed me to keep up on the straight aways. The v6 guys couldn't run that line or they would break traction. They were forced to let off the throttle on a middle line on the track or feather their throttle thru turns and then flat foot the straight aways.

I ran a clean race. Smooth lines. Maintained composure. As Ricky Bobby would say, "I just drove." The guy who won? To be truthful, when I got to the track I thought it would be he and I racing for a fifth place finish. Not sure what he did. He also had a v6 truck. He must've made good setup choices or adjustments between the heat race and feature. He ran an awesome race. He started on the pole. I started 6th in the feature. By the time I got into second place I simply couldn't catch him. I had nothing for him. I'm okay with it. Good for him! I'm still floating on cloud 9 after my 2nd place finish. I'm still relatively new at this. I'll keep taking notes and learning. Consistency is important. Recognizing you lack the experience they do is important. Having fun is important. And last night. . . Was freaking fun!!!

Best part of the night? Overheated the truck. Crossed the checkered flag, pushed in the clutch, turned the truck off, and coasted into the pits. Steamed my glasses up. Antifreeze smoke/steam rolling everywhere. I climb out of the truck. First person I saw was my son. Snatched him off the ground in the biggest bear hug I've given him in a long time. His smile made my night!