I got a problem

Ok hang with me here....kinda of a long winded questions but I need to thoroughly explain it so you guys know my dilemma. I was leaving after an all day hunt on Friday saw my cousin who is in charge of his dad’s woods through the co-op program. He allows only two hunters and one of which hunts every day and has taken many big bucks off the property. Both guys are my cousin’s long time friends. I never ask to hunt it because they are strict on the people and the amount of people they let hunt. I usually get an invitation when both are not there for the day. I asked him if he had been out, he is into coon and squirrel hunting with dogs. He said went out once, and isn’t worried about getting a deer. He asked how I have been doing , YADDA YADDA YADDA. I get a text from him Saturday saying one of the guys is tagged out and I can come get a slip to bow hunt(this is a bow hunt only woods) I said heck yea I am in, and he said only rule is I gotta kill a few lol. So here’s where it gets sticky, I planned on hunting at least the mornings from Wednesday on this week. He said that’s fine but the other guy took the week off and will be hunting all day every day and he would give me his number so we can text each other and figure out where the other is sitting so we don’t screw each other up. This guy is very very controlling almost to the point the point that he thinks it’s his woods. This hunter has yelled at my cousin for coon hunting his own woods and other stupid fights about the woods. I know if I would of took the week off work to think I was hunting by myself and come to find out there is a newbie hunting there the same days I would be a little frustrated. I don’t want to upset anyone but this is a gold mine for deer!! This is where they herd up and it’s not uncommon to see 100 deer in the fields in January! I have also filmed a 200” deer in this woods, I know it was because a guy killed it 3 miles south and had it scored . I wanted to hunt it but now I am a little skittish about hunting this week. After this week I have no problem because it only gets better as the year goes on with this woods.

So my question is, do I just hunt the wood I have been hunting which is only on the other side of the road to the south( for this week). Then start hunting the new woods next week (which will be weekends only and when I have days of since it is so far away). OR do I just say screw it text the guy and ask him where he is hunting and position myself so I don’t mess things up for both of us and hunt when I want?

I say text the guy.. Find out where he is hunting. Get in before him and hunt where you think the deer will go to get away from him. Just plain and simple out hunt him. Once you put your tag on some horns get back in there and kill a couple does. If you don't shoot a nice one than an " I didn't see shit" works wonders..:smiley_blink:

Jackalope said:
I say text the guy.. Find out where he is hunting. Get in before him and hunt where you think the deer will go to get away from him. Just plain and simple out hunt him. Once you put your tag on some horns get back in there and kill a couple does. If you don't shoot a nice one than an " I didn't see shit" works wonders..:smiley_blink:
Click to expand...

Thanks for the advice, I just hate to stir up trouble. One way I figured this could play out is that this dude throws a fit and gets kicked out of the woods and I move up on the list and be come a regular. lol

I'd text him and see where he is going and assure him you'll stay out of his way then go from there. If anything, you might hunt a couple spots and learn something for later on. Or, you may not like his answer then you go to your fall back spot.
U

i agree with joe , you have permission for that place to so , use the other hunter to your advantage

smack him in the ballz with a a hammer

Ditto. You've got permission, hunt it.
Be respectful, but hunt it.

if he mouths off, then what Milo said.

Dannmann801 said:
Ditto. You've got permission, hunt it.
Be respectful, but hunt it.

if he mouths off, then what Milo said.
Click to expand...


Oh I will be respectful....I can honestly say I have never hunted a woods if some one was already in it. The woods I hunt aren't big enough to do that...BUT this woods is plenty big! I will be respectful and try not to screw things up for him but if he wants to get froggy well than I will change my tune real quick...I am all or nothing guy...I am either no confrontation what so ever even try to avoid it but if the situation calls for it as a last ditch resort than I am all in and it's no changing my mind..

More than once I got kicked out of my own house party in college....but I was only defending my friends....I wasn't trying to cause trouble...it just turned ugly quick.

I like it that Milo's go to response in any situation that is a bit tense is to "smack him in the ballz with a hammer." I think that is good advice when trying to make your enemy less aggressive. Thanks Milo.:smiley_crocodile:

Hunt it, you have permission and like you said there is plenty of room.

Thanks for the info guys....I am totally excited to have acess to this woods for the rest of the year....in the past I have only had it on a daily basis!
H

let me get this straight. he hollerd at the man who controls hunting on the place . and the guy is still hunting there?

Retired to the happy hunting grounds above.

I wondered about that too Hoot. I'm kind of from the "old school". I control it and you yell at me and your ass is toast! Good-bye motor scooter! Don't let the door hit you in the tush on the way off the property "I" control! :smiley_beard:

What they said. Good luck Ryan is what I am telling you!

My parents own 50 acres in Michigan; woods, ponds, apple orchards and CRP. It's a friggin' deer mecca. The guy who lives in the front of the property has been hunting the farm for longer than I've been alive and he's taken MANY trophy deer. Hunting is this guys life long passion and even though this land is more mine than his, I don't feel right going in there and raining on his parade just because I'm into deer hunting now. We've owned the land since I was in second grade. He's an older man and maybe I'll get lucky and the land will be mine someday and then it will be my turn.

if it gets bad you can call in this guy 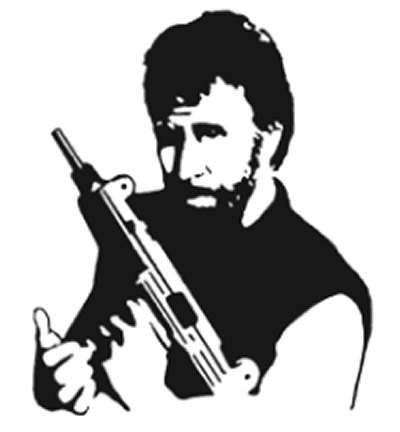 Milo said:
if it gets bad you can call in this guy