I was showing some of my pictures from this summer to a buddy and thought that maybe this would be a good thread. Wanted to complete some of my summer work pictures too, it was a great summer. Hope no one on here works for OSHA

Anyone got some good "OH $^&!" moments from work or OHSA stories?

Picking a 24" bin with the 'little' crane and swinging it across the barn yard. When it popped off the seal (we left the bottom ring where it was and moved the rest), the crane rocked and the operator needed a new pair of jeans...all was safe though 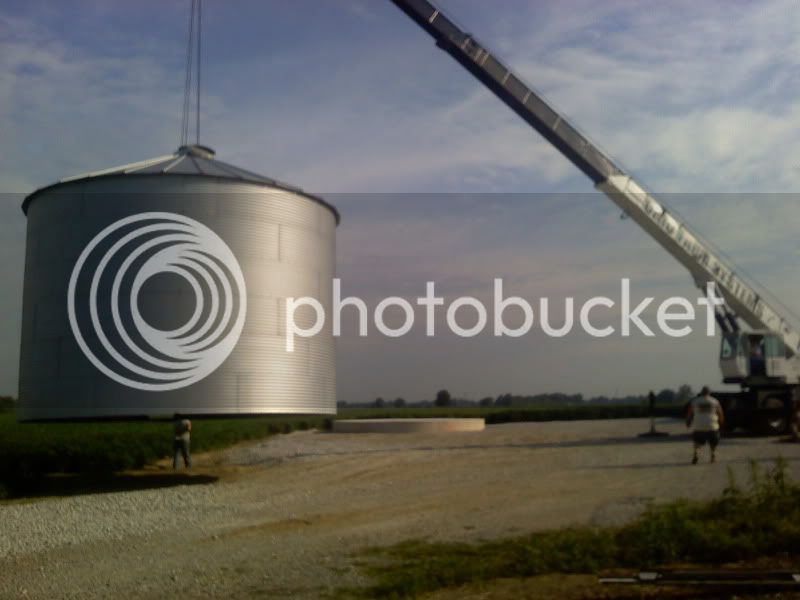 The closest I got to stitches this year, thanks mom for worrying and praying for me. Just a scratch but a little more pressure and it would have been a bad day. My second best wound was a half inch rebar imprint/burn on my forearm, damn those suckers get hot when you cut them. It's a great scar though. 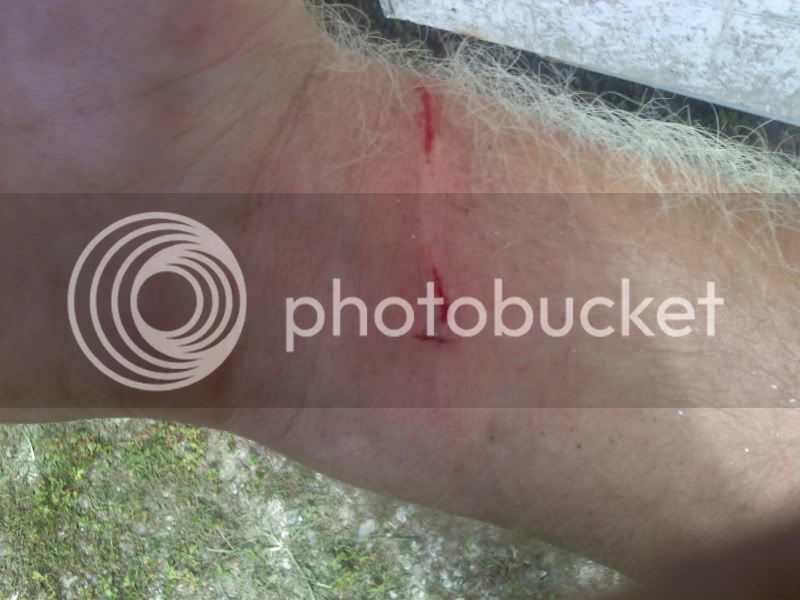 Staged picture, my ass is on the windring. However, there were several times this summer putting in roof vents when (though tied off with a harness) I was hanging off the windring with another hand drilling or pushing bolts. Nothing like having your lower half handing 40 or so feet in open space. 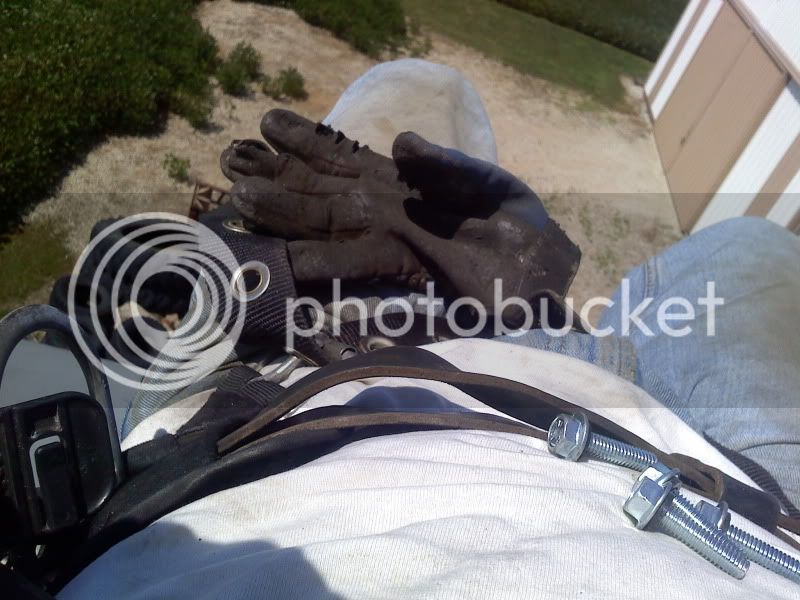 And, finally, the job site that got the OHSA bust. I wasn't on that site when it happened, but this is the first of two 78" bins they are building for the Coshocton Grain Co. OHSA busted them on the third week of the project for two hardhats, one guy untied above 6ft, a couple of grinder guards, and rebar caps (can you imagine capping this much rebar???) They are suppose to have these DONE by Nov 1 and are working 80 hour weeks staying down there. You have no idea how happy I am to be at College! Two 78" bins, a 190 foot leg/tower, 100 ft unload pit...a week ago they were just starting prep work on the bins and the concrete crew was working on the second pad. Crazy stuff, and now they've got to follow the Ohsa regs 'cause I know they will be back! 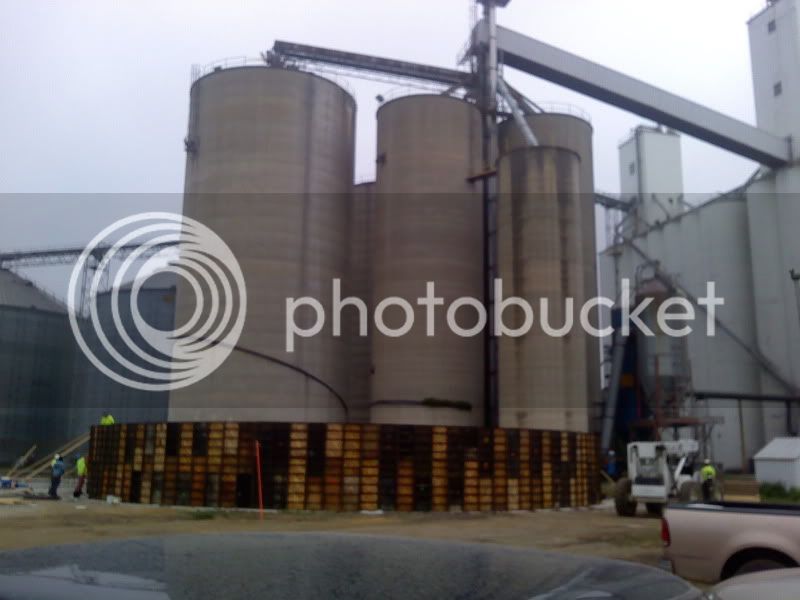 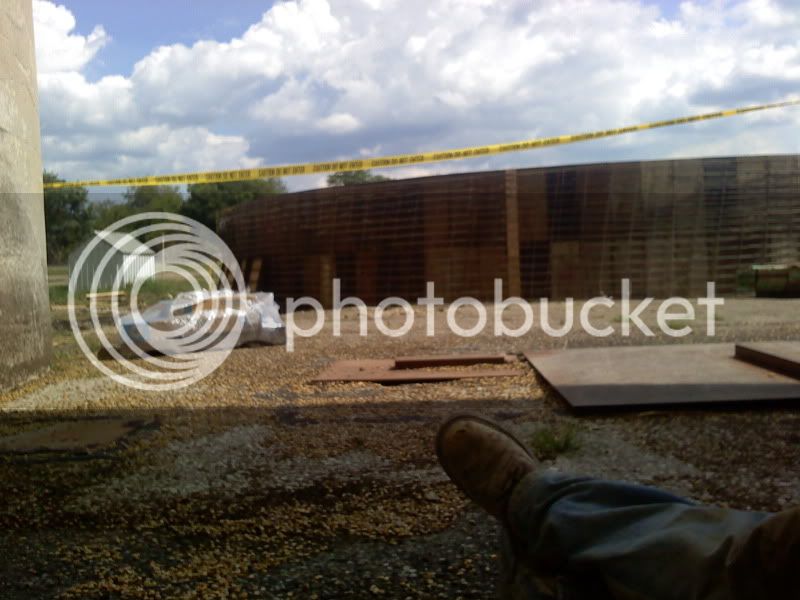 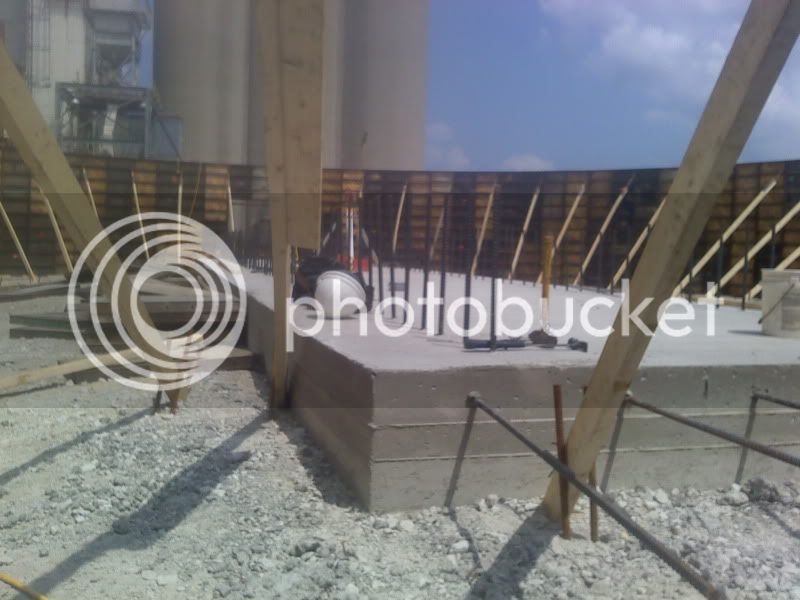 (Oh yea, I will throw in these to brag. This is my biggest pick ever, 39 foot, 10" power sweep for the big bins, I forget what they weighed, but it was a crap ton! I've picked 114" of air pipe before, but that was with the gradeall and not above 2-3 feet. This was off of a semi with a turn onto blocks. The picture doesn't do justice. 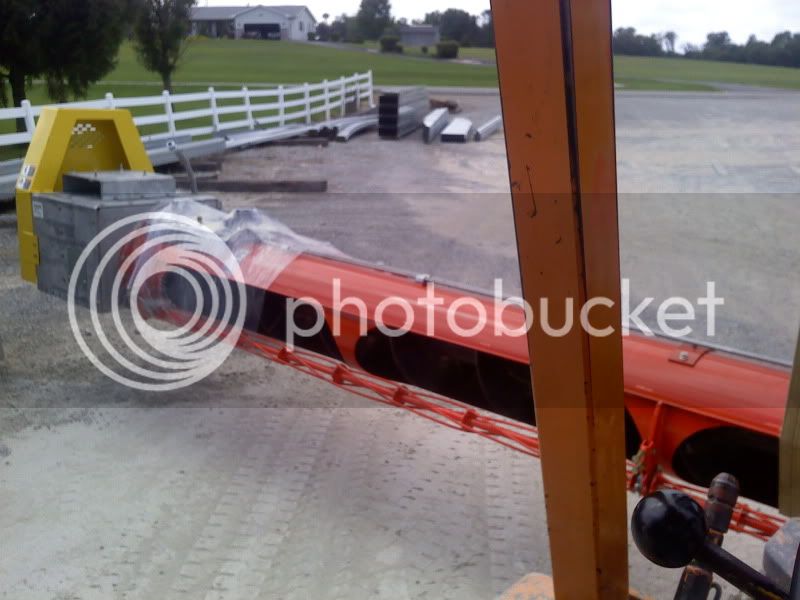 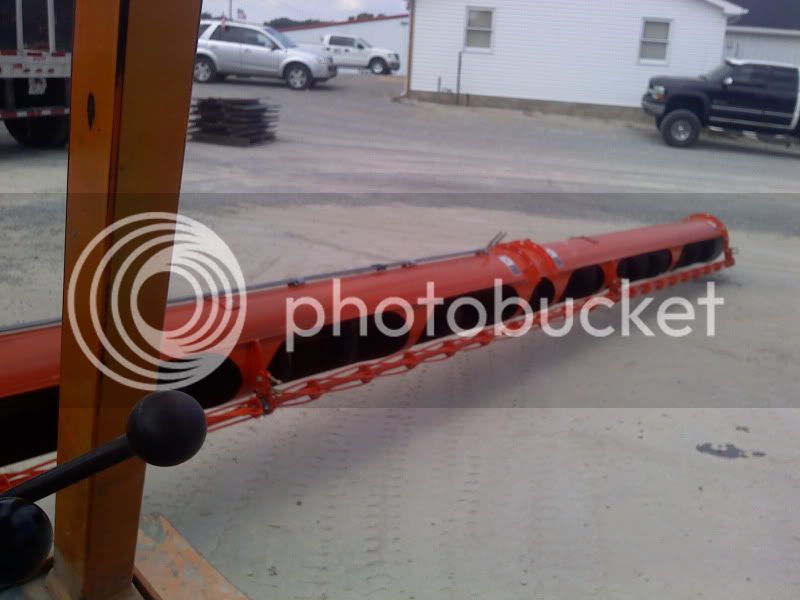 Not one of our jobs but I cou;ld not resist stopping and taking some pics. How much fun would it be to be in the basket when it went over??

Pic does not show much other than the roof my idiots were on not tied off when OSHA showed up.

Part of my job is designing, supervising the installation, and making sure everything is built correctly before I allow my guys to work off of scaffolds like this. This is a church in Monroe, Michigan we did a few years ago.

View from the top!