Don't expect much. My heart isn't in it. Just out four cameras out yesterday. I normally run them year round. I did pull 2 cameras that have been out since March. Trespasser might be the reason I didn't find a ton of sheds. That was back in March.

Going to be interesting to see what the herd looks like. EHD hit pretty hard last year. I'll determine whether or not I'll shoot any does as we get into the season. One for the freezer will get us thru the year. I'll shoot a spike for the freezer if I need to. Lol. Good luck Gents. See you about mid October.
Reactions: Stressless, finelyshedded, Big_Holla and 2 others

Hope you have a better than expected season, Phil!
Reactions: finelyshedded, hickslawns and Wildlife

Good luck, Phil! Regardless of your expectations or interest level, some tree therapy is good for the soul
Reactions: hickslawns and Wildlife 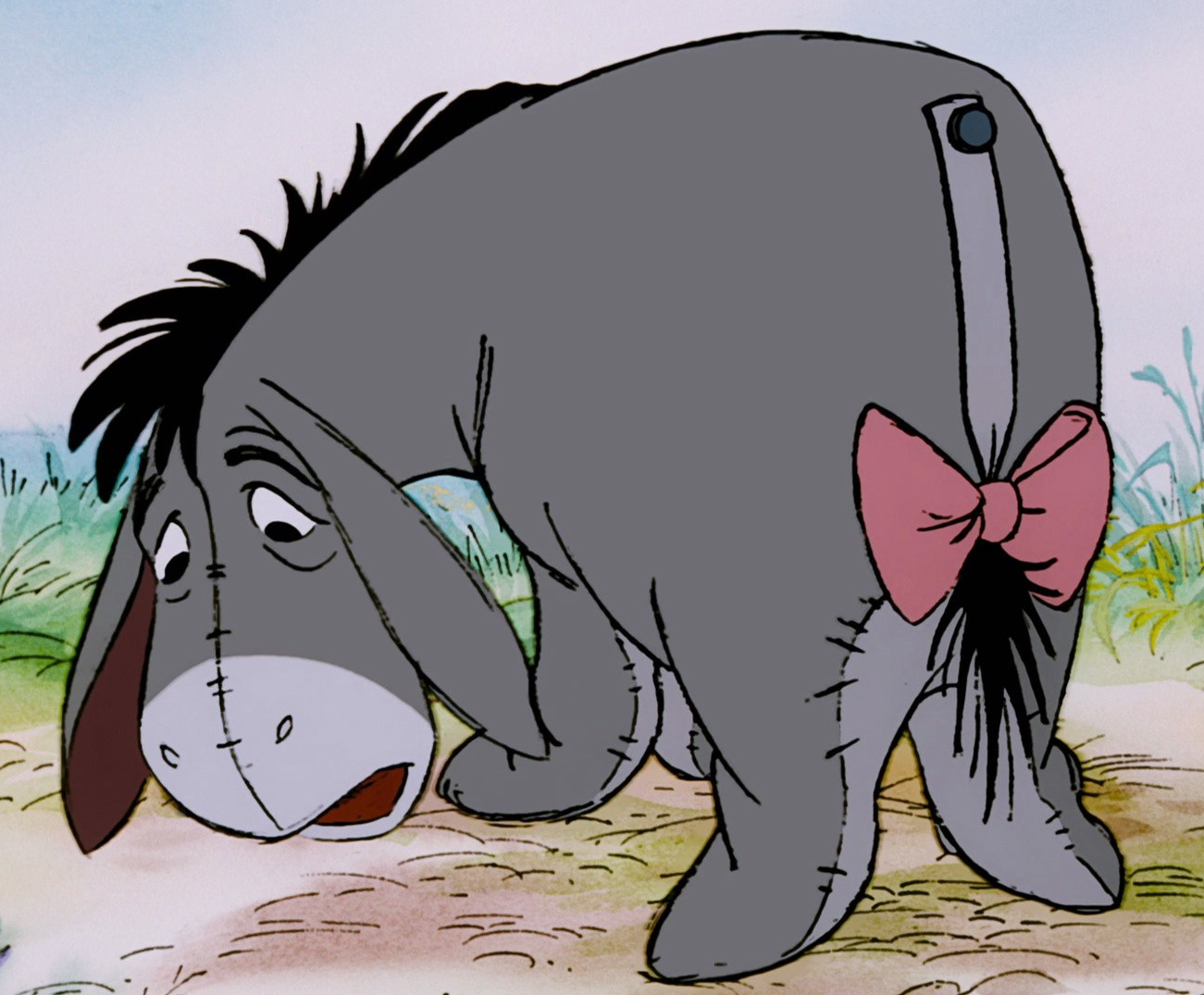 No. Just being real and honest. My heart isn't in it. Been more focused on racing.

I'm not negative or an Eeor as Giles posted. When the herd gets hit, you need to sit. Let them rebound. I've got other passions to fill my time.

I just hunted outside my main area when it was hit.
Reactions: hickslawns

Hang in there Phil, once you get out of racing season and see guys posting you'll get the bug. If the herd sucks in the area maybe start expanding just to get a change of scenery.
Reactions: hickslawns

Been shooting the bow. Getting gear washed. Trail cams and road scouting aren't showing many deer. But. . . .we all know a trail camera only captures a tiny little window looking into the woods. I suppose by the third week in October or so I'll be hitting the woods. Might even use a rainy day to take a walk or quad ride thru some properties.

Just need one for the freezer. As mentioned earlier, some tree time is good for the soul as well. I'm getting there.
Reactions: Boarhead, Isaacorps, Big_Holla and 3 others

That’s what I’m hoping to do is to put one in freezer then come back out around Halloween.

Been shooting daily up until today. Wanted to hunt tonight. Thought it better to do work stuff. Had some stuff I needed to finish.

Got a second cell camera hung. Coons and squirrels. I haven't spoken to the game Warden yet. I've heard some people say the EHD ran thru our area again. I don't know if there is truth in it or not. Last fall and winter I saw a respectable amount of deer considering the EHD reduction. Logically I would think if there were a decent amount of does that survived (even 50%) AND they dropped fawns this spring. . . .we "should" be seeing more deer than we saw last late season. Sorta weird.

Maybe I'll hit the woods tomorrow night. Swap cards on way in. Enjoy time in the stand. See what happens. I am really hoping when the crops come off. . . Maybe I'll realize the herd isn't as bad as I'm thinking.
Reactions: finelyshedded, Isaacorps, Sgt Fury and 1 other person

Been shooting daily minus one day last weekend. My two cell cams aren't offering much confidence. My driving/scouting loop has been disappointing. BUT, as I suspected, I'm starting to see deer now that crops are coming off. Not a ton of deer. Enough to offer some relief. Took a drive last night. Farmers were working fields hard. I saw deer in four places. About a dozen total. Most small bodies. It was comforting to see some deer though. I plan on hunting tomorrow evening between standing corn and a creek/thin strip of woods. It is a nice pinch point. Wind will be right. Earlier this summer/fall I had one mature buck using the travel route once or twice a week. The travel route leads to picked and standing beans. I'll hunt it, swap cards on non-cell cams, and learn from the tree what is happening. If nothing else? I'm sure it will feel good to be in a tree.

Here is one of two bucks on cell cam. The other is bigger bodied deer with a funky rack. Different property than I'm hunting tomorrow. Maybe I'll see this Lil fella tomorrow. Hopefully followed by my mature buck.

Keep the positive thoughts. Magic can happen in the next several weeks.
Reactions: hickslawns and Sgt Fury

Bumped a Lil dude out of the beans on the walk in at 330pm. Settled into a stand between a creek behind me, corn in front of me, and was a nice funnel leading to standing beans and more corn.

Had a good sized doe and two fawns scurry thru. She was spooky. Wind in my favor. Guessing the cat in heat I listened to for 10 minutes had the doe spooked. That annoying cat went the direction they came from.

Had the Lil special needs buck come back out in the corn after I pushed him out of beans walking in. He got to 30 yards and hung up behind a tree. Then had doe and twins come back thru. I'm guessing the same ones I saw earlier.

I'm calling it a huge win. Had 3 deer within 20 yards twice and special needs buck within 30. Considering I have minimal deer activity on cameras. . . I'm very pleased I was in bow range of them all. I won the chess match and never loosed an arrow. I did not win the battle with Mother Nature. Should have brought one more layer. But didja die? No I didn't. Lol

Swapped cards on way out. I have a big body regular. Some pics he looks young. Other pics he looks older. Antlers are respectable. Body is big. Seeing how I am not shooting does and there are only two bucks showing themselves. . . I'll kill him given the opportunity. I'm meat hunting this year. I'm seeing 125-130" antlers but probably 220-240# body. Works for me. I've been blessed with big antlers over the years. Think I'm done chasing the antler and just happy to be in the woods. Those antler chasing years can suck the fun out of it. Nice to just hunt and enjoy the woods. 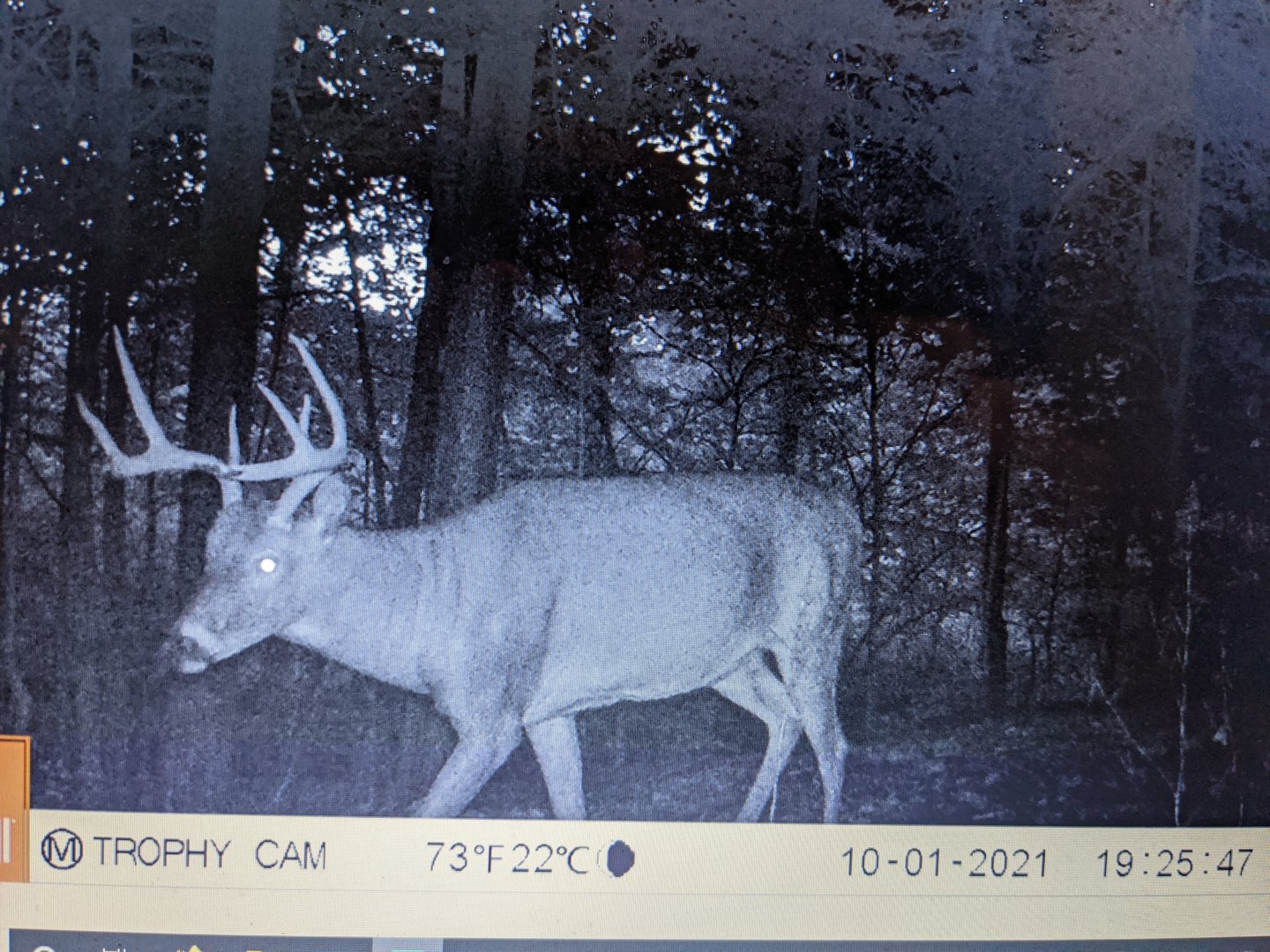 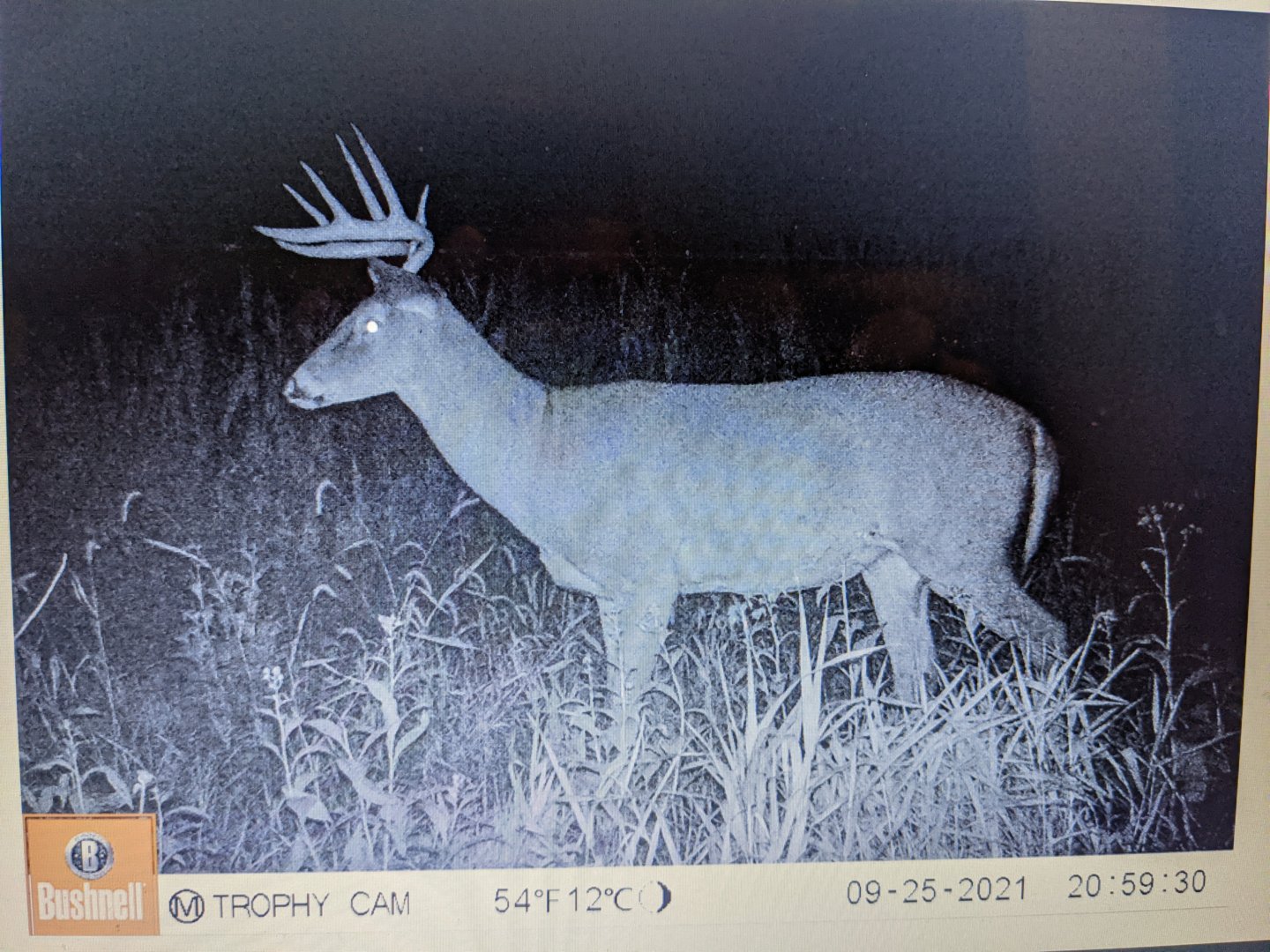 Solid sit, Phil. You were in the ball game, just needed the right deer to come through.
Reactions: hickslawns

Did not plan on hunting. Took mom for a procedure. Driving home I see combine picking fields on a property I hunt. What the heck. Boogied home. Showered. Hit the woods. And I saw. . . .Nothing. Oh well. Beautiful evening in the stand. Bumped one on the way out. Small body. Couldn't tell much. Swapped a card by the stand. Naturally, my target was in there yesterday at 9am. As I get to my truck the guy who hunts the property south of me is looking for permission to get a deer out. His son shot a 7pt. I offered to help but he wanted to enjoy the moment with his son. Seeing how I have pulled his tree stands off this property before it makes me wonder if his boy was hunting on the wrong property. It is a shame that thought even crossed my mind. Hopefully not. And if so? That is on him for allowing his kid to trespass. Not my parenting flaw. Not my kid. Not my property to prosecute. I wish them well. My conscience is clear.