If I ever started a business selling wooden game calls, "Quarantine Calls" might have to be the name. I've finished a lot of calls over the past 10 days or so, but (seriously) not during the WFH hours. The benefit of all the quarantine stuff for my time at the lathe has been I can sleep a lot later in the morning, which means I can comfortably stay up later working in the garage.

A while back, a TOO member (I won't name him but most of you will know who) contacted me about building a grunt tube from some local Ohio osage. He graciously sent a lot more wood than I needed and I've gotten a lot of use from it. I ended up making a pair of grunt tubes, one with a gold call band and one with red. They came from two different blanks and you can see the slight color differences in the wood. There were a few questionable areas in the wood (knots, some minor splitting) I tried to avoid for these. 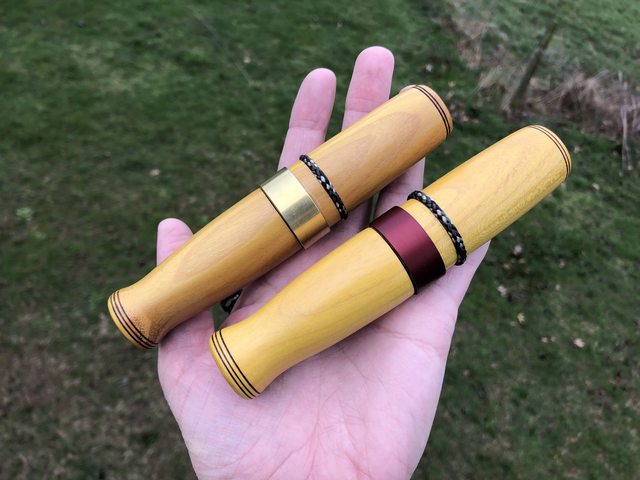 One of the questionable knotty pieces I tried to make into a predator call, and as I suspected, the knot threw some issues at me. 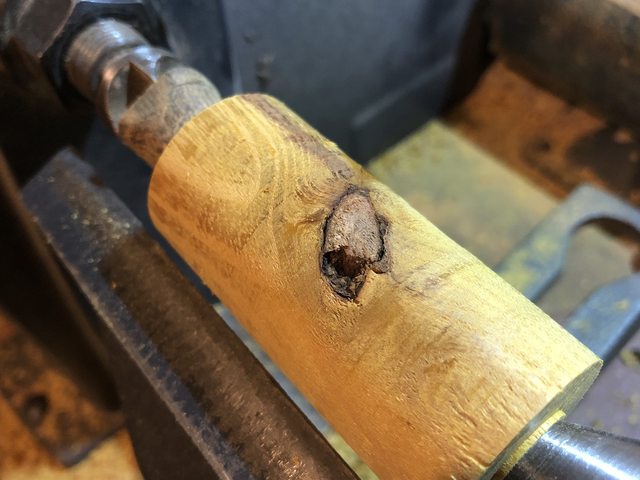 I improvised and worked the bad spot down as best I could, then filled the remaining gaps with gel superglue and sanded it down. I think it will hold up ok, and added some character to the call. This open-reed call uses a new-to-me reed, called a Yellerdog Super Screamer. And hot damn, it's loud. 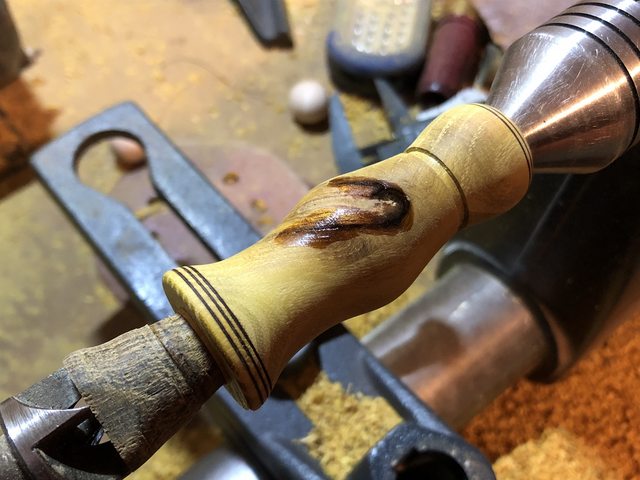 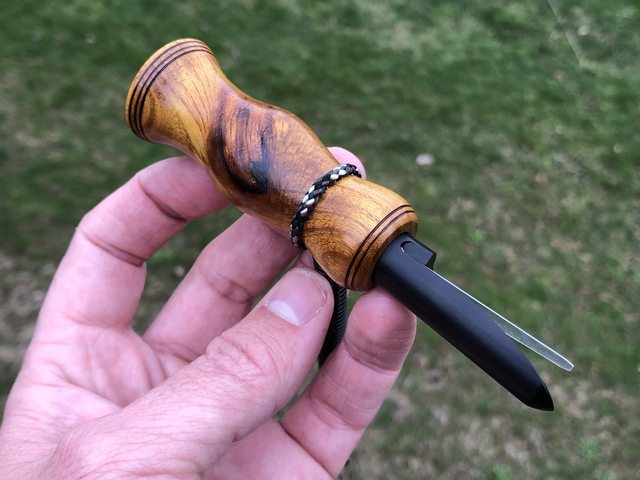 I managed to squeak out three predator calls from the leftovers from the grunt tubes. Two distress calls on the left and the bigger call on the right is an open-reed howler. I like the howler reeds like this from THO Calls, but apparently they aren't selling them anymore. 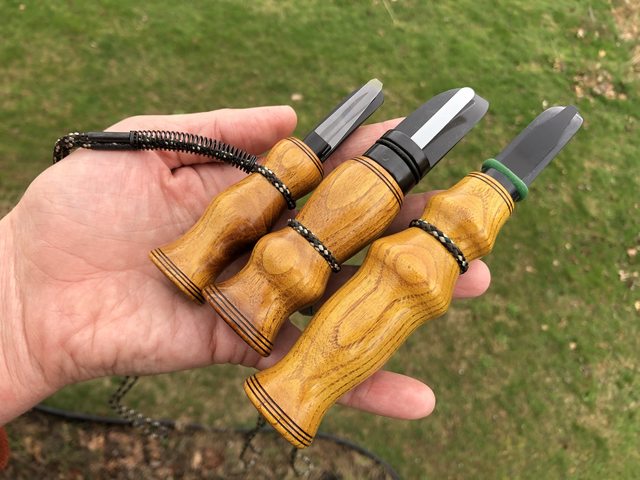 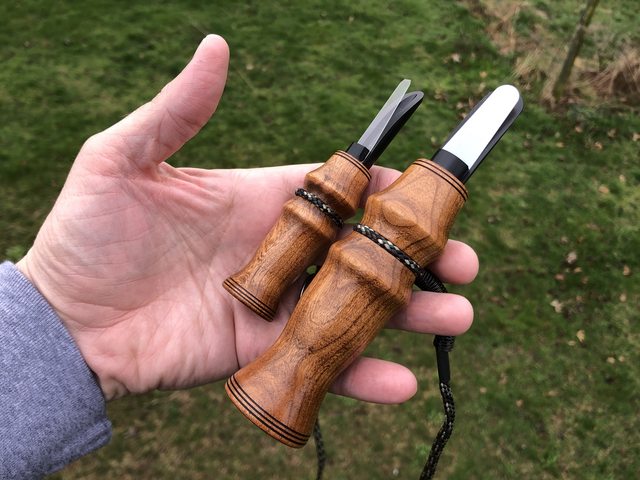 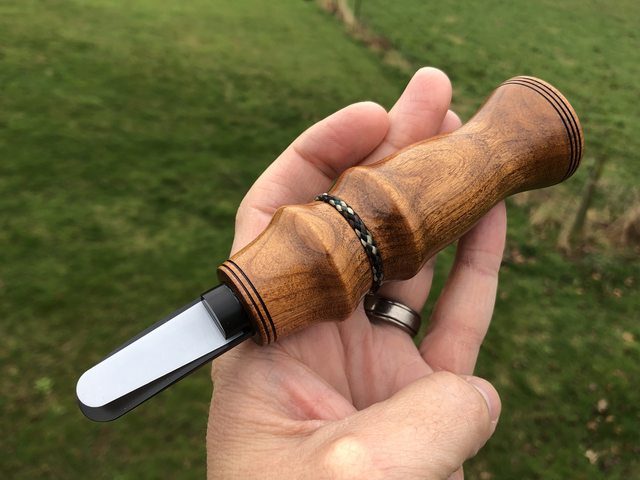 Extra thank you for keeping that thumb under control😂
Likes: OhioWhiteTails, Creamer, "J" and 1 other person
C

Extra thank you for keeping that thumb under control😂
Click to expand...
I seriously tucked it back in just for you when I was snapping pics.
Likes: Dustinb80 and giles

Creamer said:
I seriously tucked it back in just for you when I was snapping pics.
Click to expand...
Blahahahaha! Thanks for thinking of me😂😂😂

Imma need one of those grunt tubes one of these days.
Likes: Creamer

If they sound as good as they look...you have a winner Jeff. You appear pretty good at widiling.
Likes: Creamer

I appreciate hand made things quite a lot. And I think I'm pretty good at recognizing real craftsmanship when I see it. These calls feel and sound as good as they look. Never in a million years would I have guessed that I would own a hand made osage orange deer grunt call. Imagine how happy I'll be to bend that big ole buck to my will by pretending to be his rival with this hand made call in my hand. hats off, Creamer.
Likes: jagermeister, Isaacorps, giles and 1 other person
You must log in or register to reply here.
Share: Facebook Twitter Google+ Reddit Pinterest Tumblr WhatsApp Email Link