For those of you who were waiting on pins and needles for my recipe. 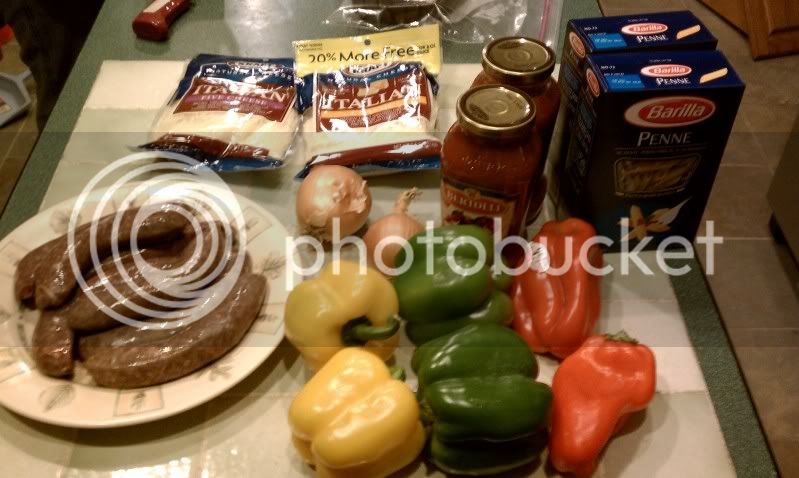 1 beer of your choosing, I chose Dortmunder Gold 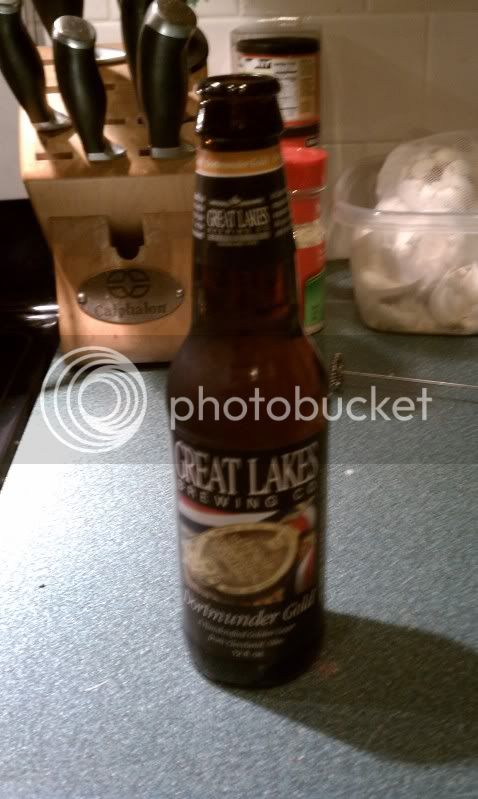 Start by cooking sausage in skillet 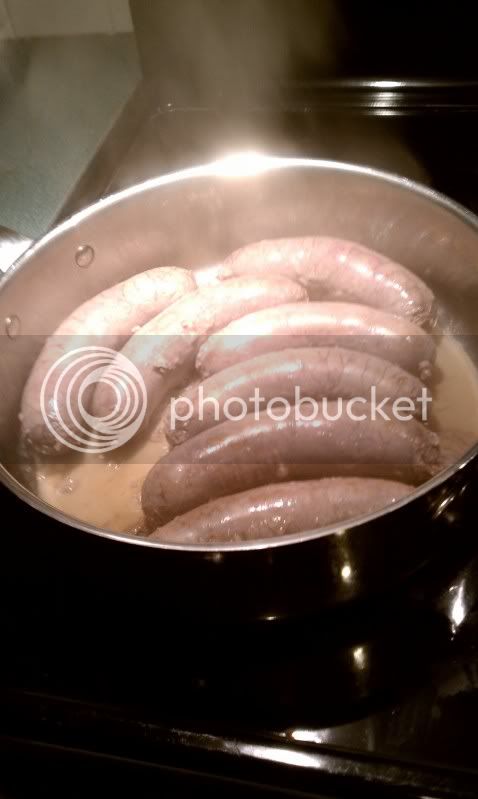 Slice up peppers and onions. 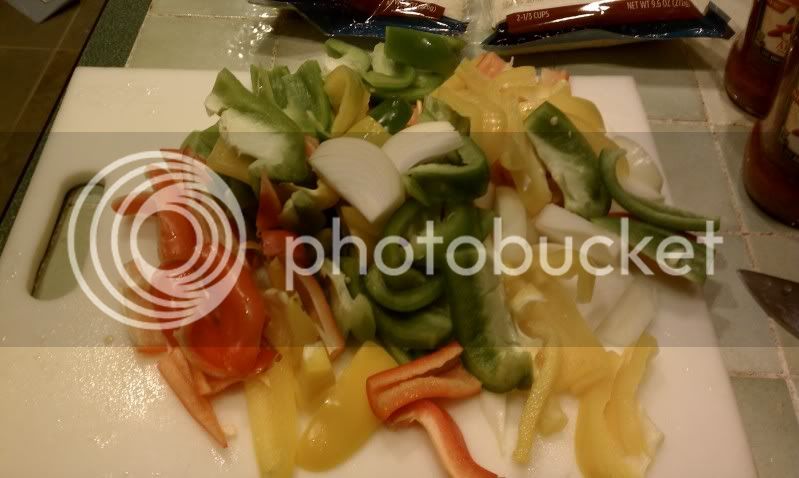 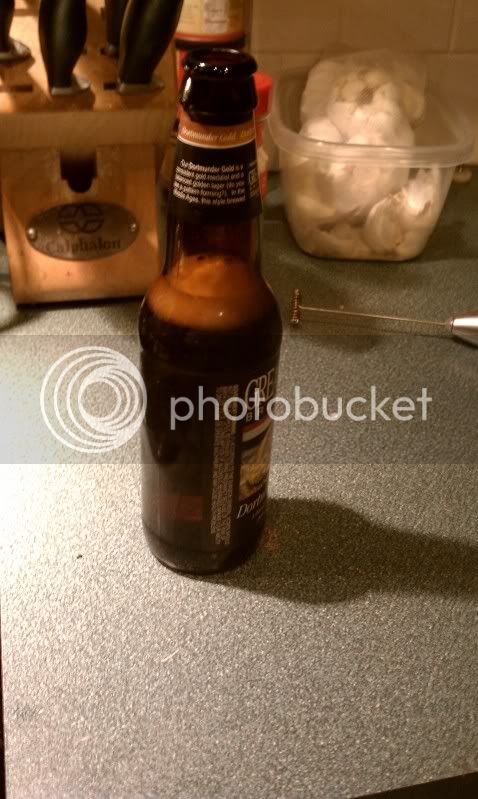 Once the sausage is cooked, remove and set aside. Add a few tablespoons of olive oil to pan. 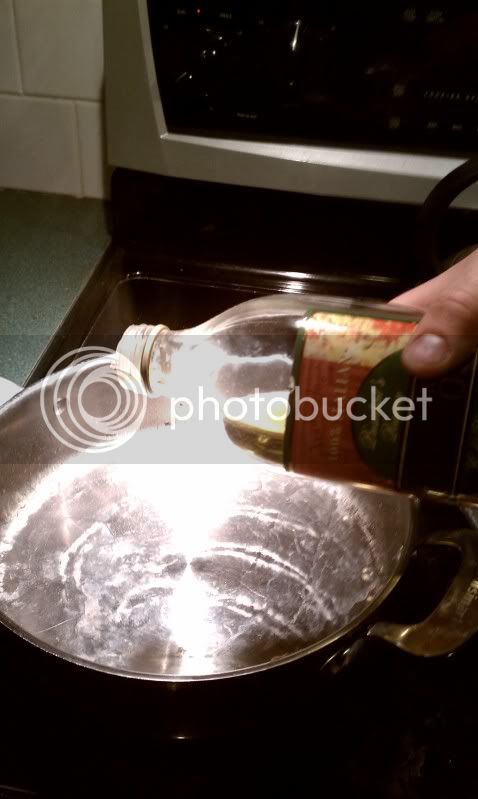 Now is also a good time to start boiling the pasta. 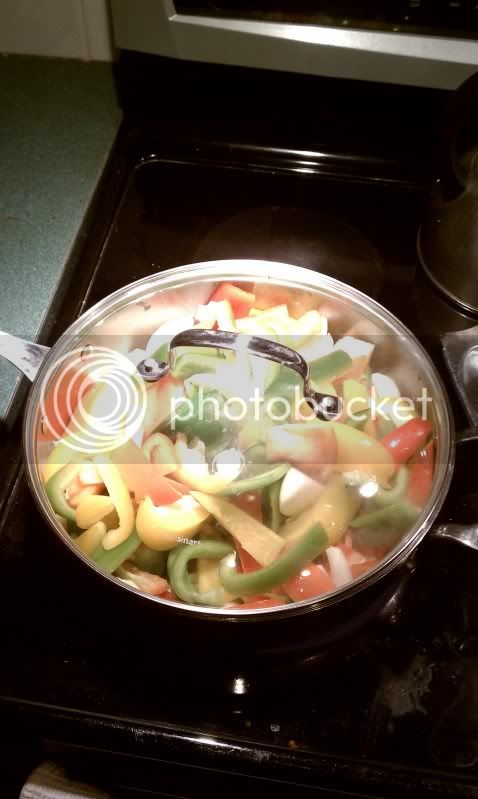 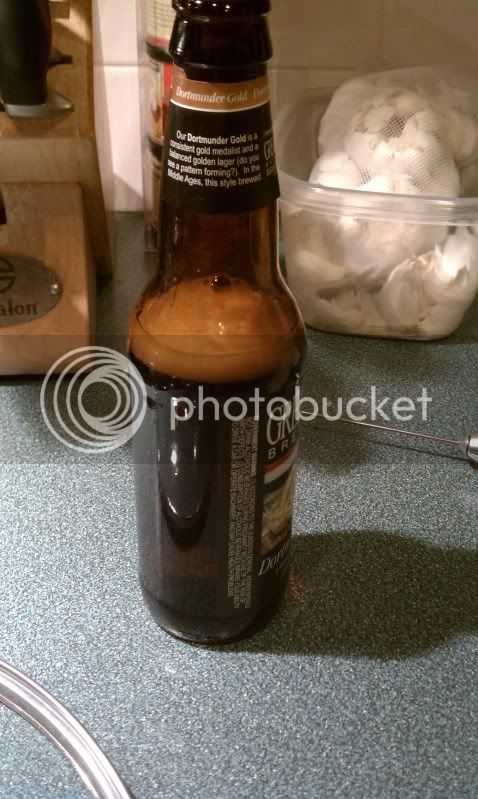 While peppers are sauteeing, slice sausage on an angle. 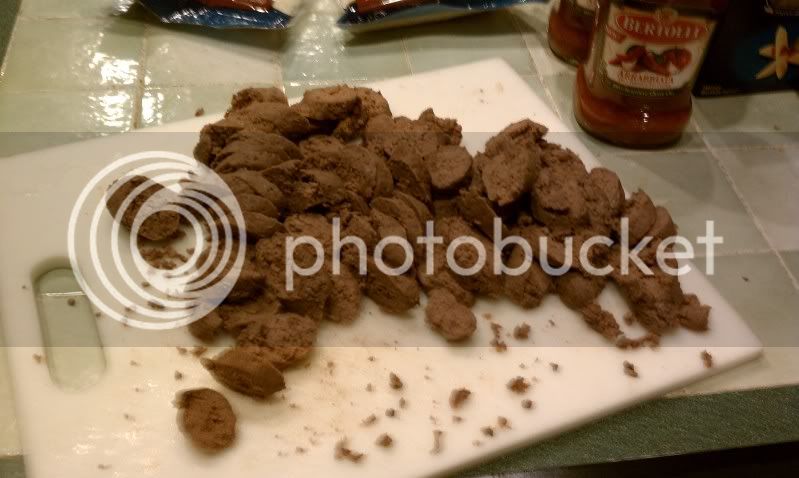 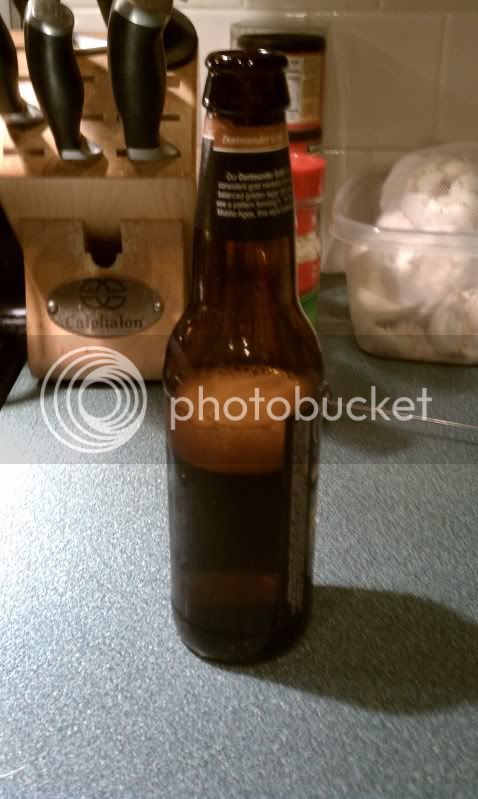 Once peppers and onions are satisfactorily cooked to aldente, add sauce to pan. 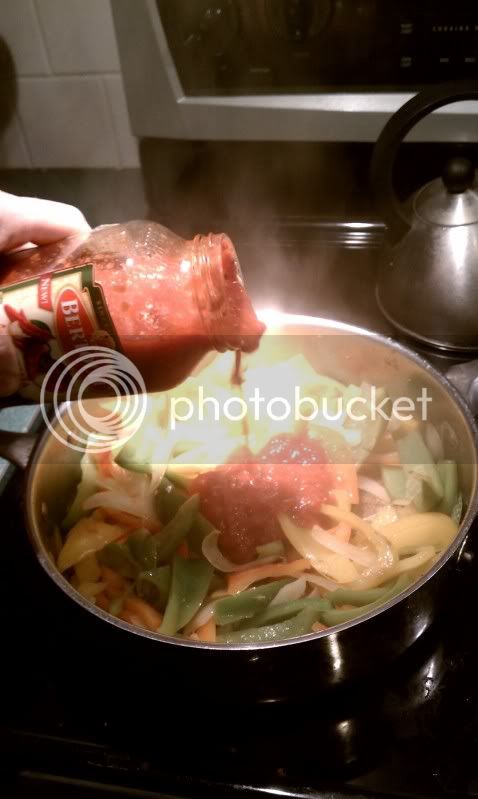 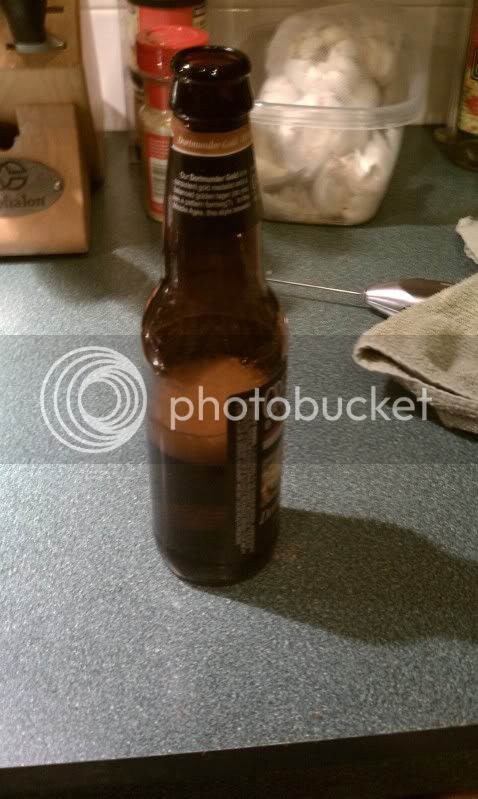 After slurping back some brew, add sausage to sauce/peppers. Mix all together and bring to a low simmer for about 5-10 minutes. 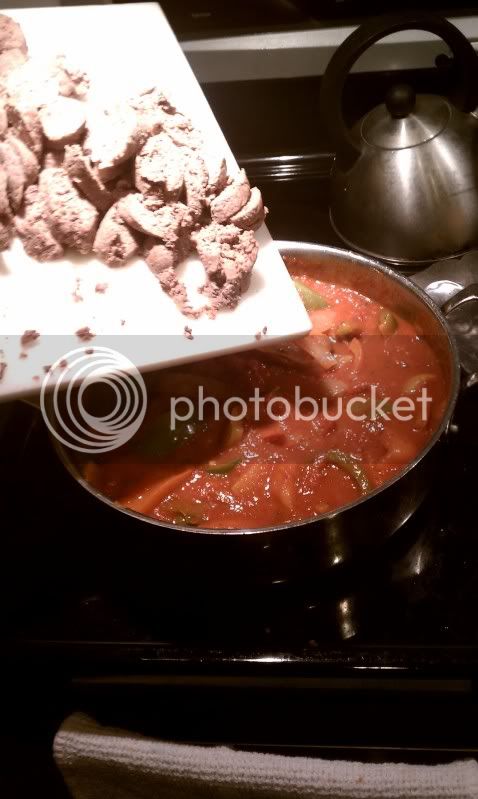 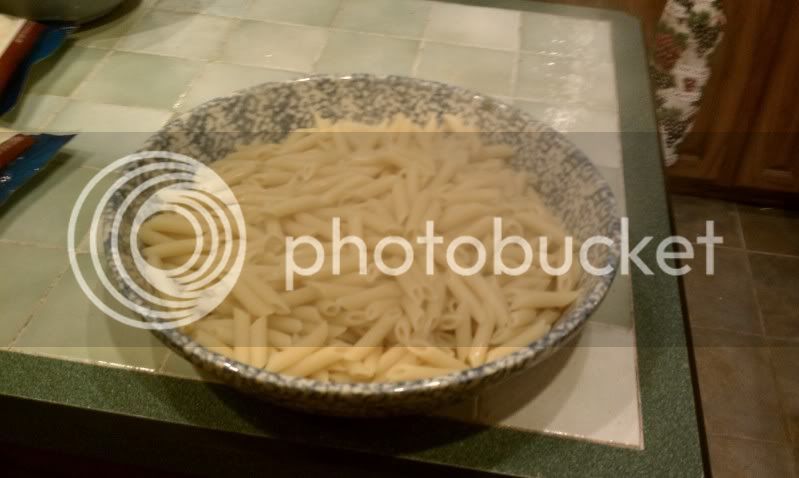 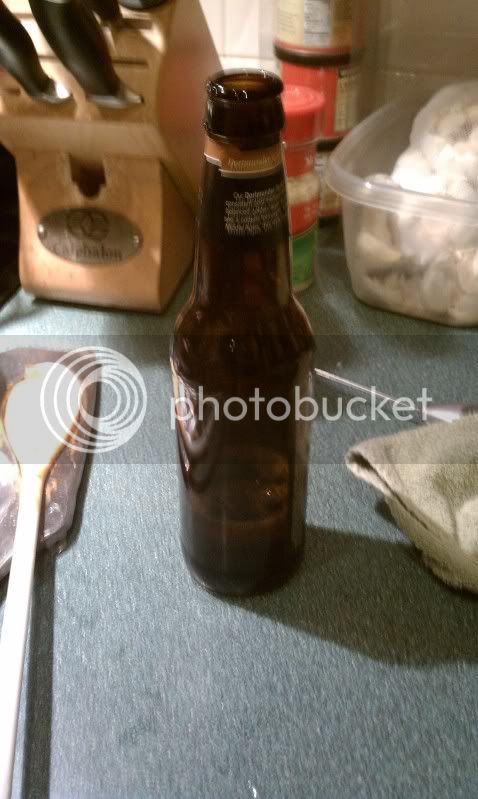 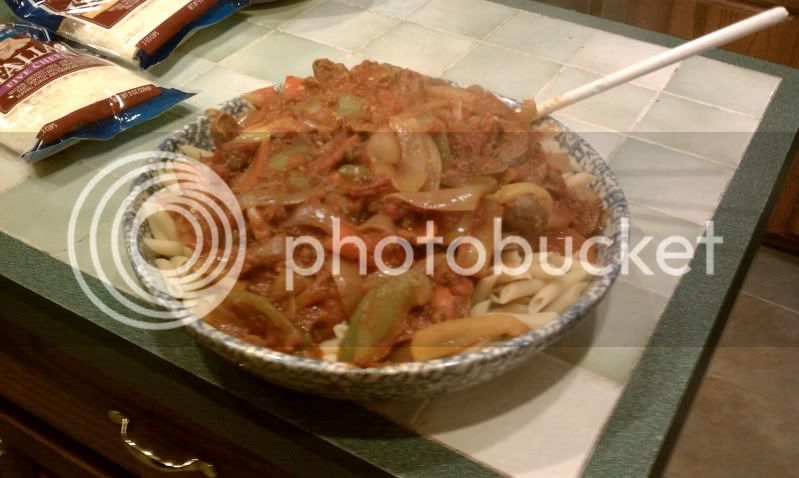 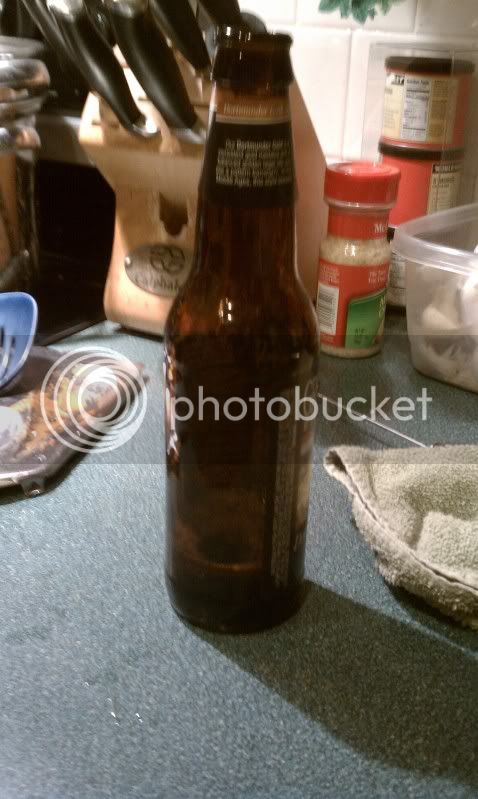 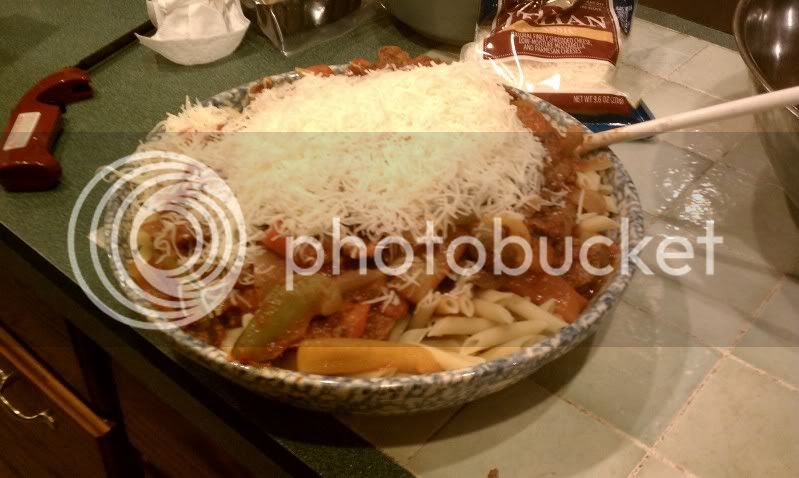 Upon realizing your bowl is too small, remove to larger bowl, mix well, and finish beer. 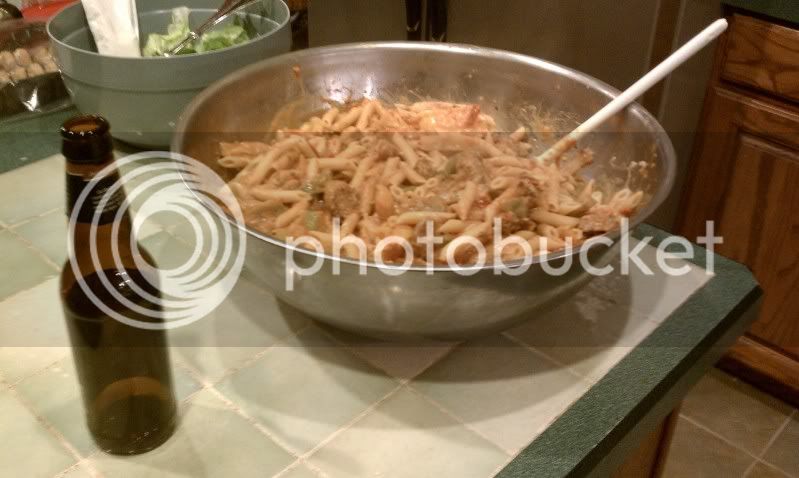 Open up another beer, and serve with ceasar salad and garlic bread. Yee-haw! 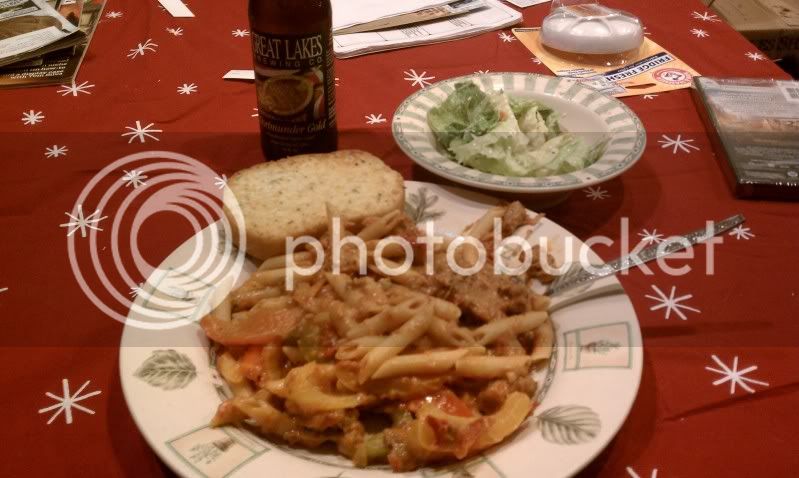 For Full-Redneck Italian, all cooking should be performed wearing a "Kiss the Cook" apron, inside a cabin. In addition, Busch Light, Jack Daniels or 'shine may be substituted for Great Lakes Dortmunder Gold.. lol lol lol

Dude. I am seriously impressed

Thank you sir. But really, it's pretty simple. Anybody can do it, and it's pretty damn tough to mess up. Maybe if I made my own sauce, too... but that's too much effort.
R

I do the same thing a lot of the times I'm cooking for myself. Boil Pasta, find stuff to go in it, then add sauce...not quite as elaborate or good lookin though!