Someone Finally shoots a buck in philly

So my buddy Dave decided that since none of us could go to New Philly with him, he was going to go alone. This was going to be his first time out this season and he was pretty pumped to just get out finally.

I don’t know what made him decide to sit in my dads stand but that’s where he holed up. I imagine it was because I have my dad set up about 65 yds away from the corn pile we have. Reason I have my dad set up like that is, he is on am ajor travel route in and out of the woods and the corn is right off the side of this path. He hasn’t gotten a deer in a very long time and I was going to make sure this year is it.

So Dave decided he was going to sit there as well and hopefully get a doe. Around 6:00 he hears something hauling ass out of the woods, it is a yearling doe and shes jumping around running in circles around his stand. He hears something blow and he peeks around the tree and it is a nice doe. He said he wasn’t going to shoot it because of the yearling being with her. So they mosey out in to the corn pile and begin to feed. Then another comes in from the other side of the woods.

About 45 min. later he hears something coming up behind him. Not sure what it is he turns around and sees bone. A quick look he decides it’s a shooter in his eyes and hes going to take it if it comes by him. Well This buck walked within 10 yds of his stand past a tree and stopped right behind this bush…No shot! All he had to do was move 15 feet. So the buck moves that 15 ft and his vitals are right in between two tre trunks and his head is blocked so he cant see whats going on. Dave puts the pin on him and Thud right in the air box. He ran about 50 yds and expired beside a tree on the ridge.

Those deer came in straight down wind. No sniffing, no blowing, nothing. Dave smoked up his clothes before he went out and told me thanks. He said “you’re right dude, this smoke stuff works, they had no idea I was there and they came in dead down wind from me”

So on to the pics, hes not a monster, hes not huge, but hes daves frst buck in about 6 yrs. I like how tall he is. If he was past his ears, his brows were taller, and got some mass he would be huge. 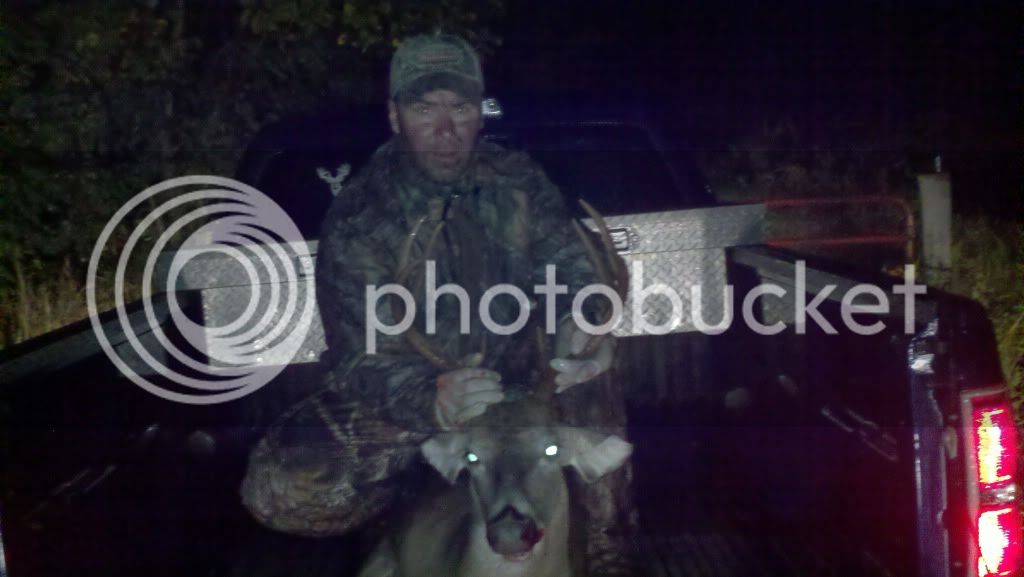 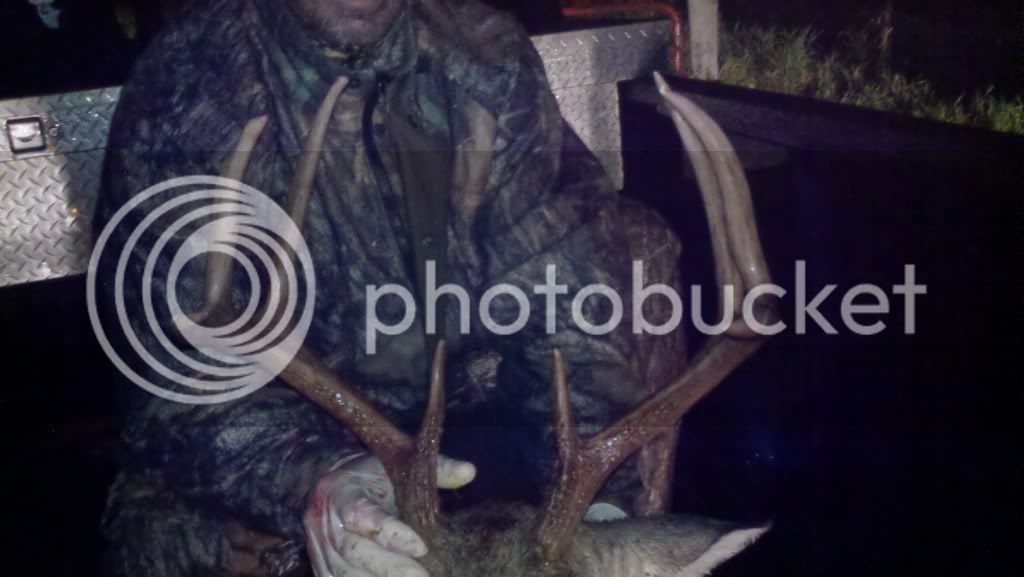 I'd drop the string on that one. Tell him I said congrats!

Congrats to your pal! Nothin wrong with that guy at all, love it!

Congrats to your buddy!
R