Still made the school bus

Well today the weather finally broke enough to take my 8 year old boy out Turkey hunting..... before school. I had located a gobbler this week that had been very predictable in his patterns due to the high water, I knew it was just a matter of getting some decent weather to get the boy out there. We hunted 3 straight days last weekend in the rain and wind with only a couple of hen sightings.

Last night I went into a new area and set up our blind in the dark at 10PM, knowing that was my only chance of not buggering up the place. I went to bed with great anticipation for this morning, knowing if I could get the birds into the field just enough to see the decoys that would be enough to bring in ole Tom.

I woke up at 5am and sure enough, it was raining, AGAIN! Dammit I thought, but after checking the radar I could see it was going to stop soon. I went up and dragged Dane out of bed, it took a little extra to get him up today for some reason, but we got ready and were out the door before 6.... Now keep in mind that he had school today and either way I had to have him back home to get on the school bus by 8:10.

So we get to the hunting location and walk 1/4 mile to the blind, daylight is already breaking and we are running late. I get the decoys set up and get him in the blind and realize I left his shooting sticks in the truck.......SHIT! I tell him to get settled into his chair and I will go get the sticks. I took off on a fast walk and was to the truck and back in short order. By now it is light enough to shoot, but there was no sign of any turkeys yet, so I felt OK. I waited about 15 minutes and did a few soft yelps with my Primos box cutter. No birds answered or entered the field. After about 15 more minutes I got the push button call out and did another calling sequence. I kept glassing the field expecting to see a turkey entering the field from the south or east....no birds were seen for the next half hour or so.

About 7:20 I look out the right side of the blind and there is a large tom standing at 25 yards and closing the distance on the decoys! I never saw him coming at all because he came along the edge of the woods directly to our right. I grabbed the gun from the corner of the blind and got it on the shooting sticks and gave it to Dane. I told him to take his time and aim for the neck of the bird which, by now was only 15 yards away!

I took the safety off and then plugged my ears and BOOM!!!! He folded that gobbler right up! After a couple high fives we went out and grabbed the bird which was still flopping around. 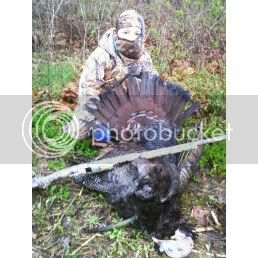 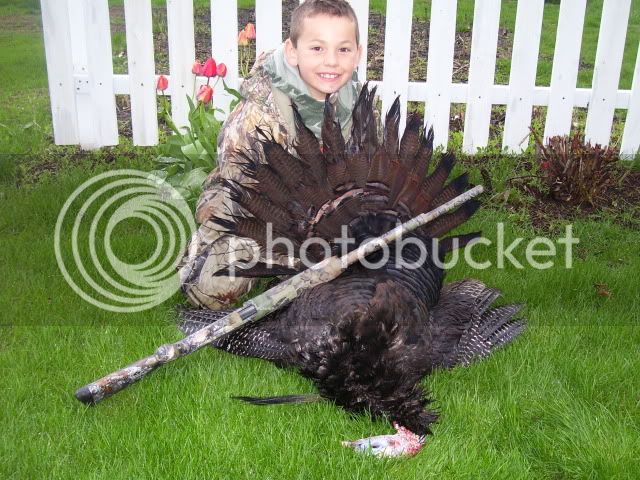 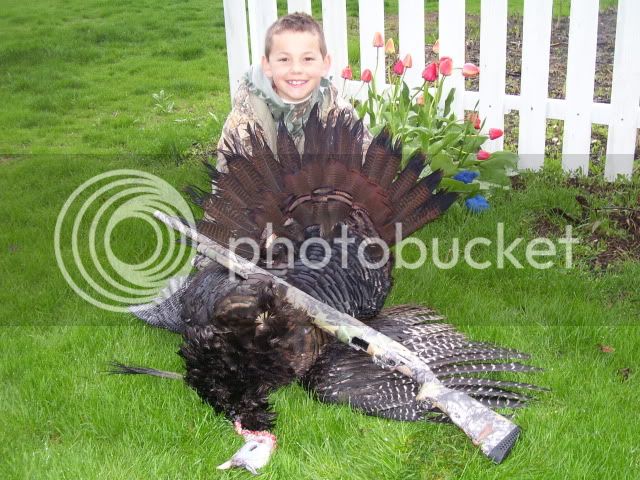 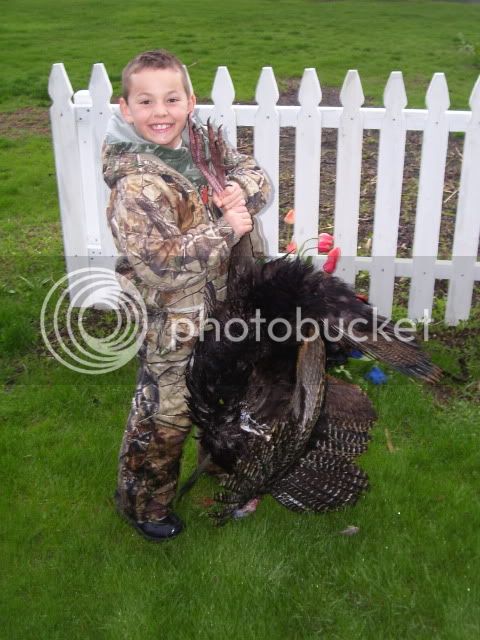 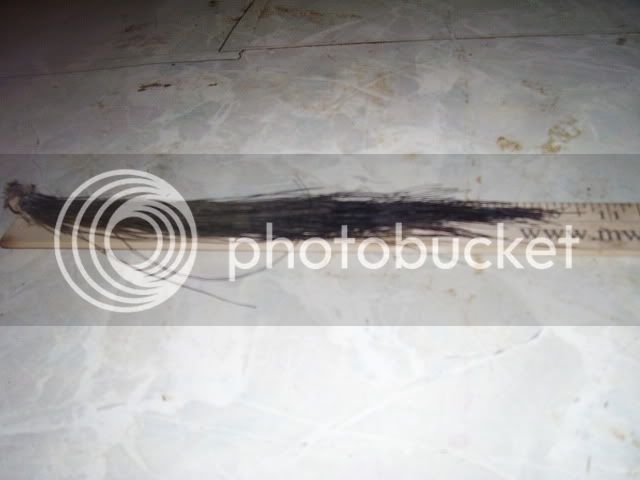 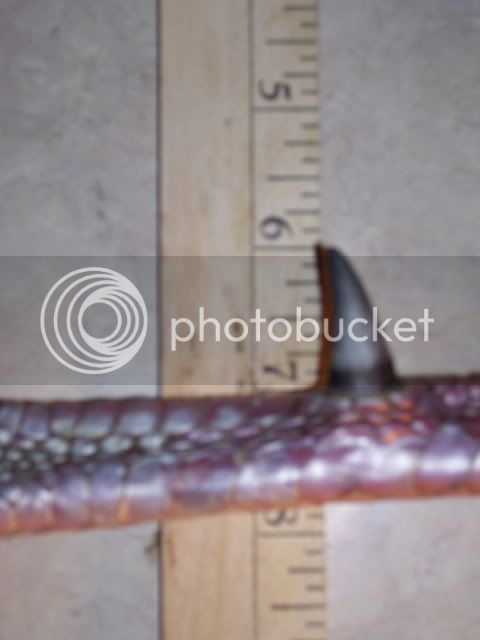 That's awesome! I bet he had a lot to talk about at school today, even if he does fall asleep this afternoon

Glad to hear that that youth 20 ga worked out too, I guess it's not so bad for him?

Way to go DANE!!!!! I can't wait to get to share this kinda thing with boy in a few years.. Great story Gern and pics, thanks for sharing.:smiley_crocodile:

That right there is just plain kick butt! Way to go man and little dude.

Huckleberry Finn said:
That's awesome! I bet he had a lot to talk about at school today, even if he does fall asleep this afternoon

Glad to hear that that youth 20 ga worked out too, I guess it's not so bad for him?
Click to expand...

He didn't complain about the shot until we got home.....he said his arm hurt a little bit. Heck, when I shot it for the first time my arm hurt bad!! haha!

He will be worn out tonite because we have baseball practice at 5.

Awesome day for the little guy... Congrats to him and you as well....

What a way to start the weekend off.

That is just awesome right there!! Congrats to you and your son Gern. What a way to start the weekend!! :smiley_clap:

Way to go Dane. Congarts to you both on a great hunt an a heck of a bird.

Great story and Congrat's to your son.

Now that the dust has settled a bit is he ready for #2? What shells and loads were you using Gern?

What a great story gern! Congrats to you and dane.

Beyond fantastic! A big congrats to you and your boy Gern!

Congrats Dane and dad! Way to get r done!!!
Great pics TOO...

Thats awsome Gern, bet he'll remember that hunt for all his life. congrats to your son

That's awesome! Congrats to you both!!!

Outstanding! Congratulations to you and Dane!

Nice bird dane! i bet he will be asking to go again real soon.:smiley_coolpeace:

aholdren said:
Now that the dust has settled a bit is he ready for #2? What shells and loads were you using Gern?
Click to expand...


Yes he has been asking about bird #2. It looks like I might be taking him to Richland county next weekend. He was using Federal Premium #5 shot in a 3" 20gauge. I just bought him that Mossberg 500 youth combo gun 2 weeks ago. It kicks pretty hard with 3" loads because it is so light of a gun, but he didn't seem to notice it too much.
You must log in or register to reply here.
Share:
Facebook Twitter Reddit Pinterest Tumblr WhatsApp Email Share Link