After getting the pond opened up, dam leveled and under control and dock installed it was time to step up the amount of biomass going into the fish. I had added a bunch of fish the spring of 2019 so getting food to the smallest to largest Bluegill and Perch as well fathead minniows and golden shiners would be my priority, figuring the bass and walleye would be eating that rung of the food chain. LoL - I eat them; the last rung of the food chain.

I researched the pros and cons of aeration systems, pellets etc - and didn't want the results of the Power issues/cost/waste/expense/hassle the more advanced pond management processes bring. All have some weighted elements of each - so I built my own system. My first attempt -2017- was an over the counter dock light that pointed into the water, solar powered battery, waterproof etc, it did fine, nice light, but the bugs didn't really go into the water like I hoped. Also, a note on the lights - from the camp, and pond there is no, none, zero artifical light. So any light brings swams of night bugs which I have been trying to work into the pond biomass for three years.

At home I bought a LED submersible light to fish at night. It worked like a champ and I had an AhhhHaaa moment.


The results are are below in a plan I drew up and acquired the parts for.... 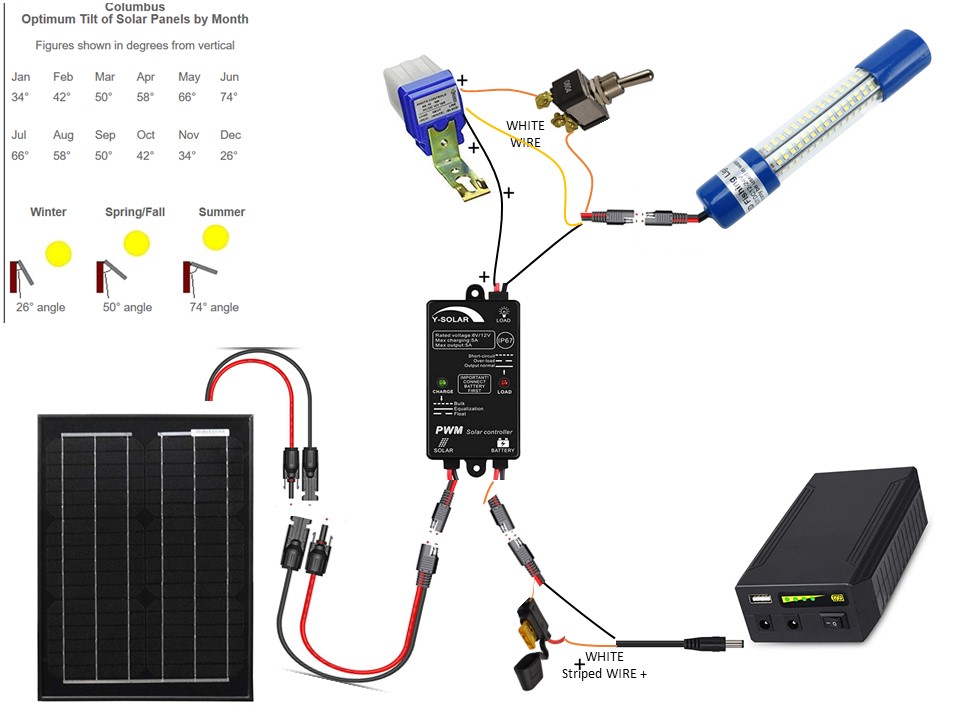 Once I had the parts I brought them into the bench to see if the theory would works... so I wired it, went thru the switches to turn it on... 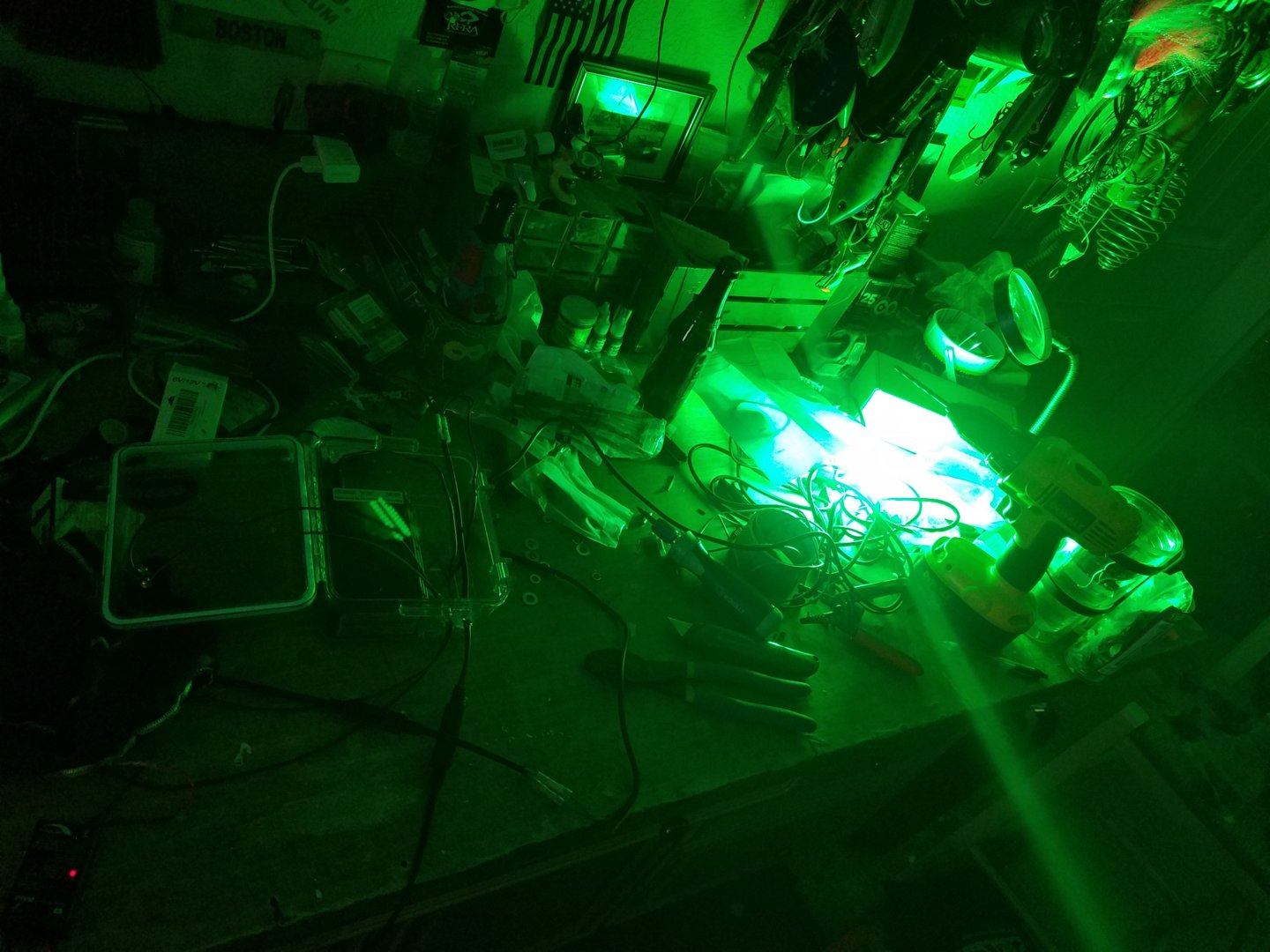 Now this light puts out 1,000 lumen 360 degrees, supposedly drawing 10 watts DC. I tried to right size the solar panel and battery, to run almost all night from a daily charge. The actual fish management theory (I'm putting to Dr. Bob over on Pond Boss Forum) is that the light will attract all manner of critters, zooplankton, phytoplankton, invertebrates and best of all - vertebrates, to eat the entire ladder! Well, I assembled it in June, set it all up and waited for darkness. 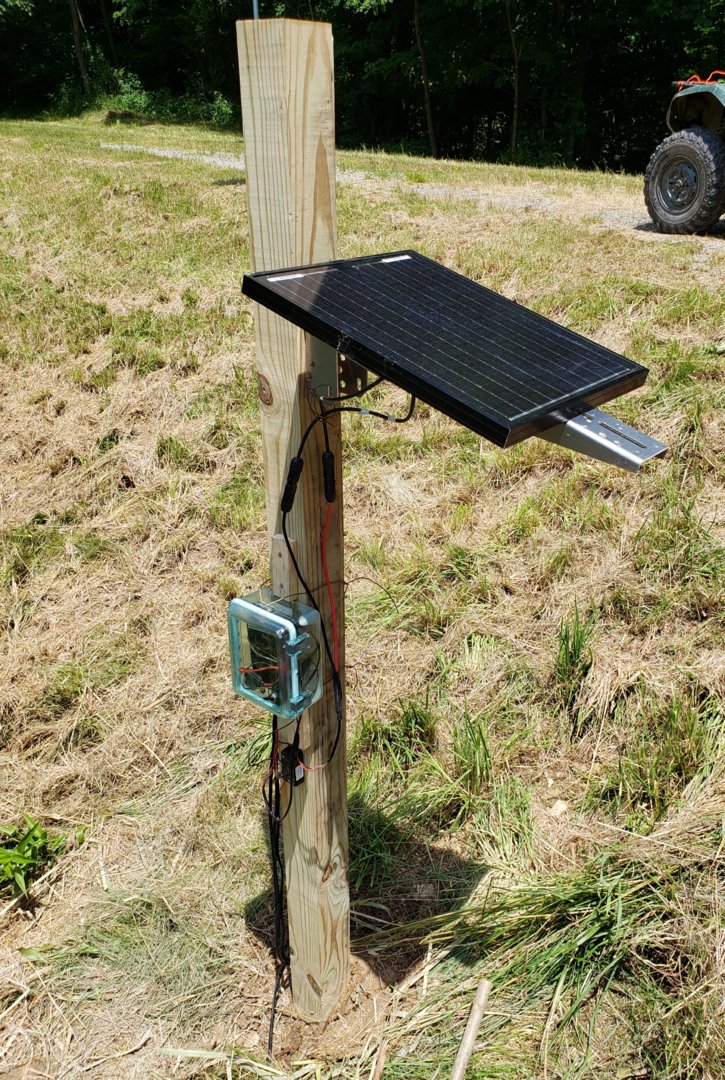 Night fell and I was astounded at the amount of light it gave off. As you can see in the reflection it's still mid-dusk. You can see a bluegill lit up about 10' thru the water... 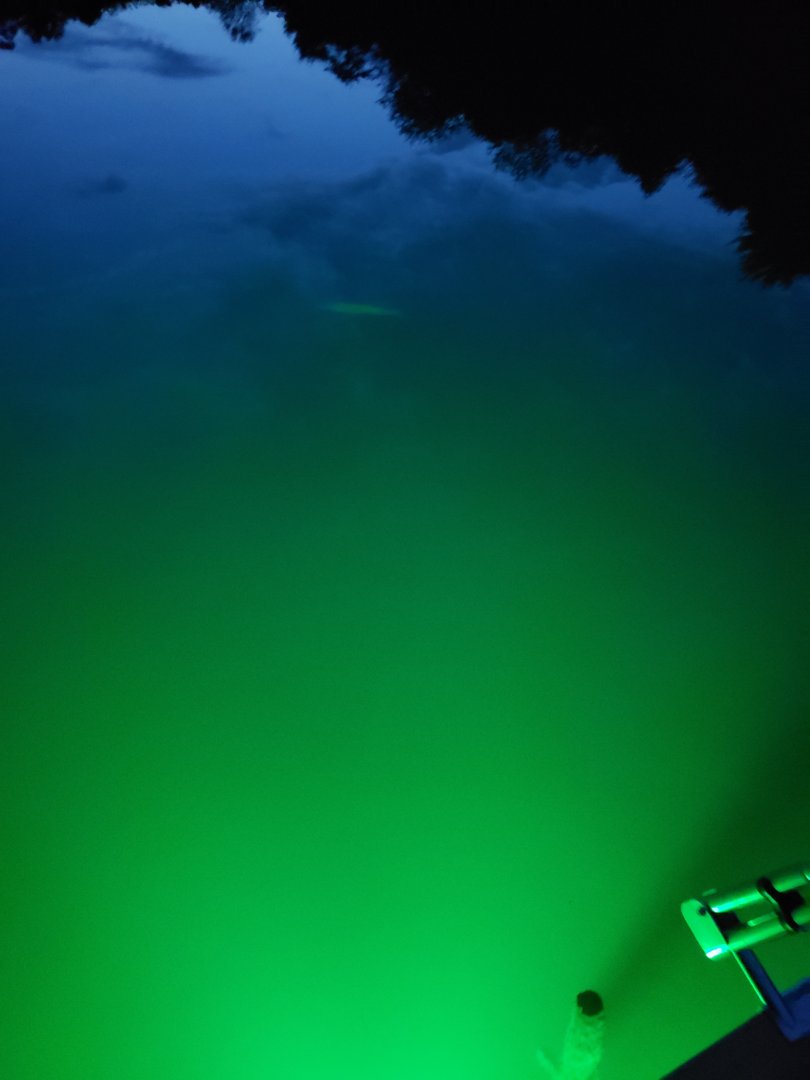 I hung around to record what happened and it went exactly as planned. A halo of 'critters' soon got so dense around the light that you couldn't make out any portion of the light. 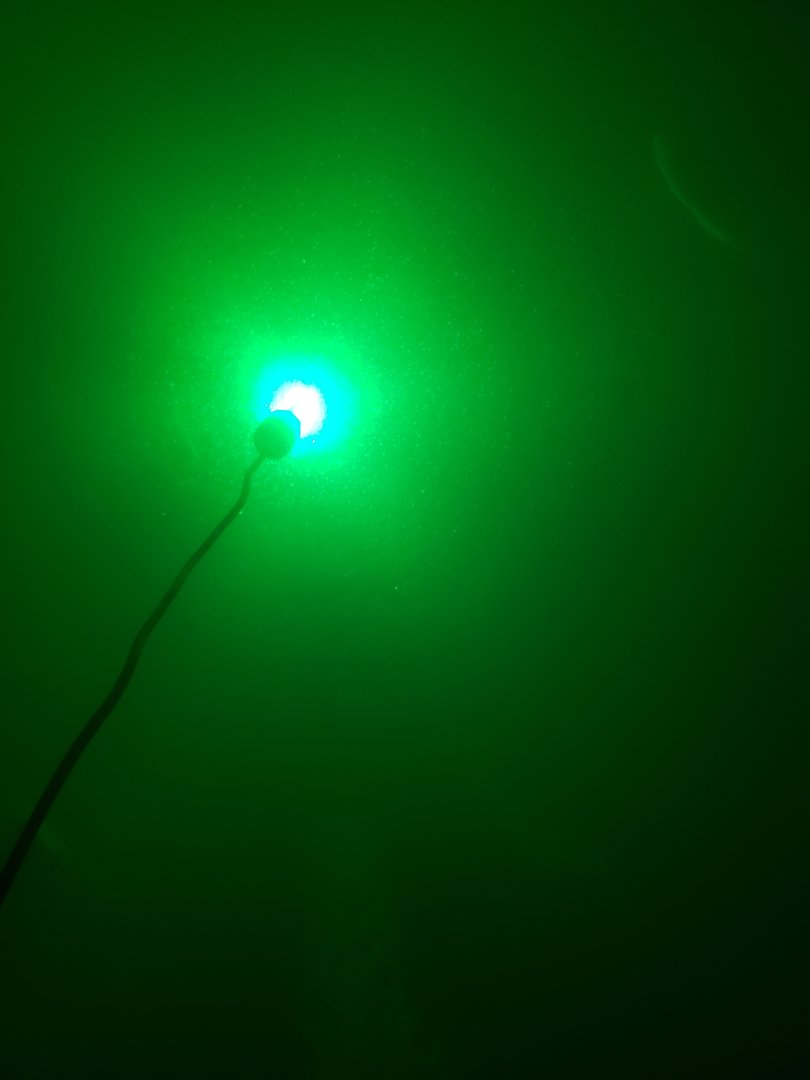 ​
It took about a week, but once the fish figured out there was a dense cloud of 'food' they would move in and just sit and munch - I put the snorkel and mask on and dived in.

Incredible, I didn't know the pond had fresh water shrimp, but they were zipping by my mask, fully visible in the light (which means the fish can see an eat them). I dorked up and overwrote the video I took, but it was great. Needless to say, it worked from June until I turned it off (manual) during bow season. One the dock light facing the water did is attack bugs but then at night those bugs would seek out your blood. WIth this underwater light, it seems much better, no aerial bugs (But that's another thread).


The underwater light under the dock at pitch dark and the illumination from the light. Honestly - I swim at night and this is just so worth it, just for this, this big beautiful bloom of green light! When you're out swimming in pitch dark, night sky, you can see the light on your legs , underwater, from 20'.
You can see the previous dock light on the outter left edge of the dock. Those came off in Oct and won't be going back on there. 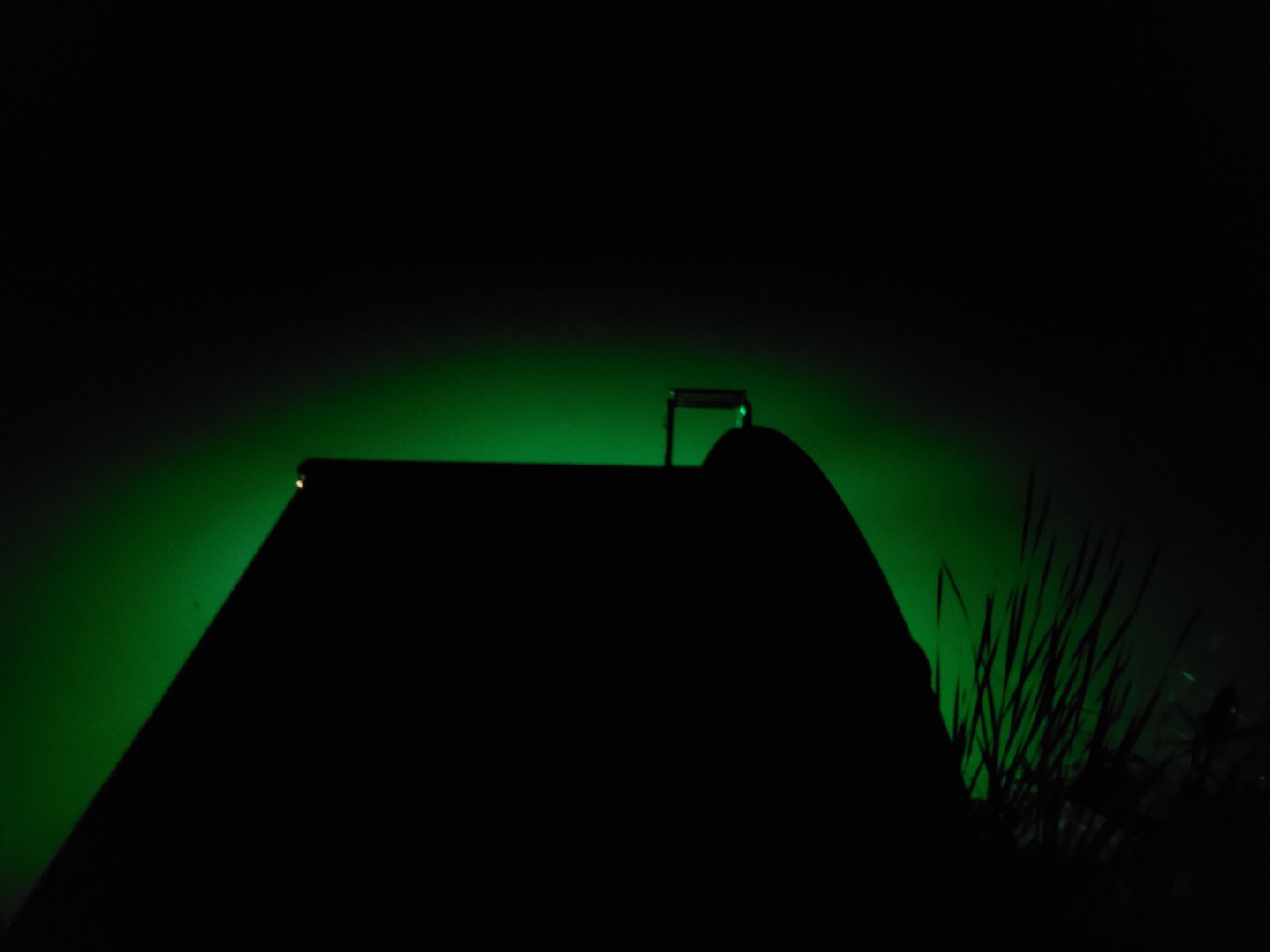 ​
Watching the bluegill growth over the last couple years ... they 'seem' to be getting bigger faster... no proof just lay observation. The issue is, unlike true experimentation I changed multipul variables in this pond so I couldn't prove a collelation to any one single thing, but at least the compilation of efforts seems to have had a favolavle result. Regarddless, heading down for a dip on a dank hot June, July or August evening is now a really really cool trip!

Back up for turkey season, got my two longbeards so I'm farting around with all the other fun time-suck, noise makers I have around. One of those is the underwater light, charging up daily, turning on at night and generally being bloody marvelous.

Watch the stud bluegills chomp after chomp the critters in the pond. This occurs every night - all night. Gills are getting hefty.

Can't see the video. Says it's private. Now I'm worried what the video is lol

Yep I hit the wrong button when loading - thank you - heading over to fix it..

@OhioWhiteTails this would be cool for your place. Put a screen in place of the beta tank.
Reactions: OhioWhiteTails and Stressless

Unbelievable- the amount of feeding and biomass this concentrates for the vertebrates! I stocked tilapia and the 2-3 YOY are now being aggressive which has spurred the bluegill to feed more aggressively.

The 2.0 version is a 50w monocrystalline panel and 32amp hour SLA battery. Works dusk till dawn, they start lining up at dusk and feed till dawn. This shot is at 0620 this AM just before it turned off.. Amazing. 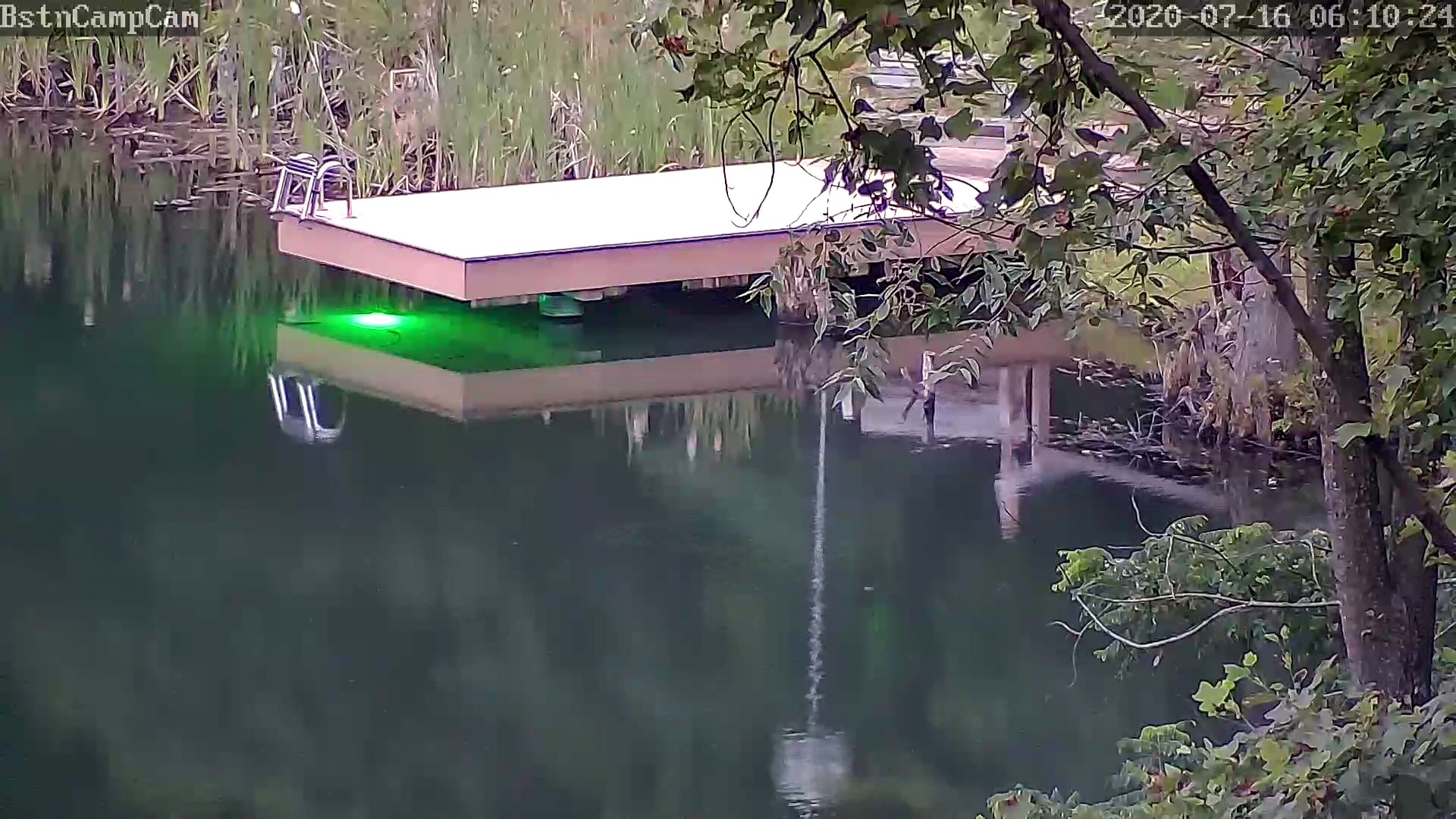 Does anyone actually use that ladder? Makes me think anyone getting in right there would be under attack.

Oh ya, it works like champ, we take a jar of fish pellets fill them up and then go for a swim.

Update - Pond Light 2.0 is working - fabulously- updated 2.0 config and size. Works all night every night. Videos of the fish feeding below. 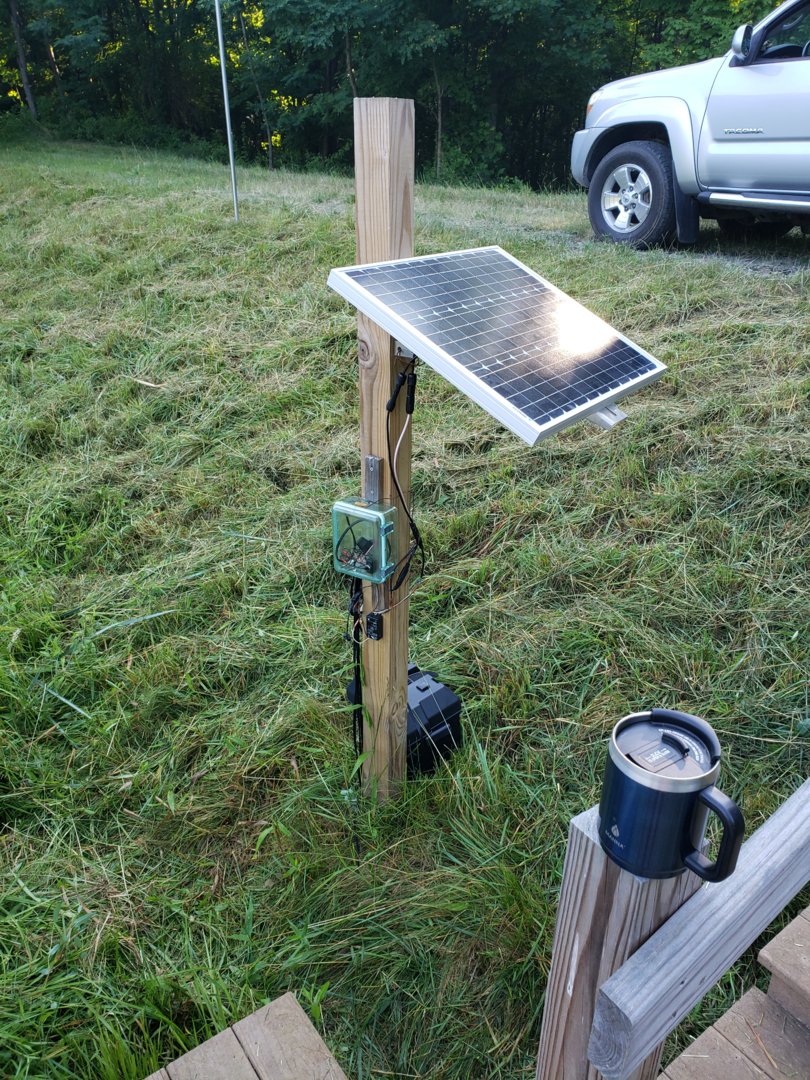 I did take just about every tool in the shed down with me to install - wasn't sure if I'd need to redo something major - didn't but did have to drill some bigger bolt holes in the solar panel etc... 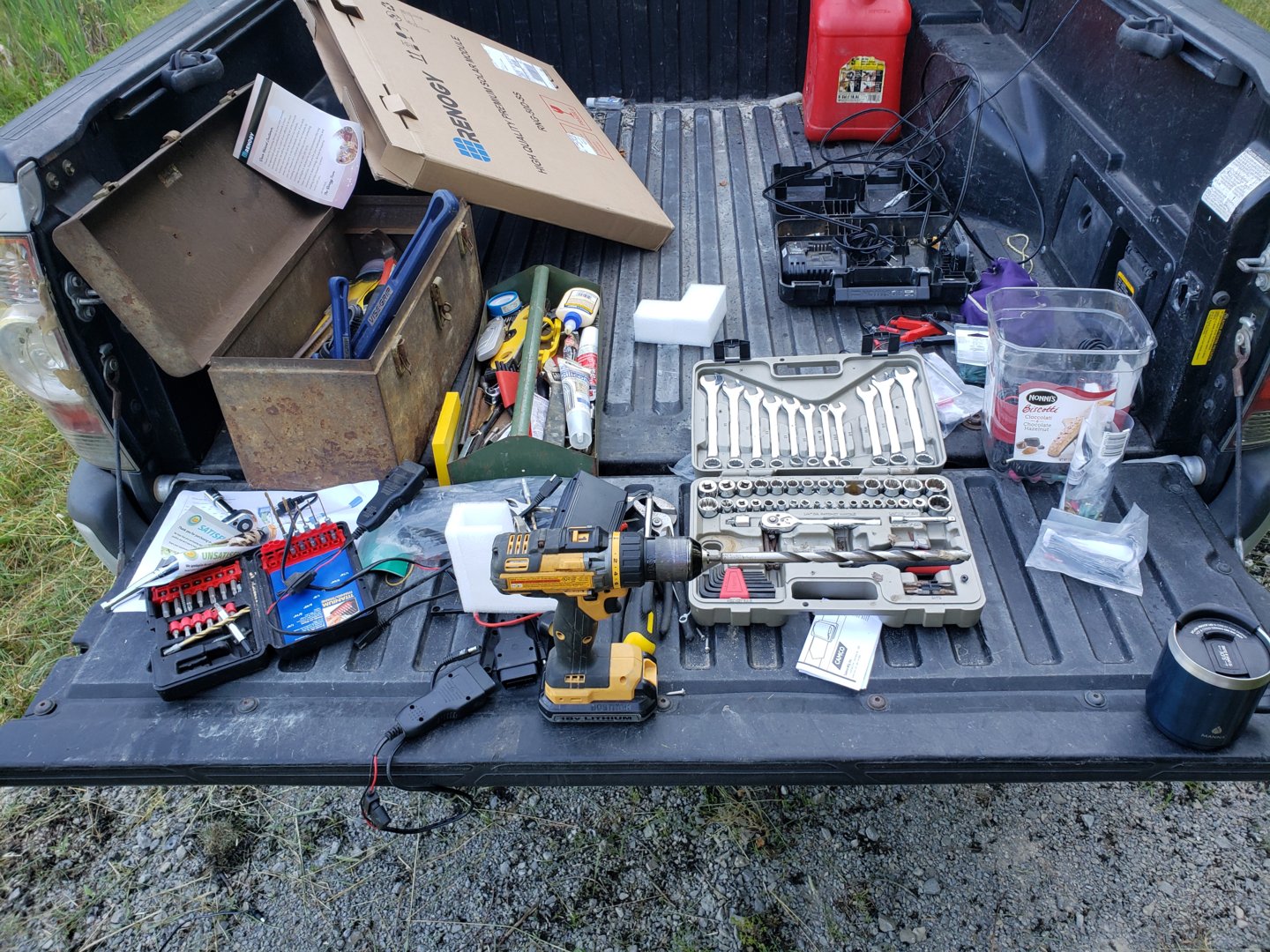 So here's the fun stuff, stocked tilapia in early June, first hatch is about 2" long you can differentiate via the longer dorsal fin. They're eating it up... making lotsa babies for gills and bass to get fat on...

I've noticed the igger bull bluegills stake out areas around the light and just chomp and chomp - getting big fast! No "feeder" no moving parts, no pellets just juice from the sun and natural protein. You can see the bigger 'bugs' right up on the light that the bigger bluegills are gorging on. All Night - Every Night.

Turned this on in mid-March - checked this AM and working all night - doing it's thing! 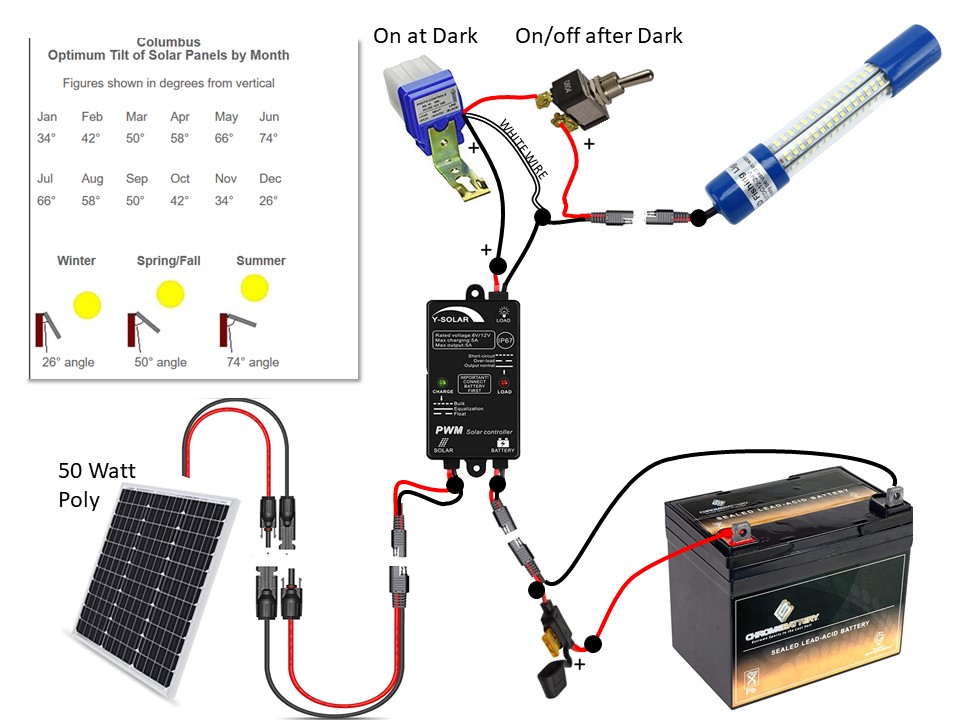 Here's the components I used to make that pond light, updated the diagram to reflect the 50w polycrystalline panel and larger battery.

Some waterproof butt splices and flat two connectors a post to mount to and you're good to go.

1 year update, ran from July -Oct 2020. Flipped the On/Off to Off to let the solar cell charge the battery - On/Off back to On in Mar, working every night all night...

Here's a vid I captured tonight (30x camera black as pitch) and the fish are feeding everytime I beam in and look. 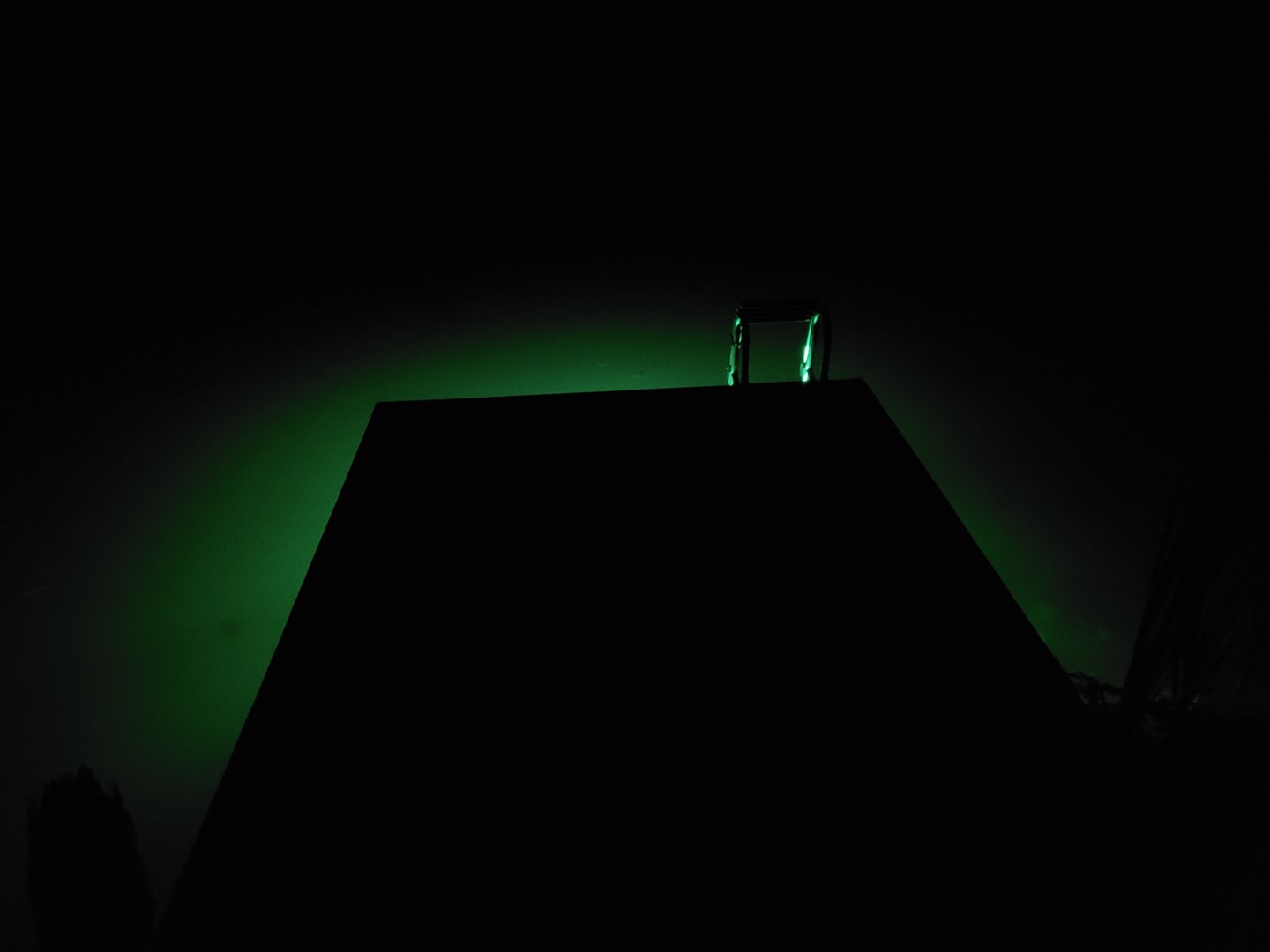 The only maintenance is scrubbing the bulb a couple times a year - takes about 20 seconds with a standard green scratchy. 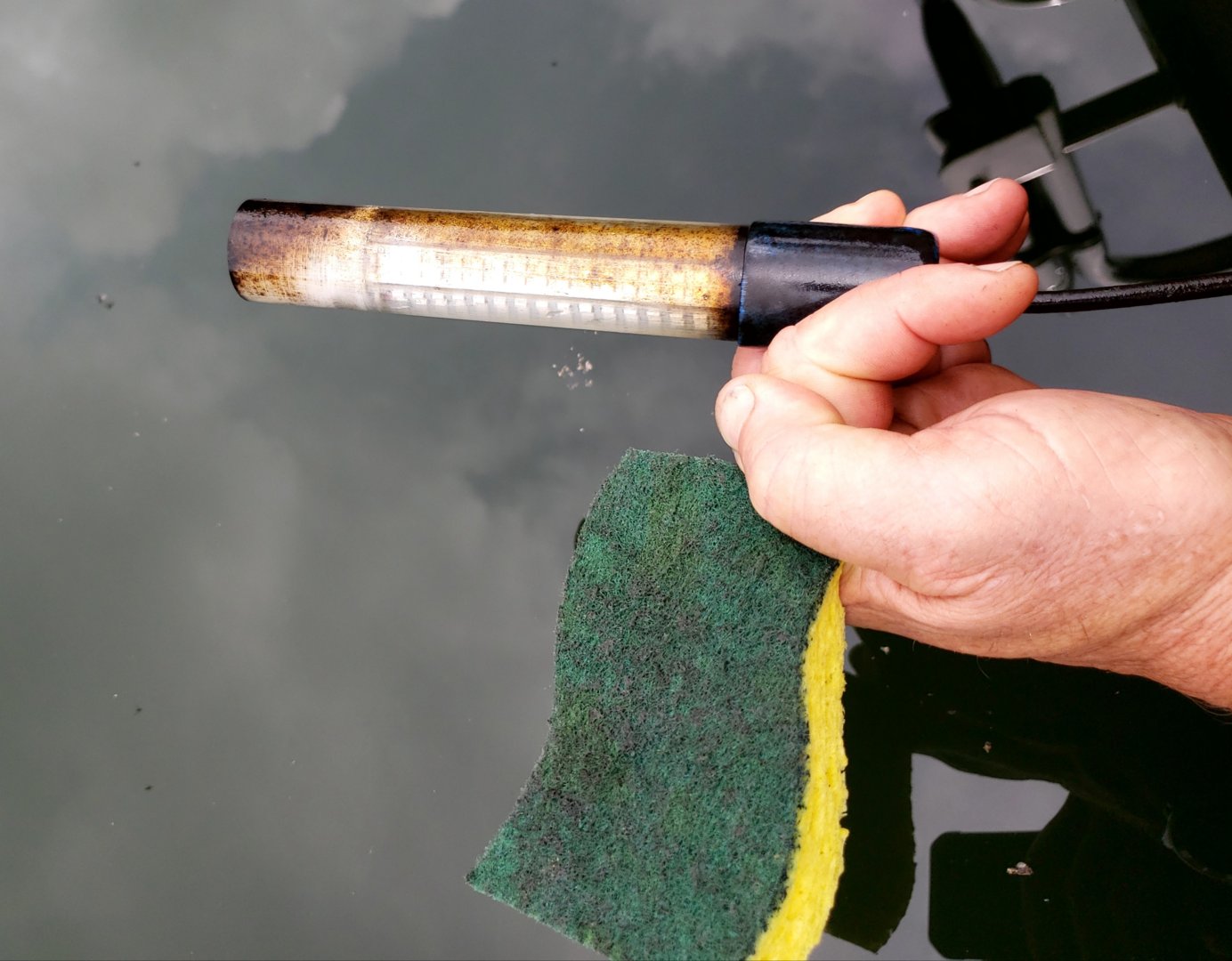 The one I have behind the house here is in brackish water and gets barnacles so I clean I have to clean it once a month. Same system - green scratchy.
Last edited: Jun 24, 2021
Reactions: Mike and brock ratcliff

My buddy Chris who transplanted the 7 bass put on of my pond light feeders in a couple weeks ago... this is his text.

Suggest you try it if you have a pond.

Dude this light is impressive.... it's non stop fish activity all night long. It took em a few weeks to get comfortable with it but look out now.
Keeps me up too late watching the aquarium....