For anyone interested in saddle hunting or upgrading gear, Tethrd is running a pretty good sale right now. It looks like all of their saddles are included in the sale, some as much as $50 off.
Reactions: Mike

Kinda off topic but on the same idea. What happens with buck fever in a saddle?

giles said:
Kinda off topic but on the same idea. What happens with buck fever in a saddle?
Click to expand...

giles said:
Kinda off topic but on the same idea. What happens with buck fever in a saddle?
Click to expand...

I'm one of those weird people that gets the buck fever after the shot, not before. But when I shot my first buck from it, I was kinda like this.

I get pretty bad after the shot myself. I gotta get off my feet and sit down. I think if I was in a saddle, I would shake every leaf off a tree in September.
Reactions: Mike, OO2, GoetsTalon and 3 others

No, this last much longer.
Reactions: Big_Holla, Isaacorps, Mike and 2 others

giles said:
No, this last much longer.
Click to expand...

That’s what she said.
Reactions: Big_Holla, Isaacorps, giles and 1 other person

Quantum673 said:
That’s what she said.
Click to expand... 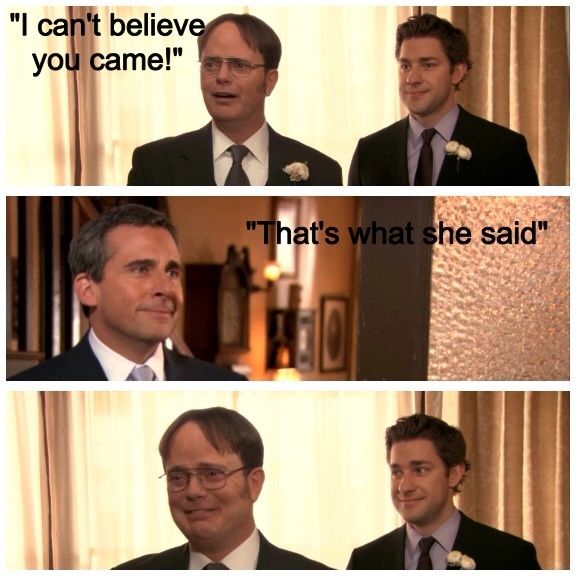 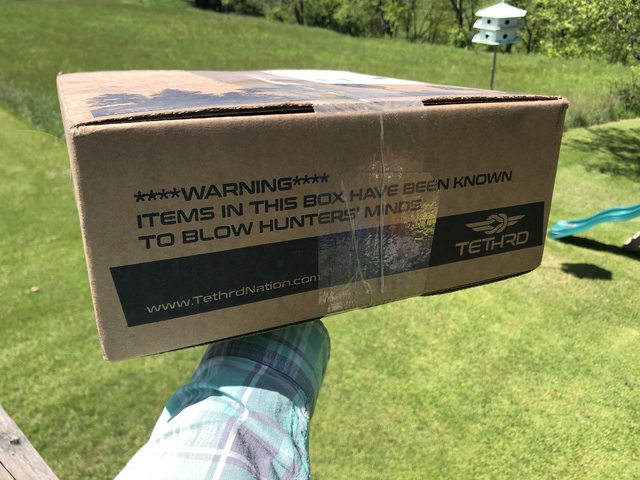 What did you get?
C

Milo said:
What did you get?
Click to expand...

New Phantom saddle. Out with the old Trophyline, in with the Phantom.
Reactions: Big_Holla and Milo
C

For comparison's sake, here's the new Phantom next to the old Trophyline saddle I have been using. 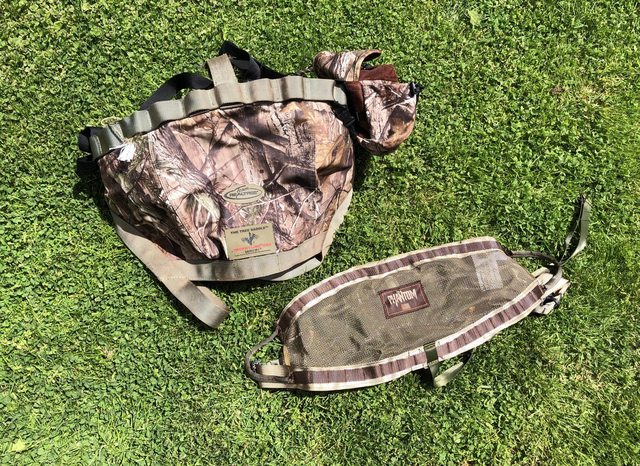 The Trophyline is also made of really thick material that doesn't breathe much/well, and the Phantom is the polar opposite. It's more meshy and airy, making it ridiculously light. I think that will be good and bad, depending on the time of year. The Trophyline was never something I could wear in on long hikes because I'd roast and sweat, but it would help keep me warm in cold weather. The Phantom will be much better during the warmer months but won't insulate me in the cold.

One of the biggest upgrades to this move (besides weight/bulk) is this combination of an updated tree tether and the Amsteel bridge on the Tethrd. The Trophyline used a heavy duty barge strap material for the bridge and tether. The strapping doesn't move inside the carabiner, it's too stiff. That was a problem when I had deer get into the zone (as I face the tree) to my back-right. Because that barge strap wouldn't slide in the carabiner I was limited on how far I could turn to my left to get that shot off. 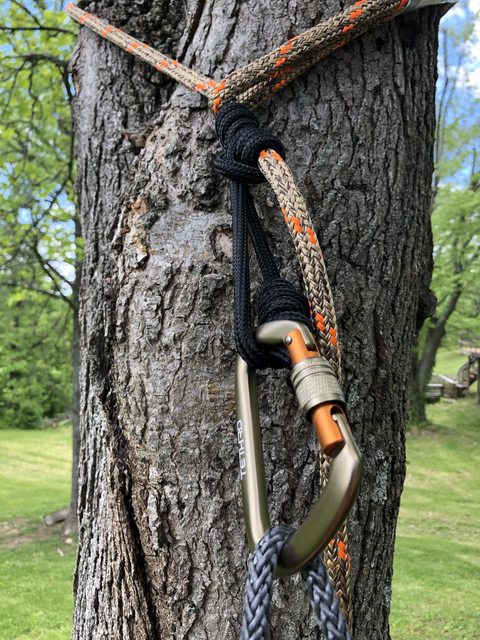 The combination of the Amsteel bridge that slides easily and the lower profile of the Phantom makes it easier to get into position to make that shot. Basically, where the 18 in 1 is sitting was like a dead zone for me the last two years. Not anymore. 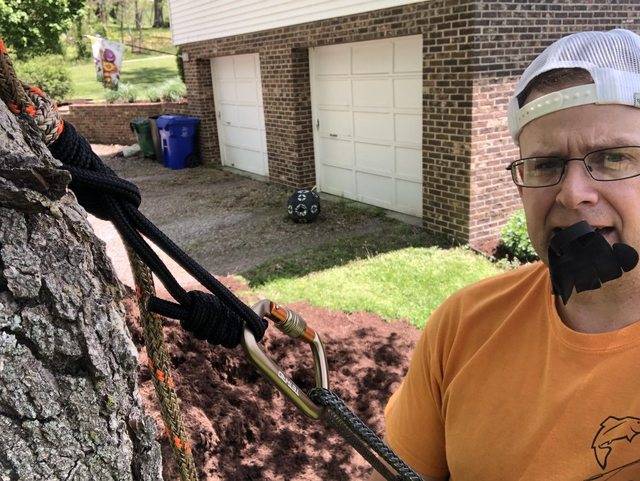 I'll continue to tinker with it and practice from it, but my initial reaction was that this was a huge upgrade over the old Trophyline. I was in it for about an hour last night, shooting and playing with adjustments, and it was really comfortable. We'll see on longer sits if it stays that comfy. That high back on the old saddle had some serious pros and cons, and one of the pros was a little bit of back support. The cons were bad, though, too. Restricted movement, got hot in warm weather, and you couldn't add/remove layers while you were in the tree. Any coat or jacket you had to wear, you had to put on before getting in the tree. That was a major issue I had on my cold weather hunts on long hikes.