I'll let Snydbo tell the story when he has a chance, but here's pics of his son's deer from the youth hunt at Mosquito today. 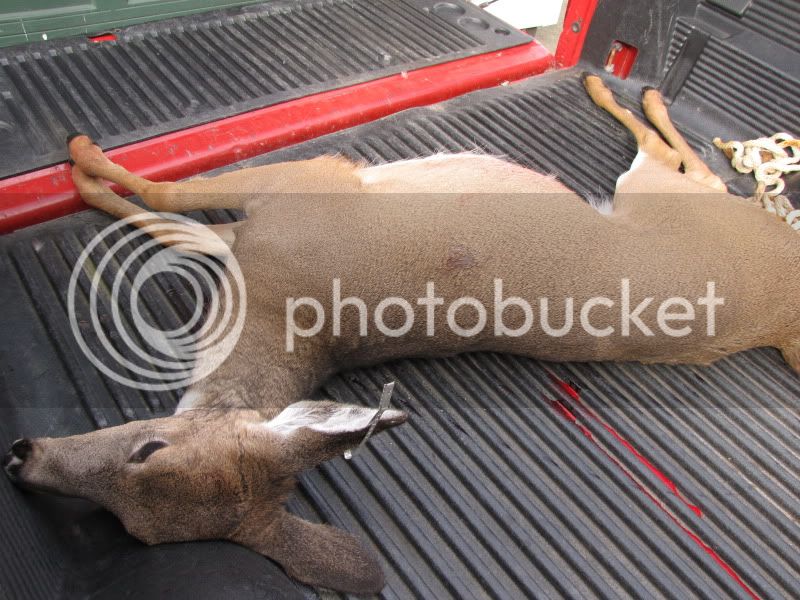 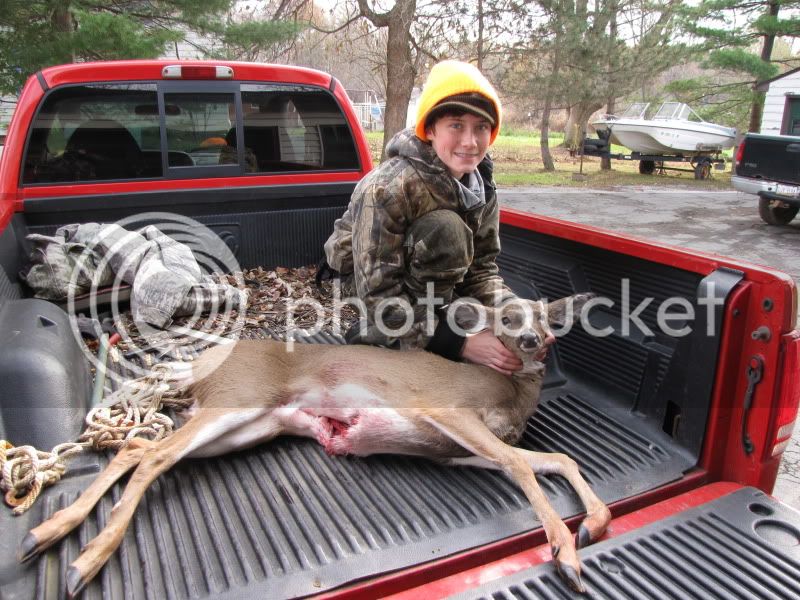 Good stuff. Congrats to the youth on the first deer!!
R

Brings a smile to my face. Can't wait TOO read the story
S

Tim is 14 years old and this is his 2nd deer ever, first with a gun. We decided before the hunt that he would take the first available opportunity to shoot and he did so in a big way. We literally hunted for five minutes before he took this small, good eating tender viddle @ 78 yards with his 20 gage. Dropped it on the spot, severing the spine.
What is really awesome is that it was pretty instinctive shooting on his part. There were about 8 deer in this group, none of which I saw were bucks but it didnt matter anyway. He was tracking the first doe out of a thicket running at an arc around us at about 100 yards when I saw 2 more jump out and I said "Tim theres more coming out!" One stopped broadside for a second, Tim pulled off the first deer, reoriented himself, pulled up, aimed and fired! Deer down, Hunt over! We hunt alot of waterfowl and he has really come into his own with his shots. Tim said I was worked up more than him as I hugged him and could feel his jelly legs set in. Awesome day, awesome hunt, awesome kill, awesome young man! Im still pumped about it! YEEEHAAA!

Man that is awesome!

Great story! Glad to hear that he confidently made that shot with his shotgun, I wish I was that good of a shot now, let alone on one of my first gun hunts!

Good job dad! Sounds like your guide service gets an A+. Did ya make him gut it??

Congrats to the youth on a great shot and some good eating.

Congrats to your son! Awesome!

Thanks guys. Cap't Ernie, not only did he gut it himself and reached up in all the way up to cut the wind pipe (yes he cut the pelvis and pulled the terd tunnel out too!), he also skinned it alone in the garage including keeping most of the neck roast intact - totally alone while dad napped in the house!
I should note that Tim didnt try for a spine shot he was going for the vitals. If you look at the shot placement he was right on but a bit high and was fortunate he got the spine. It sure was nice to skip the blood trail this time!
Last edited: Nov 8, 2010

Congrats on a nice doe. I missed this thread somehow until now.