The getting is going to be good this year!!! ickle:

I think most of you remember Moe from last year, but here is a refresher... 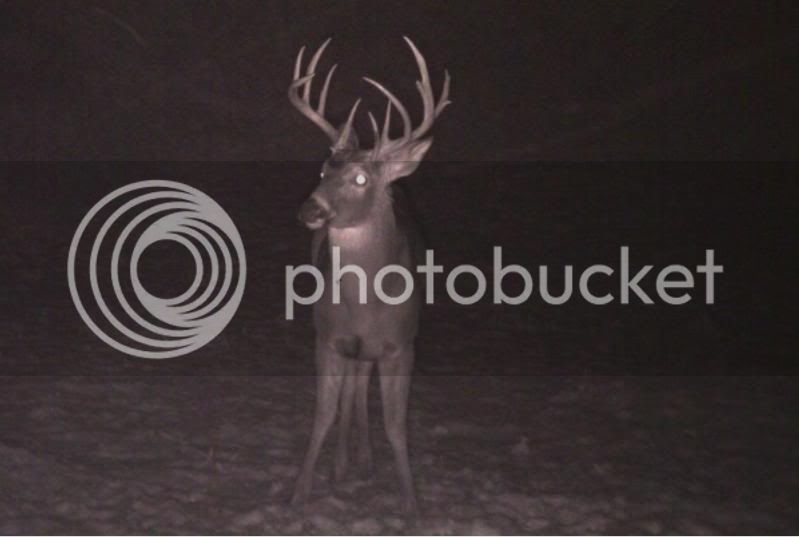 Thanks to the power of the golden acorn, I was able to keep him close throughout gun season and the toughest portions of this past winter. Before leaving for my snow goose hunt in Missouri, I snapped one final picture of him before he dropped that unique rack. I had originally pegged this deer to be an upper 140, to lower 150's gross last year. However, after seeing the pictures from March, I realized he was lucky to be in the upper 140's with all his tines in tack. With no sheds to be found, it was pure speculation as to what his 2010 rack would have grossed. Regardless, I knew he had potential to be a super star this year and I had high hopes of tracking him down once the 2011 racks had developed to a point that each buck would be identifiable. Little did I know I wouldn’t even make the first day of summer before he got under my skin again!

Earlier this month, I secured permission to hunt a portion of ground that I felt would be vital in chasing Moe this year, along with simply increasing my odds of killing a mature buck period. The first order of business was to get a camera out on the ridge where I imagined my best opportunities would be come this fall. I hung the camera over the convergence of three trails that I’ve always felt would make a great ambush site. After dropping 50 pounds of golden acorns, I backed out and let things go for two weeks before returning in the rain storm this past weekend to pull the camera. I was pleased to see 625 pictures on the cam in that time span, but I was even happier to see that over 100 of those pictures were of Moe. Still a good bit of growing to be done, be I’m 100% positive that it is him! 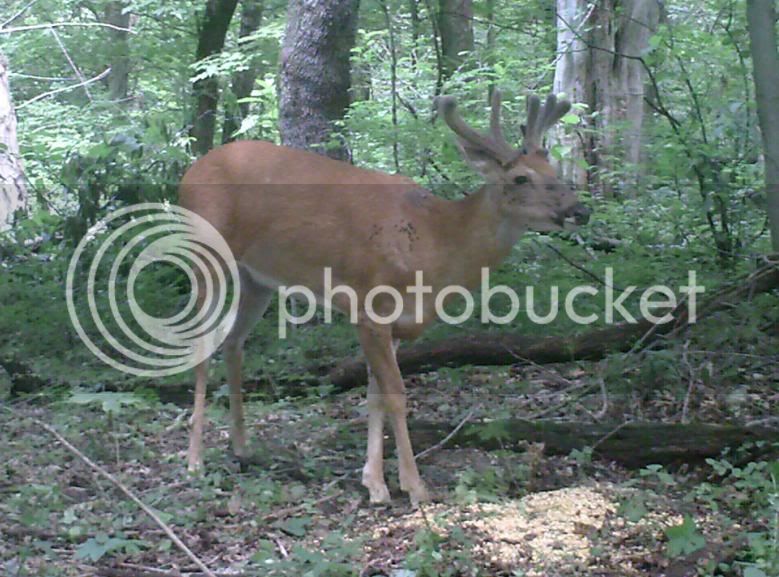 After looking back at Deuce’s 2008 development, two things came to mind. For starters, he is on pace with Deuce in terms of tine development, length, and mass. His beams are lacking, but their basic frame is a lot different, so that is to be expected. Here is Deuce from nearly the same day three years earlier… 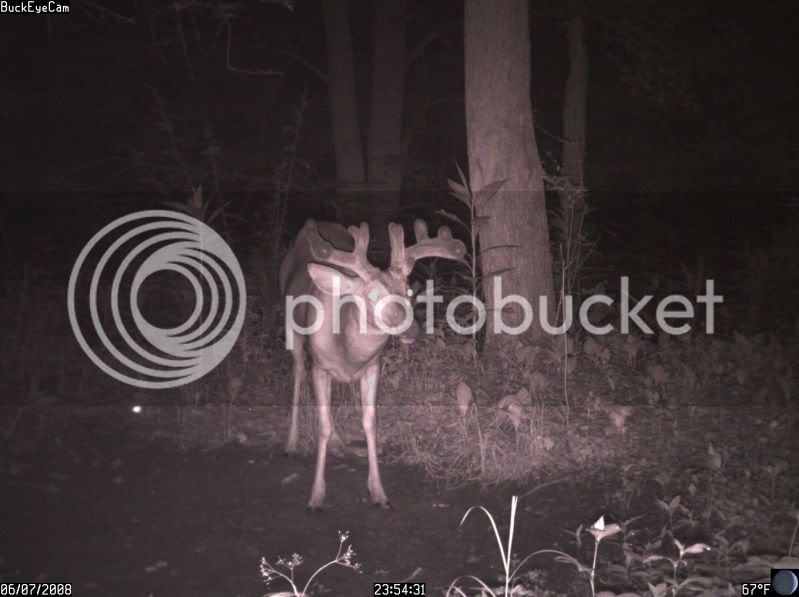 The other thing that I started to think is that Moe has to have some of Deuce’s genetics. It could be wishful thinking, straight speculation, or pure nonsense, but I’m sold that there are some glaring similarities between these deer. If Moe was to be Deuce’s son, then Deuce would have sown his seed as a 2.5 in 2006. Moe would have been a fawn the year Deuce was a 145” 12-point. Moe would have been kicked out that fall to find his own territory. The following fall, Deuce exploded in to a mega giant, and then a mini-van exploded him; leaving his territory open for a new buck to move in. In 2009, I barely hunted this location and the only good bucks we saw that year, were bucks passing through during the rut. Moe would have been a 2.5 that year, but my search of pictures from 2009 leave me empty handed in terms of young bucks that could have been Moe. However, I was not nearly as diligent with my efforts in this location that year and I could have easily overlooked him in the process. As a 3.5 last year, Moe had established his dominance in the area and he was working the same area that Deuce had dominated during his time in our area. Now it is very likely that he is not Deuce’s son, probably more likely he is not, than that he is his son. However, it is entirely possible that their mother/father/aunt/etc. is the same. When you look at the structure of their racks, they are not all that similar with the exception of their left sides being their craziest sides. But when you look at the collection of pictures I have in five years in this area, you begin to see that only two bucks have ever grown anything outside your standard typical rack: Deuce and Moe. For me, it’s TOO much to ignore. And besides, it makes for a better story!!!

So here’s to hoping I can actually close the deal this time around and write the final chapter in what has been a running novel for years. Of all the deer I have ever hunted, this is the one deer I feel the most confident in being able to kill. Even Crazy Rack from last year had me doubtful until our first encounter on opening day. I’ll keep you all posted on what is going down with Moe and I as we move closer to opening day. For the time being, I am letting him relax and enjoy his summer. But his time is nearing an end if I have anything to say about it!!!

he is going to be amazing this year!

He is going to be OFF THE HOOK!! Looks like an awesome story could be unfolding... I can't wait to see how he progresses.

Looks good to me.

Great story. I'll gladly follow the tales of Moe just like I did the tales of Deuce. This time it's your turn to end the story.

Hell yea, buddy! I really look forward to seeing this buck develop throughout the rest of the growing season. I know exactly what you mean about bucks in an area having certain antler tendencies... The ground I hunt seems to grow nothing but typical main frame 8s and 10s... so as unlikely as it may be, it wouldn't surprise me at all if Moe possesses some of Deuce's genes. Keep us posted, dude.

Deuce has got to be the biggest Ohio whitetail forum legend of all time!!!