I know this dudes holding tight somewhere. This is the 2nd set of pictures I got of him. Last set came from Oct.16th. Going in the morning to hunt a stand I havent touched yet this year. 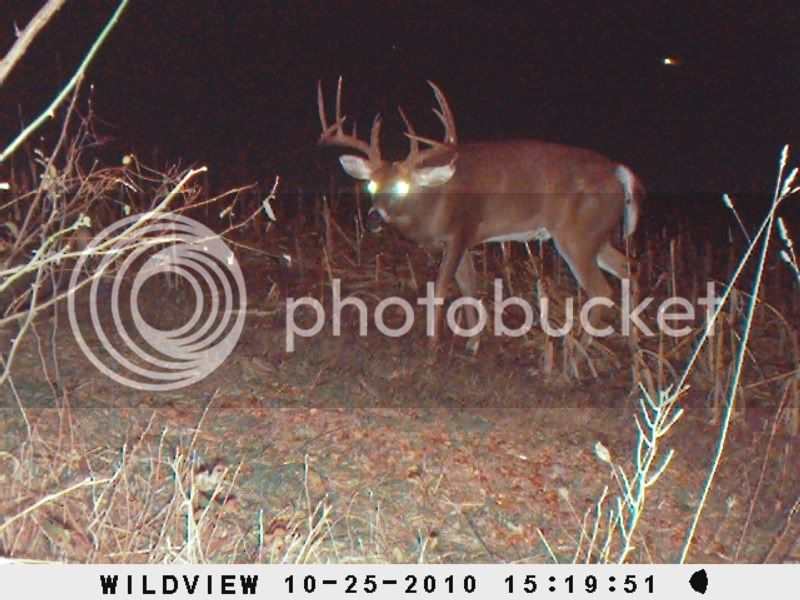 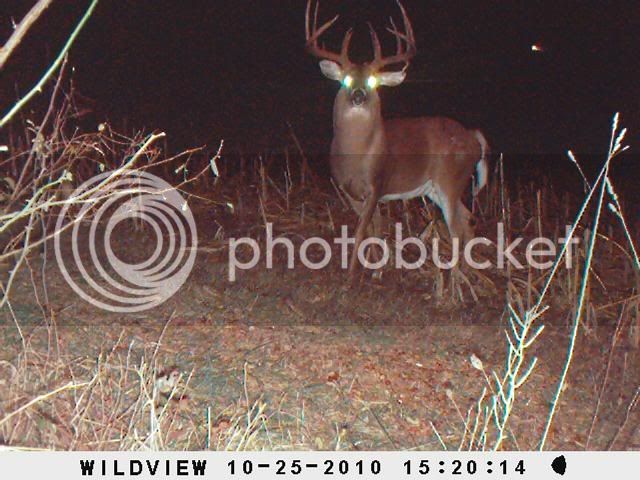 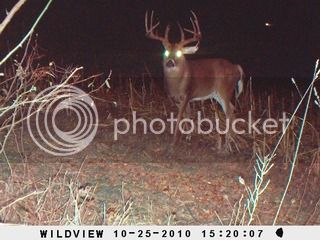 Very nice looking buck right there Trip. I like the little drop tine as well. Good luck with him buddy.

Wow nice buck! Hope you get an arrow on that brute!

dude, thats an awesome buck those brows are nice

That's a hoss right there!

Very nice!!! Good luck with him.

Can anyone tell me why the right side of his rack is slanted in more than the left side?

Yah, I would pass out.

Can anyone tell me why the right side of his rack is slanted in more than the left side?
Click to expand...

No idea, I have heard deer develop weaker sides of their racks if they were wounded on that side of the body. Just what I heard.

Ok since I'm going to VC i will tell yall and not make ya wait the whole weekend. It depends on the side he predominantly sleeps on. Theory is when in velvet and the deer is napping he lays his head on the ground and rests one side of his rack on the ground. Even wgen curled up one side is on the ground one side is against his back. Laying with his head straight out he rests one side on the ground. But it's the side on the ground that grows larger.. Blood flow to the antlers is heavy during formation. Having one antler lower than the other will cause the lower one to get better blood flow, while the higher one has less flow. Hence the higher one grows smaller due to less circulation. It's a theory anyway, not scientific fact. I say it's like a woman's boob. One always grows larger. Not because of the side she sleeps on but by which side dominant she is. While it would be impossible to tell which hoof dominant a buck is; body dominance is just another theory. But would also make sense.