Anybody else taking kids out to whack some ducks this weekend? I'm heading up to Sandusky Bay to guide a couple young guns on their last youth hunts Saturday and Sunday. The i-Kam extreme video glasses will be on my face so I should get some pretty cool footage. According to the weather men, the forecast looks like prime duckslaying conditions.

Have fun and take some picts. for us!

I will be taking my Nephue out to the clubs marsh

It will be his first real duck hunt

Anybody get into some birds?

Damn, I am whooped LOL. Took a couple kids out for the youth season and me and a buddy did most of the work. It was a great time, though. Saturday evening they got 6 wood ducks and a drake mallard. This morning they ended up with three geese. The weather was great for duck hunting... but a north wind really wasn't the best for the blind we were in, so it actually should have been better. I didn't end up getting much video footage because it was raining and I didn't want to ruin the i-Kams. If I get time tomorrow I'll try to upload something.

Our club hosts a youth waterfowl hunt and after , with the help of Pheasands Forever
We have a small pheasand release & hunt for the kids

With a combonation of to much cloths and the rain
This years harvest was down
But several kids got at least 1 bird , 1 young man shot most of a box of shells but never touched a bird
Even the young lady with her single shot 410 that baged a woodie

We were lucky , the rain let up enough for the pheasant hunt
The kids were broken up into 2 groups 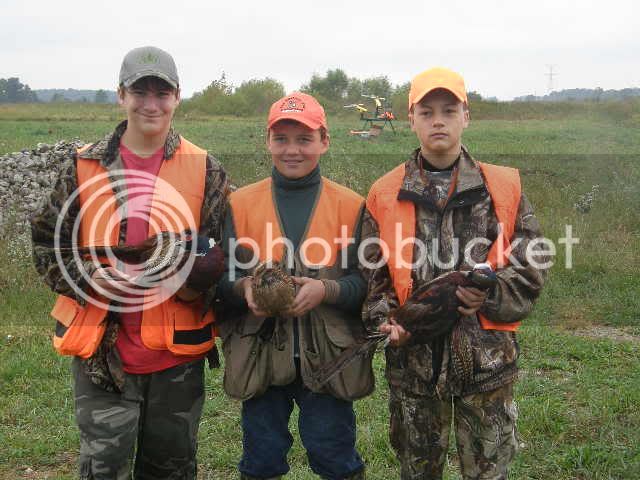 Well we saw a decent number of birds
But most wanted to land in the middle , not on the edge by the decoys
But we ended up with a BW Teal , a hen mallard and lost a drake mallard in the 5' high switch grass 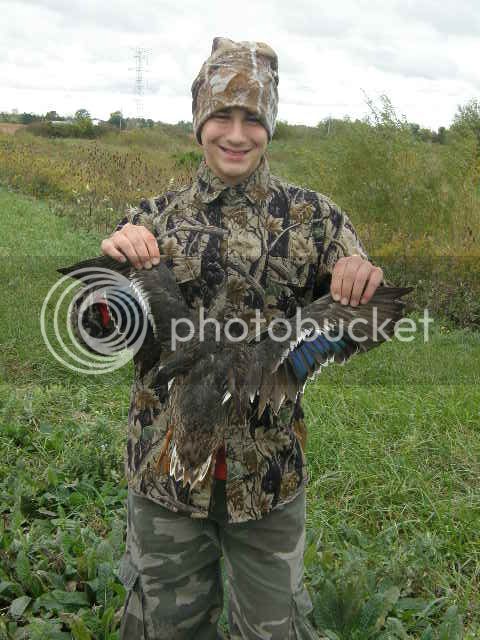 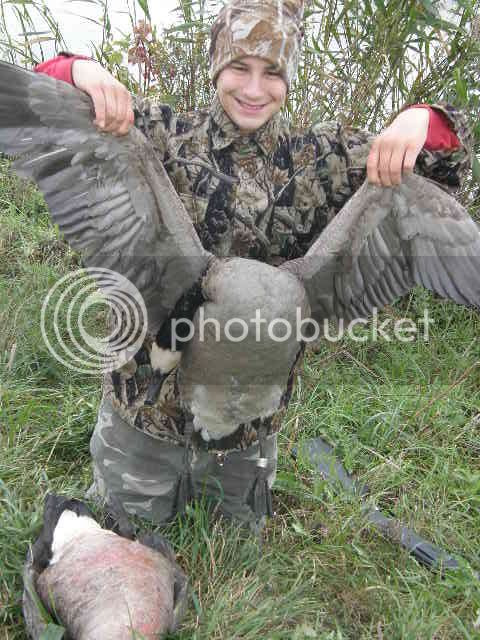 And the end of the hunt tailgate shot from today 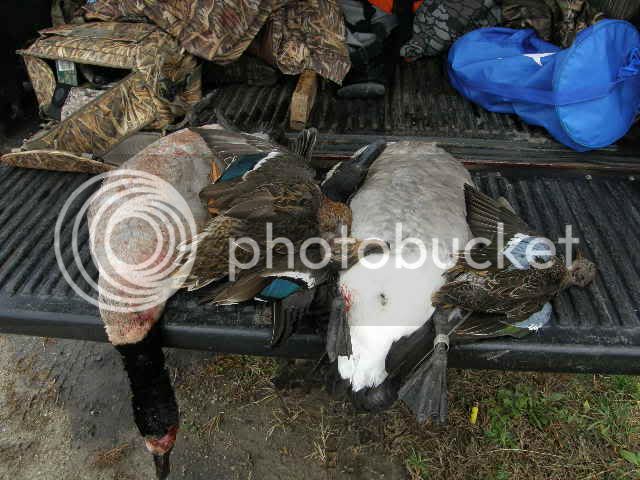 Looks like your nephew had a couple great hunts out there. Congrats to him, especially on the goose band! That is awesome!

That mallard kind of looks like a drake with eclipse plumage in the pics... we saw a bunch of eclipse drakes this weekend.
R

Sweet pics John, thanks for sharing!

JBrown said:
That mallard kind of looks like a drake with eclipse plumage in the pics... we saw a bunch of eclipse drakes this weekend.
Click to expand...