Thought this was a good thread brought up from last year so, I wanted to start a new one for this season for all to participate in.

Please share your 2021/2022 harvested deer along with date of the harvest, type of weapon used and location harvest can be optional. Also, feel free to add ,any other details to your successful hunt, thanks!

Good luck, be safe and have plenty of fun!

I’ve been out five times altogether since the opener. Opening weekend were all day sits at the other farm. One short evening at home, and two more morning hunts at the other farm. I’ve had approximately 40 deer encounters over the course of these hunts; most all were antlerless with some real young bucks occasionally. All within bow range, or better yet, within 20 yards for the most part. I could’ve killed a deer during each sit; however I’ve been holding off on all the antlerless and have been focusing primarily on any respectable antlered deer. Haven’t come across any of them yet.

This morning, I was planning on another short morning hunt because I had things to do today. Well, my plans got pushed back because this doe that basically has 9 lives showed up once again this morning and each time, she gotten all the wiser, trying to sniff me out the last two sits so, I decided to take her out of the herd so she wouldn’t mess up any of my future hunts out of this spot. Again, I could’ve shot her on opening morning, but I gave her multiple passes ever since then. Now she’s all taken care of and sitting in the freezer.

Below is a short video clip of her and another antlerless that showed up around a quarter to 9:00 a.m., starting off eating acorns, then slowly made her way towards the corn. I put my arrow right into the boiler maker and she didn’t go 30 yards.

As you will see in the video, there is a Tactacam realtime footage followed up by a mirror of it in slow motion of the shot that I put on her at 15 yards. The new Rage NC X-Treme Broadhead did an unbelievable job on her as you will observe in both footages. Blood immediately exploded out her chest upon impact. I nearly cut her heart in half and took out just one lung, the impact was way too much for her to go beyond where she crashed at.

After the shot and seeing her crash from the stand, I immediately packed up and was out of the woods with her dressed and loaded into the back of my pickup by 10:15 a.m. I then rushed her home and went straight to town in getting her quartered out and into the freezer by noon. I'll work on the rest of her when the cooler weather settles in towards the end of this month.


So, I’m impressed with these newer Rage 2020 no collar first cut two blades extreme mechanical braodheads. It was a complete passthrough and the arrow plugged solidly into the hard ground about two inches. It’s plenty sharp still and one of the longer blades is just barely bent towards the tail end, but hardly noticeable. The ferrule isn’t bent, and the arrow is true when spun. Definitely reusable after a few passes with a metal fine file and placed back into the arrow quiver for round two. Photo of broadhead attached below:

I’m enjoying my time out as always and I hope everyone here gets their chance in harvesting what you hope for.

Good luck to everybody this season!

Why is that bow so loud on the draw back?
Reactions: the Lackster

Redneckfucker said:
Why is that bow so loud on the draw back?
Click to expand...

That camera is attached to the front of the bow. You really can't hear it, but the microphone on the camera is quite impressive. It picks up everything, even the slightest sounds.
Reactions: the Lackster, Big_Holla and Chancegriffis

Wildlife said:
That camera is attached to the front of the bow. You really can't hear it, but the microphone on the camera is quite impressive. It picks up everything, even the slightest sounds.
Click to expand...

I shoot the rage no collars as well with a 360 grain Easton axis. I absolutely love them. I won’t deviate from these broadheads until Rage comes out with something new and even then I may not change them. They do damage for sure
Last edited: Oct 7, 2021
Reactions: the Lackster 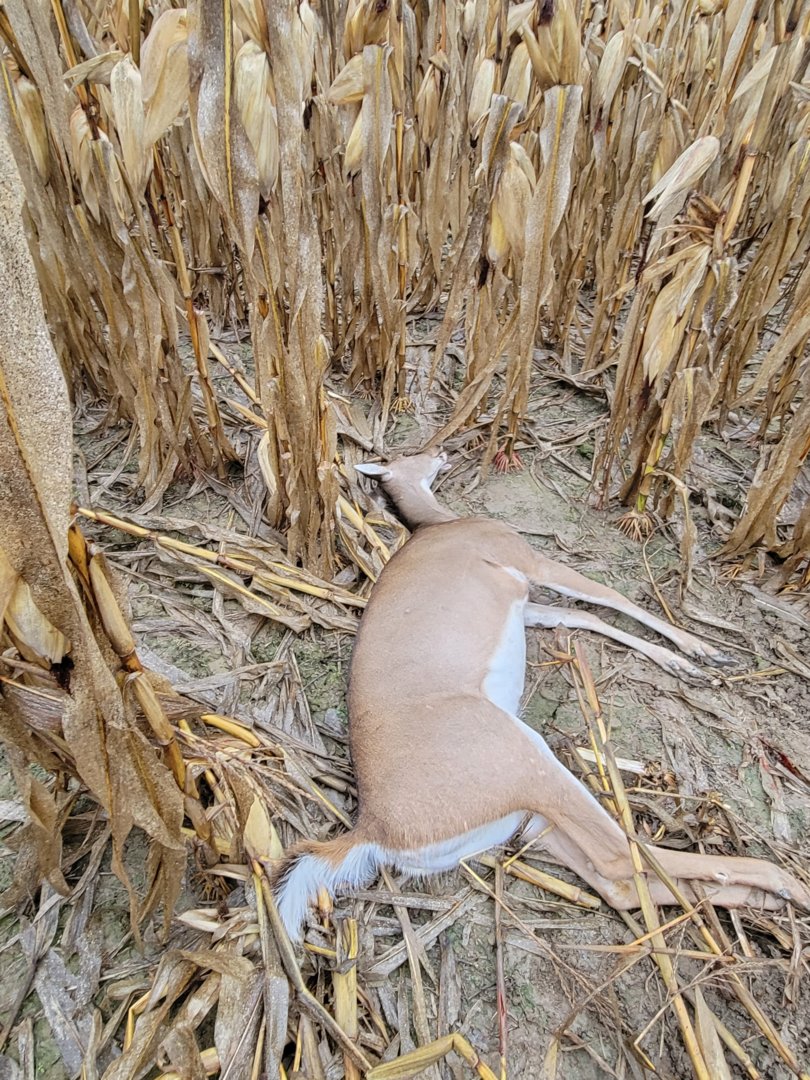 Wildlife said:
That camera is attached to the front of the bow. You really can't hear it, but the microphone on the camera is quite impressive. It picks up everything, even the slightest sounds.
Click to expand...

That’s what I thought. Congrats on the harvest. Put a nice hole in her
Reactions: Wildlife

Young Amish girl supposedly shot this in her back yard Monday a few country blocks from where I hunt. 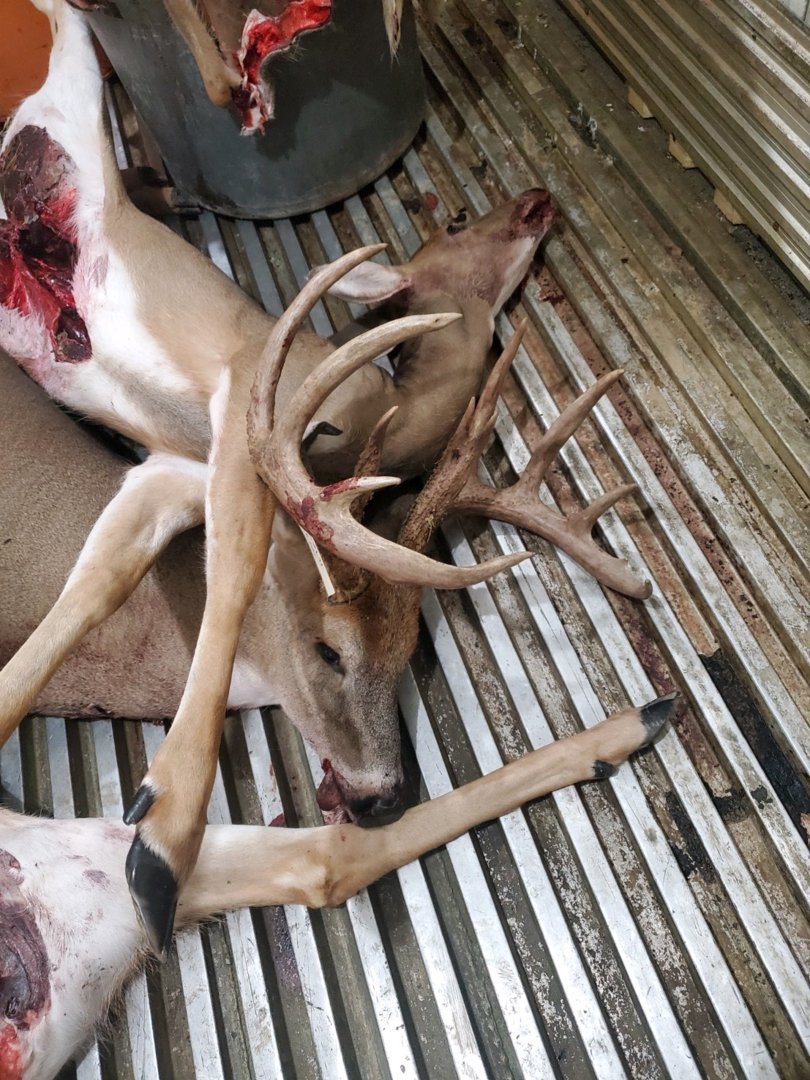 Reactions: Wildlife, the Lackster, Stressless and 5 others 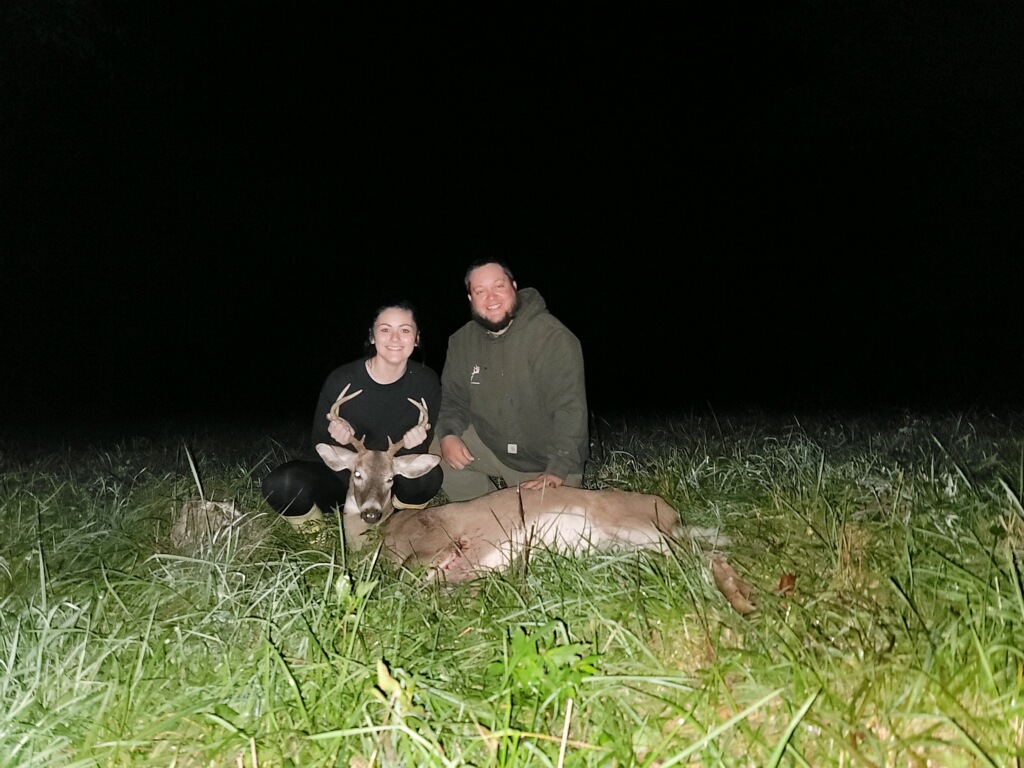 Chancegriffis said:
I shoot the rage no collars as well with a 360 grain Easton axis. I absolutely love them. I won’t deviate from these broadheads until Rage comes out with something new and even then I may not change them. They do damage for sure
Click to expand...

Your total arrow weight is 360 gr? What's the spine and your draw weight?
Reactions: the Lackster

Bet he's not including the head wt. is how I read that.
Reactions: the Lackster and OhioWhiteTails

Reactions: jagermeister and the Lackster
B