Our oldest just wrapped up his first year in 8U, coaches pitch. Couldn't be more proud of the entire team and Ty! It was a lot of fun watching these guys go from wandering around and barely get the ball from base to base at the beginning of the season to ending with turning double-plays, hitting in the parkers, and thinking thru 2 pickles.

They played lights out the last 4 games with the last 2 being the tournament at the new Sports Force Park facility. Took home 1st with a night of hot bats tonight on the turf!

Enjoy these moments as they’re the funnest time of ball for the youngins...
Reactions: 5Cent

Agreed Dustin, as there was some interesting situations both during regular season then again last night.

There are 3 teams from the local district and these are 2 of them. We played all the way over to Port Clinton. Will be fun to see them all together in another 10-11years hopefully.
Reactions: jagermeister and Dustinb80

Cherish these days Adam. The days and years go by quick.
Reactions: 5Cent

Buckmaster said:
Cherish these days Adam. The days and years go by quick.
Click to expand...

We hear this throughout our adult lives because it’s so true...
Reactions: 5Cent

Great stuff in this thread as always!
Addy's team has continued with their successful summer. They won 1st two weeks ago and finished 3rd last weekend in state tournament. Not the finish that we hoped for losing 7-6 on a walk off in the bottom of the 7th. Two more ohio tournaments and then we are headed down south for the final one.

Excellent. Good luck the rest of the way

Back in the swing. Mason played in his first Legion ball game today. Doubleheader actually. Over the two games he did well at the plate with a ground out, and 5 walks. Not stellar, but the fact he is drawing walks is far better than hacking at bad pitches. Defensively he did well at first base, and good for the three innings he pitched. Not amazing, but a solid performance for having not pitched in two months. He gave up one hit, one walk, and struck out 6. He hit three batters, two were the first two batters he faced. Lol. He settled down nicely, breaking balls worked well but it was evident he's a little rusty and doesn't have the snap on his fastball. He gave up no runs even though he put a few wounded runners on. He pitched the last three innings of the second game, which they won 6-0. They won both games but I forget the score of the first.
Reactions: OhioWhiteTails, MoonLab, Dustinb80 and 1 other person

No complaints about 5 walks. That's a keen eye for the ball.
Reactions: brock ratcliff

Time to knock the rust off. He will be back to form soon I assume.
Reactions: brock ratcliff

Mason has been playing fall ball with Post 62 in Chillicothe. As of now, they are 8-0. Next week should be a good match up as they will be playing the team with the second best record, having lost one. This team has been fun to watch. They hit, field and throw well....they are a solid ball team. 12 kids on the team representing 7 high schools. Pretty fun.

Here is a short clip of Mason pitching today. 3 up 3 down.
Reactions: twireman and Big_Holla

Ty's second year of 8U is wrapping up. They won lights out last night to make it to the championship game tomorrow at Sports Force Park. Gonna be a tough game against a fellow Edison team, who is coached by Ty's coach from last year.

Overall Edison has some great talent coming up thru the ranks! Of the 4 that made it to the semi-finals, 3 were Edison and 1 Danbury team. They played against 4 Edison teams, 2 Willard teams, 2 Port Clinton teams, and 3 Danbury teams throughout the season. Hope to report back with some smiling pictures like last year.
Reactions: Boarhead, OhioWhiteTails, Big_Holla and 2 others

I’m sure he will be smiling either way. Great job so far Ty Man, be proud and have fun!

For Ty's team it came down to the last inning, and they held em to one run to win 11-10. Bats were hot on both sides of the ball and the air was thick with intensity both on the field and off. Too good!! 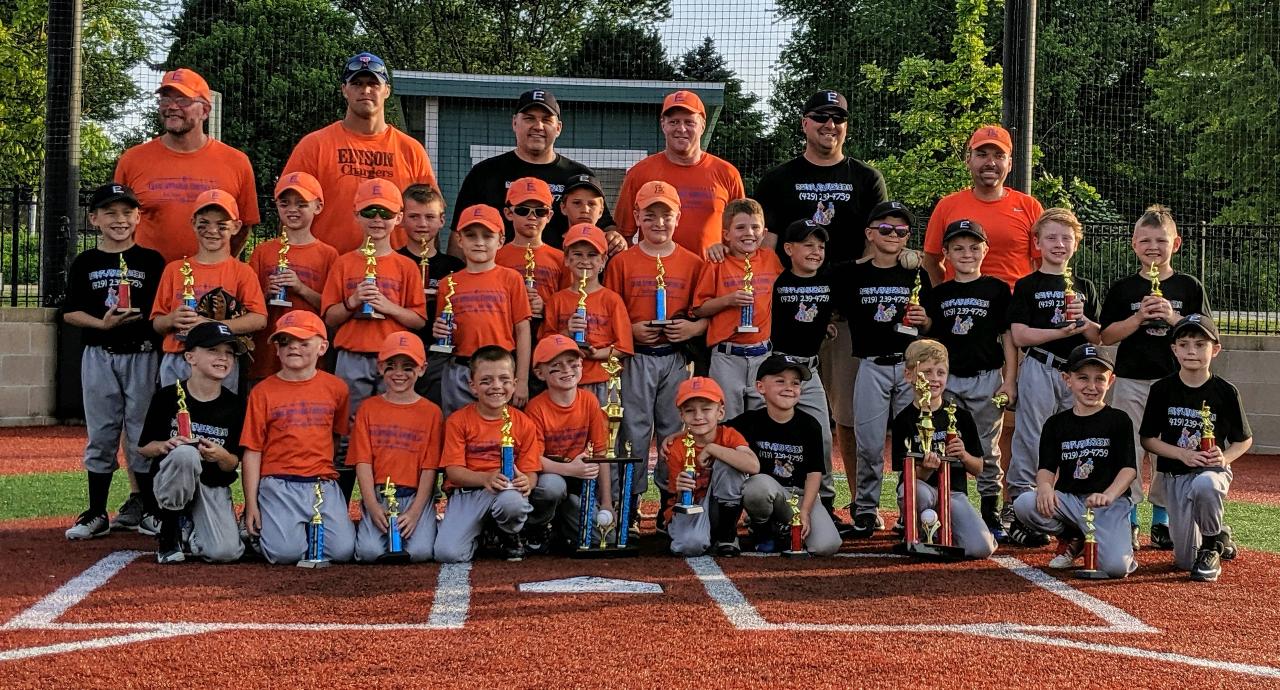 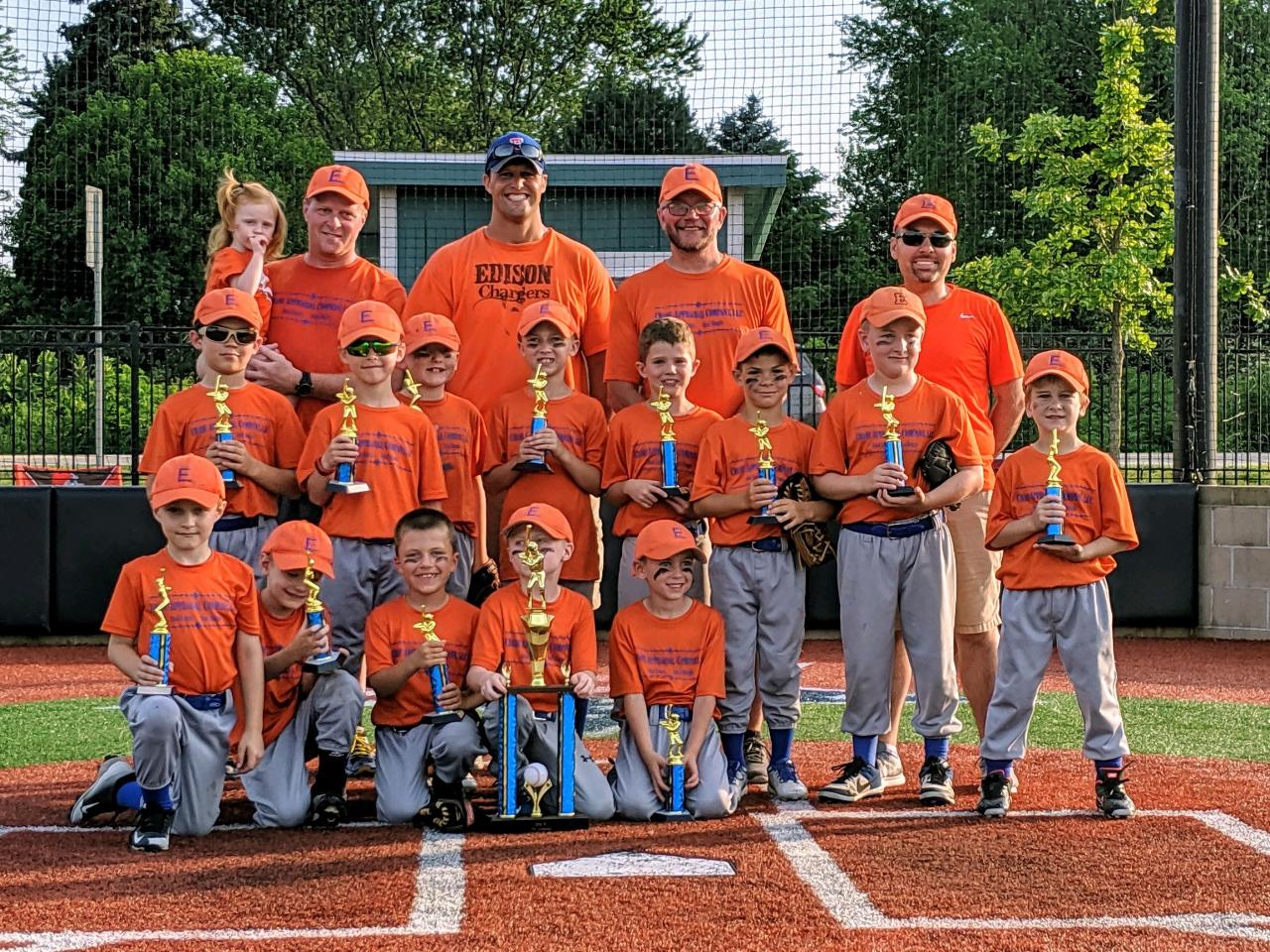 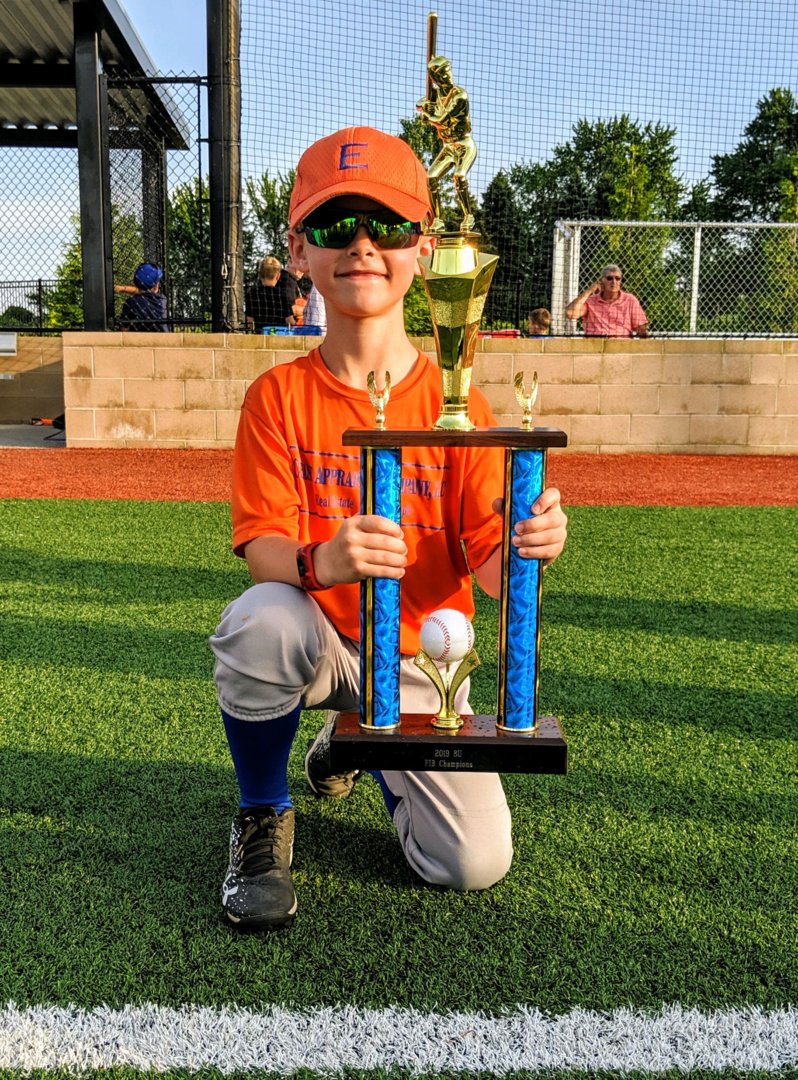 Well done young man.... Congrats too you both...