I'll write up the story later tonight but I wanted to post up another picture or two. 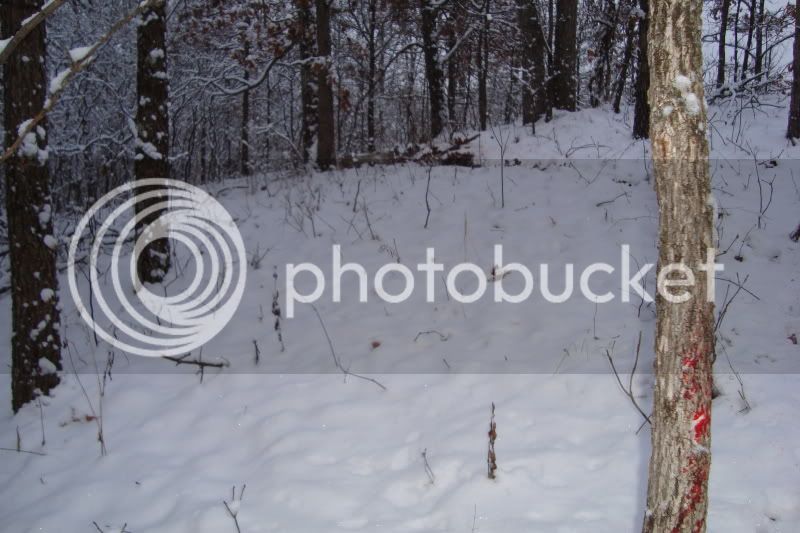 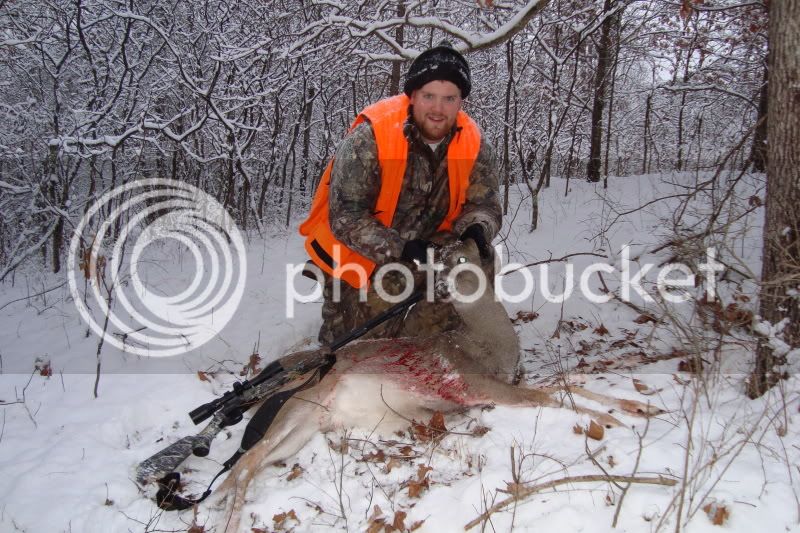 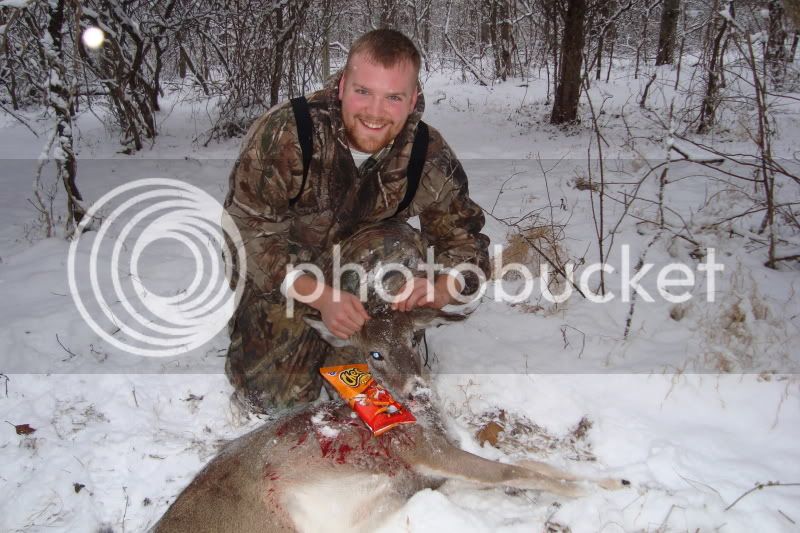 What do you think he will score? :smiley_coolpeace: Those are some great nubs.lol

Congrats again, sounds like all had a great time.

I can see your excitement Steve, congrats!

Good Job there Steve!
All that reading must have helped.

First that little old lady kills one with a shovel and now your scaring the little fellers into trees so they gore themselves lmao.

Congrats on the BB Steve. Looks like it was a good day and a great time down there.

Well, here's how it went down.

Friday night I bowhunted in the area that's known as Paradise in a hang-on that Jesse had put up for me earlier that afternoon. At about 4, three doe came down the hill in front of me and worked their way across in front of me to the feeder. Two more showed up and spooked them, and then they and a few more all funneled down to the feeder - 7 total. 2 huge does, a couple good sized ones, and a few yearlings. One of the big ones was a few feet from my shooting lane, but no cigar. They ended up going up the hill to my right and working their way across the ridge. The lead doe (probably the biggest doe I've ever seen in my life, I'd agree with Jesse who says she'd be 200 pounds) ended up having her 6th sense kicking in, and after two or three scaring contests, busted...she was about 10-15 yards from being in that other shooting lane. It was neat to watch 7 deer within 50 yards feed for over and hour...really wish I could have gotten a shot, but they came in from the opposite side than we were judging, and that's a lot of eyes and ears.

Saturday morning I hunted the platform blind. A certain someone had broken off two of the steps into the blind, one right next to another. So I was sent into the woods with a drill and screws! I walked in (which, damn them boys have got mountains down there! That's at least what this flatlander thought!) and held up the first board to make a step. I figured I just needed to put 2 screws in each side of one board and I'd make the long step. Right before I squeezed the trigger on the drill, I thought, I am never going to shoot a deer with this racket! And sure enough, it was without any success when the drill died after the first screw...nice. I monkeyed my way into the blind and sat down. 15 minutes or so after legal light, a single deer came down the hill to the east and worked its way across the feeder. I didn't get a shot headed that way because I was misjudging shooting out of the blind and trying to see if there were any others with it, etc. Just letting it come down to the feeder. Sure enough, it stops short of the feeder and whatever reason (we'll never know...) it turned around and came across the ridge the same way as before about 50 yards out. I was ready, lined him up and boom! I shook a ton of snow off of the blind and, of course, had the smoke out there TOO. I saw the deer running up the hill, angled away, and with its front shoulder down. reloaded and called Jesse. 40 minutes later we were climbing the hillside, found the initial shot and it was a Ray Charles tracking job in the snow. Plenty of blood and a solid hit. We found the deer piled up about 50 yards from the shot! With nubbins! We drug and loaded him on the quad and gutted him. [btw - butt out tool is overrated and didn't work]. I was sitting on Jesse's couch by 10....doesn't get any better than that!

Friday night I sat a spot over at the farm and had a spike run out in front of me as I was opening a pair of hand warmers. He was bolting and I didn't get a shot, though I tried to bleat stop him. Woulda, coulda, shoulda. Oh well.

All in all, I had a great weekend away. I had a very good bow hunt on Friday night and almost had a shot opportunity. Saturday morning was quick, but very great. It was a "first" of many categories...first male deer, first muzzleloader deer, first deer in the snow, first deer out of a blind...

Thank you so much Jesse. It was great to hang out with you for a few days, from seeing the Farm, drinking beer, sighting in my gun, hunting, gutting, dragging, walking those 'mountains'...thank so you much. And equal thanks to Tracie! Of course, it was great to see Matt, Greggory, and Katie (and Jackson!) and everyone last night. Such a great weekend. Oh, and thanks to Milo for loaning me his cold weather set of gear so that I wasn't bulky, mismatched, or cold - good to see you as well.

Lots of memories made...

Sounds like a great time capt, congrats on all your firsts!

I bet it is tender

Nice write up Steve! I notice you didn't mention anything about your first time being dry-humped by Matt and Jesse in your sleep. Must not have been a first. lol

I love the blood spillage picture! Carnage baby carnage! New scope must have worked out okay?

Nice deer Ernie......congrats. Hunting in the snow is so much fun, that had to be a good time.

Thanks to Milo so you weren't "mismatched"?
Fashion Diva:smiley_crocodile:

Dannmann801 said:
Thanks to Milo so you weren't "mismatched"?
Fashion Diva:smiley_crocodile: