Went out friday to do a littel turk hunting. I worked two birds for an hour when they finally showed up on the edge of the field I was in. Both cam down the field edge strutting up a storm and gobbling. when they got to 50 yards I realized they were both jakes. Unfortunate for one of them I had my bow and was tired of not shooting turkeys when they came in because they were jakes. SO when they got to my decoy I drew back and whacked one.

After I whacked the one hte other decided he was gonigto beat his buddy up. 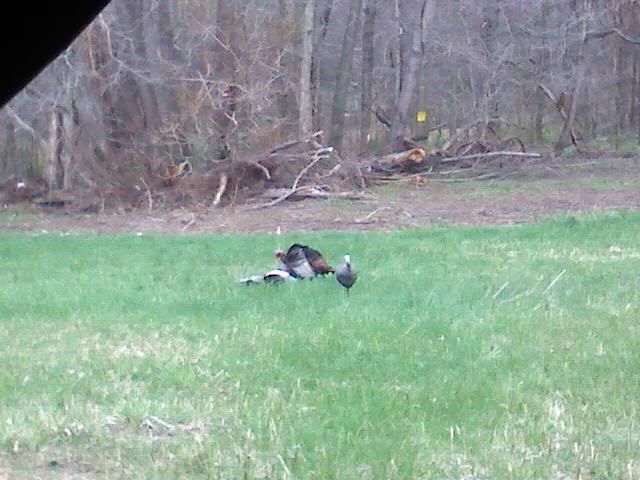 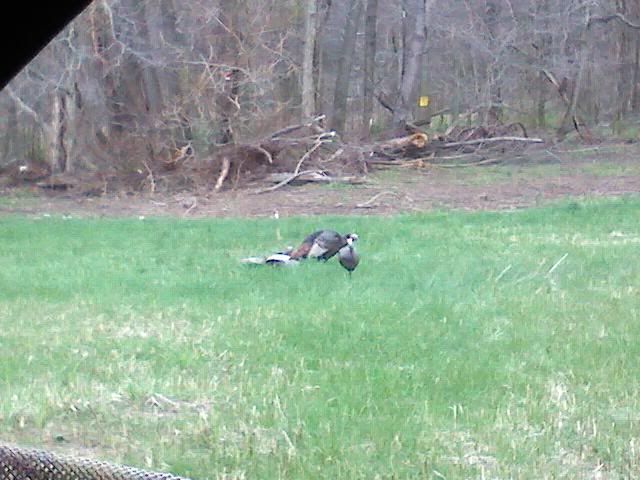 So after watching this bird for another 20 min I Decided I was tired of watching him so I unzipped my blind and got out. It took that bird a good 10 sec to realize I was standing outside my blind.

Heres the bird that got the raw end of the deal 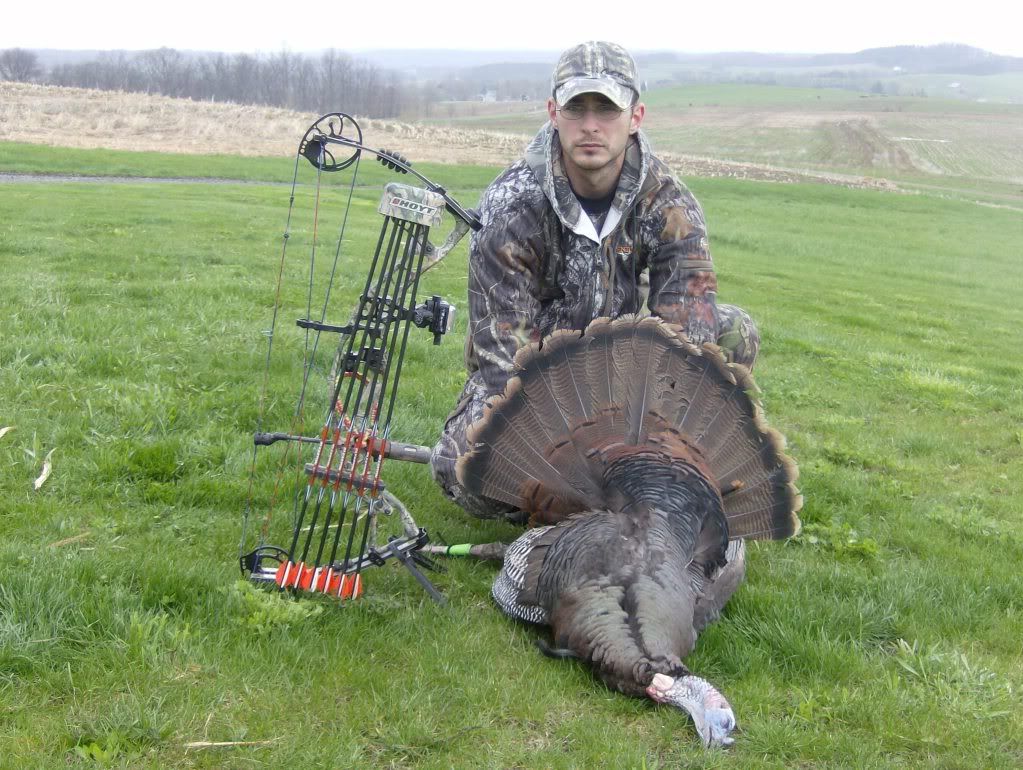 Congrats buddy! That had to have been funny as hell to watch!!!

Congrats man! You could at least smile a little bit :smiley_crocodile:

It has been one of those mornings. I might start turkey hunting this week. In the words of Dannmann "I need to kill something".

Thanks for the writeup Zach. Pretty cool accomplishment stacking turkeys up with your bow! Great job!

congrats on the bow kill man....great pics as well.

Nice job wackin' one with the bow! Congrats.

Awesome man! Nice kill.. Every time i shoot one with a bow they fly off and i have to look for them all day.

Great bird and with a bow makes it even better!!!

Jackalope said:
Awesome man! Nice kill.. Every time i shoot one with a bow they fly off and i have to look for them all day.
Click to expand...


I hear that a lot. When I shoot them I aim for the knuckle where the wing meets the body. thats where the spine is. It dropps m every time. That or aim for the hips. they cant fly if you take their hips out

You need to smile son.

Great job on getting it done with a bow Zach. :smiley_coolpeace:

Congrats Kaiser, i'd love to kill one with a bow

Congrats Zack! You always seem to get it done with the bow.