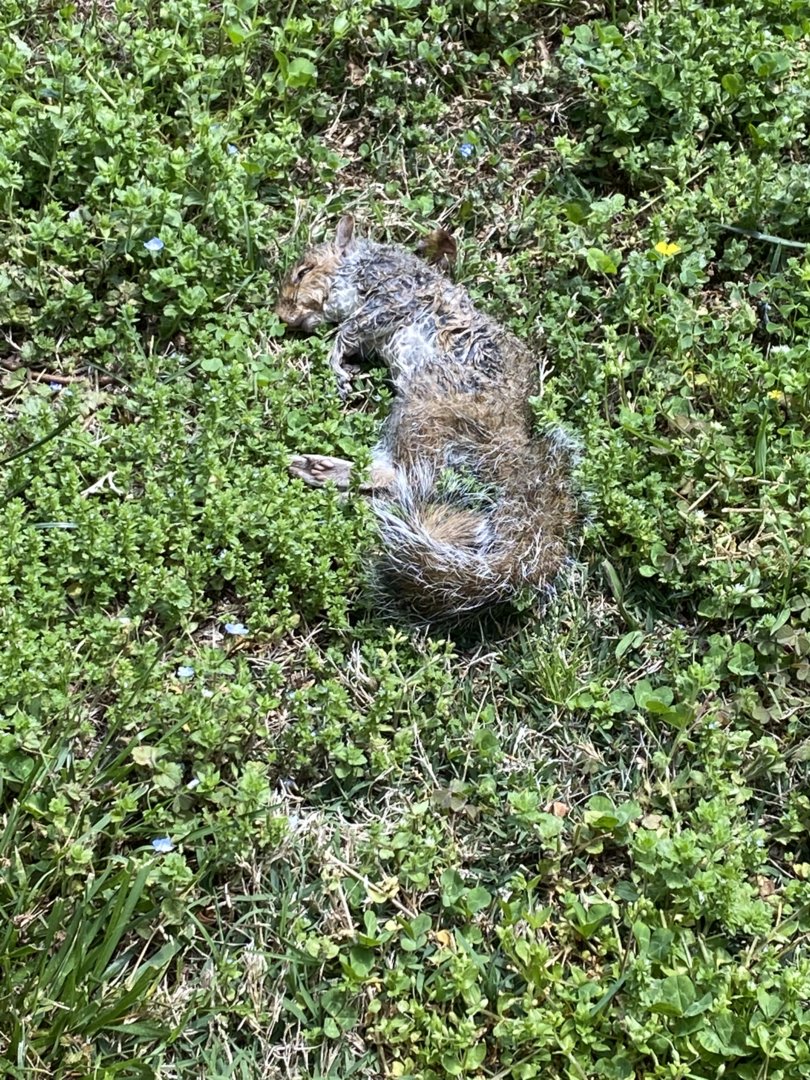 Bristol finally got one of them despicable bushy tails

Well she had another for a hot minute this morning, but it got away. Rounded it off with a baby rabbit this evening…. She’s on a roll….
Reactions: Big_Holla

J said:
Well she had another for a hot minute this morning, but it got away. Rounded it off with a baby rabbit this evening…. She’s on a roll….
Click to expand...

What kind of dog is Bristol?

Josh carpenter said:
What kind of dog is Bristol?
Click to expand... 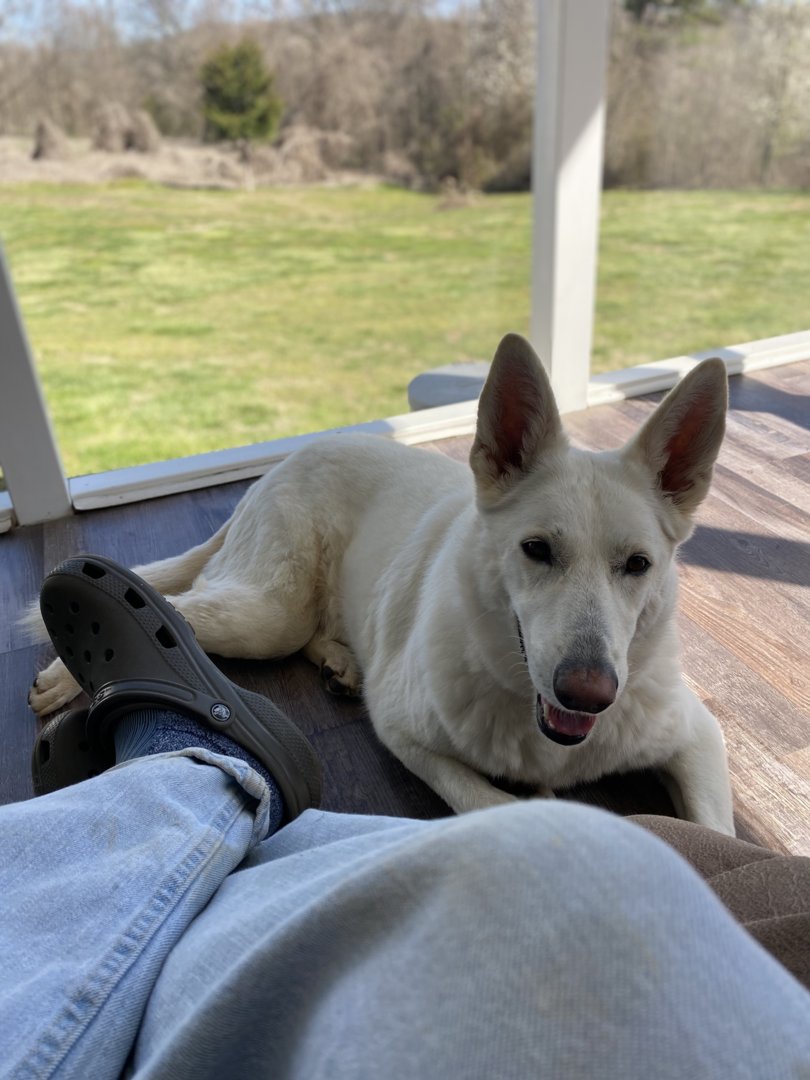 gorgeous such a pretty boy think he was in some of the camping pics?
Reactions: Quantum673

Josh carpenter said:
gorgeous such a pretty boy think he was in some of the camping pics?
Click to expand... 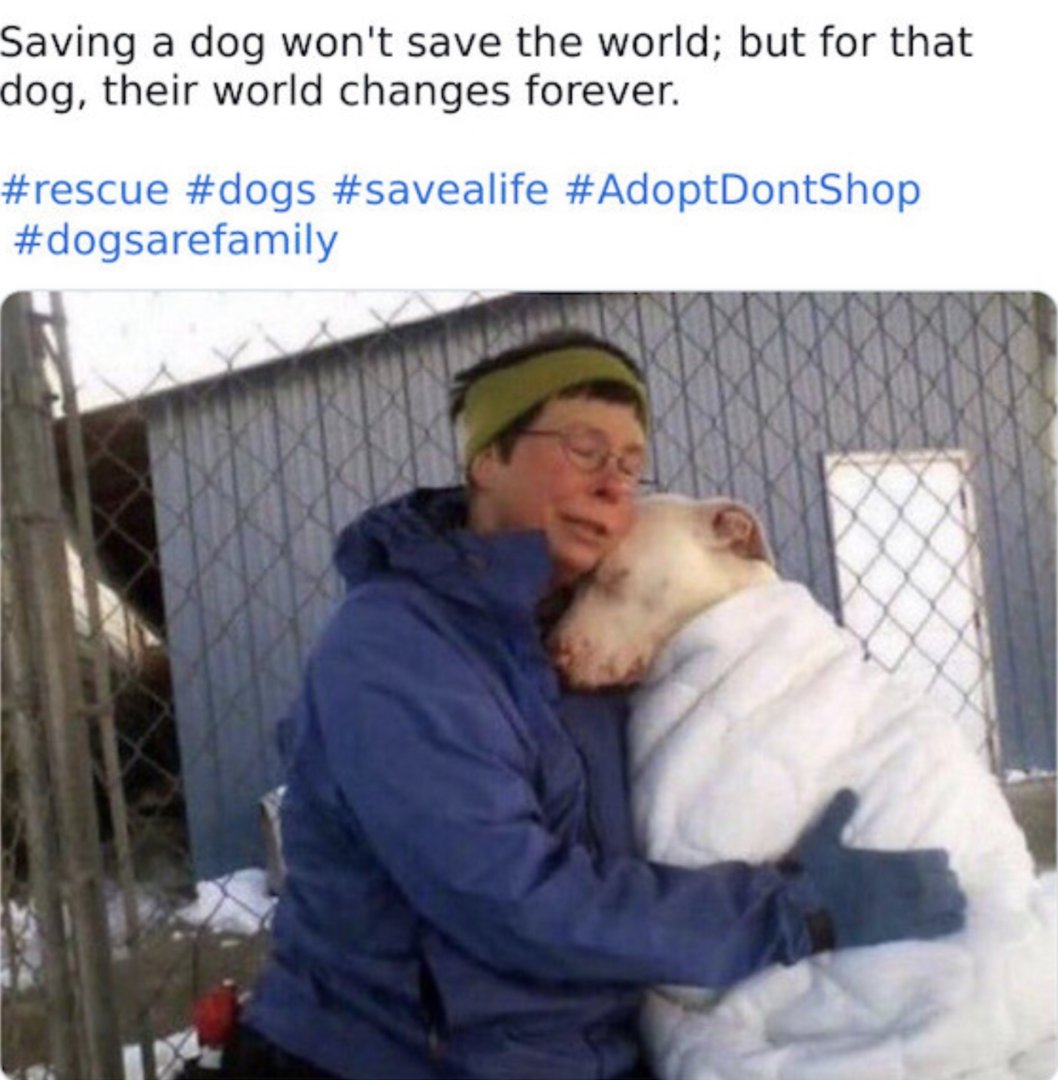 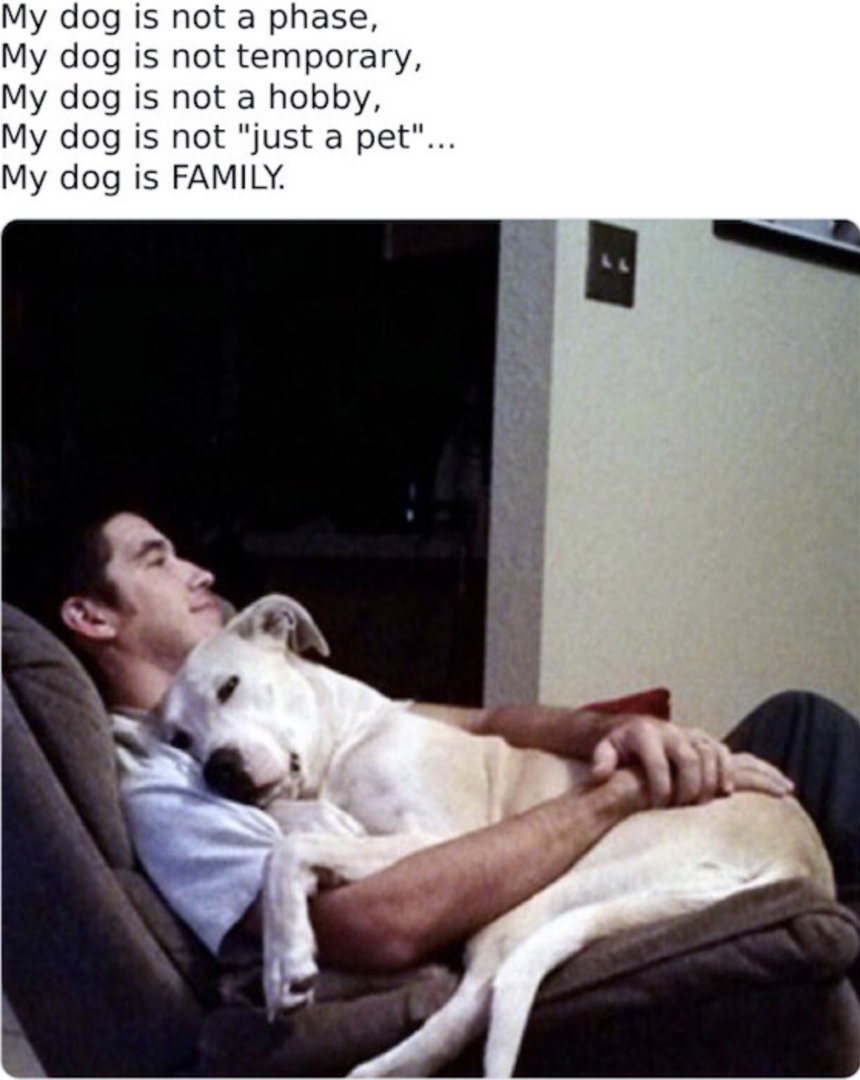 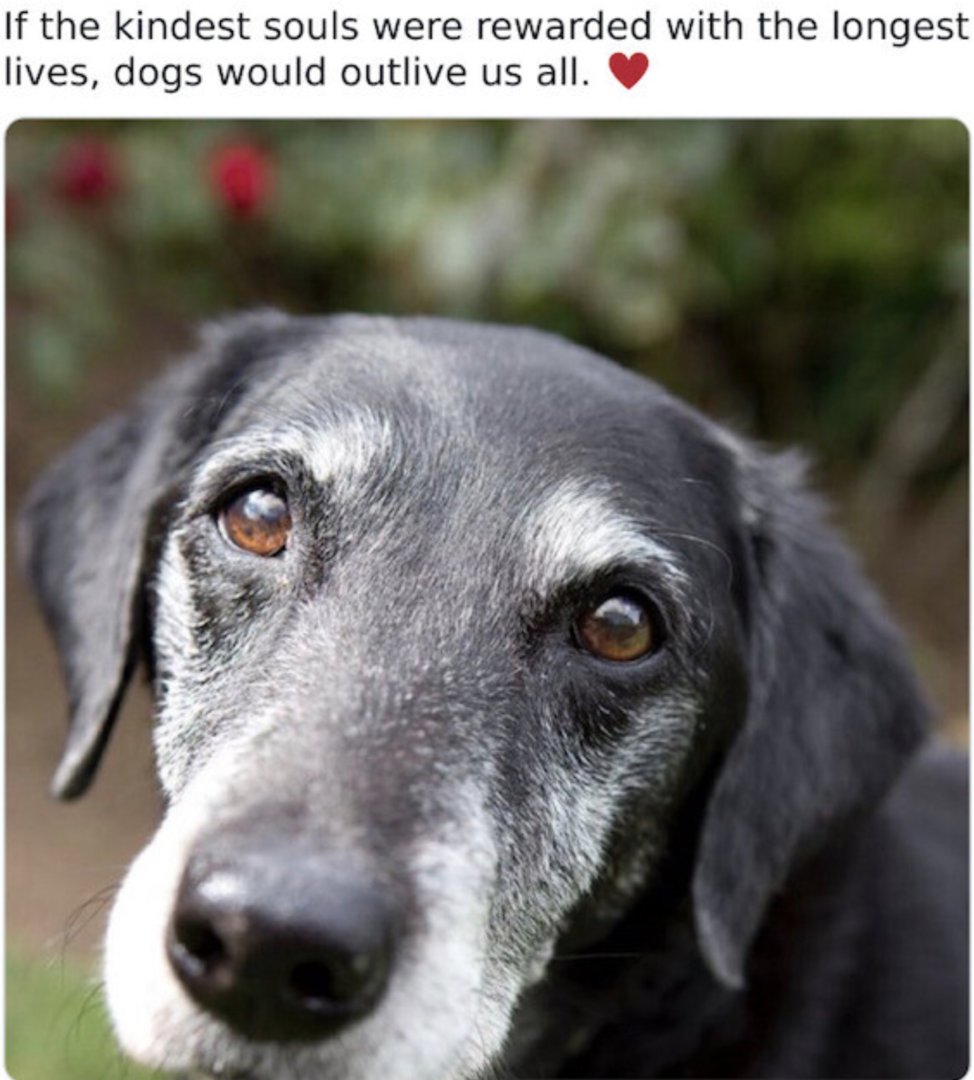 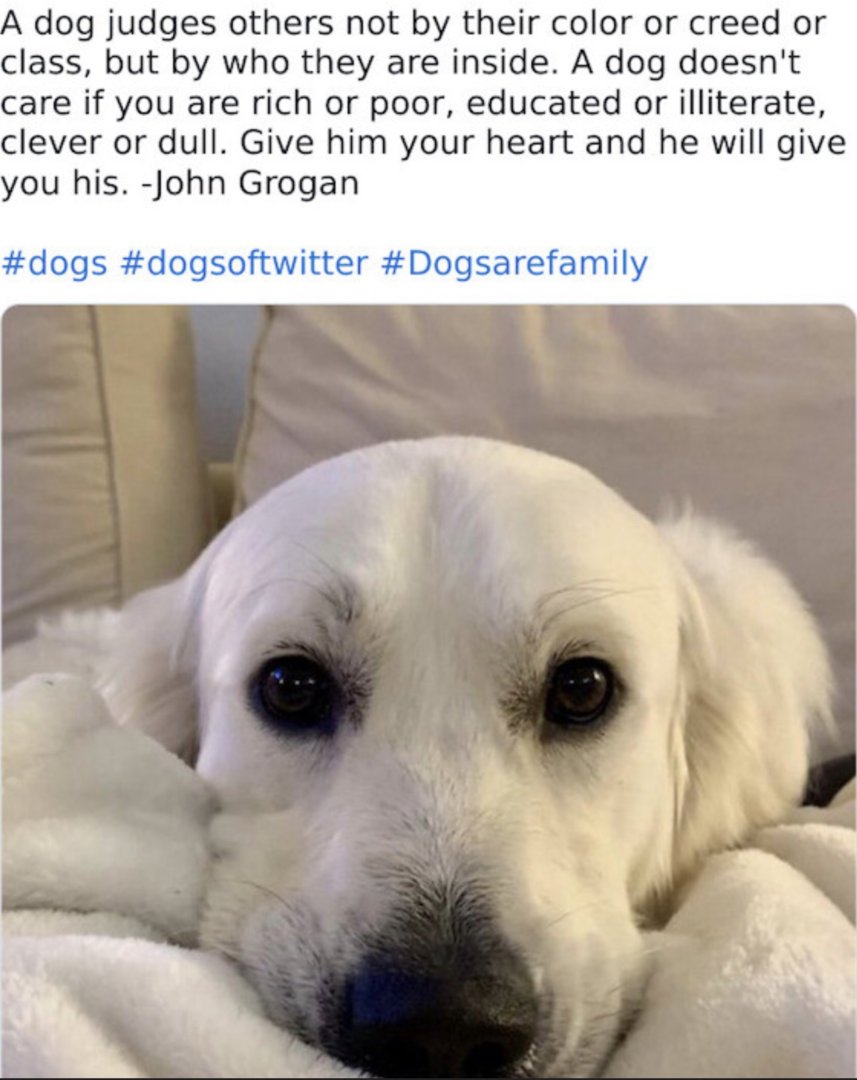 Unfortunately its Gunners time. This past weekend we had a party at the house for him. Friends and family that know him. Beer, music, belly rubs, burgers, dogs, chicken. etc. It was a great time. Yesterday he and I spent most of the day in the garage. I was smoking some shoulders, he was enjoying the cool concrete floor. I'm working 4/10's this week in order to take Friday off. I was given 2 options for timing at the Vet 11:00 or 3:30. I took the 3:30. Wondering if I should've just gotten this done early in the day. But I know my plan on how to deal with it immediately afterwards. Grab a case of cold Bud Light cans and head to a local club I belong to. The Fairfield Optimist. Told the wife I would like to do this whole thing alone, I don't like being vulnerable in front of her. But told her she could go, drive separate, I want to be left alone afterwards. I have begrudgingly agreed to take him to my mothers house on Wednesday so she can say goodbye. Some of yall know the long dramatic story, but she kept me from seeing my dad before he passed away in Jan 2020, so when I heard she wanted to see him, I originally lost my sh!t. But decided to be the bigger person and had my sister set it up.

I've had Gunner since he was 11 weeks old, or so I was told. I was looking for a GSD at the time but wasn't in a position to afford one, so I was heading to get a chocolate lab. A friend called, knowing I was looking for a GSD and said she knew someone that had 1. Male, 11 weeks old. Didn't have a yards, couldn't keep him. $100. HELL YES. So off I go. I pull into this trailer park and there's a white ball of fur sitting on the porch. WTF is that? That's not a GSD. LOL My first time seeing a white one. 12 years later and I wouldn't trade him for the world. To try and explain what he means to me, and the fact that he has saved my life a few times, I suffer from severe PTSD from my time in Iraq, would be difficult to put into words.

I am having him cremated and will place his remains next to a my favorite picture of him. Told the wife when I die, he goes with me.

I know what to expect Friday, but I don't know how Ill be able to keep my emotions in check. There just may not be enough bud light in the world to get that lump down my throat.

Wont have my buddy to drink coffee with on the back deck on the weekend mornings anymore. Wont have my beer buddy next to the firepit anymore.

Anytime I would crack that first beer, his head would snap and look at me wondering where his was. "You want a beer? You gotta tell me" One loud bark was all it would take.

Never had any problems out of Gunner. He is a great dog, and to watch him struggle just plain sucks.

Next time you assholes crack a beer, have one for Gunner. Unless it's Miller Lite, throw that shit in the garbage. 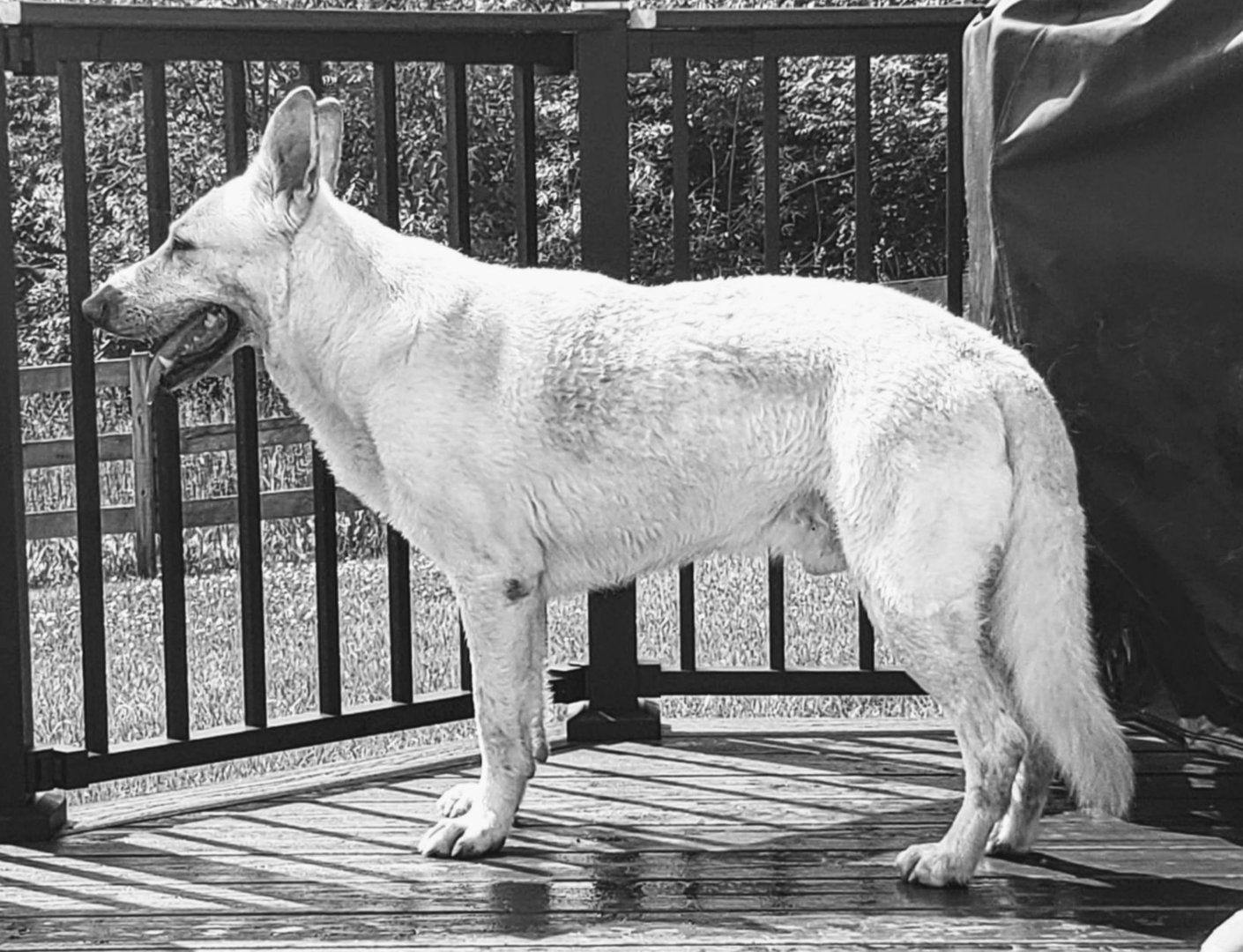 Reactions: jagermeister, finelyshedded, bowhunter1023 and 17 others

ain't no rules about keeping your emotions in check when you have to say goodbye to your best friend for the last time. every dog I have ever owned has made me a better human being in their own special way. I cannot say the same thing about all the people in my life, and that is what makes dogs special. hate to hear it, Dustin. condolences.
Reactions: jagermeister, finelyshedded, Sgt Fury and 10 others

Very sorry Dustin. Definitely one of the hardest things to go through. Remember all the good times and don’t try to deny the fact that it hurts and it’s gonna suck. Just part of the process. Keep your head up, buddy
Reactions: finelyshedded, Sgt Fury and Dustinb80

Freaking allergies. That was a tough one. Made me smile and made my allergies act up all in one post. I'll be thinking of you Dustin.
Reactions: finelyshedded and Dustinb80

You will continue to be in my thoughts. I will be around the house all weekend if you need an ear brother.
Reactions: MoonLab, giles and Dustinb80

Damn Dustin I sure hate to hear this. Definitely the toughest of all things we have to do in life when our best buddies aren’t doing well and we know it’s time. You know we are all there with you and for you during all of this.
Reactions: finelyshedded and Dustinb80

I seen the thread and said shit hope it’s not another love one passing and be something we all enjoy seeing.

it sucks and no shame in shedding a tear or feeling down…..WE ARE SUPPOSED TO FEEL LIKE THAT! Gunner did his part and so did you. Really all you can ask for. The pain of losing a friend is bad but nothing like the greatness in life they’ve given us. Stand tall, be proud and cherish the time you had together. We all meet again.
Sorry for your loss.
Reactions: finelyshedded, Sgt Fury, Quantum673 and 5 others

I knew I shouldn't have opened this thread. I'm so sorry for your loss Dustin. I need a tissue.
Reactions: Dustinb80

Damn Dustin that was a hard read. But I hope this is a silver lining. Just read on.

We had a beautiful basset hound "Remi" who is in my profile photo on here. He and i spent hours hiking and hunting during myfirst years as a nurse before we had kids andiwas working nights. While i was in anesthesia school he went to live with my in laws and their dog (they were great buddies). After i graduated and we'd have time so he wouldn't be home alone as much he chose to stay there and by that time my mother in law considered him their dog. Well he passed away this winter at the ripe age of almost 15. My youngest sat with him and petted and loved on him while he took his last breaths. I couldn't ask for a better way for him to go.

Anyway and i think my allergies and the onion cutting ninja is in check.

This Friday we are picking up our new dog. He's a mini bernedoodle, the kids don't know and my daughter announced last night she's planning on asking Santa for a puppy. So we know they're gonna be over the moon.