Gun season not so long ago...

My story starts out with me being 8 years old and going to my hunters safety course with my dad. After a couple nights of going to class and learning all about hunting, gun safety, and the outdoors, I passed my test and was ready to hit the woods.

My first few years hunting were exclusively for small game. I shot many rabbits and squirrels. When I turned 13 my dad decided I was ready to move up to the ranks of hunting the elusive eastern turkey. He drug me out of bed at 5 am day after day. Fighting to stay awake and battling mosquitoes became an everyday thing. Every time we would get in the truck I would look at the clock wishing for the time to be close to noon so I could go home. I was always exhausted and ready to quit once 9 am rolled around. One morning we hiked what felt like miles back into a public hunting ground and set up on a gas line, after a couple hours of failed attempts we decided to head out. We had walked several hundred yards straight uphill to get the the ridge above the gas line when dad said lets stop here and make one last call. Wouldn't you know it! A tom answered in a distant hollow beyond the gas line...then the dreaded words came from my fathers mouth, "if he answers again we will go in there after him". Secretly I wished the turkey wouldn't answer. Forty-five minutes later and with a mature gobbler on my back, the steep hill heading back up the ridge wasn't quite as steep anymore. From that moment on I realized my passion for hunting and was hooked for life. Having killed my first turkey with my dad is a moment I will never forget or trade for anything, even the wading through waist deep water.

Jump ahead four years and I am 17 years old. I had never been deer hunting, the thought of going deer hunting had never crossed my mind. My dad had only killed two deer, a button buck and a doe years before I was born, and had not hunted deer since I came into the world. I had been watching the outdoor channel and all the deer hunting shows had be interested. I decided to buy a tag and go out for shotgun season. The day of my first ever deer hunt dawned cool and gloomy. It had rained throughout the night and the woods were still and filled with a fog. My dad had to work so my grandfather accompanied me to the woods although we did not hunt in the same area. I left him sitting on the ridge top near the truck and I decided to drop down into a deep hollow with many cliffs. I was able to silently move about the woods with the dampness of the ground. I crossed the hollow and was moving up the other side on a deer trail thinking that I would just follow it to see where I ended up. It began to spit rain and a mist was all around me. I was approximately half way up the embankment when I heard a noise directly behind me. I turned quickly, and not 10 yards away stood a buck. I threw up the remington wingmaster 12 gauge and but the sight on his chest. BOOM, the shot echoed through the deep ravines and down the hollow. He ran, hard and fast down and then back up the other side of the hollow. He was at least 100 yards away and he stopped. I took another shot, and looked and did not see him anymore. I thought to myself, surely I did miss this deer from this close, and how did he run so far. I quickly looked where I had just shot him, white hair was all I found. I didnt see any blood so I marked the spot where I had took the last long shot and headed there. I knew that I had a slim chance of finding blood with the rain and the quickness the buck had run off. When I arrived where I thought I had last seen the buck there was nothing, my heart fell. I wondered how I had blown my chance at a shot so close, I could have practically reached out and touched the buck. I was on a small bench about 5 yards wide with a cliff above and below me. I walked on and suddenly there was blood, then more blood and before I knew it a path of blood nearly three feet wide. Instantly my heart began racing, I knew I had him. Fifty more yards up the trail and there he was. My first deer, and a buck on the first day I had ever been deer hunting. The moment I walked upon the buck I felt an instant connection with God and nature that I had never felt before. That was the moment that deer hunting became part of me, a part that will never leave.

The three hours that followed my first deer harvest were full of sweat and pain as I drug the buck up the incline of doom. I thought I would never make it out of the woods. That buck was the most difficult drag I have had to this day. Maybe I learned to hunt flatter ground or more near the road but I will never forget the six point that gave me the fever that will never leave my blood.

The next two years I gun hunted and did not harvest a deer. I graduated college and began working with some guys who hunted with bows and well that story continues...

Two years ago, when I was 23 I talked my dad into going deer hunting for the first time with me. Gun season opening morning 2009 he takes his first deer in over 25 years. The next year 2010 I finally got a bow in his hand and although he did not kill one with a bow he had many opportunities and experiences. This year my dad is ready and I hope to see him kill his first deer with a bow. Hopefully, the man who taught me most everything I know about nature and hunting will learn something from me and we can celebrate together. Here are our bucks from 09 and 10. I will try to find pics of my first turkey and deer and post them also. 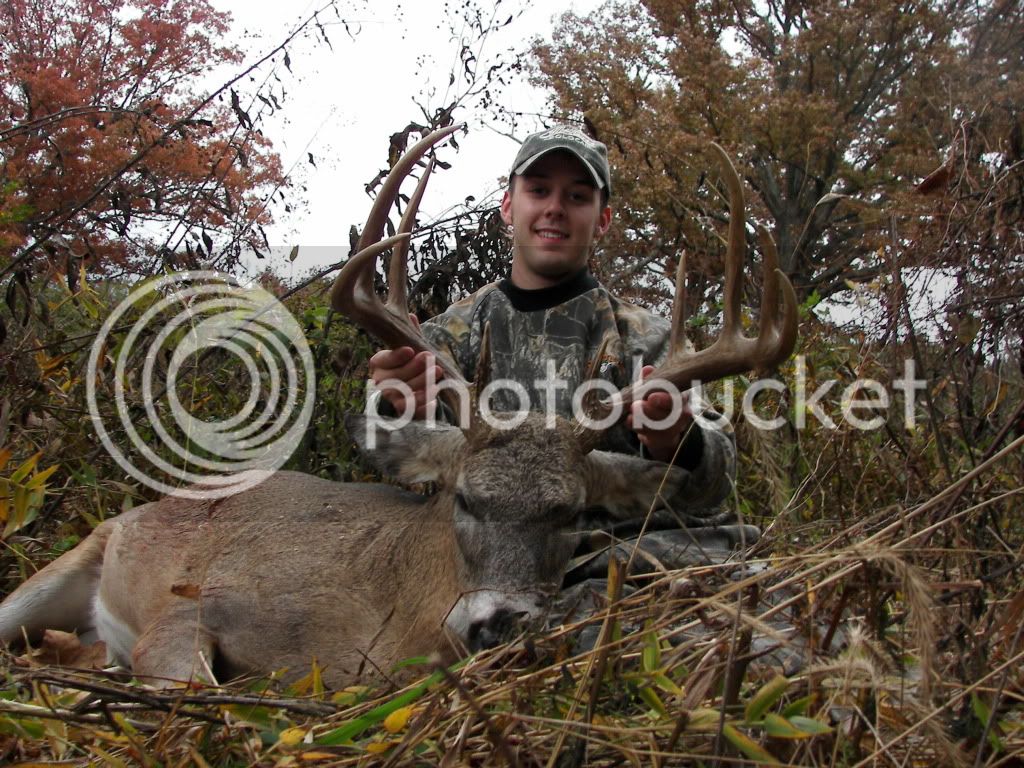 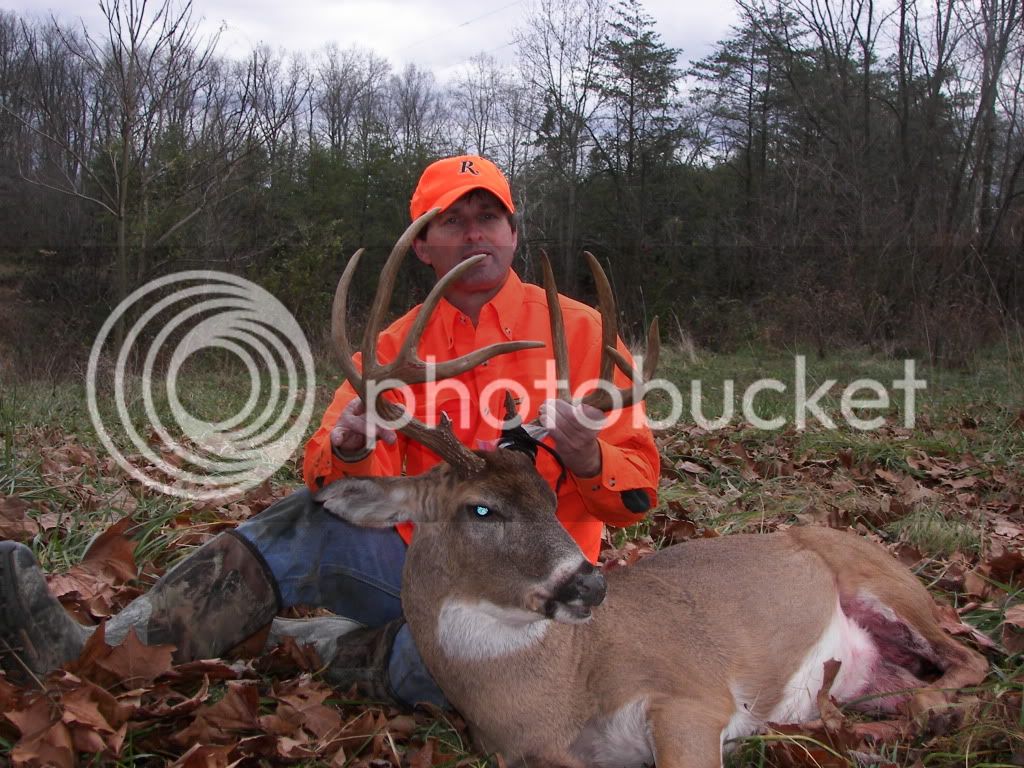 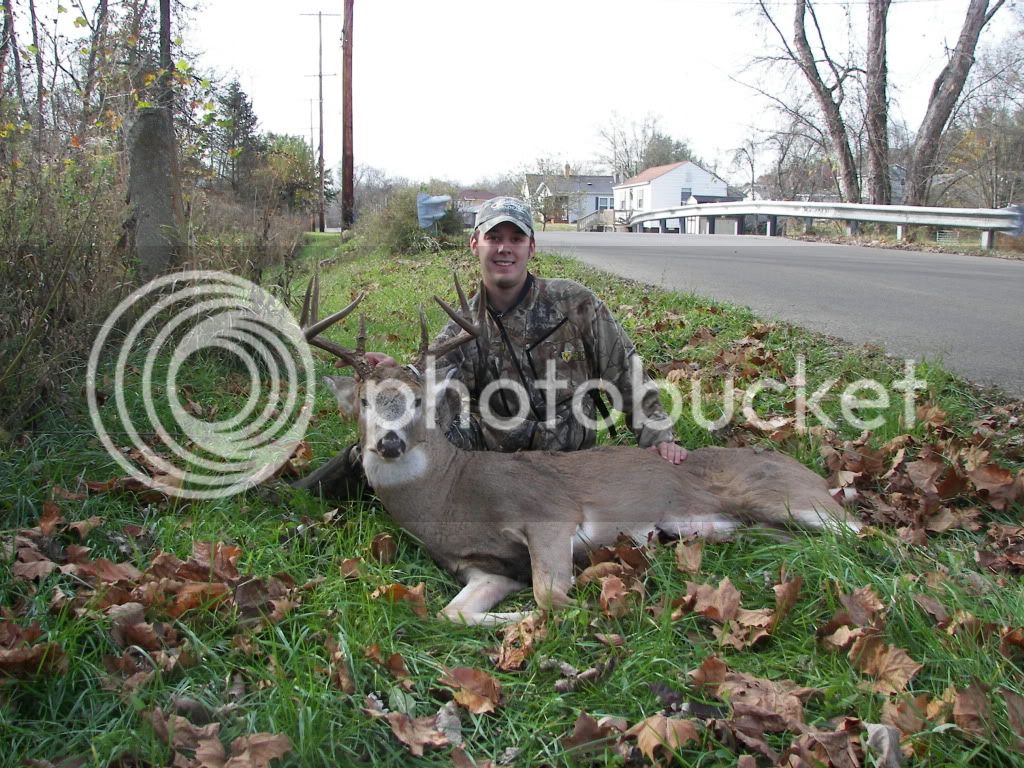 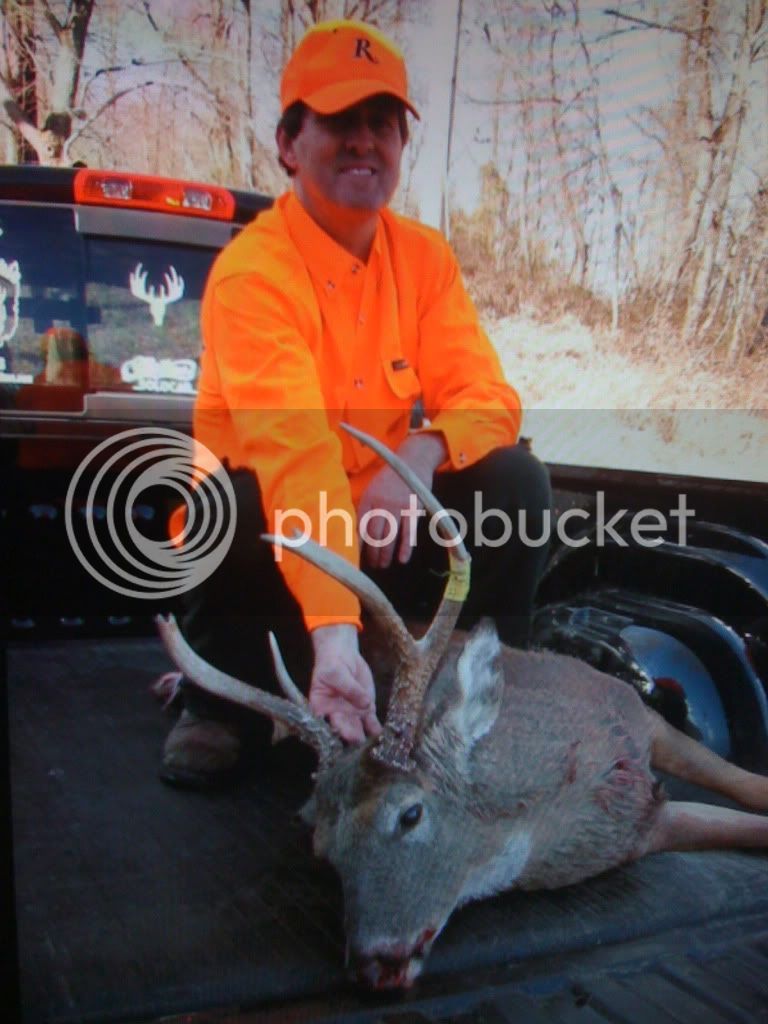 Excellent write up on your wonderful memories!

Great write up! It's definitely a special thing to spend time in the woods with your dad. Those will be memories you will cherish long after he's hung up the gun/bow. Good stuff!!!

Great read man, and awesome memory. Did you hit that buck with your first or second shot?

Jackalope said:
Great read man, and awesome memory. Did you hit that buck with your first or second shot?
Click to expand...

Turned out I hit him with the first shot but high in the chest, It took him a while to start bleeding out im guessing.

Here is my first buck, Didnt have a digital cam in my first turkey days so I cant find the photo at the moment. 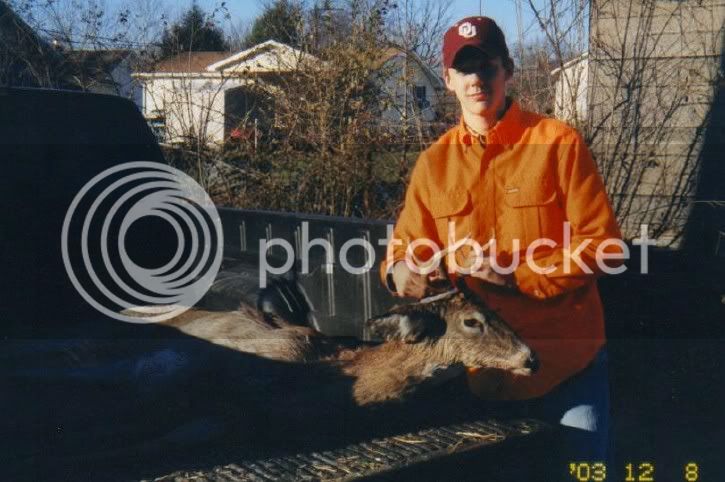 Great story, thanks for sharing.

Great memories!! Thanks for sharing them and the pics with us!!

Still digging digging through these stories that I somehow missed! Lmao

Great read Seth! It's awesome that you and your dad have built such a strong hunting companionship with each other!:smiley_clap:

You've killed some great deer in the short time you've been hunting I might add! Congrats on all your success!
M

"Happy Hunting Grounds in the Sky"

Great story don't know how I missed this either. Oh I know it was written before I joined TOO. Congrats to you both and remind your dad I didn't take a deer with a bow until I was 68.

Great story! I love hunting with my dad. I'm gonna miss it next year when I'm in Oregon.