On a better note, came back to the camp and checked the lines. Caught 3 nice catfish. 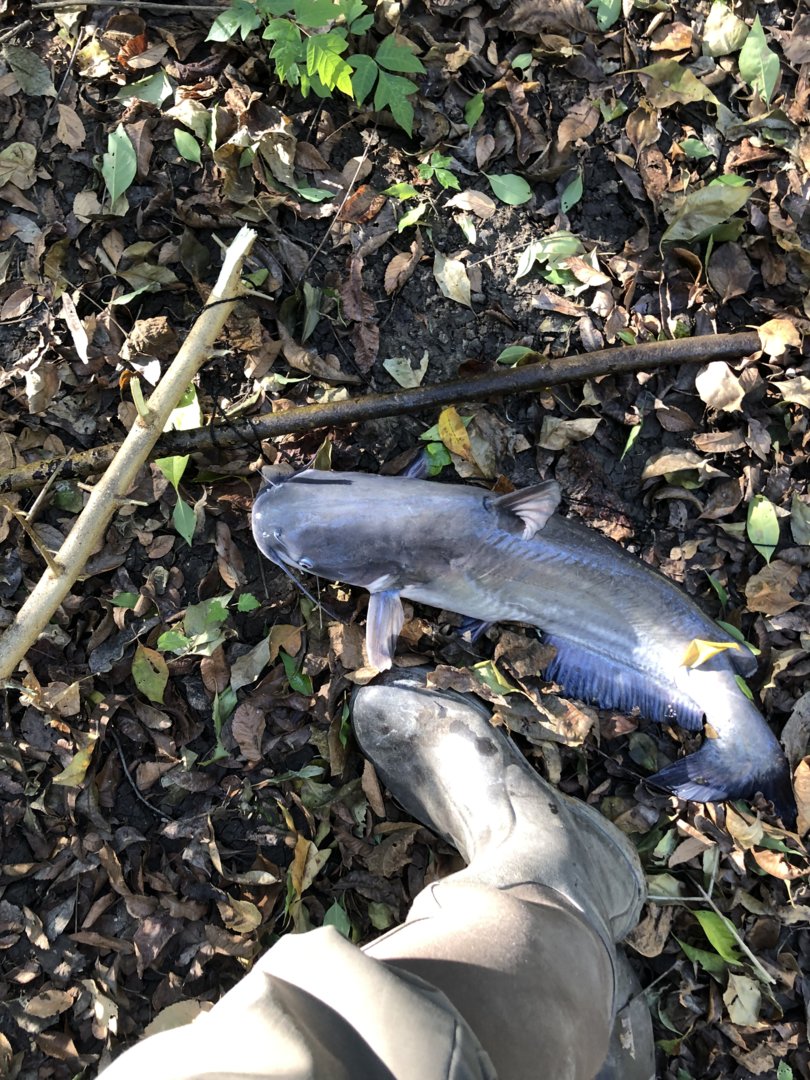 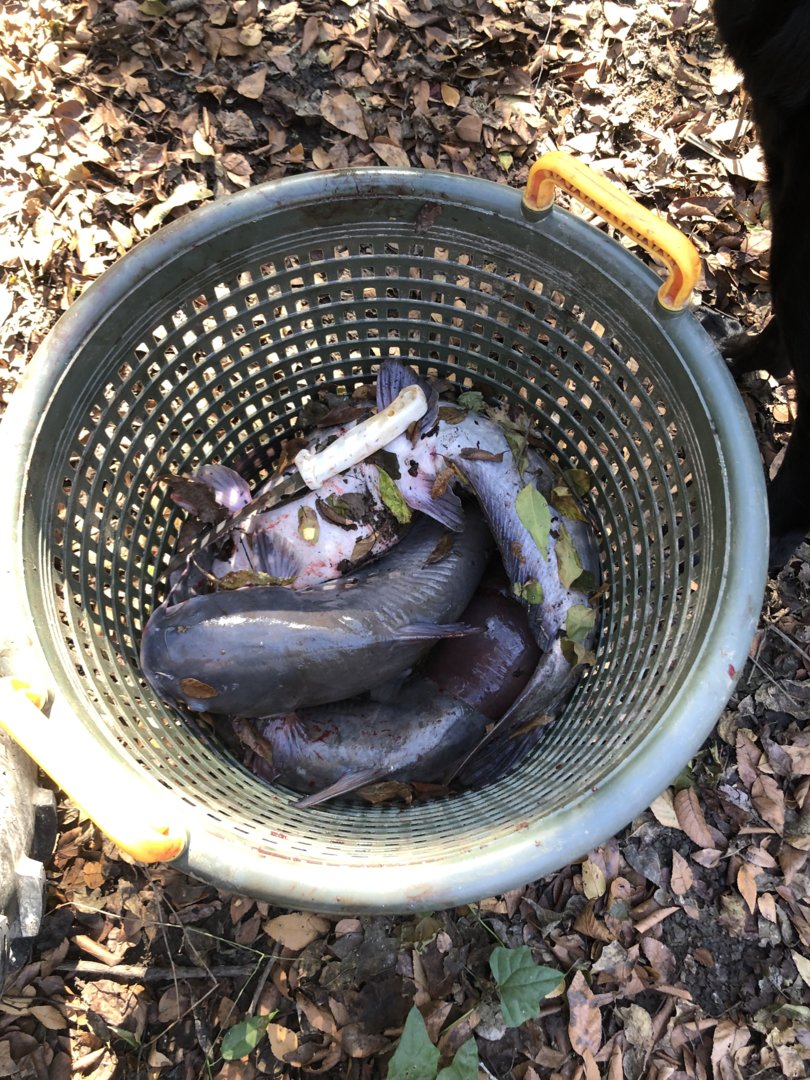 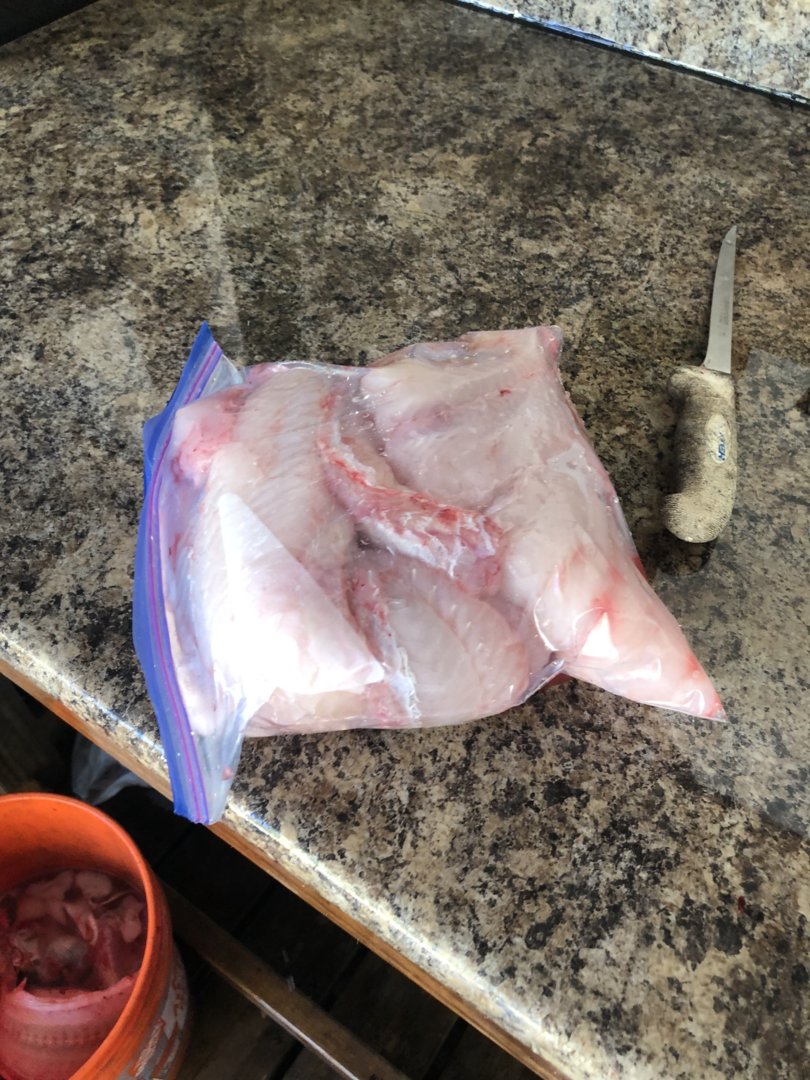 Good times to come, Hopefully tomorrow. Y’all remember taking a good friends son to kill his first deer during the youth hunt? Well tomorrow we taking him to kill a big doe. Yeah I have a bunch, but these kind of hunts hold a special place in my heart. I love seeing kids enjoy the outdoors. So if things work out, I should be posting an epic post. Wish us luck.
Reactions: Josh carpenter, Jackalope, giles and 8 others

Get it done, son!

So we made the hunt this morning. Put them in my stand and I got in the double stand. Just breaking daylight and I get a text that they seeing deer. I replied with just let it get light, enjoy the hunt and there will be a bunch of opportunities. He tells me there is a single doe about 100 yards and walking towards them. I said I’ve been seeing a fawn there every hunt and just wait for another deer to show up for comparison. It’s 6:30 and he’s asking questions about the deer. I told him just do you it will be ok. Another deer came out “big doe” and they decide to shoot it around 70 yards. I hear the shot and waited for the text. He said “smoked her” and sent me a video. By the looks of the video I replied looks like we eating deer heart and eggs for breakfast. They got down at 7 to recover the deer. I instructed him to make his boy track and to video. 20 minutes past and I ask him what’s up. He tells me there is no blood or anything. I get down and drive to them. We look and he’s right, nothing to be found. Told him to go get pearl from the camp. He gets back and I’m watching the video to make sure where the deer was and what trail it ran in on. Look again for myself while waiting and found nothing.

We put pearl on the track but she ain’t quite like herself and just running around. I let her work and we all split up looking for any trace. Gavin calls me and says I got blood. I meet him and it’s a 8” circle of wet stuff and a little bit of blood. I smell it and doesn’t smell like blood or gut but does smell like deer. We searched a good bit further then quit. Shooting a 308 w 150 gr Corelok. Big bummer for all to be had.
Reactions: Josh carpenter, Big_Holla, giles and 1 other person

Reading your reply I thought neck shot. Watching the video tells me back and low.

giles said:
Reading your reply I thought neck shot. Watching the video tells me back and low.
Click to expand...

I’m thinking he shot forward and hit high leg. We did find short brown hairs. The sign I found was crazy. Look kind of dark red to bright red w clear fluid. No gut smell but did smell “like deer” if that makes sense.

triple_duece said:
I’m thinking he shot forward and hit high leg. We did find short brown hairs. The sign I found was crazy. Look kind of dark red to bright red w clear fluid. No gut smell but did smell “like deer” if that makes sense.
Click to expand...

That is why I suspected neck. Those shots are usually watered down.

Either way, I'd say she lives. Might even get a shot on her this afternoon.
Reactions: triple_duece

giles said:
Either way, I'd say she lives. Might even get a shot on her this afternoon.
Click to expand...

I read your reply wrong. Think you’re on to something. But not a drop of blood for 130 yards and just an 8” circle
Reactions: giles

She's hit for sure looking at the reaction. . From the liquid you found I would think muscle hit. I've had a brisket hit deer leave a really watery blood trail.
Reactions: Big_Holla and triple_duece

Got up this morning w light drizzling rain. Wanted to hunt the public but opted out. Went to the property and seen 15 deer and had a bear walk up to the blind then fixing to get on my atv until I cussed him and he left.

Been a heavy overcast all day and mist in the air. The plan was go on public but thought better of it. So it was sit in a dry tower blind w a whole 15 steps to get in or jump w stand on public and get wet.

Arrived at the property w my road starting to flood over the bayou. Pulled a cam that will go under and drove to my stand. Went put the cam out and walked back to the blind and climbed in. Sat down and I had 2 deer out at 2pm on the turnrow. More deer came and went and heard a stick crack and a doe popped out, looked back and hustled across the lane. 20 seconds later a spike comes out flying across chasing the doe. See deer down the way here and there. A doe stepped out about 230 yards, then another bigger deer and was a heavy tight 8pt. Another deer steps out and I look at him and it’s the g3 buck. Raised my gun out to check him out good and he feeds across w me just seeing his hind quarters. He wasn’t going anywhere, the other deer were feeding. He turns away and feeds away from me. At that point I decided to kill him. Seem like 5 minutes idk and finally he turns and I have a giant case of buck fever. I can’t keep it on him and my heart is in my throat. He turns broadside than a doe steps in front of him. In the midst of all this a big buck crossed between me and him. I try to get on him and he was the floppy 9 or the 10. I don’t get on him so it’s time to shoot the other. He presents me w a shot and boom, all the deer scattered except for my buck. Rack in another round and settled in and squeezed off. He wheels around and runs straight to me then off to not the crp. I don’t feel like I hit him but I’m unsure. It’s 4:30 and I have an hour till dark. I wait hoping he crosses back but doesn’t. Many other deer come out but nothing to shoot. Probably seen 35 or so deer.

Got dark and I walk down to look for tracks and blood. Plenty water on the ground. Walk down and found where one bullet hit the ground and I back track for sign. Nothing half way back so and look on the edge for any sign. Get to the back and cross the ditch and walk back 20 yards into the crp. Nothing found, I’m bummed and upset. 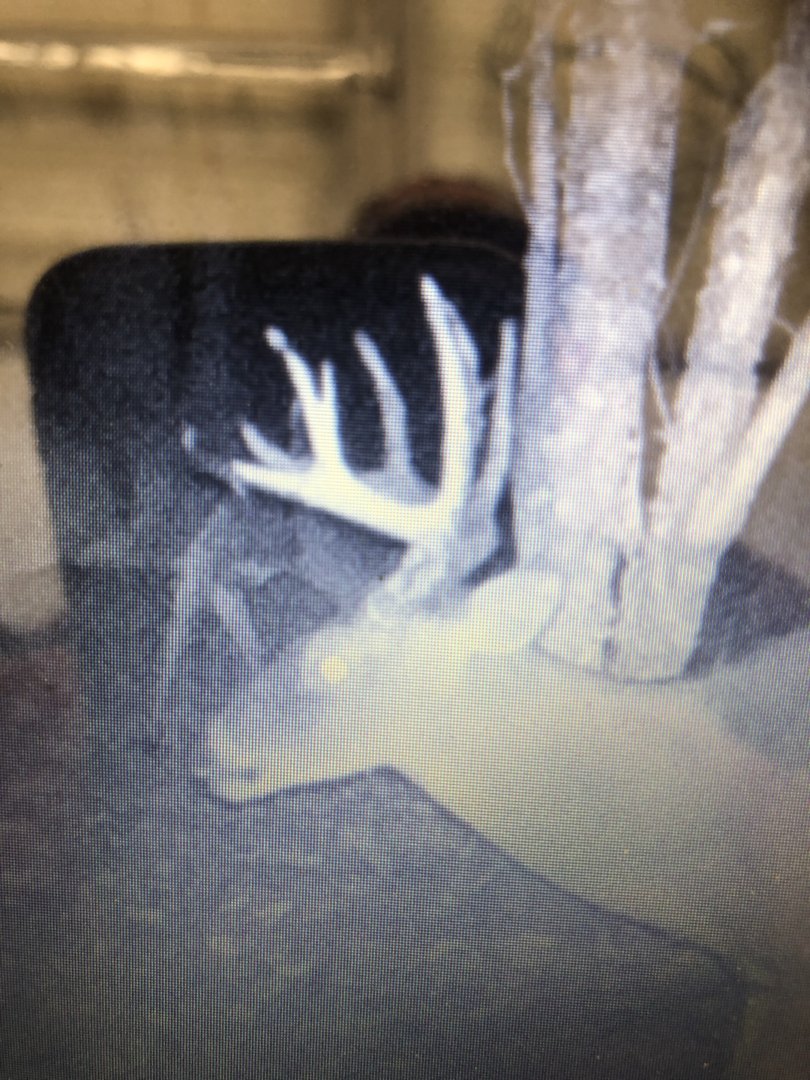 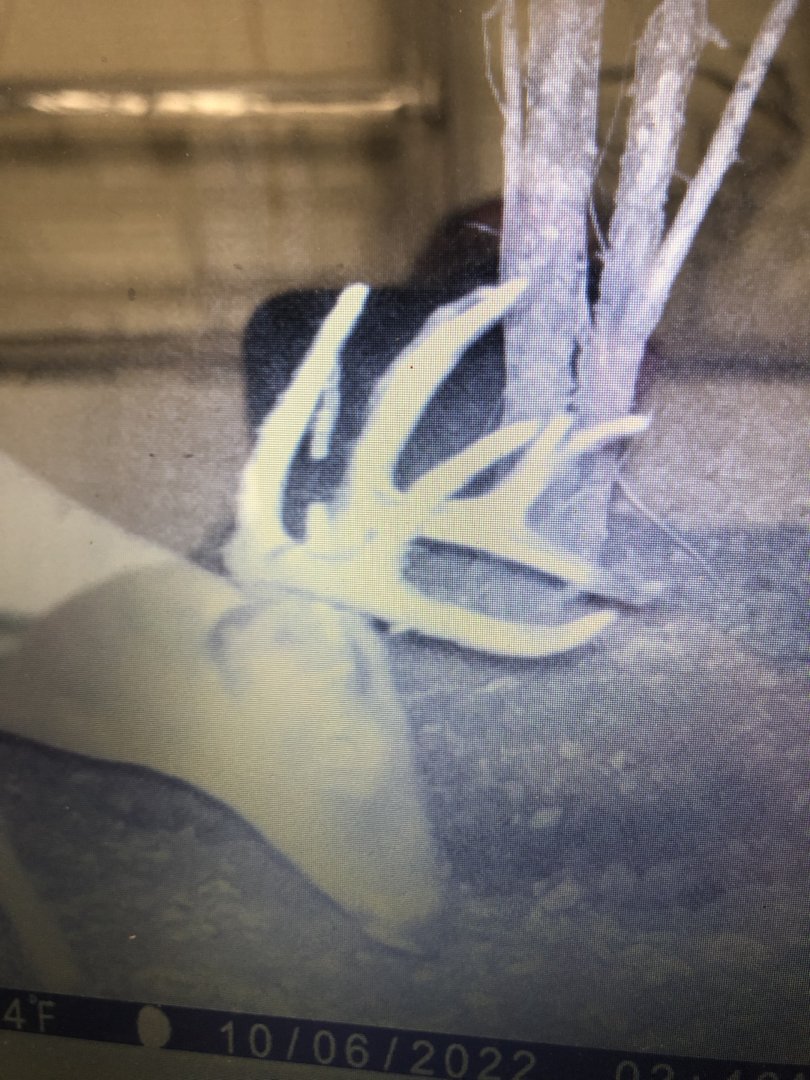 Hunted this morning and seen one doe. Hooked up w a buddy snd a plan was set. We gonna put the hurt on fish. I went tan my lines and caught 4. We took his boat and put 10 jug lines and he put 7 limb lines. Ran them at dark and caught this. 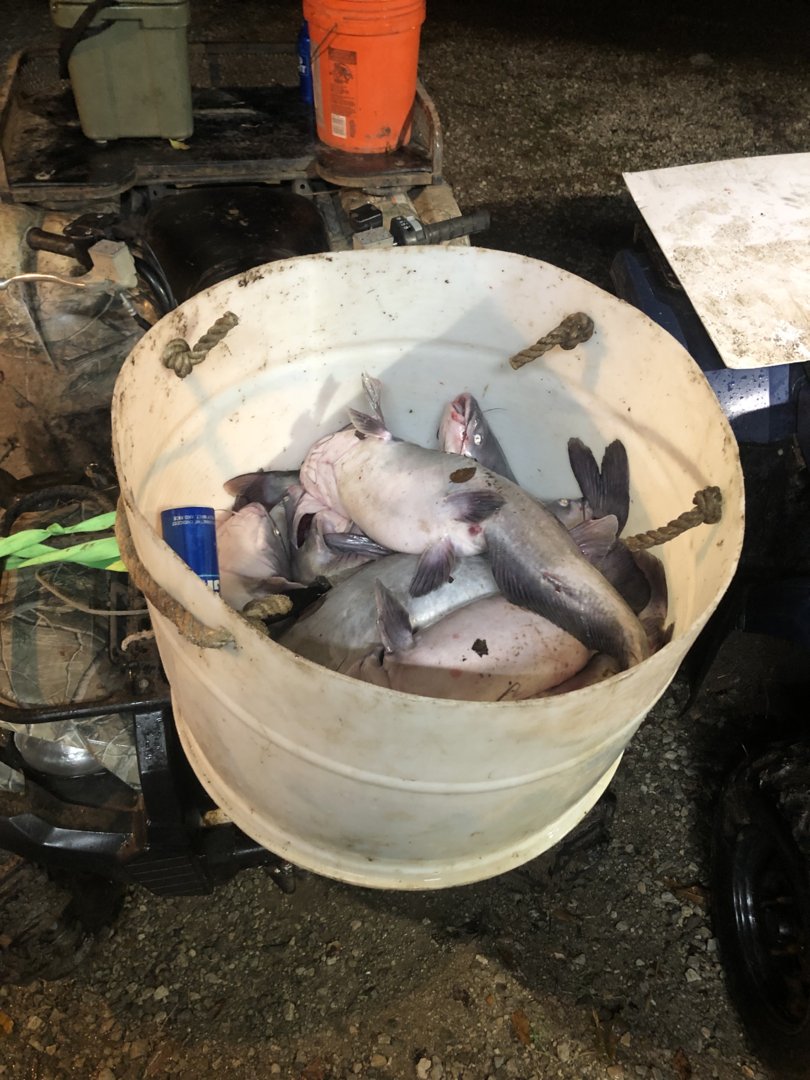 we came back to the camp to drink some more beer by the fire. 4 of us going duck hunting in the morning.
Reactions: switchhitter, giles, Big_Holla and 7 others

Duck hunting was a flop. We was in a big cypress brake and private land next to us was flood rice fields. Bird were pouring in there with nobody hunting so we didn’t stand a chance.

We got back and ran the lines catching 9 nice cats. Gonna hunt the property this evening and run lines after dark.
Reactions: switchhitter, Jackalope, Josh carpenter and 4 others

First deer just stepped out. It’s hotter than hell today snd I was cooking in this black mofo. Watching some buzzards flying and sitting in a tree.

Shot my rifle and it’s still on. That means one thing, I had buck fever and first shot was a clean miss. Second shot makes me think I hit it. Hoping the buzzards would led me to him or the bears ate him and covered him up. Best case is two clean misses which is doubtful. Time will tell and see if he shows up on cams. The big 10 is showing up on cam, haven’t seen floppy the 9pt.
Reactions: Sgt Fury, Big_Holla and Josh carpenter

Made a woodie hunt this morning w my buddy Gavin. 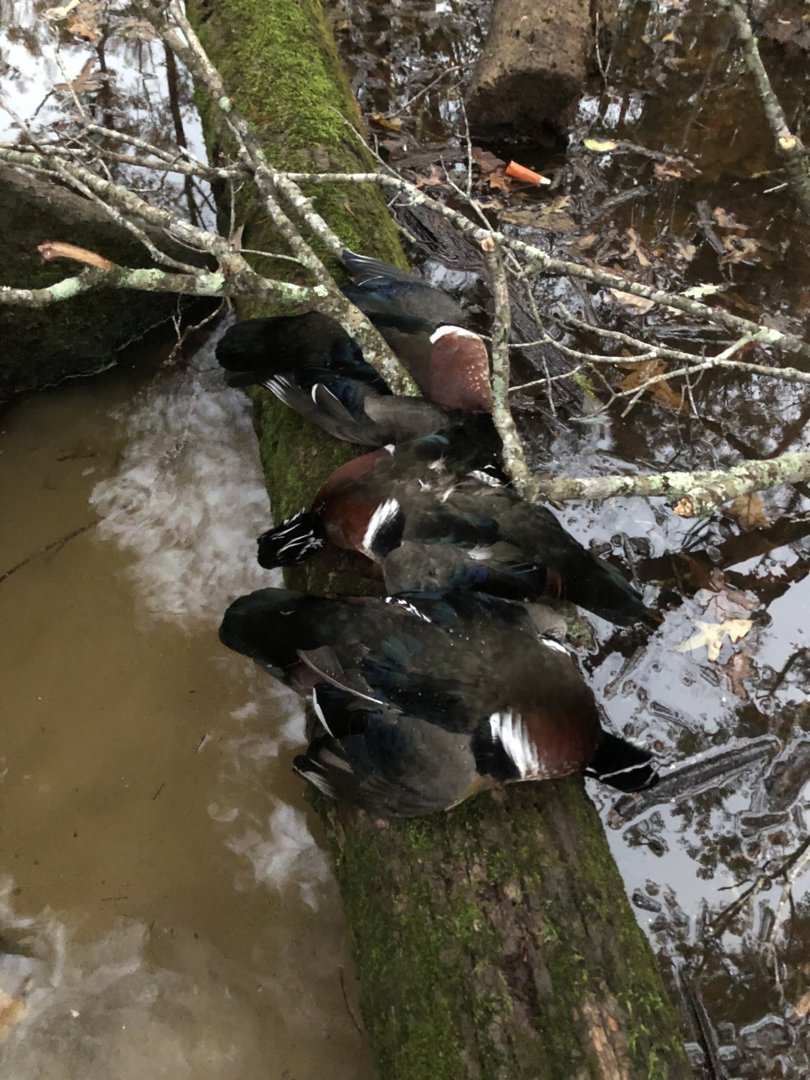 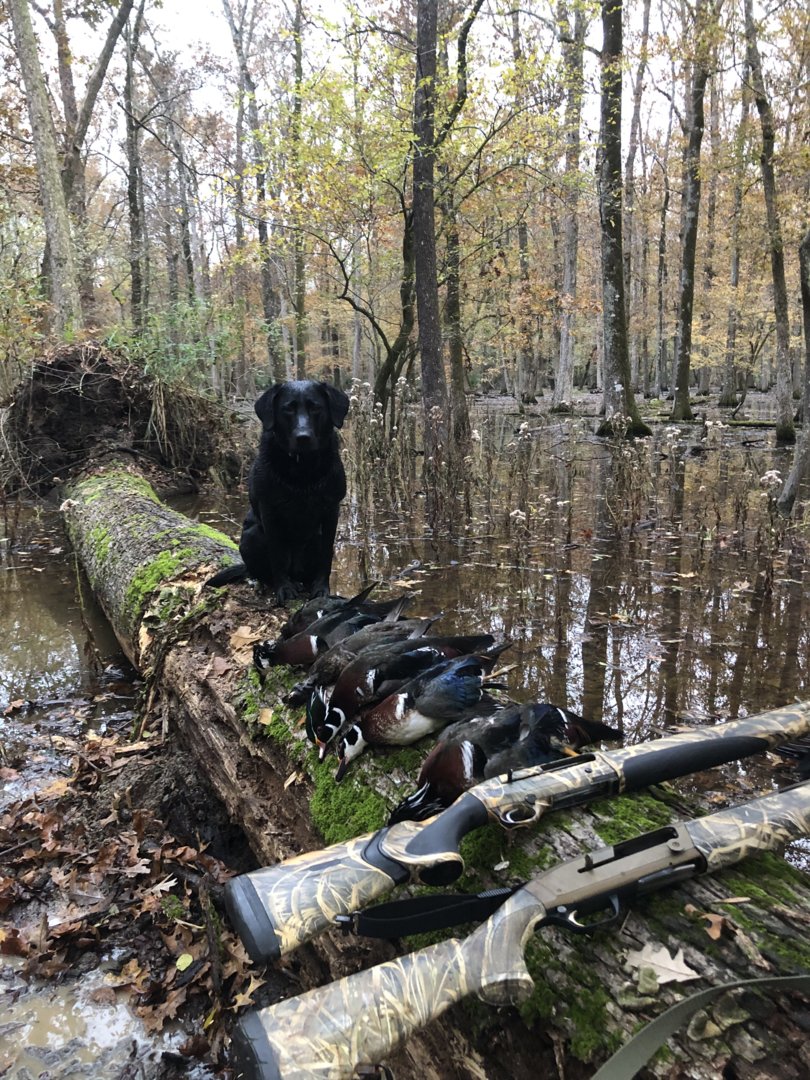 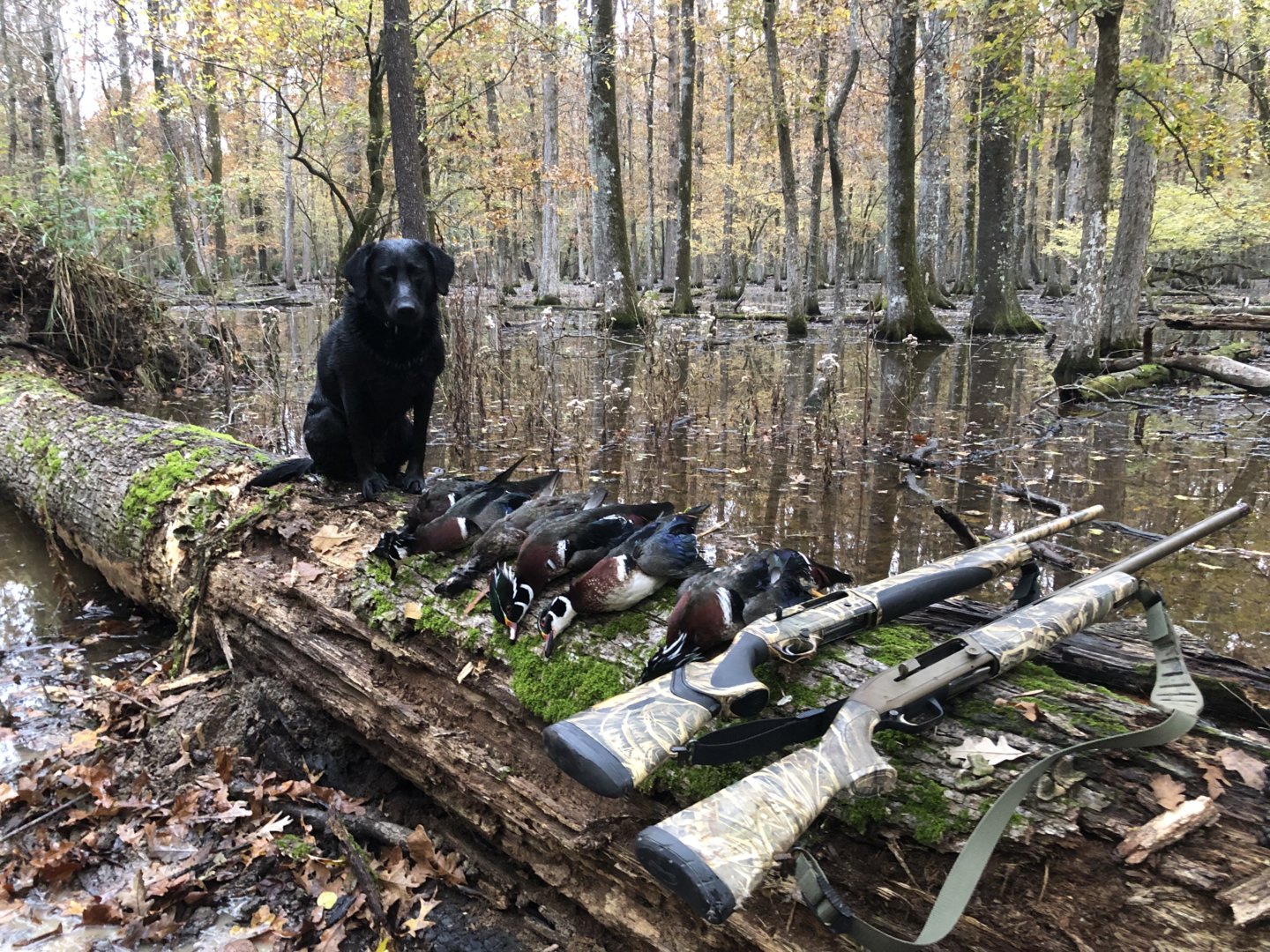 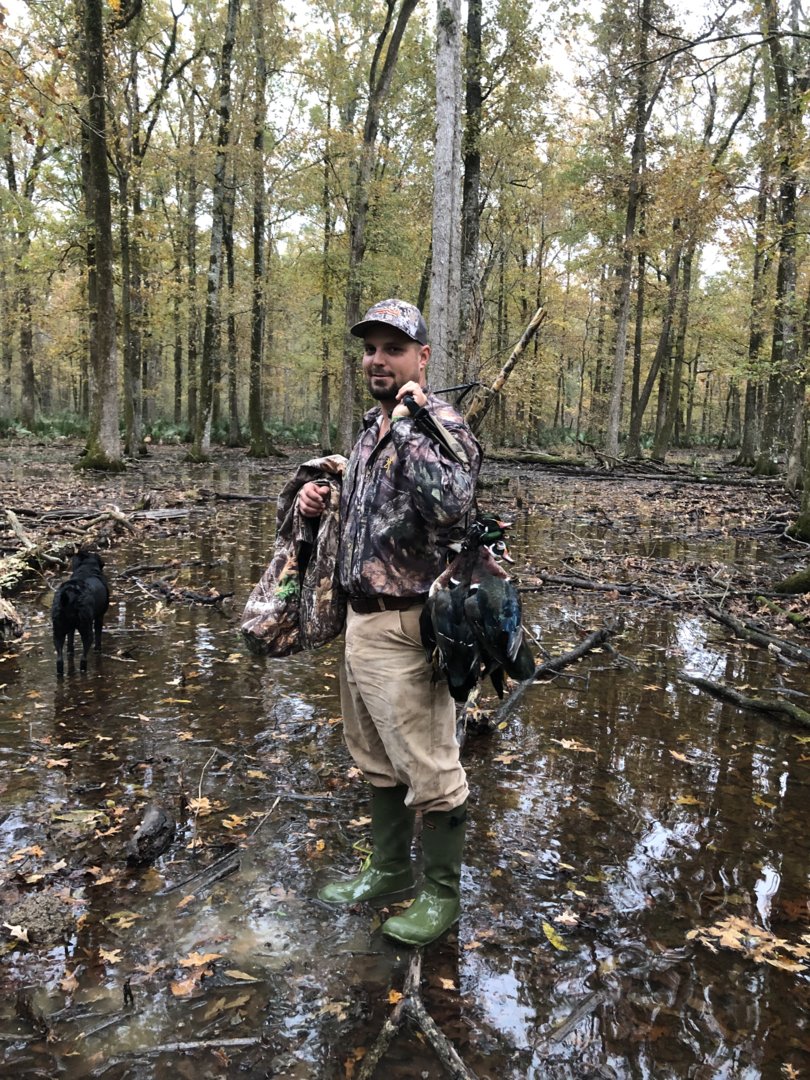