Thanks for taking us along
Reactions: triple_duece

Well slept a night at home and the fever started. Woke up this morning, waited for hunter to wake up and we cut and wrapped all the meat. Hunter tells me he’s headed to Illinois in the morning w a friend. I gathered my crap and headed to the camp with my ride or die. Gonna hog hunt the nwr in the morning and primitive season opens this weekend. 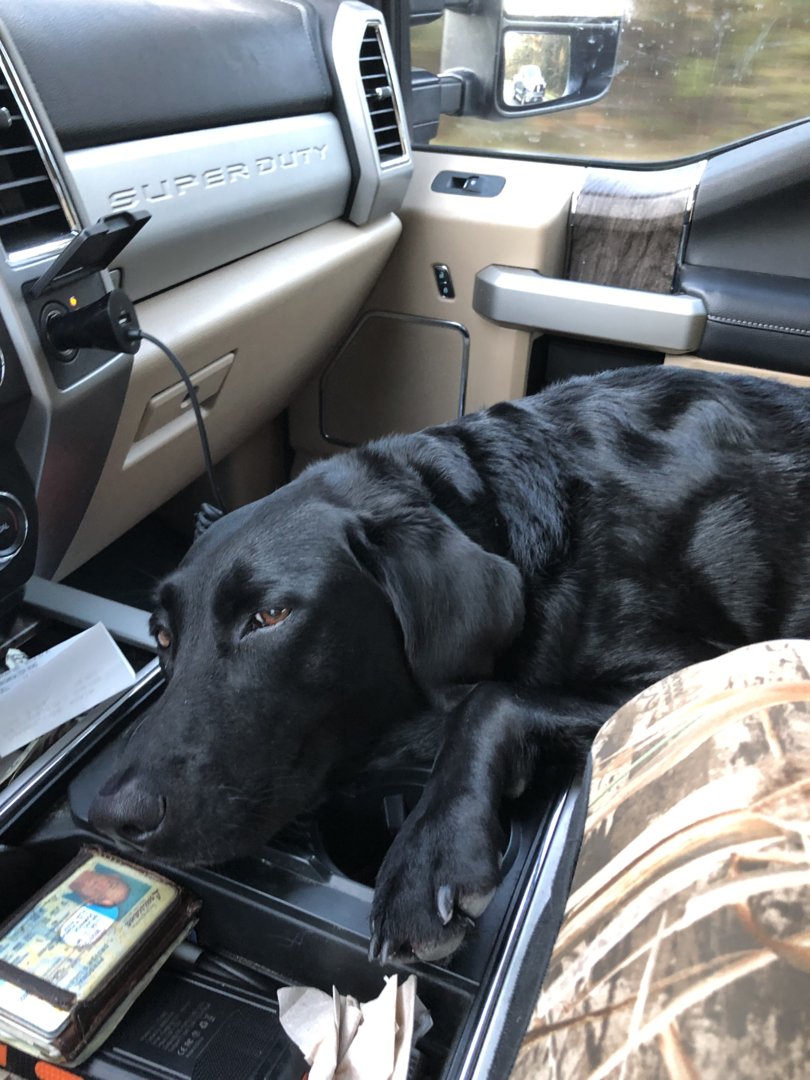 triple_duece said:
Well slept a night at home and the fever started. Woke up this morning, waited for hunter to wake up and we cut and wrapped all the meat. Hunter tells me he’s headed to Illinois in the morning w a friend. I gathered my crap and headed to the camp with my ride or die. Gonna hog hunt the nwr in the morning and primitive season opens this weekend. View attachment 165928
Click to expand...

I may need more than luck. Seems like if it don’t come the hard way, it won’t happen. But i wouldn’t want to be doing nothing else. Time will tell, thanks
Reactions: "J", giles and Big_Holla

triple_duece said:
I may need more than luck. Seems like if it don’t come the hard way, it won’t happen. But i wouldn’t want to be doing nothing else. Time will tell, thanks
Click to expand...

Amen. You could be home chasing a 4 and 6 year old and working.

Opening day of primitive week. Pulled cards yesterday and got pics of two shooters. I have pics of 4 shooters I think but will only know after I see them in person. I think I got one pic of the wide 8, if it’s him he’s going down or it’s one of his offspring. Not expecting much as it’s been very dry which is far from usual and not much clover growing and since they found one deer w cwd last year late 3 parishes (counties) cannot feed. We did get rain around 8pm and was still misting this morning w heavy cloud cover. 40 degrees with a stuf wind, not Midwest wind

. Anyway I’m excited to be on my little farm.
Hunter snapped me a pic of snow on the vehicles but not sticking on the ground. I told him to man up, he’s in Illinois bow hunting out of boat. Scouted a couple hours before dark yesterday and will scout today before he starts hunting.
Reactions: Big_Holla, Fletch, Jackalope and 5 others

Jackalope said:
Amen. You could be home chasing a 4 and 6 year old and working.

Or you could learn to pull out

triple_duece said:
Or you could learn to pull out

Says the guy with a couple of his own only made 20 years prior.

So I had a much better hunt than expected. Early I had deer out and fed on god knows what cause there ain’t much where I cut due to the drought for 2.5 months. Ended up seeing a total of 16 deer which throw were young bucks and a fucking yogi bear. This evening I plan to hunt Djs stand that I have gotten buck pics. 5 cell cams and I never got a pic from them this morning. Just goes to show us just cause you not getting pics or pics of shooters, doesn’t mean they aren’t there.
Reactions: Big_Holla, Wildlife, Quantum673 and 2 others

Yeah Hunters second day, today being a full day to scout, hasn’t found much. He text me just a few tracks in snow.

triple_duece said:
Yeah Hunters second day, today being a full day to scout, hasn’t found much. He text me just a few tracks in snow.
Click to expand...

Tell Hunter Good Luck.... Deer are just not moving. Temps last week hovering around 80... All of a sudden they dropped to the 20's with snow flurries... Mix that wind in and it makes for some cold sits...
Reactions: triple_duece

The evening hunt went like this. Still in the 40’s and a wet cold w heavy overcast. Supposed to be partly cloudy by 4. Get to the property and driving in on atv and rode up on this years fawn just feeding as I was headed upwind. Parked atv at my stand and decided to hunt in djs. He had a lot of deer his way this morning and is typically our best stand as it’s in a pinch point between a big bayou, big woods and my crp. No sooner get in and settled and a small buck steps out and continues to walk to my stand 428 yards away. I have a doe to my left and looks into my property and spooks. I continue to watch that way and catch a deer coming out the crp and run into the woods. A minute later a big bear jogs across. Sun came out about 4:30 and I was thinking it’s fixing to happen. Get to almost sunset and a doe and fawn step out to my right I look down middle lane towards my stand and it looks like another deer is standing w the spike. Put binoculars up and it’s a shooter. 18” wide, not long tines but at least an 8. I think it was floppy the 9 we passed last year and is a tank this year. The deer fed damn near under my stand for 30 minutes. Just my luck, and I usually don’t ever hunt the boys stand. Guess where I will be tomorrow. 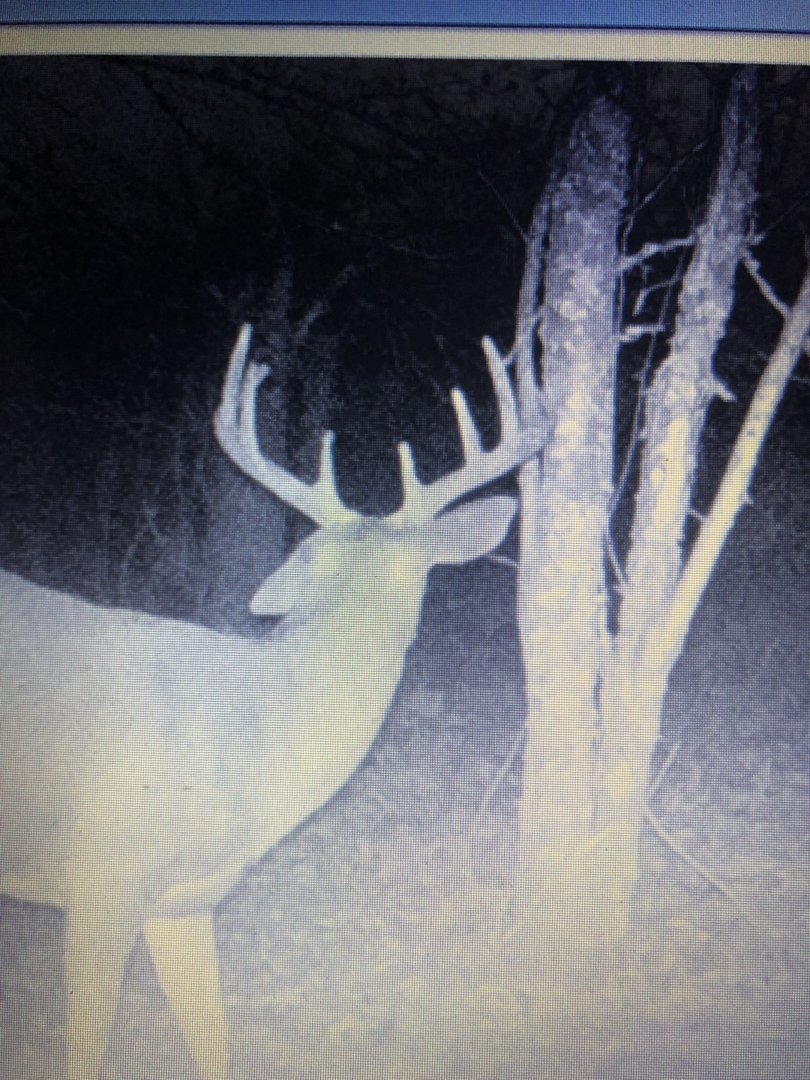 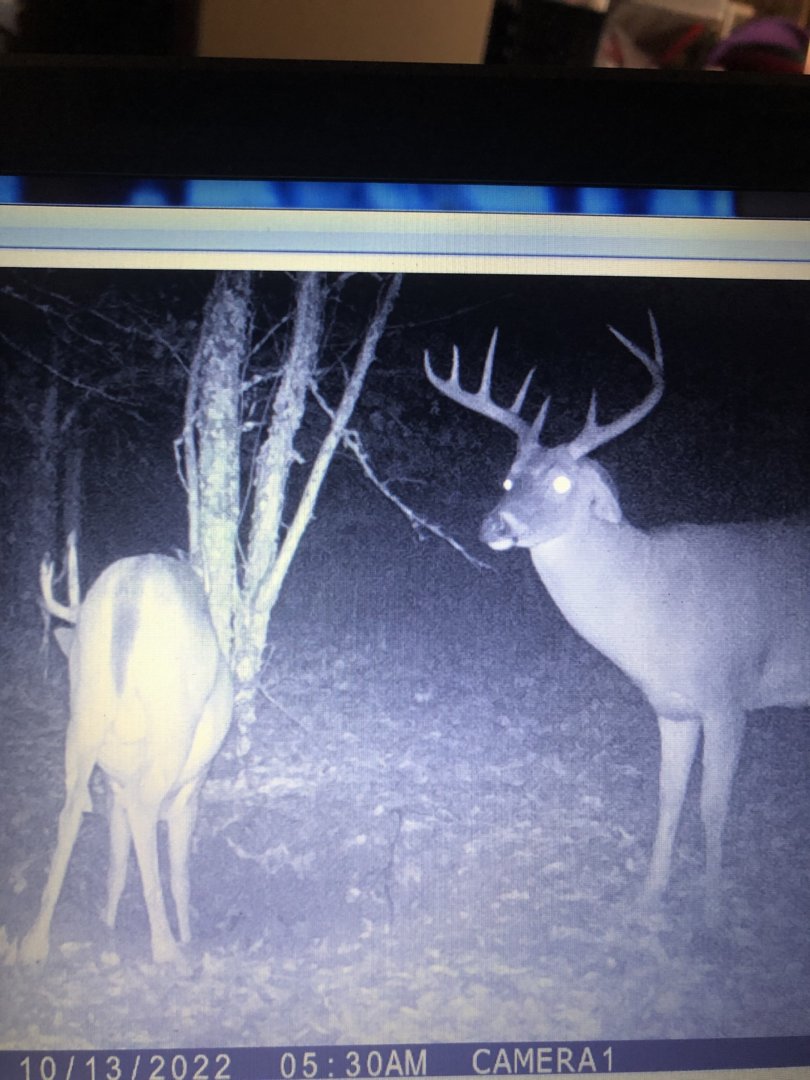 Light freeze this morning w nne at 10 wind. Seen deer early and caught a big deer crossing at last seconds by djs stand, about 300 yards away. Seen 10 deer this morning so far. Nothing close to me. Here is my views. First pic is towards djs and second is toward hunters stand. 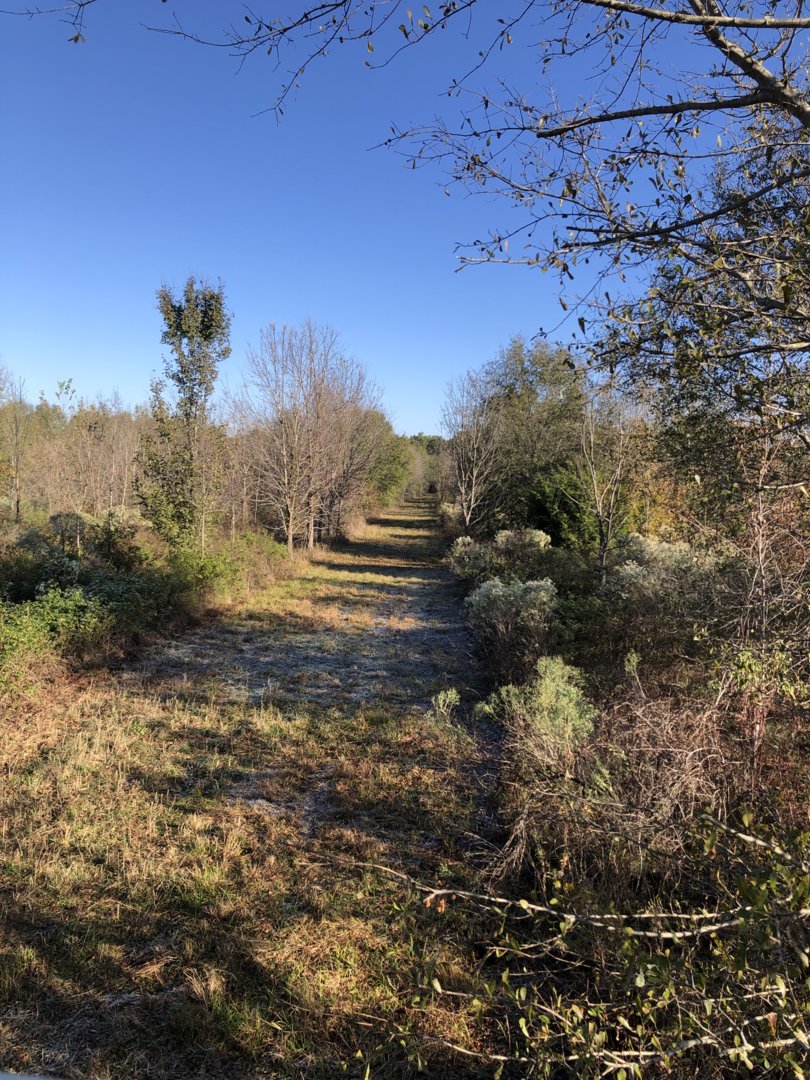 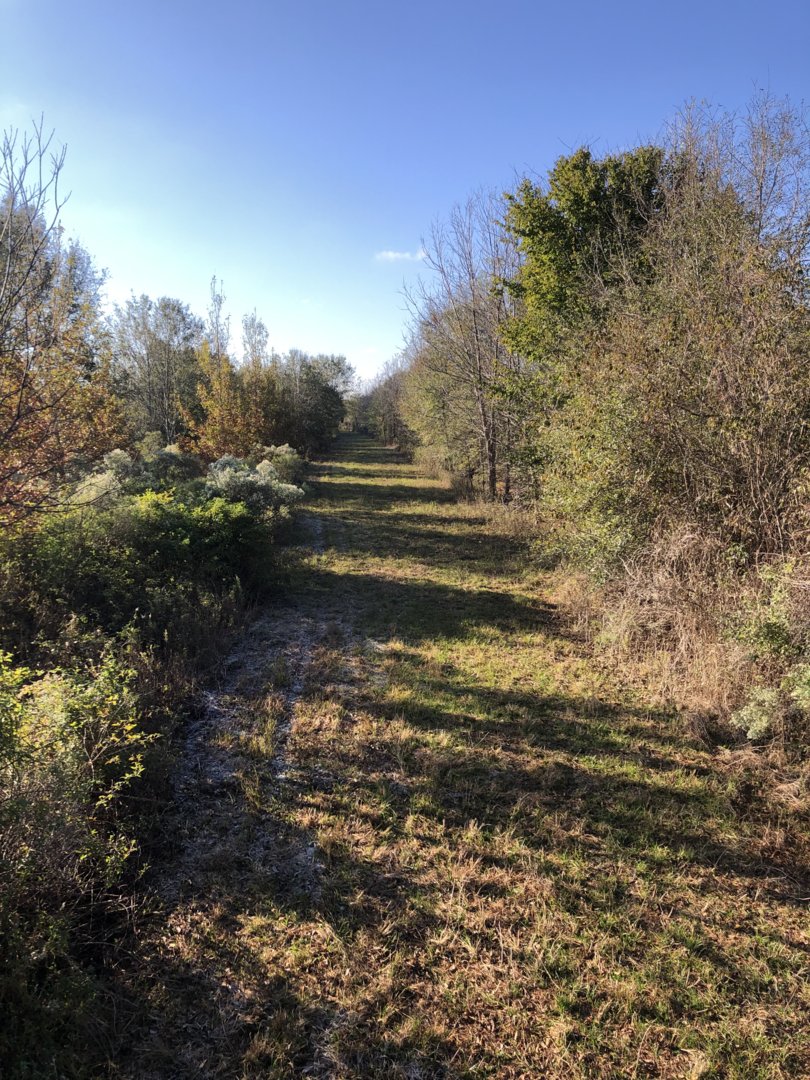 Reactions: Big_Holla, Wildlife, Bankfish and 3 others

Well made the evening hunt. Got in stand at 2:11 and cam goes off at 2:12 w a doe on the double stand. Look up and I have a doe out. Thought to myself, it’s gonna be a good hunt. A couple young bucks came out, then some does. Look down towards djs stand and can see to bigger deer. Just my luck I thought. It was a 2 yr old 6 and 3 yr old 8. They fed towards me while the 8 and a 3pt was hitting antlers together sparring. All in all I seen over 20 + deer and the bucks walked in the grass at dark about 60 yards from me. I waited to not spook them as they headed towards the middle of property going to the ag field where beans are sprouting again. Taking tomorrow off from work and give it one more day. 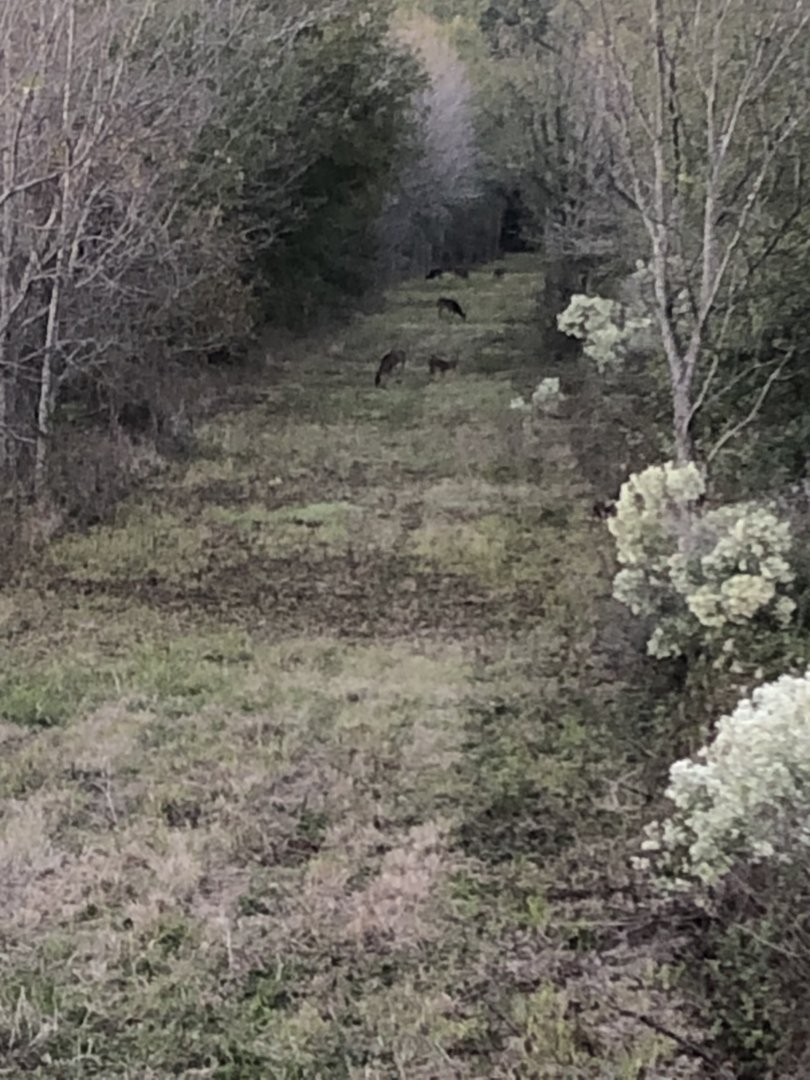 Reactions: Big_Holla, Jackalope, giles and 5 others

Well it’s been entertaining, started off seeing deer at daybreak and till now. No bucks this morning showed up. Still have a doe feeding at the moment. 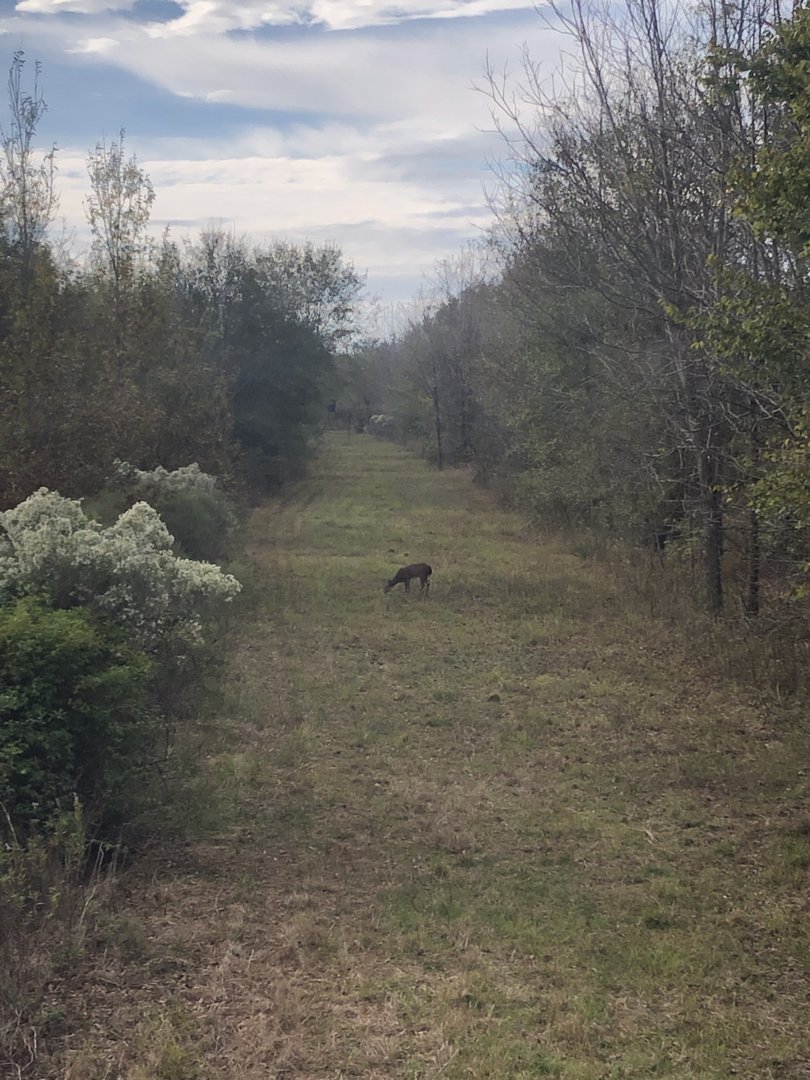 Reactions: Jackalope, giles, Cogz and 2 others

Total of 19 deer seen this morning and was still getting trail camp pics after 12 today. Pulled some cards and changed batteries in one. My lithium batteries are still at almost 100% and the heavy duty energizers are dead already. Worth it to buy lithium. Got rain coming at dark so with my luck, if I do get to pull the trigger it will rain cats and dogs. 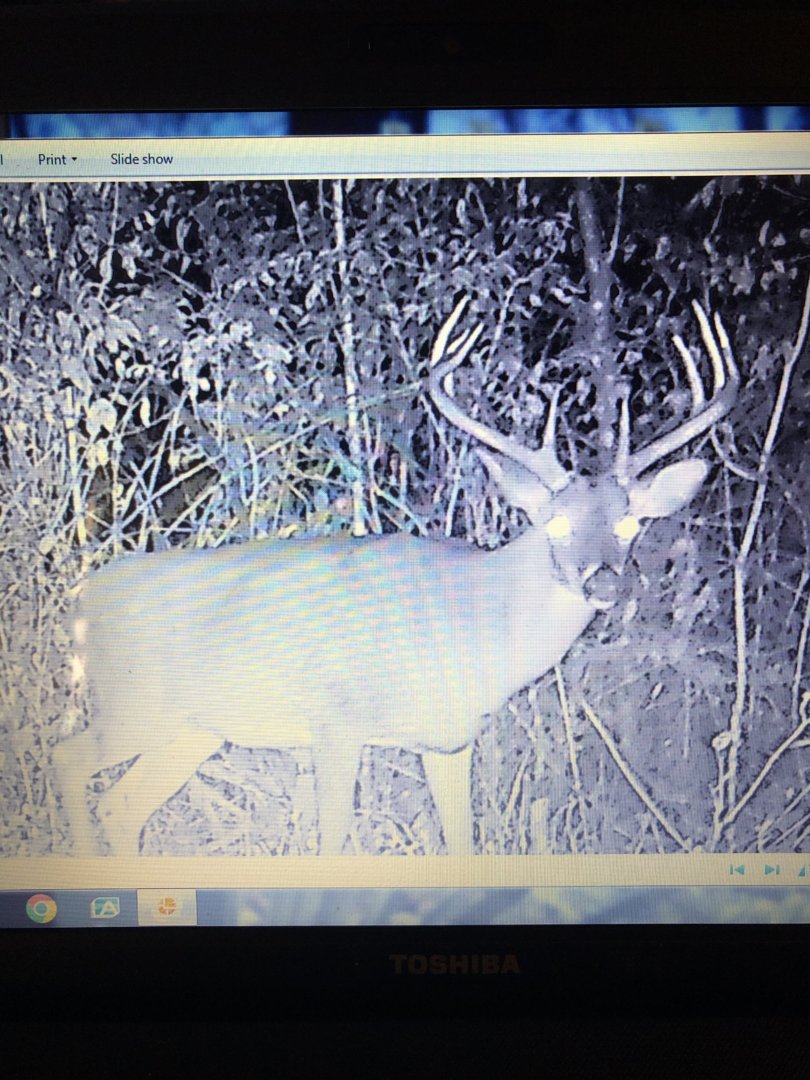 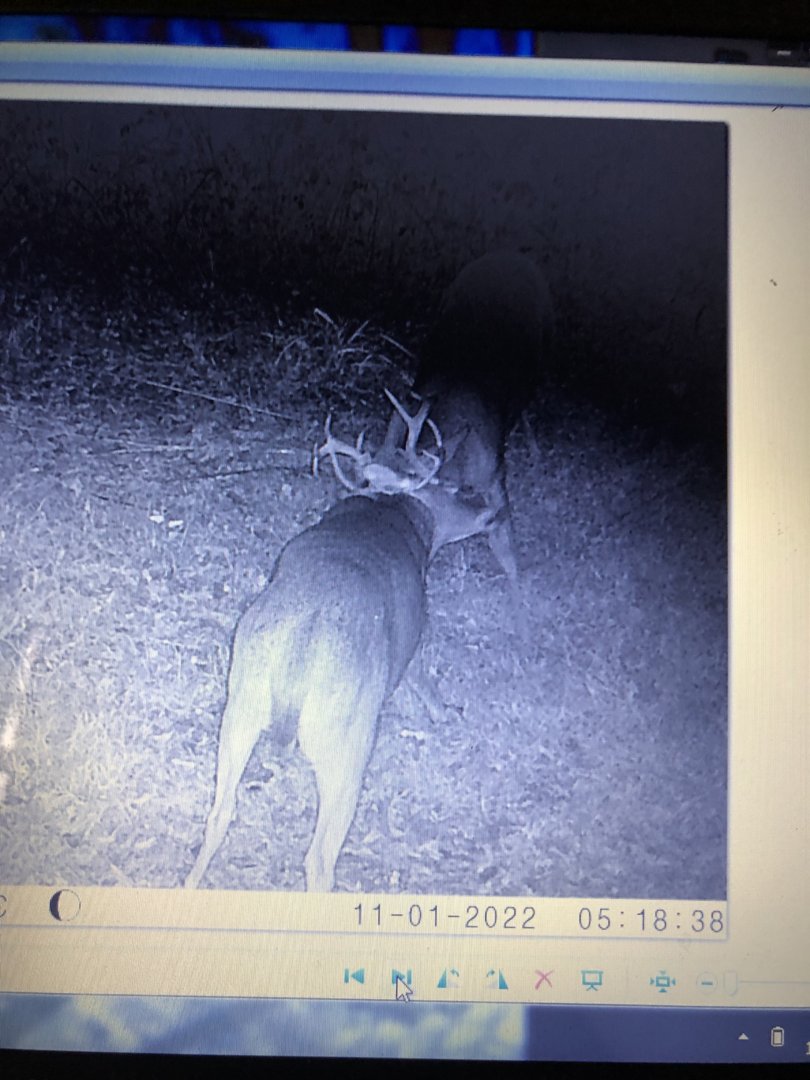 Lithium batteries are getting real hard to find…and the price is going up steadily.
Reactions: Chancegriffis and triple_duece

Sgt Fury said:
Lithium batteries are getting real hard to find…and the price is going up steadily.
Click to expand...

We get them at Sam’s, it’s a Walmart sister business. Think they were $30 for 18 batteries. Thank your president you voted for, for the hike in prices
Reactions: Sgt Fury

Seen 18 slick heads this evening and a bear. Had a great extended weekend filled w deer sightings and one bad decision to not hunt my stand

. The bucks will come around as our rut is late so no worries.

Hunter and his friend finally found some deer in Illinois. Said his friend passed on a 3yr old 10 and he seen one chasing a doe. I guess I’ll be posting pics soon. 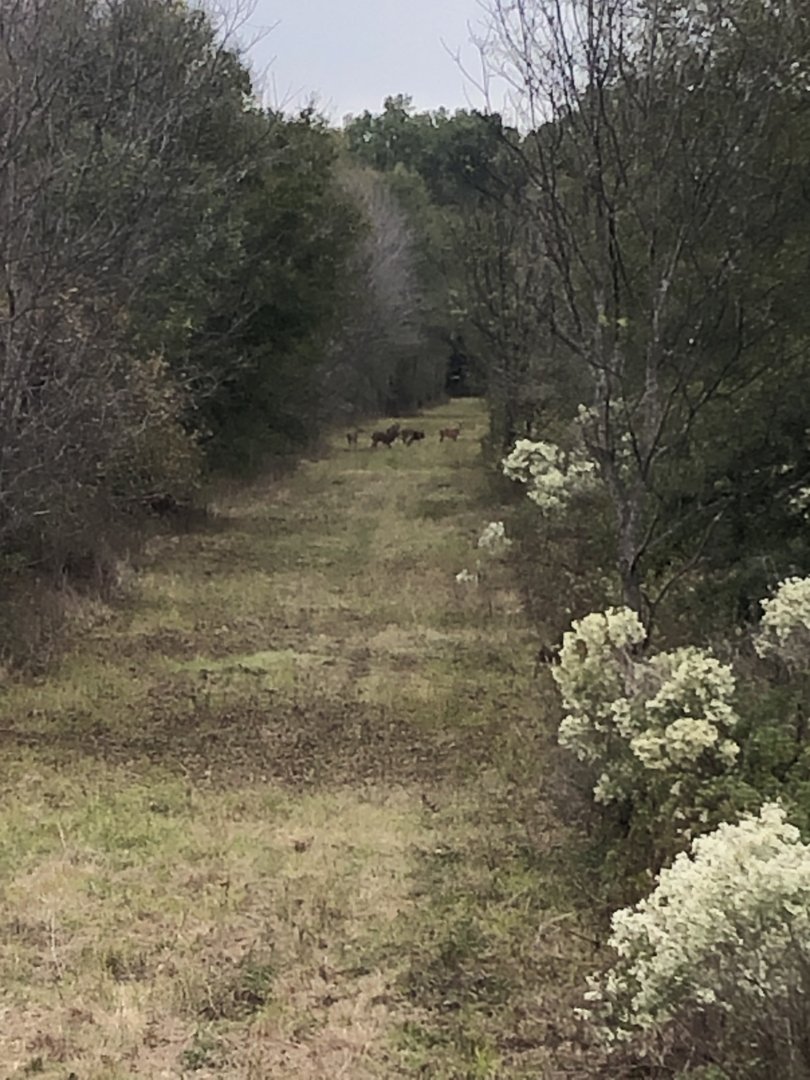 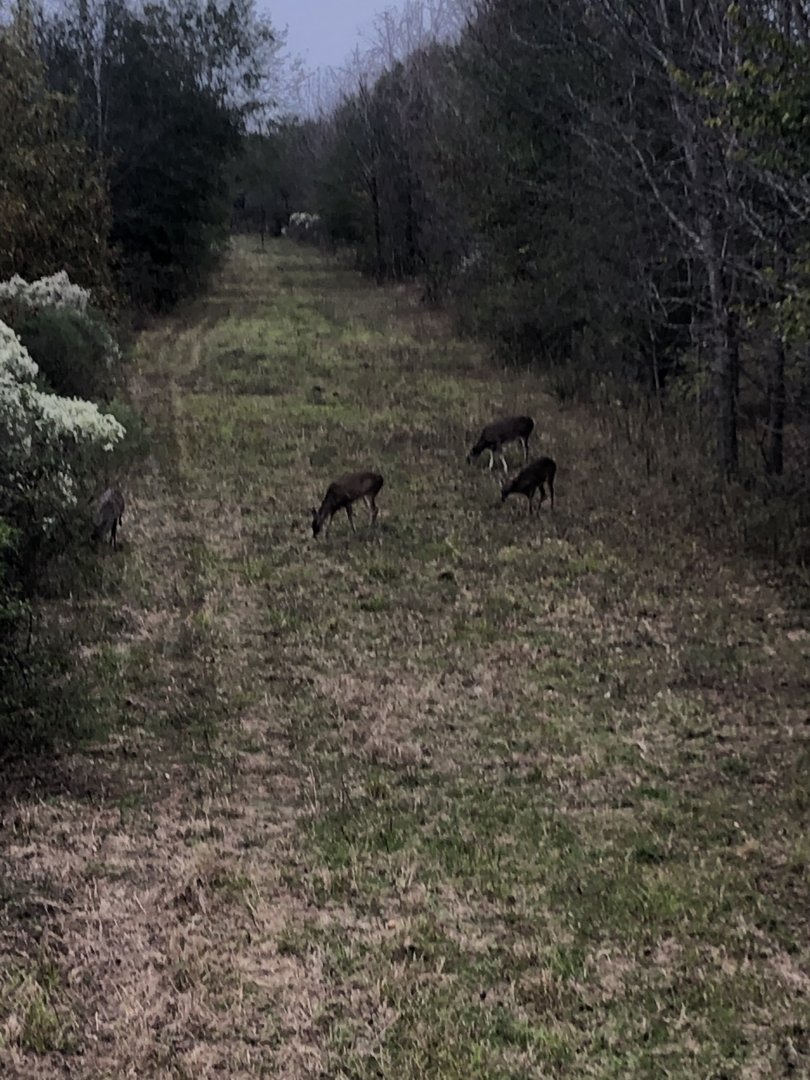