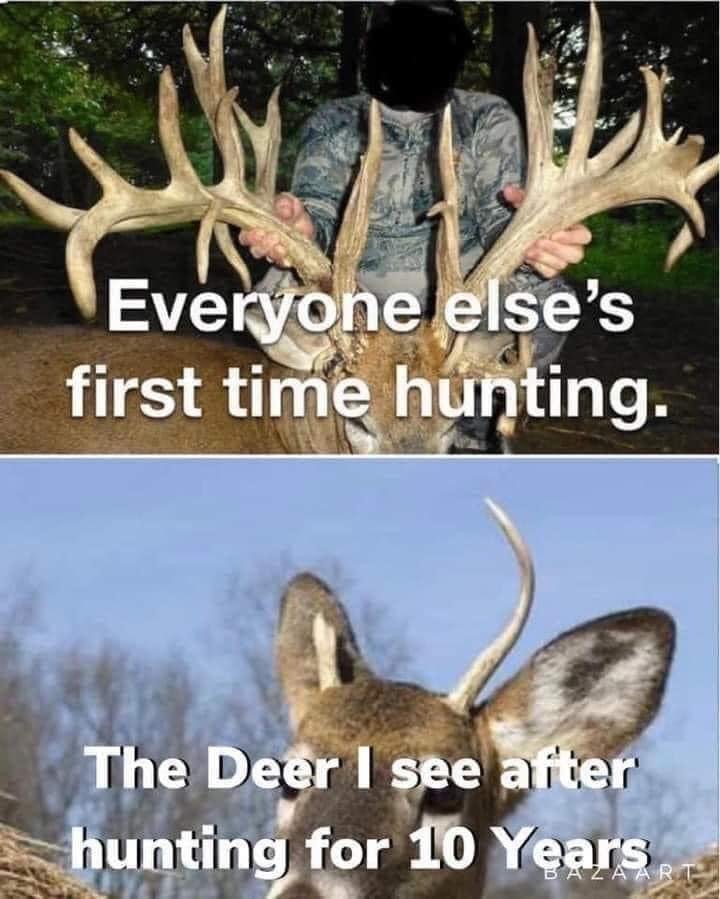 Reactions: finelyshedded, Big_Holla, Jackalope and 5 others

Covered up w people. I need to get my mind in killer public mode. If we don’t see deer this morning we making a move. I’ve been told by a friend that’s local on private that it’s slow. Damn heavy overcast yesterday and today. Weather is not great but we gonna try and get it done either way.
Reactions: finelyshedded, giles, Trueroots and 3 others

Hunter hunted the cut bean field yesterday evening. I elected to scout. Before dark I rode the truck around the border and seen some deer (does), it was good to see lol. I’m set up on a creek where I crossed it. Above me is a thick wooded draw and high grass crp going up to the top of the hill. Had a deer blowing at me (upwind). She must be smelling the shit I dropped off on the other side of the road. Nothing has gone right so far as I left my harness in the truck as Hunter dropped me off. Stand is not level and I’m on a leaning tree. I’m only 15’ off the ground. Let’s see what this morning brings

. Hunter is back on the bean field overlooking 5 scrapes. He is in his new saddle snd says he likes it….first hunt yesterday evening in it. Said he needs to get a platform cause the stick he’s using isn’t comfortable.
Reactions: Fletch and Sgt Fury

So I got a long distance blow job this morning before daybreak. Hunter had an encounter a decent 8 at 80 yards. He also jumped a doe and nice buck on the way out.
After he picked me up we talked and decided to check out more public land. The first one we went to was basically a bird CA. Not much for trees and had people w pointers and pretty orange vest on. We moved on. The next one we went had some good sign but needed to be a billy goat to go get in and out w bluffs falling off the ridges an easy 200-300’. I told hunter if we hunt here and the buck goes down I will just saw the antlers off and leave. For that reason we left for another one.
Next we hit Corp land next to the Missouri River. We walked half a mile to the levee and crossed it. Let’s just say the deer are there. All kinds of sign, trees to climb and we jumped several deer as we split up scouting. Hunter said he was almost run over by 3 deer, again w a doe and small buck that stopped 15 yards away. He was at full draw and let her pass saying she was only 140#. Several more deer was seen looking for trees to climb. We left and decided to rest up as the wind was howling over 20. We have a whole week of bow hunting to fill our tags. Then the rifle season starts. 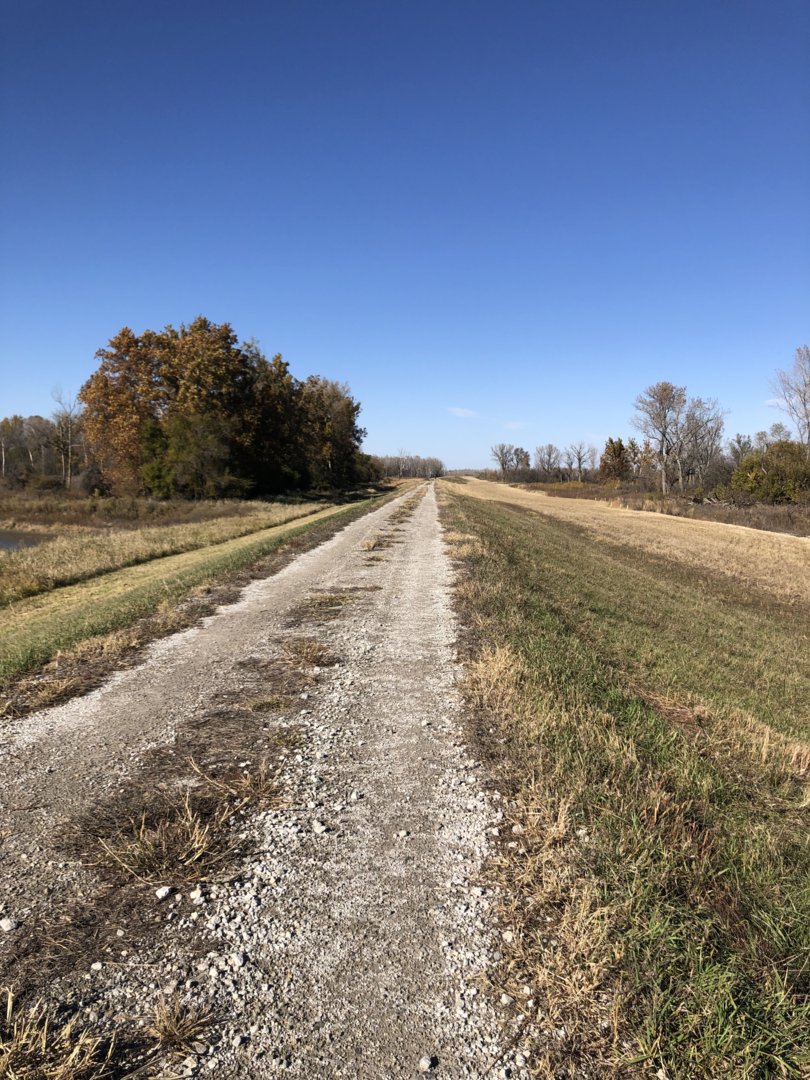 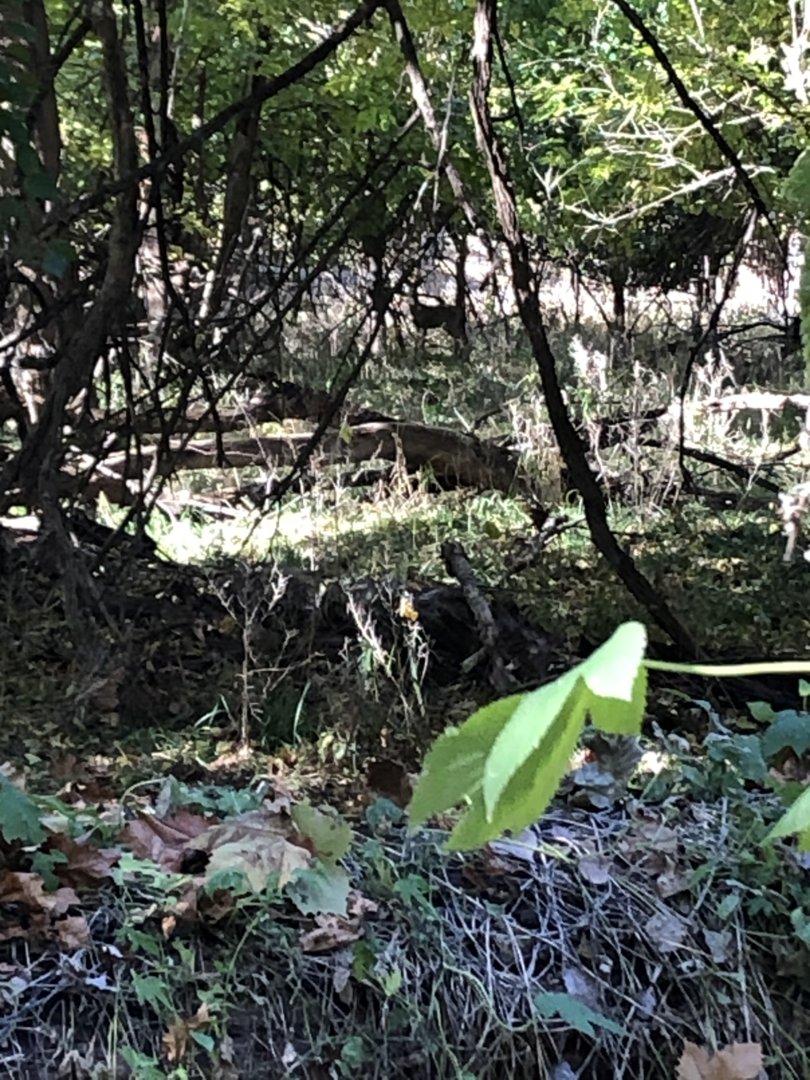 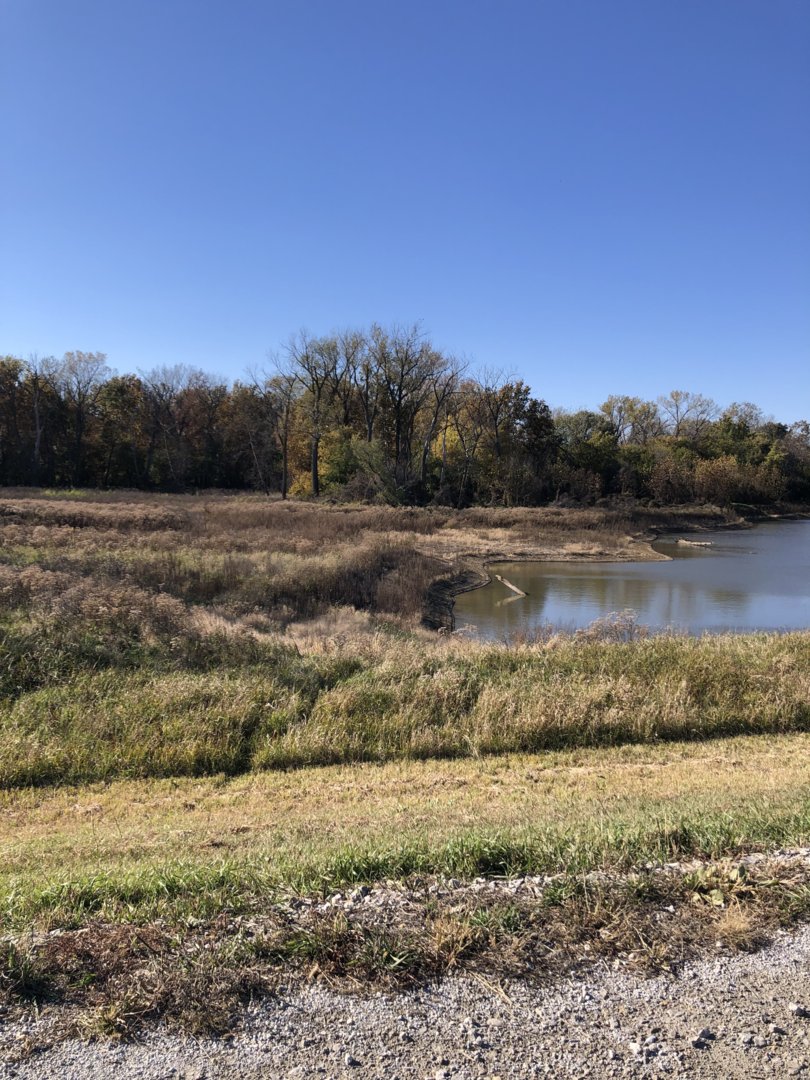 To no surprise Hunter has tagged out. Something about him that won’t let him fail. He will do whatever it takes to get it done and I’m very proud of him.
Yesterday morning was our first hunt on this new CA. We walked it the day before after walking two others and started jumping deer everywhere. Hunter almost got run over twice and could’ve killed while on the ground scouting w his bow. We picked a few trees out and didn’t hunt that evening.
Got in the stand early and took till sunrise snd we all started seeing deer. Layne passed on a 125” 8pt and soon after Hunter had a deer slipping up on him from down wind and wrong side of tree. He’s using a saddle now so he quickly got into position and realized it was a shooter and drew back and released. Happened so quick all he could say was idk it had 3 sticking up on one side. I made him wait two hours snd we all started tracking. Decent blood than started to open up and I could follow two trails of blood. I told Layne that there is two trails of blood and we will find him. Hunter was leading the way and stopped because the blood was not there. I looked to my right and 8 yards away there he laid. Took pics and we took turns dragging the cart 3/4 mile to the truck. 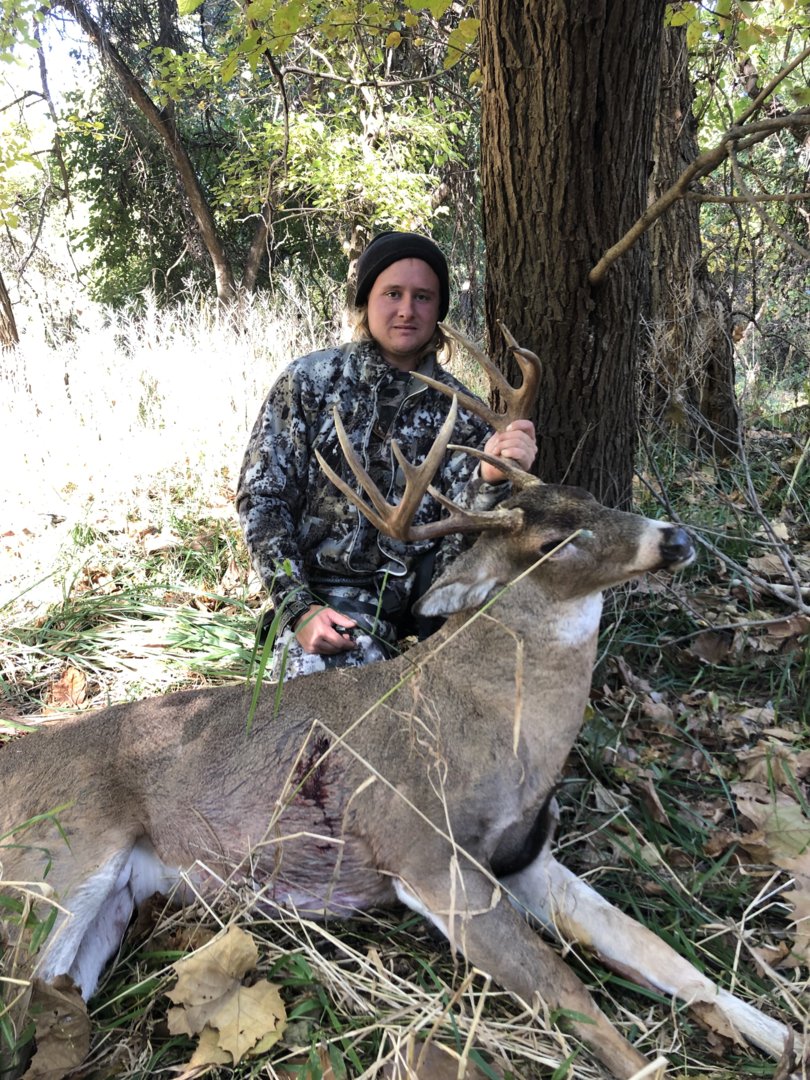 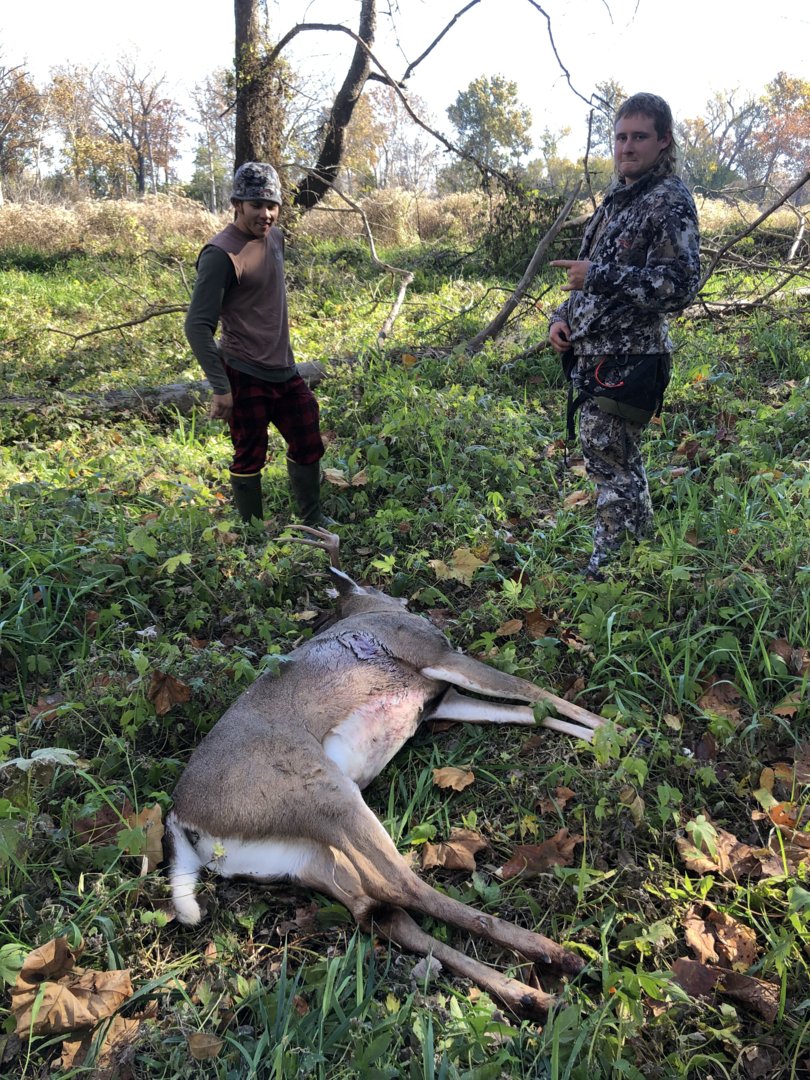 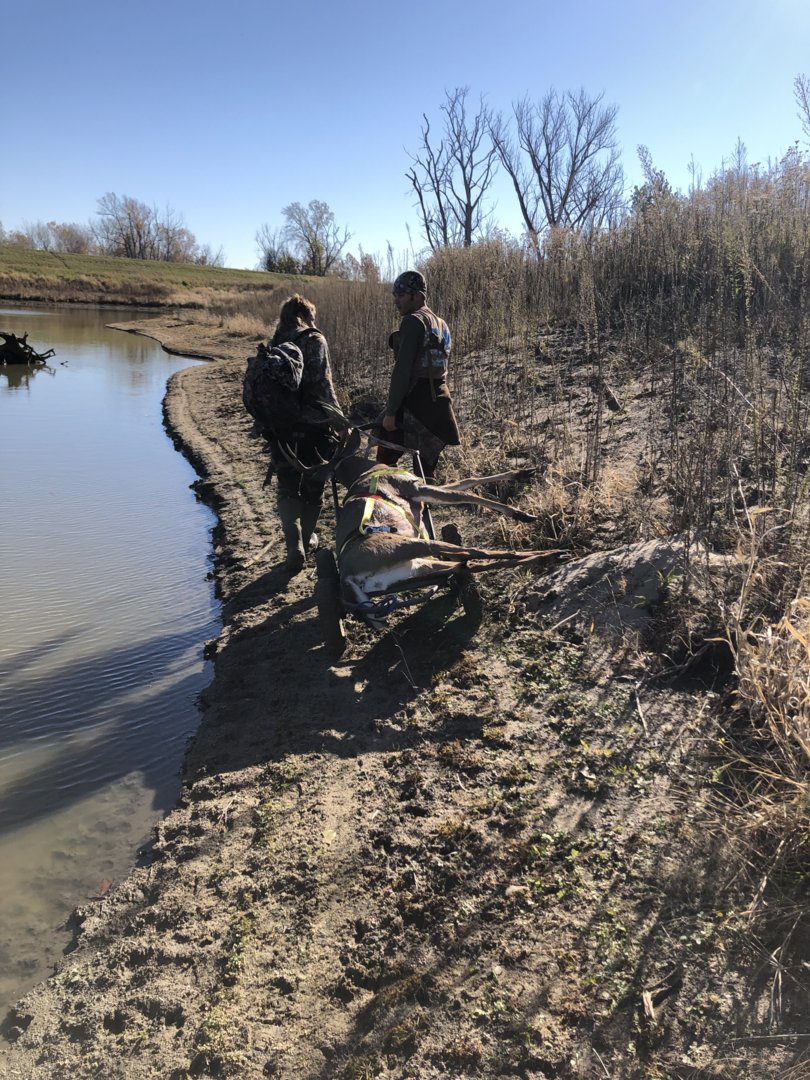 Cleaned him on the road where the truck was parked by a tree line and brought it to a local taxidermy to prep it for a mount and freeze the hide. That evening we got back in the stand seeing does and couple small bucks. Plan was not to shoot does in the evening for obvious reasons.
This morning I had some does running past me w nothing following. Of course Hunter has does on him and makes a fine shot and recovers and carted it out. Cleaned it and went to town to get supplies to cook some backstrap tonight. I moved trees where Hunter told me to go and currently Layne and my self are hunting all day. I will upload video tonight of the doe.
Reactions: xbowguy, NAC1989, brock ratcliff and 11 others

That dog can hunt! I’d go in whatever tree he told you to go!

Freaking animal he is!
Reactions: triple_duece

Only seen a small doe after seeing 5 this morning. Sat all morning till 11:30 and found a new tree and was in by 12:15. See that one small doe as mentioned above. For all you fuckers that can sit all day, my hats off to ya. FUCK THAT FOR A GOOD TIME! I may do it again but not soon. Weather has been shitty for Midwest movement, starting off in upper 40’s and warming up quick to the 60’s. Really has put a damper on movement. But, but…….I will be in a tree in the morning anyway, much better than work. Looking like I will be filling my two tags w does or any legal buck that shows up. It would be nice to kill a good bucks but my luck don’t run that good. Definitely not like Hunters. I tried to upload Hunters doe kill video but wants to load sideways. She went all of 40 yards.
On another note Hunter marinaded some backstrap and we cooked it on a black skillet an hour ago. It’s was real good and I was very hungry since I wasn’t planning on hunting all day. Had one bottle of water w me. 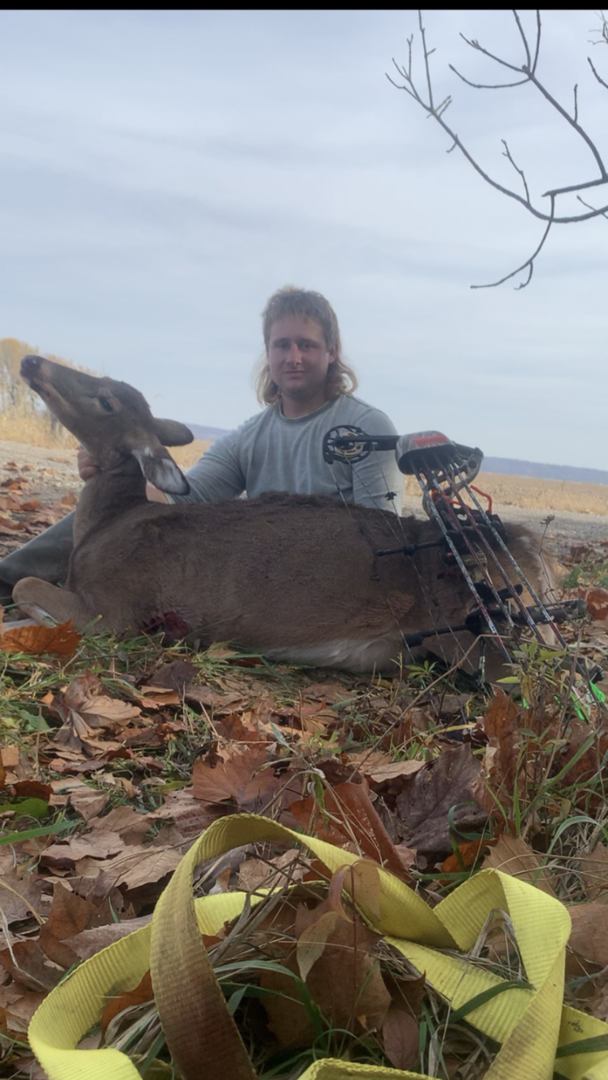 Man, Hunter is one well oiled lethal machine I tell ya! Congrats on his success once again!!
Reactions: triple_duece

Wildlife said:
Man, Hunter is one well oiled lethal machine I tell ya! Congrats on his success once again!!
Click to expand...

Must be the mullet

Awesome man. Glad to see you guys are getting it done. Now it's your turn.

Looks like you two are having a great trip
Hunter is a killer
Reactions: triple_duece

I intended on killing a doe this morning if a buck didn’t present himself. First deer I seen was a 4 pt. Next two were does and I got busted, setup isn’t right w my climber, need to bring in my lokon. Then 4 more does fed under 20 yards no shot. The 2 more, a few singles and 3-4 more off around 60-80 yards away. Deer haven’t been moving in the evening very well. The boys stayed in the woods and I came out to eat and rest for a couple hours then go back in. 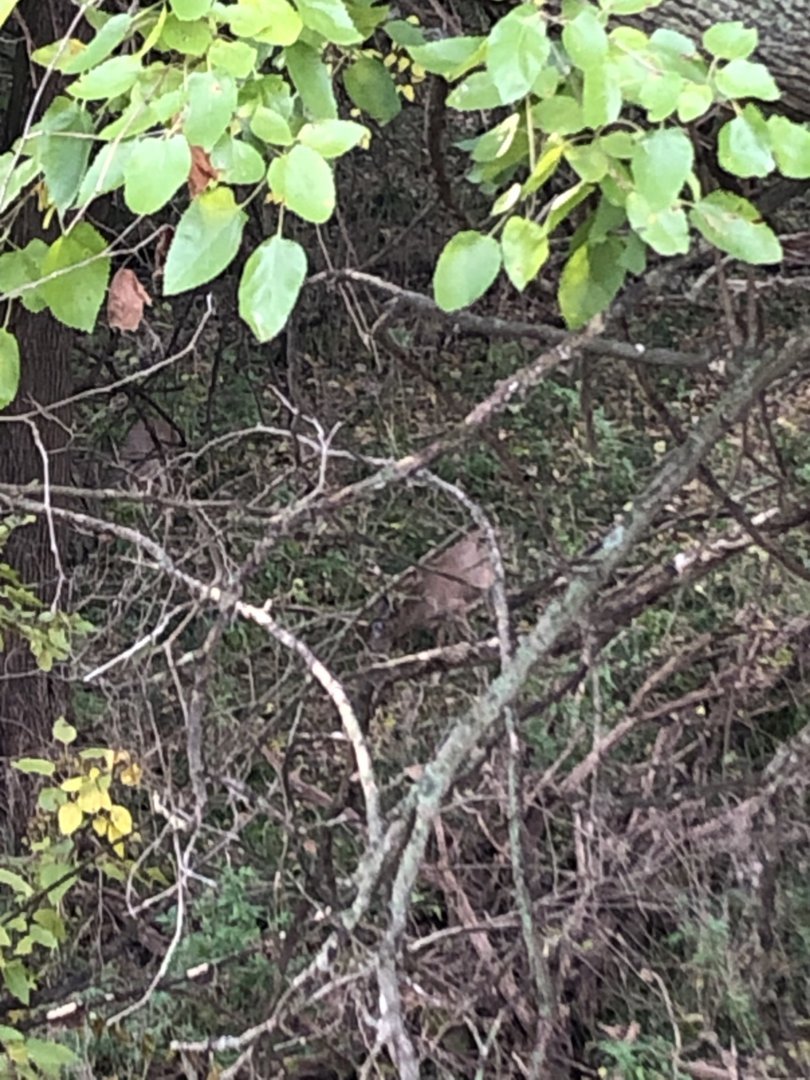