I should have been working this week, but things changed and I'm not. (Adam I'll fill ya in later)

So with the week off I'm doing projects I had planned for later on.

My fire pit had almost nine years of ash that was over flowing. I wanted to move it and do a complete new pit with fire brick and all, but for now this will have to do.

I dug all the old ash out and tried to sift some of it to add to the garden, but the sifting got old quick.

I ended up just shoveling the ash into five gallon buckets and dumping it in the weeds. Hard to believe but I got 26 buckets of ash out of there.

Once the ash removal was complete, I leveled out the dirt and threw down some brick for a hearth. I broomed in some of the sifted ash to fill the cracks and then got busy with the food.

The foil pack has Callaghan Potatoes in it (ask Huck if they are any good)
Cajun seasoned chicken breast and asperagus topped out the meal. 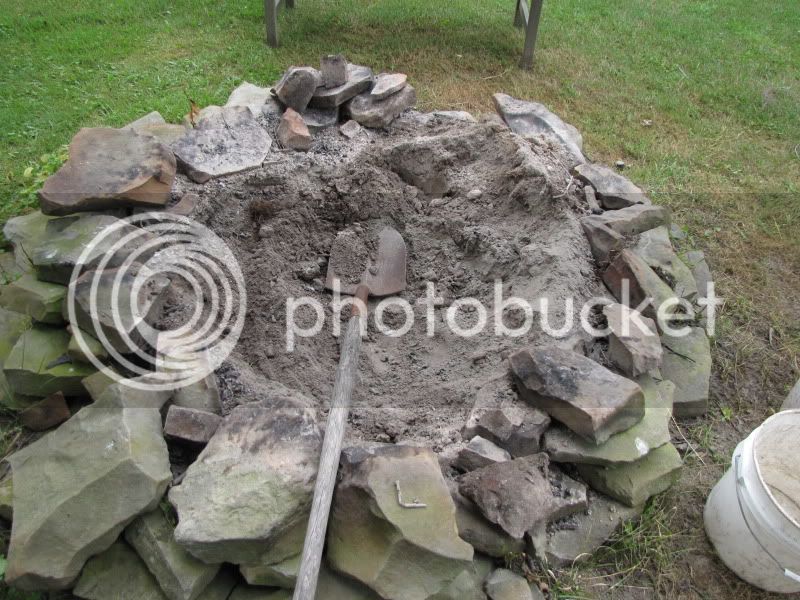 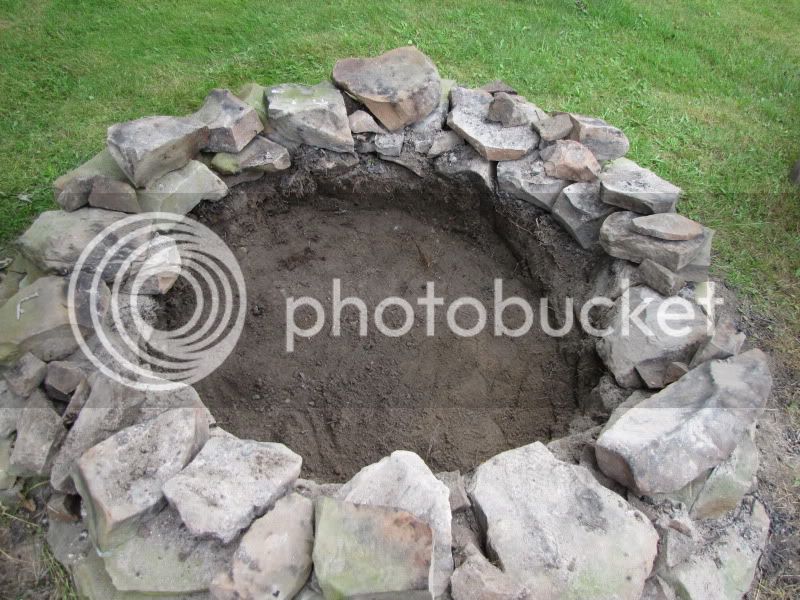 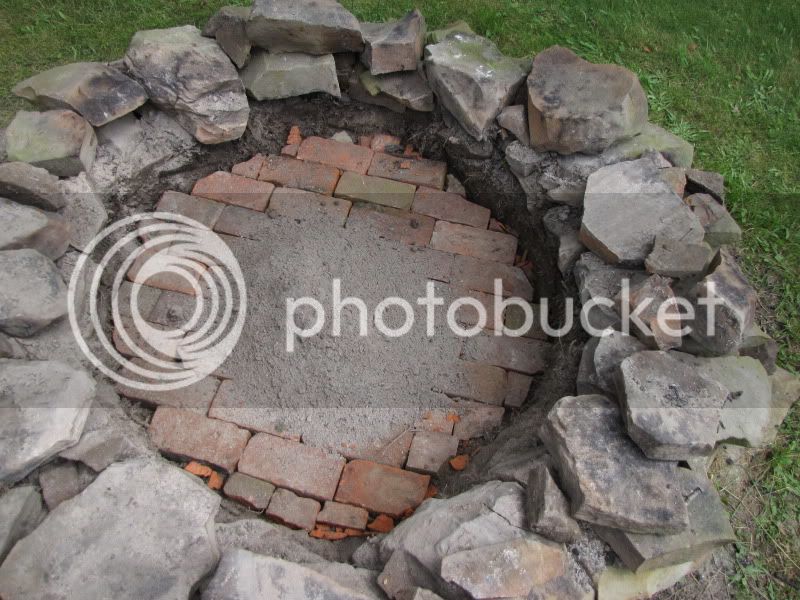 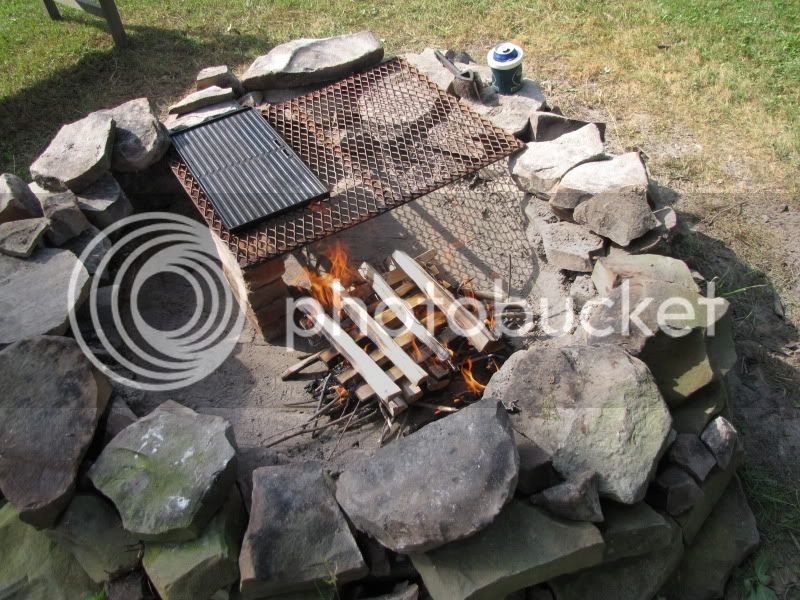 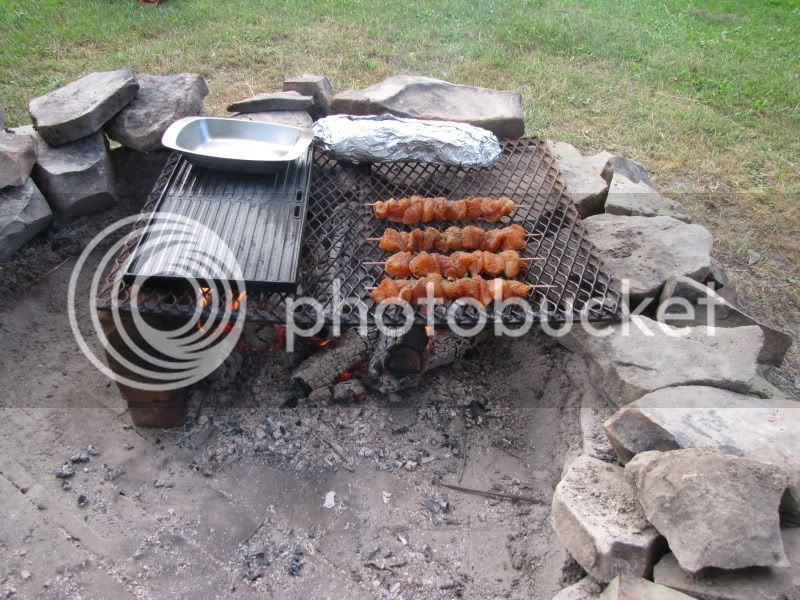 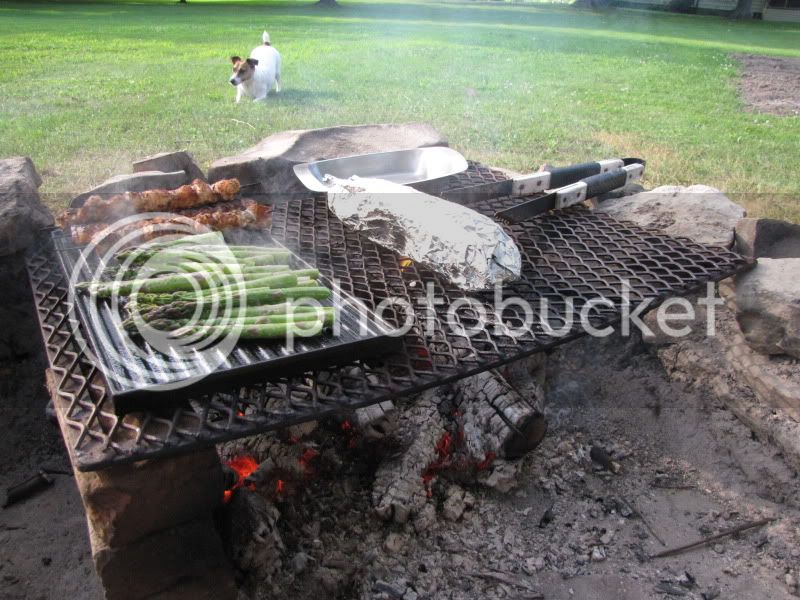 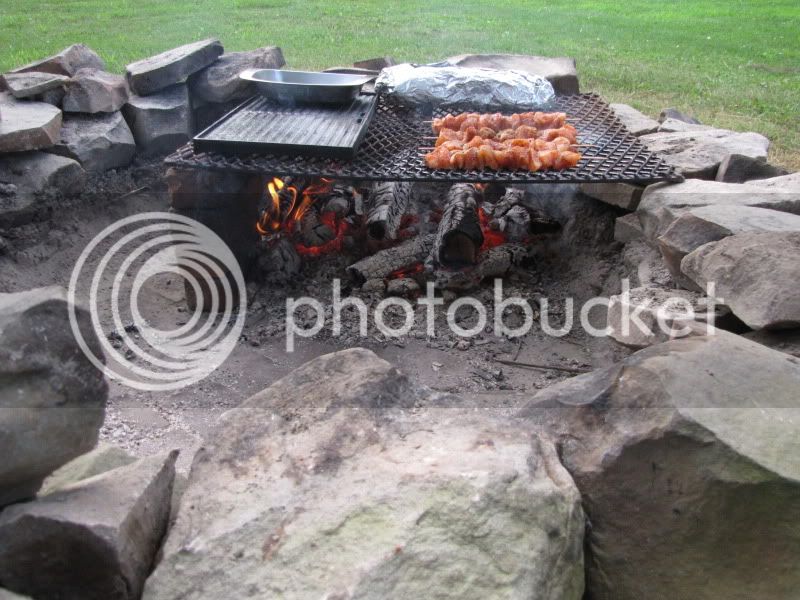 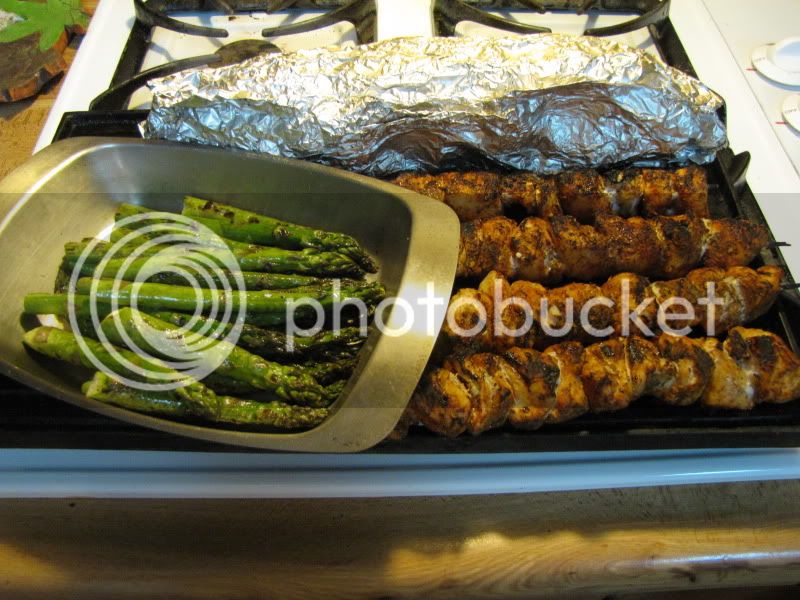 That looks awesome all around there buddy. Nice clean pit and some good eats.

I would have given up on sifting ash pretty quick too specially considering it was pretty windy out there today lol.

You need to get some dimensions and pics off Jesse for his cooking rack. That thing is SWEET.

The grill I have is definitely a sweet piece to have! Big shout out to my buddy for the hook up!!!

Dale, why do you always have to do shit like this??? Damnit that looks good! lmao

I was already hungry. This isn't helping Dale. Thanks for sharing. That thing is awesome!

Dale I got 3 wheelbarrows full out of my pit a couple of weekends ago.
Dumped in to my compost/waste catchall bin.
Adds up quick.

So when's the next cookout?

Damn it, I was fine till the Pict's of food came up!
Ya got me again.
I was gonna buy you a couple more years before digging it out by suggesting you just add another course or two of rocks but you did it right! Nice Job :smiley_clap:
Last edited: Jun 24, 2011

Looks damn good.....I asked for a iron skillet for fires and grilling for my fathers day gift, Guess I was a bad dad......try makin a pizza on the grill!!