For those of you that have been around for a while, seeing TOO rally around a special cause is nothing new. For our newer members, this is your chance to support a fantastic cause and for the first time ever, it'll result in the TOO logo appearing as a sponsorship. With the support of our membership, TheOhioOutdoors will be sponsoring a group of talented athletes in 2019. What kind of athletes you ask? A shooting sports team of course! Who you ask? The Central Ohio Anglers and Hunters Club Lead Slingers Steel Team. The Lead Slingers are instructed and mentored by our very @JOHNROHIO, among others. His son Levi is one of their standout talents and as they prepare for their 2019 season, the next generation of 2nd Amendment advocates could use our support!

Not only does Levi shoot competitively, he shoots A LOT! He participates in the Lead Slingers Steel Team and his solo career has him shooting in Steel Challenge, IDPA and USPSA events when he's not with the team. The Lead Slingers shoot Steel Challenge events, which are in essence, drag races with a gun! Last year, the Lead Slingers took gold in Intermediate Centerfire Pistol at State and gold in Centerfire Pistol and PCC at Nationals. For those of us that have been following along with Levi and his team, it has been a lot of fun to see how they've developed and how great a job they do of representing the 2nd Amendment in an era where doing so is taboo.

During a conversation with John last summer regarding the expenses required to support a team/individual participating in these events, Joe and I expressed interest in perhaps sponsoring the Lead Slingers in 2019. The team is operated off of grants, donations, and in large part, each parent's checking account. The Central Ohio Anglers and Hunters Club donates range time for the team to practice. Team shirts and entry fees are covered by sponsors and donations. When there is a little left over, they buy ammo. A typical entrance fee is $50/division with some kids shooting 2 and 3 divisions. Each division requires shooters to show up with 500 rounds of ammo and a typical week of practice can be 1,000-1,500 rounds. It doesn't take a CPA to see how fast the costs add up!

The time has come for us to anty up and so we turn to you, the membership, and say: Help us support one of our own and in the process, support the future of Ohio shooting sports. Our goal is to raise at minimum $250 for the team, which gets the TOO logo on their shooting shirts, which gets the TOO logo in front of shooting sports advocates throughout the state and hopefully, at Nationals! Anything raised above and beyond the $250 will be donated directly to Levi to offset the cost of ammo during his 2019 season.

If you would like to support the Levi and the Lead Slingers, please send your donation via PayPal to theohiooutdoors@gmail.com and note "Lead Slingers". We'll be accepting donations through Sunday. @JOHNROHIO has agreed to keep us up-to-date with the team as the season unfolds, so look forward to thsoe updates and seeing the TOO logo in action! 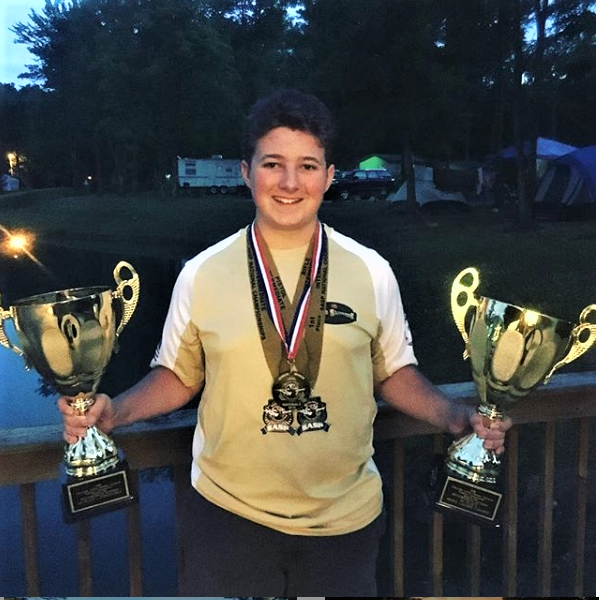 Done. Accidentally submitted it before changing to friends and family. My bad. It was through my bank though so it shouldn't have fees hopefully.
Likes: Quantum673, JOHNROHIO, Dustinb80 and 1 other person

Done. Let’s do this folks!
Likes: Quantum673, JOHNROHIO and bowhunter1023

Levi and I are very greatful for TOO’s willingness to contribute and support his team and solo endeavors.

If anyone has any questions feel free to ask. 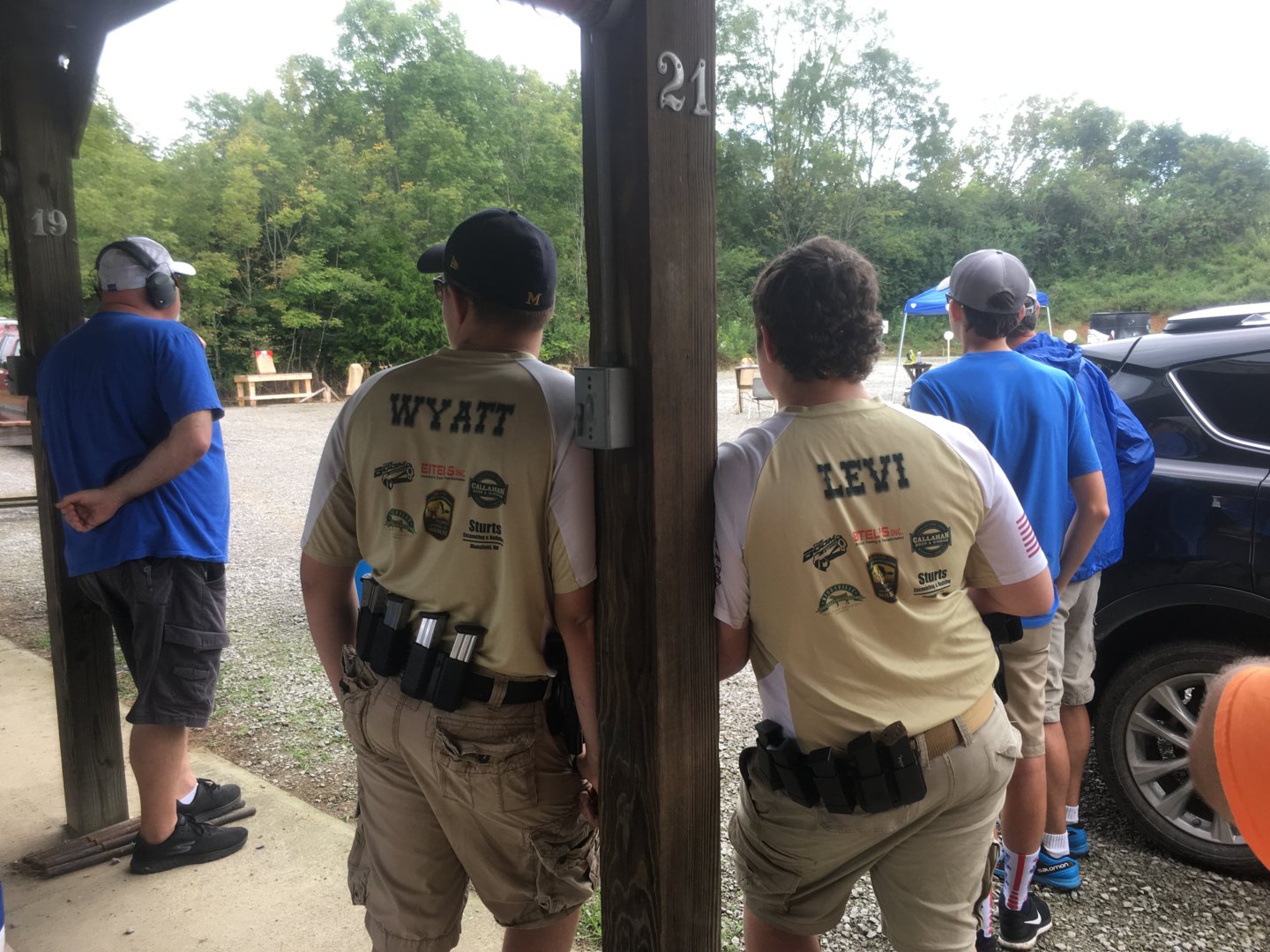 Here is a what the back of there jersey looked like last year.
Likes: RedCloud, 5Cent, Dustinb80 and 4 others

Cant help but support this. Money sent!
Likes: 5Cent, Dustinb80, Quantum673 and 2 others

Fantastic opportunity for a fantastic kid and sport. Shooting sports and the education that accompanys it is greatly needed in today's times. It makes me proud that we're afforded to opportunity to support Levi and the sport. I'll even throw in a case of his favorite hippy water next time we meet.
Likes: OhioWhiteTails, finelyshedded, bowhunter1023 and 5 others

Doesn't get any better than this. Keep kicking tail boys! Be proud John!
Likes: JOHNROHIO and finelyshedded

Shit! I forgot to add "Lead Slingers" to the note. My bad!! It's sent though.
Likes: JOHNROHIO and bowhunter1023

You guys are awesome!
Likes: bowhunter1023 and 5Cent

once again you guys have been awesome for helping to be one of our sponsors for the 2019 season.

The team had there first meeting of the year tonight. More or less an information meeting for new shooters to see who we are and what we are about. That being said we had 5 new kids show up and check us out, with a possible few more interested that Couldn’t make it, and the youngest being in 4th grade. One of our new shooters is an athlete that Levi and his traveling buddy have shot with/against in solo competition, he’s a great kid and competitor and our missing link we needed for our senior squad, that I think is going to be a force to reckon with😉

Once we get rolling In a couple weeks I’ll be sure to start a new post to keep some updates going for you guys on the team and Levi.
Qualifiers and matches for Levi will be starting up next month with the majority of team stuff other than weekly practice for the team will be a couple months out yet.
Last edited: Feb 20, 2019
Likes: Mike, giles, 5Cent and 4 others

What are we up to anyways? Let’s make a goal of some sort. $250 was the minimum...I don’t know anyone here that’s ok with just the minimum. Personally, I’d like to add a zero to that!
Likes: JOHNROHIO, Mike and MoonLab
You must log in or register to reply here.
Share: Facebook Twitter Google+ Reddit Pinterest Tumblr WhatsApp Email Link