Different life styles in those states may also be a factor

Jamie said:
plus, as of January 2021, most studies agree that at least 1/3 of Americans have natural immunity from surviving a Covid infection. likely more. so, at least 70-80% of us have a resistance, be that natural or manufactured, to this virus. it's over, but the government and fake news media continue to ride this horse. the most vulnerable among us are taken care of now and yet the push continues to force this vaccine on the least vulnerable of us, particularly children. the question of why is merely rhetorical now, isn't it?
Click to expand...

Well. There's an entire demographic of untapped profit out there. 24% of the population is under 18 year's old. 36% of the population is between the ages of 18-44. Who cares is they don't really need the shot. That's 50% of the US population. They can double their customers and profit if they force the vaccine on them instead of just the people who actually need it to prevent severe disease.
Last edited: May 31, 2021

Geezer II said:
Different life styles in those states may also be a factor
Click to expand...

There are tons of factors. People in FL are older and far more susceptible than those in Ohio. One would expect to see much higher rates in FL. By sheer population alone FL should've had 30% more. But the reality is, all of those sweeping mandates and restrictions had little to do with making an anctual impact. If they did then it's pretty much so statistically insignificant that it can't be seen in the data and we have to make up maybe scenarios and talk outliers.
Reactions: Big_Holla and Geezer II

Suspicious is when the same medical monopoly wants to charge you $10 each for Tylenol and pay you for the prick...

Reactions: finelyshedded, Jamie, Big_Holla and 4 others 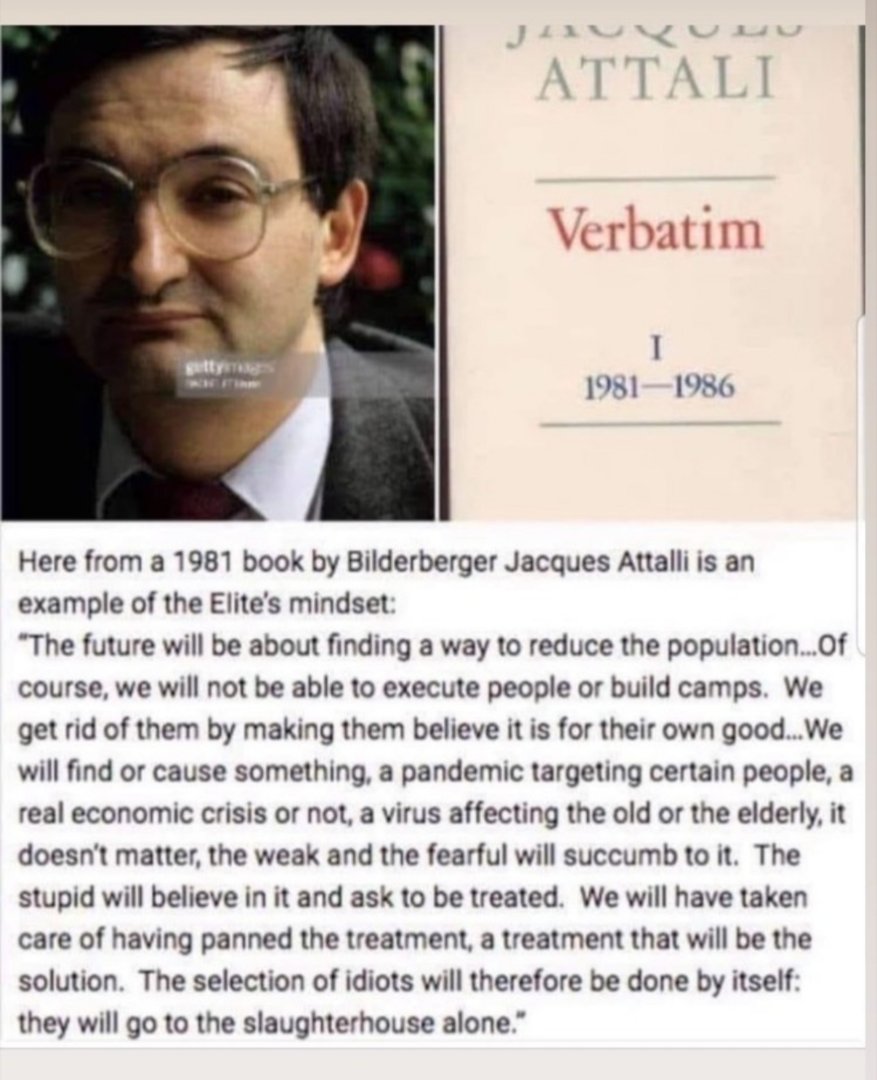 Reactions: hickslawns, Mike, Blan37 and 3 others 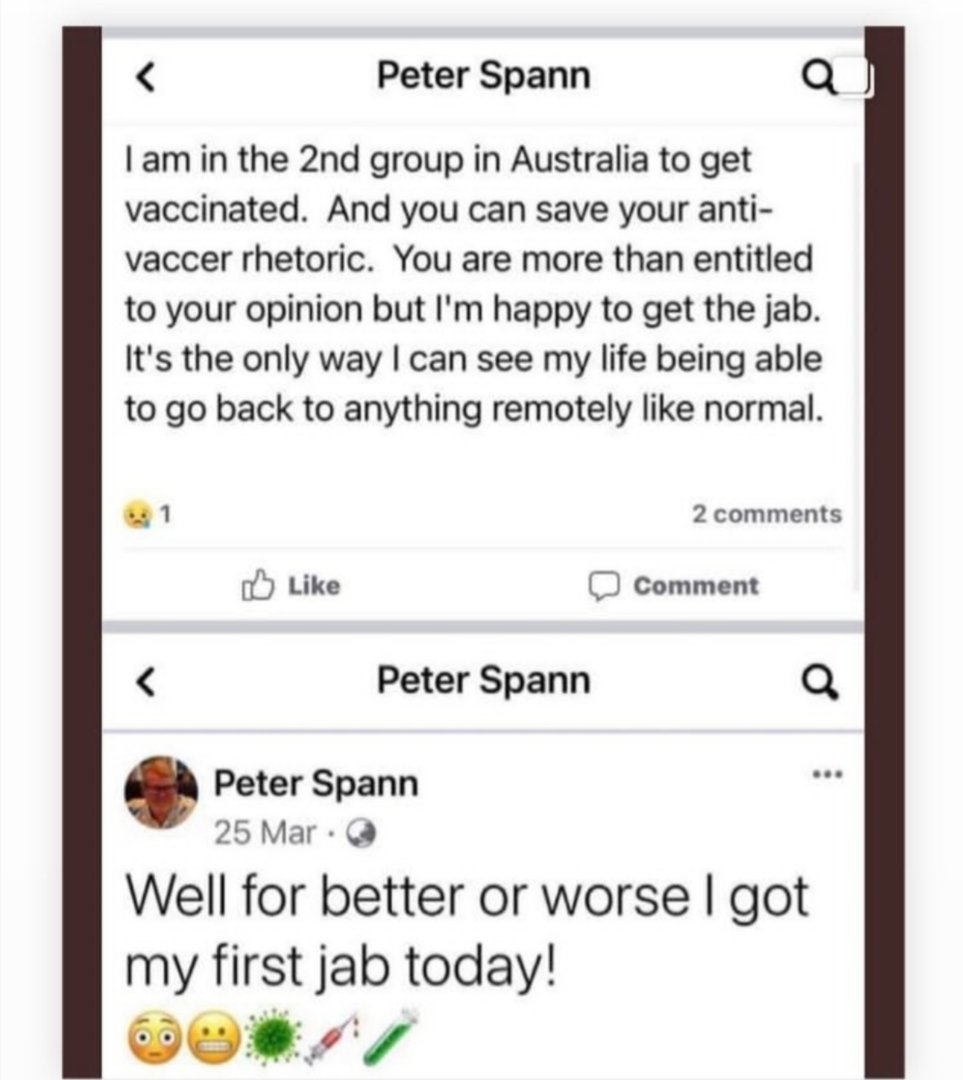 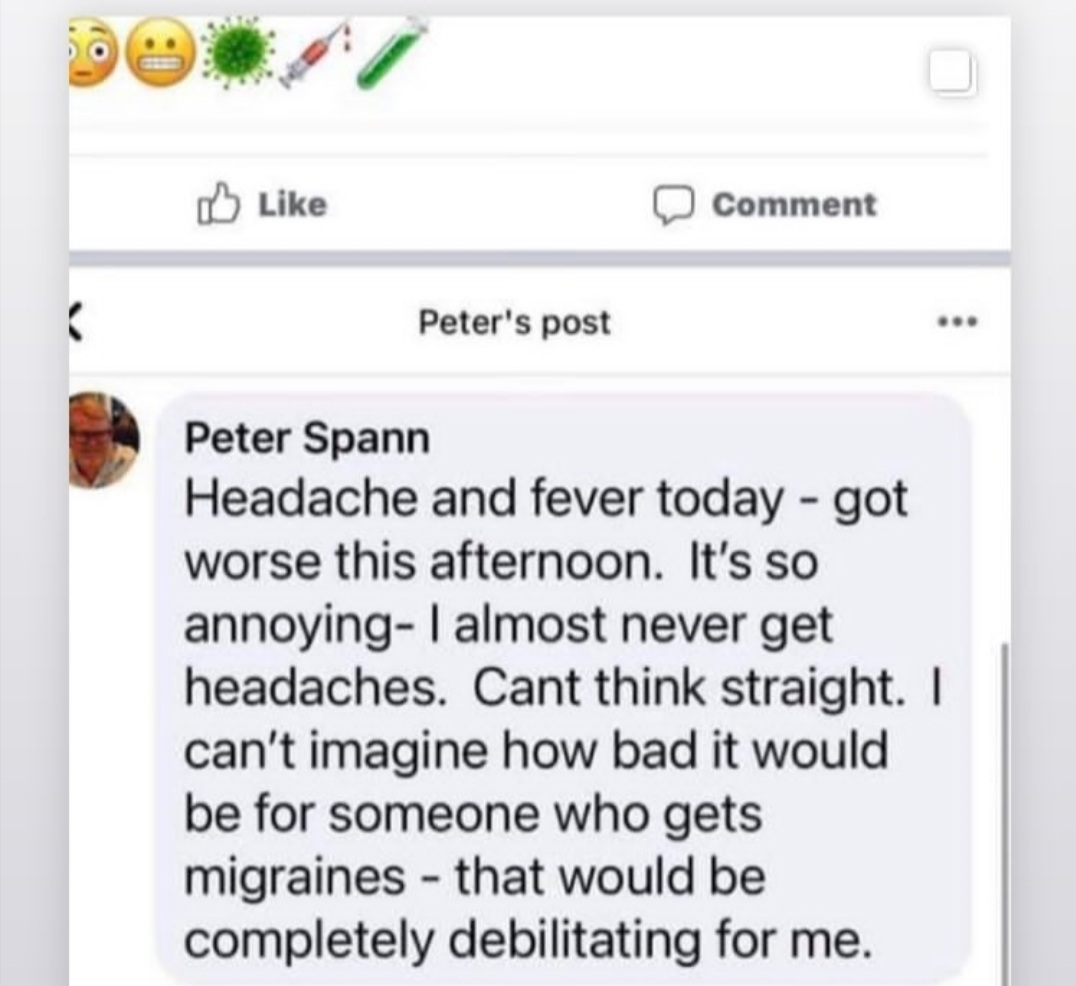 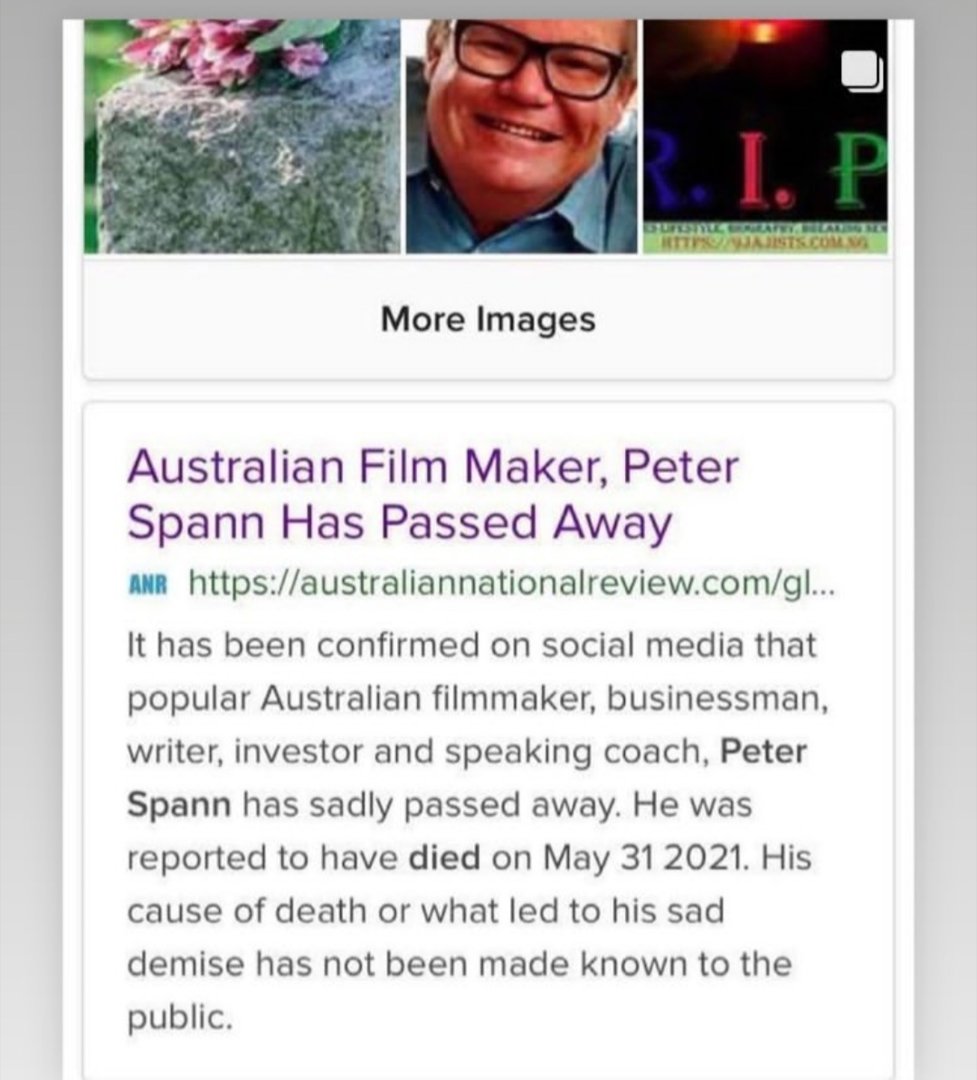 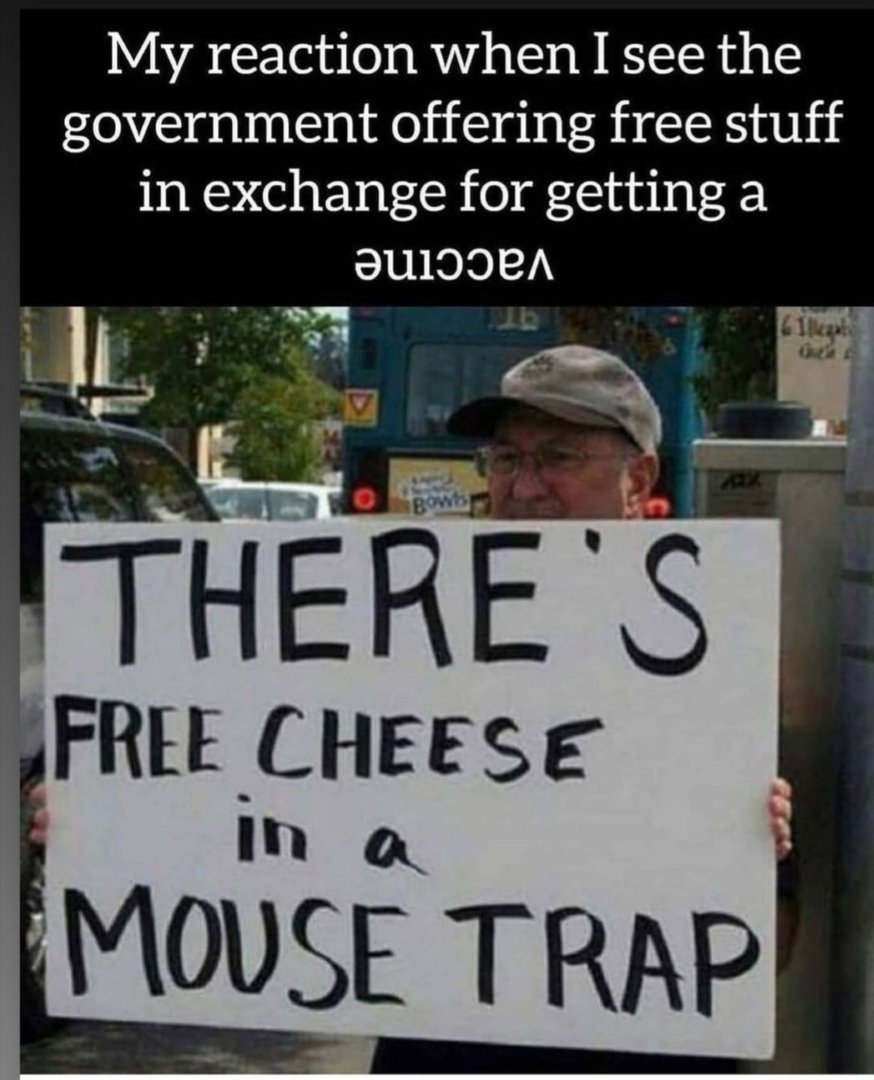 Reactions: bowhunter1023, OhioWhiteTails, Big_Holla and 2 others

First, I am not expecting anyone to read the following article, but IMO, this article should be apart of this thread as perhaps, some sort of historical near conclusion or reflection regarding the subject matter. Secondly, I'm happy to see that at least some news journalists are coming around and actually doing what they are supposed to do, which is to investigate the real story independently and without biases. I never believed for a moment in the original controlled narrative by our government or the MSM from the get go when this whole thing began and became public. Regardless, I suspect we'll never get to know the real truth behind it all, but the way I see it and have seen it for quite some time, if there's smoke, there will be fire.
______________________________________________________

Investigators were warned by U.S. officials to avoid opening "Pandora's box" by pursing the lab-leak theory. 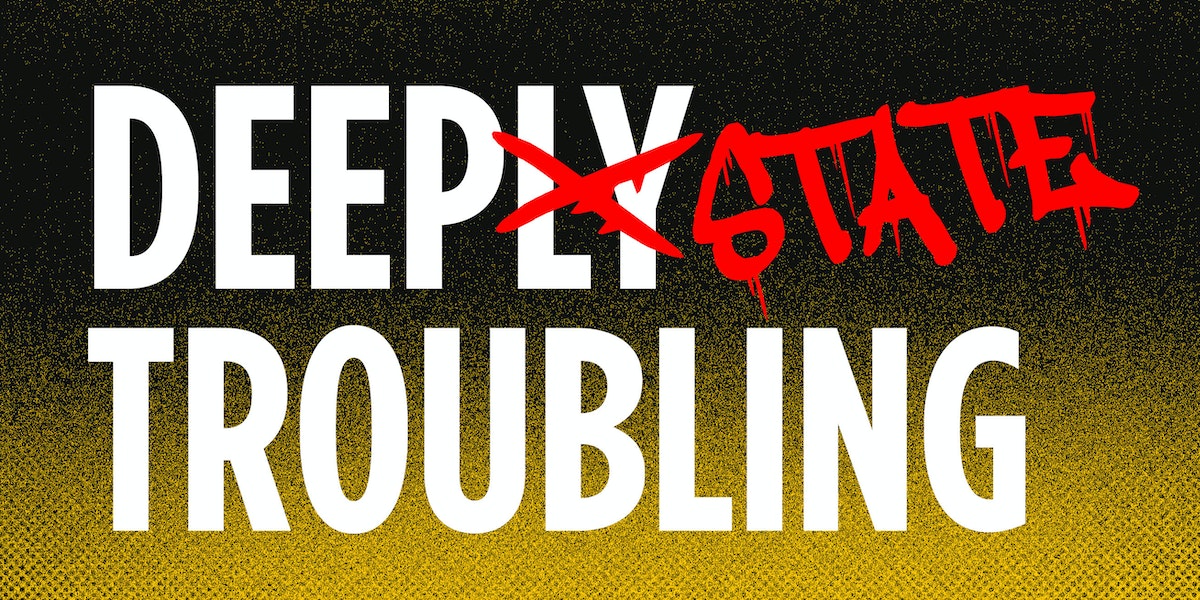 In a recently published article titled "The Lab-Leak Theory: Inside the Fight to Uncover COVID-19's Origins," investigative journalist Katherine Eban details how individuals within the U.S. State Department sought to suppress any notion of the coronavirus having originated in a lab in Wuhan, China. Needless to say, the evidence presented of an intentional cover-up by deep state actors (and a complicit Leftmedia) is both compelling and deeply troubling. This scandal exposes the reality that political considerations motivated individuals within the State Department to hide the facts from the American people.

Interviews with more than 40 people, and a review of hundreds of pages of U.S. government documents, including internal memos, meeting minutes, and email correspondence, found that conflicts of interest, stemming in part from large government grants supporting controversial virology research, hampered the U.S. investigation into COVID-19's origin at every step. In one State Department meeting, officials seeking to demand transparency from the Chinese government say they were explicitly told by colleagues not to explore the Wuhan Institute of Virology's gain-of-function research, because it would bring unwelcome attention to U.S. government funding of it.
Click to expand...

In her lengthly article, Eban, who is clearly on the Left and no fan of Donald Trump, found some significant information: "Thomas DiNanno, former acting assistant secretary of the State Department's Bureau of Arms Control, Verification, and Compliance, wrote that staff from two bureaus, his own and the Bureau of International Security and Nonproliferation, 'warned' leaders within his bureau 'not to pursue an investigation into the origin of COVID-19' because it would 'open a can of worms' if it continued."

And what was this "can of worms"? The answer appears to be the fact that the U.S. government was involved in funding "gain-of-function" research, with some of this funding just happening to go to the Wuhan Institute of Virology. Eban observes, "To one former federal health official, the situation boiled down to this: An institute 'funded by American dollars is trying to teach a bat virus to infect human cells, then there is a virus' in the same city as that lab. It is 'not being intellectually honest not to consider the hypothesis' of a lab escape."

DiNanno asserted that the warnings against digging in the wrong places "smelled like a cover-up" and he "wasn't going to be a part of it." Well, if it smells like cover-up, then it probably is a cover-up. Tellingly, one of the U.S. officials advising the team investigating the COVID-19 origin back in early 2020 was the director of the State Department's Biological Policy Staff in the Bureau of International Security and Nonproliferation, Christopher Park, and he told them "not to say anything that would point to the U.S. government's own role in gain-of-function research." And Park's motive? Back in 2017, he "had been involved in lifting a U.S. government moratorium on funding for gain-of-function research."

Former Secretary of State Mike Pompeo, who back in April of 2020 pointed to "a significant amount of evidence that [COVID-19] came from that laboratory in Wuhan," appeared to confirm Eban's investigation. "[NIH] folks were trying to suppress what we were doing at the State Department as well," he stated Thursday. Furthermore, Pompeo eyed Dr. Anthony Fauci's role, contending, "To hear Fauci this morning talk about how the Chinese have an interest in us discovering what happened is just crazy talk. The Chinese have a deep interest in covering it up. They have done so pretty darn effectively." Moreover, Fauci voiced "the exact same theories that the Chinese Communist Party has presented for over a year now," Pompeo continued. "He implies good faith for the Chinese Communist Party: We are on the 32nd anniversary of the Tiananmen Square [incident]. For Dr. Fauci to go out and think the CCP cared that there were people in Wuhan who were dying ... is just naive beyond all possible imagination."

Actually, as Pompeo well knows, it's not naivety at all but rather Fauci's calculated decision to cover up his possible involvement in helping to fund gain-of-function research at the Wuhan lab that almost certainly unleashed a global pandemic responsible for the deaths of millions.
Reactions: brock ratcliff, Big_Holla and Jackalope

Hey.. Remember when the U.S. Surgeon general blatantly lied to the American people and put their lives in danger... I do.


Jackalope said:
Right out of the mouth of babes. If this doesn't confirm that they are purposefully misleading the public to shore up personal supplies nothing will.Somehow masks are completely worthless to the public in protecting them against a potential a sick person; but magically they are critical in protecting healthcare workers who are in direct contact. So because the healthcare industry and our government failed to adequately prepare they think you and you family must suffer for the greater good. The troubling Thing is how they're willing to mislead you and put your health at risk to mitigate their failures.

Was at the Cleveland Clinic Cole Eye Center for eye jnjections today for MD - everyone had to were masks - valet parking guys doctors, staff, patients screened and temp taken - one visitor allowed - same for them - treatment rooms cleaned after each paitent - hmmmm -
Reactions: Big_Holla
G

My wife, along with her colleagues that thinking freely, are now being "labeled" by their employer. If you are vaccinated, no mask and you get a pretty sticker for your ID badge. Not vaccinated? You must we're a mask at all times and you don't get a sticker. It's ironic that in the age of "inclusion", we are constantly isolating portions of our population and shaming them.
Reactions: Sgt Fury, Big_Holla, Jackalope and 1 other person
G

bowhunter1023 said:
My wife, along with her colleagues that thinking freely, are now being "labeled" by their employer. If you are vaccinated, no mask and you get a pretty sticker for your ID badge. Not vaccinated? You must we're a mask at all times and you don't get a sticker. It's ironic that in the age of "inclusion", we are constantly isolating portions of our population and shaming them.
Click to expand...

What do you mean by "thinking freely" - - the badge sticker thingy
is pretty juvenile - lol - i don't know what the answer to this in a medical setting is - clinic guys I go to are on the cutting edge of medicine - rated in the top 5 - don't know if its a clinic mandate or what - sorry that Tracie is put in that situation prolly going to see more of this in schools and business - dang
Last edited: Jun 4, 2021

I think all this mask wearing and lingering hysteria would make sense if it were actually doing anyone any good. knowing all that we now know about this virus, how NOT lethal it is and the science and data to back it up, it's safe to say that this is nothing but theater and virtue signaling now; perpetuation of a big lie. anyone who goes around wearing a mask now that is not truly immunocompromised or otherwise at higher than normal risk, whether vaccinated or not, is just completely given themselves over to the lies. fear driven brainwashing to the Nth degree.
Reactions: Boarhead 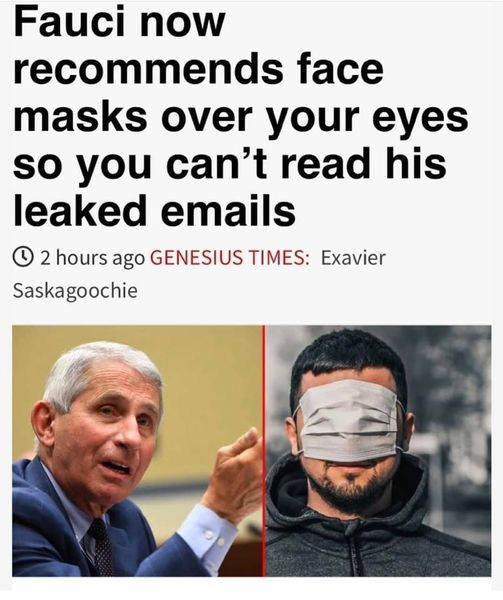