Prayers for Jon, the randomness of how this affects people differently still shocks me.
Reactions: Big_Holla, giles, GoetsTalon and 3 others

Jon said he got better overnight
Reactions: Big_Holla, Sgt Fury, finelyshedded and 10 others

Good too hear. SIL had the infusion, it got a lot worse before it got better.
Reactions: giles

First thing I checked upon waking up. Great news to start the day!
Reactions: Dustinb80

J said:
Good too hear. SIL had the infusion, it got a lot worse before it got better.
Click to expand...

Same with my buddy Josh. The 24 hour turn and the super slow recovery started after that.
Reactions: Big_Holla, "J", Mike and 1 other person

First emotion was anger. Then fear for him. Then fear for me. Then doubt (is my approach to this Plandemic correct?) Then anger again because I'm powerless to rain retribution down on all the assholes failing us thru this crisis. Then relief upon hearing about improvement. And as the day goes on and I think about him again, I'll go thru the whole cycle again. Many times.

And this week we'll bury one of the friends I met at Ben's deer camp, who had other conditions, but caught Covid while in the hospital and died from it.

And now they're talking about a new wildly contagious variant from Africa.

And that's the point.
Reactions: Big_Holla, Stressless, Sgt Fury and 6 others

First emotion was anger. Then fear for him. Then fear for me. Then doubt (is my approach to this Plandemic correct?) Then anger again because I'm powerless to rain retribution down on all the assholes failing us thru this crisis. Then relief upon hearing about improvement. And as the day goes on and I think about him again, I'll go thru the whole cycle again. Many times.

And this week we'll bury one of the friends I met at Ben's deer camp, who had other conditions, but caught Covid while in the hospital and died from it.

And now they're talking about a new wildly contagious variant from Africa.

It's crazy. These leaky vaccines are about the worst thing we could have done. It's been known for a long time in animal vaccinations that vaccines which do not prevent transmission and only cover up symptoms lead to more transmissible and deadly strains. Strains that would have killed their host because they were really deadly, but were allowed to survive in vaccinated animals and be passed on to others. This leads to deadlier variants being passed to the unvaccinated instead of burning themselves out. So what you eventually end up with a variants that makes the vaccinated sicker and sicker but is a death sentence for an unvaccinated animal. The result is they constantly have to keep vaccinating these chickens or they will be dead within days.

The author of the study that discovered this said he feared the study would be misconstrued and lead to a bunch of deaths because people wouldn't get vaccinated and the vaccinations, while leaky, are the best we have. He went on to say how the study of the disease in chickens was not the same as covid because we know that vaccinated people are far less likely to transmit it than the unvaccinated.

A month after that it came out we find out that the vaccinated are about 25% likely to infect a family member in the same household and the unvaccinated were about 38% likely. No major difference when we talk about the impact of leaky vaccines.

The scientific principal behind his study still stands and is damn near exactly what were seeing today. Our future will be that eventually we'll all need to get vaccinated and keep getting vaccinated or face almost certain death due to leaky vaccines. 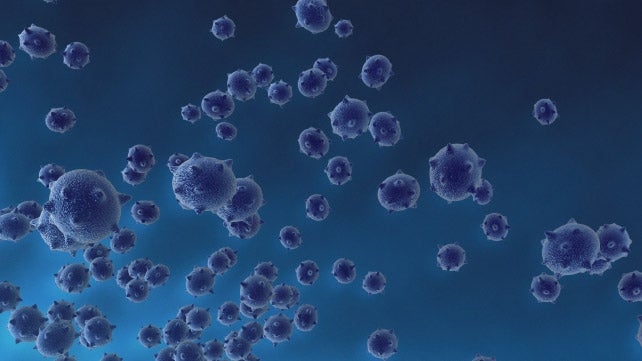 By studying chickens, researchers say they have proven the theory that more virulent viruses can evolve from so-called “leaky” vaccines. 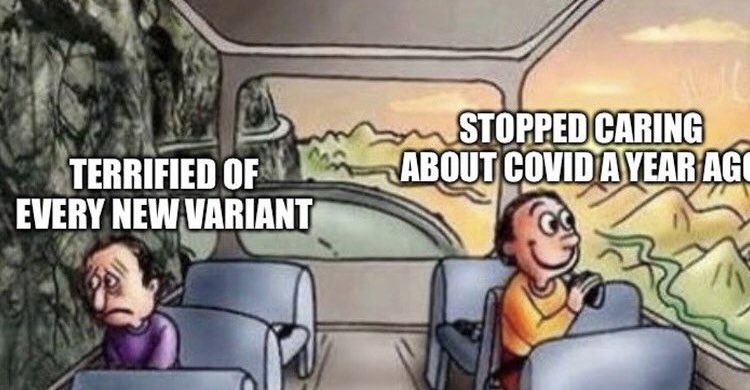 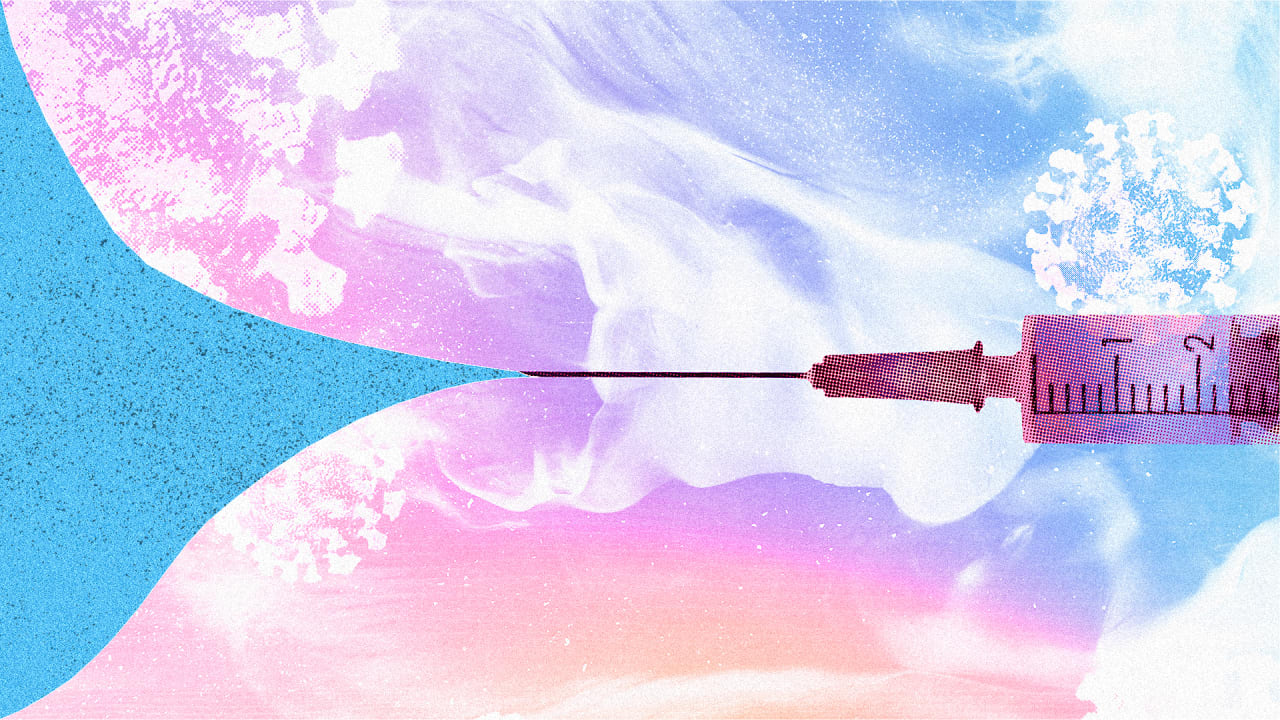 A study on chicken viruses found that vaccines lead to more deadly variants. Some are using that to argue against COVID-19 vaccines, but that’s a grave misinterpretation of the research.

Another viewpoint on the chicken virus. Hard to know the truth - dang
Last edited: Nov 27, 2021

A study on chicken viruses found that vaccines lead to more deadly variants. Some are using that to argue against COVID-19 vaccines, but that’s a grave misinterpretation of the research.

That's a whole lot of words that say nothing of any factual evidence and serves no other purpose but to murky the waters. The reality is leaky vaccines, can and do, cause dangerous results with viruses. We have scientific proof of this, follow the science right, anything less regarding how covid "may" rect is speculation. Speculation that has time and time again over the past two years turned out to be complete bullcrap. "If you get the shot you won't get covid" Joe Biden. Remember that. Or "please stop buying masks they offer no protection" - US surgeon General. That's a good one too. All mouthpiece BS that Science later proved to be false. We have real science that proves leaky vaccines are dangerous and will result in consequences.

The individual who did the study and discovered the dangers of leaky vaccines with the chickens and later did Inerviews saying not to misconstrue it, was only able to offer a single reason why it wasn't going to be a serious problem with covid vaccines, and that was because it drastically lowered transmission rates. In other words it was "less leaky" since then we now know that to be completely false. His only reason not to worry about a leaky covid vaccine has been shown to be false. The vaccine only reduces transmission risk to 25% chance from a 38% chance of infecting a household member. That is not enough to stem the consequences of a leaky vaccine like he was touting.
Reactions: Geezer II, Mike and giles

I have also wondered why the governments of the world were pushing so hard to vaccinate every man woman and child. Even children who have virtually zero chance of having an issue with covid. The whole world domination thing didn't make sense to me. Massive big pharma profits didn't make sense to me. What could get all of these world governments on the same page and cause them to want to vaccinate a group of people that have little risks from covid. The Only thing that makes sense is if you apply what we know about leaky vaccines. They know that vaccinating the at risk group could eventually result in far deadlier strains that put the unvaccinated groups at risk. Strains that may make the vaccinated people somewhat sick but will have a almost guaranteed death rate for the unvaccinated. Strains that will undoubtedly be worse than the original strain. So their choice was vaccinate everyone and keep vaccinating them, or let most of the elderly peoppe and people with conditions die off.
Reactions: Geezer II

And that thought is scary

giles said:
And that thought is scary
Click to expand...

Unfortunatly it is the only real thing that makes sense of why they're pushing it so hard. Why vacinate kids that have almost zero risk? Their excuse is because they can spread it too. But if the at risk people are vaccinated who gives a shit if they can spread it too, so can the vaccinated. Vaccinated people only have about. 35% less likely chance of spreading it. That's better, but not enough to amount to bo diddly in the scope of things. Three exposures of a vaccinated sick person to someone else and that 35% reduction is invalidated. They aren't trying to prevent the vaccinated sick person from coming in contact with 3 people and transmitting it. In fact most countries are giving added liberties to people who are vaccinated. So why the push to vaccinate the not at risk then? The only thing that makes sense is they know eventually the vaccinated will be able to carry and transmit a far deadlier variant that would undoubtedly kill the unvaccinated. A variant that will impact kids. A variant that without the vaccine would have made them very sick very quickly, killed them, and as such prevented further spread by burning itself out like SARS or MERS did. But if everyone is vaccinated that far deadlier variant is just like the flu to them. The problem is they will constantly have to stay ahead of it and scramble to make new formulas and get people to take it. Much like they're doing at this very moment.

The only other option was to let the virus do its thing and kill off a bunch of at risk people Everyone remaining would likely have minimal symptoms and a natural immune response. However a large number of those over 65 would be gone, pretty much everyone over 80, and a large number of those that had what was traditionally a manageable health condition like high blood pressure, obesity, diabetes and respiratory disorders.

Now more than ever it is completely clear to me, world governments are scrambling and grasping at straws. The best they can do is lead the world down a path to socially conditioning them to rely on a lifetime of booster shots if they want to live. They can't outright say that though. Imagine if they came out and said. We need everyone to get this shot every 6 months forever or a bunch of people will die. I have a feeling everyone in the minimal risk group, which is the majority of everyone, would say FU.
Last edited: Nov 27, 2021
Reactions: Geezer II, Mike, giles and 1 other person

If this is true, let's get it over with. If this is true, I hope people have accepted Jesus as their savior. My interpretation of what you just typed, we will never get ahead of it. Not knocking what you said. It just sounds extremely dark without much hope. World leaders are now trying to play God. I don't see that working out.
Reactions: Mike, giles, Clay Showalter and 1 other person
You must log in or register to reply here.
Share:
Facebook Twitter Reddit Pinterest Tumblr WhatsApp Email Share Link