This morning started out with gobbling everywhere, but they were all at least 100 yards away. As it got light I realized I had set up right under 4 hens. They were getting pretty fired up, so I was thought they might bring the toms my way. Unfortunatley they flew down and went the wrong way straight to the neighbors. I had a group of 5 jakes come in and that was all. I decided to go to another farm that always has a lot of birds. I got set up and right away a few answered, so I just stayed quiet for about 15 min and then made a few soft yelps. They answered and they were close. Moments later, 2 strutters made their way toward me, but hung up just out of range. I lost sight of them as they went over the hill and a group of 4 jakes came in. I waited until they left and called again. The jakes came running back in. They did this at least 3 more times, until the last time I could hear them coming so I cut and then gobbled twice. The jakes came in and I could hear something running my way. The 2 strutters came over the hill and one of the jakes made a yelp noise. One of the toms ran straight at the jakes. As soon as he got in a clearing about 15 yards away I took the shot and dropped him in his tracks. He weighed 20lbs, had a 9.5 inch beard, and 1 inch spurs. 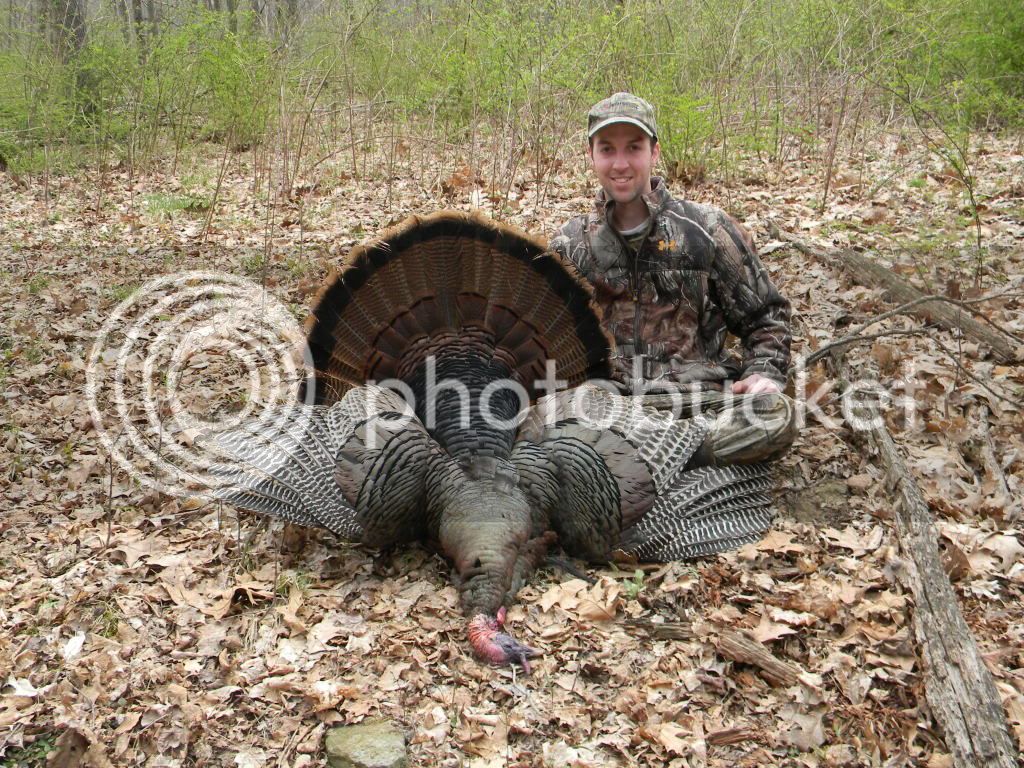 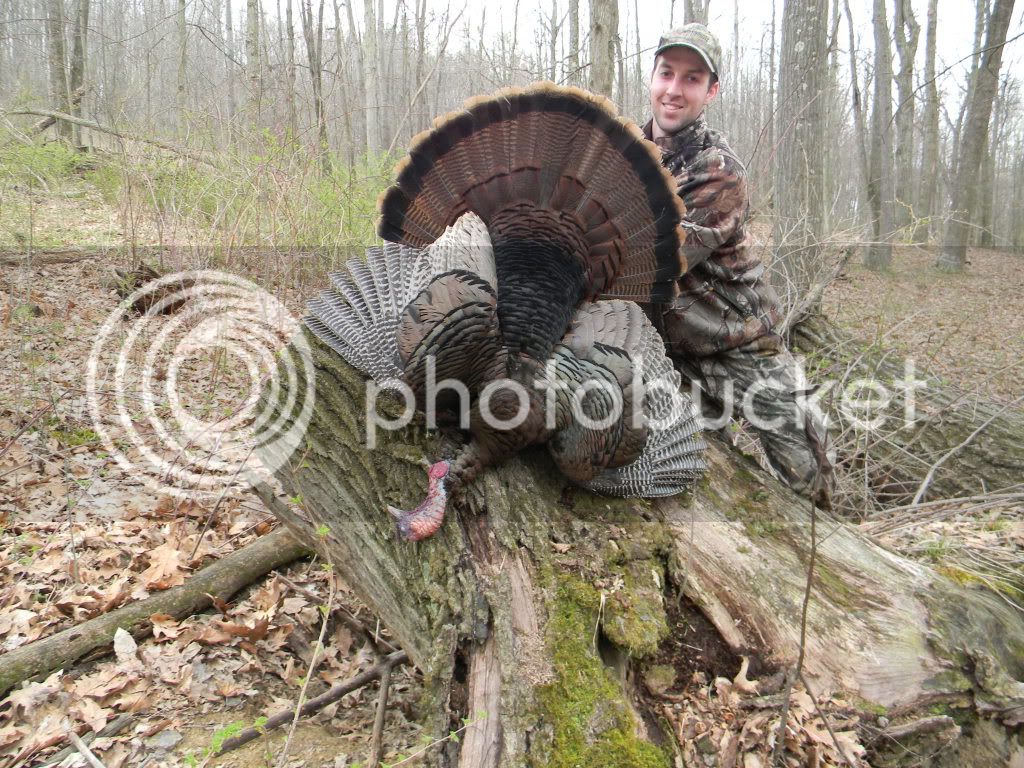 Thanks guys....here is a pic off my cell phone of the jakes that kept coming in. 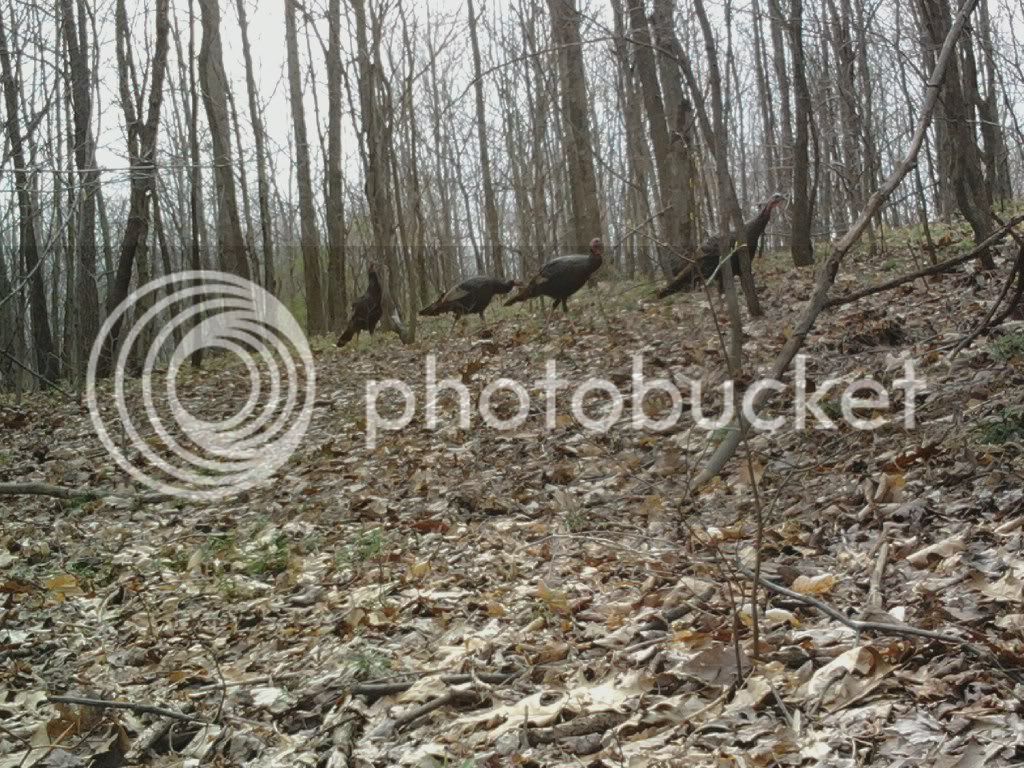 Congrats on a heck of a hunt. That is a nice bird.

Nice job. When plan A doesn't work, go to plan B & shoot 'em in the face! Great pictures TOO!

Great story...the pics are really awesome. Reminds me how important the after photos are. I gotta put more thought into that on the front end. The photos last a whole lot longer than the hunt. Thanks for all the thought you put into these. Awesome job and a great bird!

Congrats on the tom, nice pictures as well....
U

congrats on a very nice bird , great write up to