My turkey season has not gone how I'd anticipated due to changing jobs a week before the season started. I was scheduled to have the first 10 days of the season off, but gave that up when I switched gigs. With my wife's new work schedule, I couldn't even hunt the first hour, and we were gone last weekend, so I'd barely hunted prior to this weekend.

Friday, I slipped out there until 7:15 before needing to leave for work. No gobbling on the roost and the birds I did hear, where two properties over, so it was fairly boring. Yesterday started much the same: zero gobbling on the roost and a boring start to the day. I decided to plant myself in the middle of the farm where I could audibly cover a lot of ground, got comfortable and waited it out. Around 7:15, I thought I heard a faint gobble to my west, but dismissed it as me just wanting to hear a gobble. The sun was peaking over the treetops and I was starting to contemplate a nap when I heard 2 gobbles, but for real this time. Game on!

Both birds had come out of the holler 1/2 mile north of me and crested the ridgetop field between my holler and the other. After giving up on coaching baseball in 2015, I've been able to hunt more and am finally learning how birds use our farm as a result. Because of this, I knew instantly what I'd need to do if the next gobbles I heard indicated they were headed east and sure enough, that's what happened, so I snatched my dekes and started booking it east down the creek bottom.

I need to put 300-400 yards between us and button hook them to get in a spot on the ridge to lure them in to our oak flat. I didn't waste any time and while I was catching my breath safely atop the ridge, I heard them both gobble to the west; I'd out flanked them and had the upper hand. Unfortunately, they stayed in the field and it meant I'd need to adjust if I hoped to get a shot. I left the dekes and made another button hook that would encourage them to hit an inside corner.

With the birds hung up and strutting in the field to my 10 o'clock, I hit them with the Sasquatch Custom Calls walnut slate and Tusky River two-piece striker. Purr, cut, purr, cut, cut, cut. Gobbles on top of gobbles, but committed to the field. They started working from my left to my right when I first saw them. I purred again. Gobble right into full strut. They continued to stay just over the crest of the hill, but were inching closer to me. When they hit my 2 o'clock, they started long-necking looking for that sexy hen they were hearing. By now, I was on one knee and had laid my call down, so I cut hard 5-6 times on my mouth call and got them to both choke on gobbles. They immediately pinged my locale and started the beeline...

The lead bird stayed to my right, while the second started working back to my 12 o'clock. At 30 steps, he hit full strut, then long-necked to look for his future lover. Now we joke about my Benelli Vinci being broke during duck season because if it goes off once, it goes off 3 times and yesterday, it was broke!

With neck stretched out, he cleared the last bit of brush and I cut one loose. He flopped low, darted left, then the second shot barrel rolled him 3 times. When he hit his feet, he tried to get up, extending his neck just in time to take shot #3 directly to the back of the noggin. Stone dead he laid when the dust finally settled. From first gobble to flop stopped in 22 minutes. 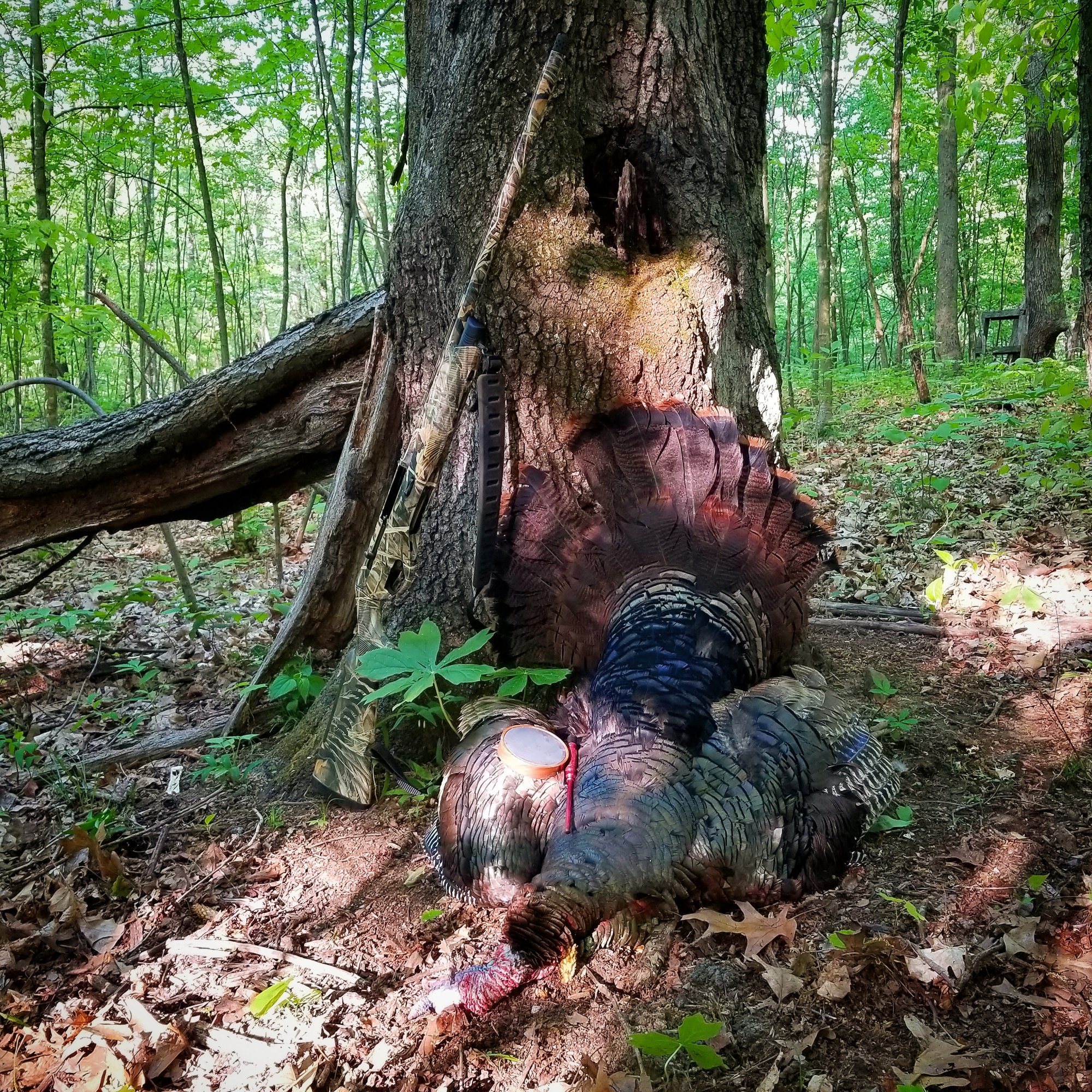 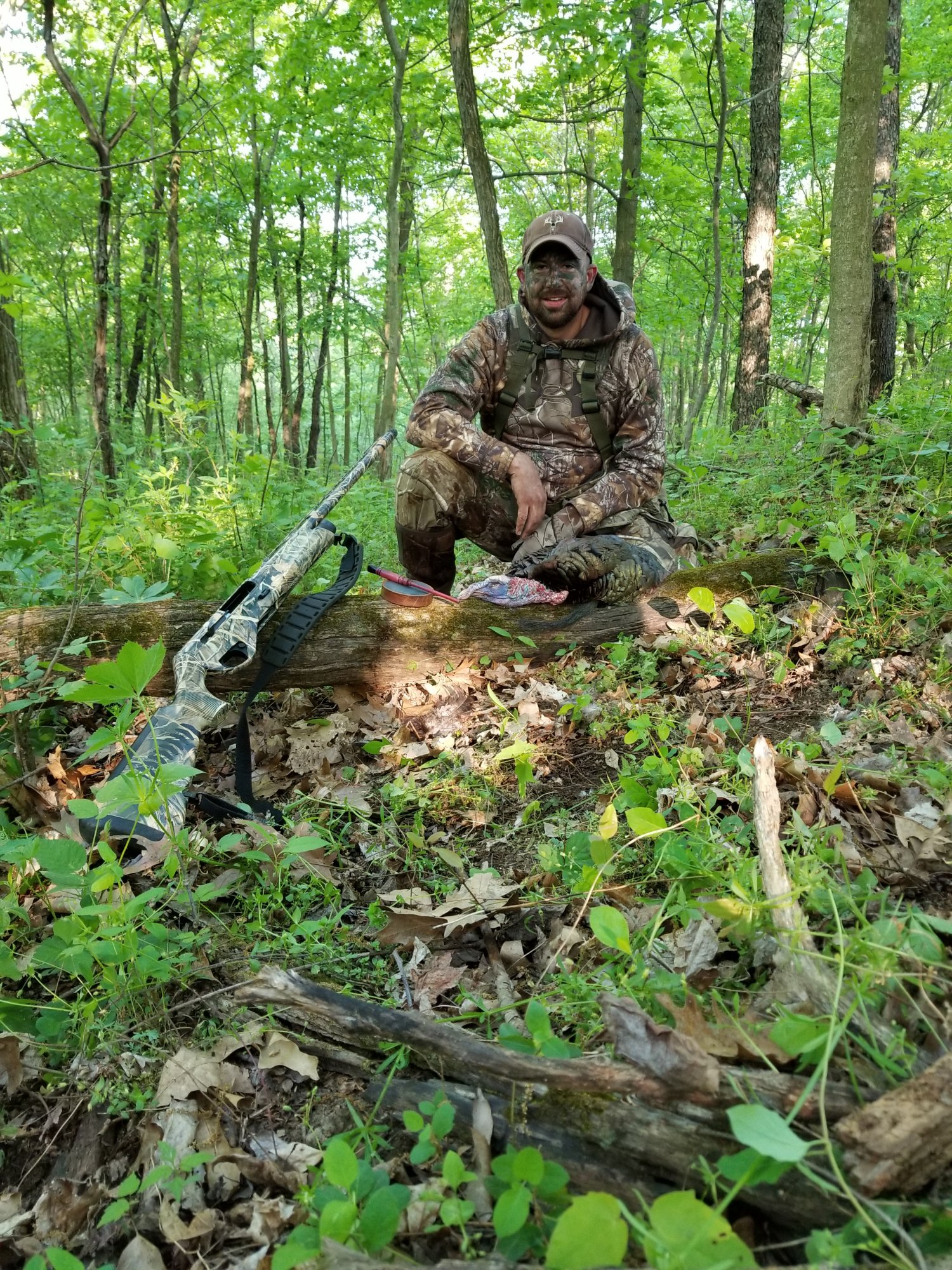 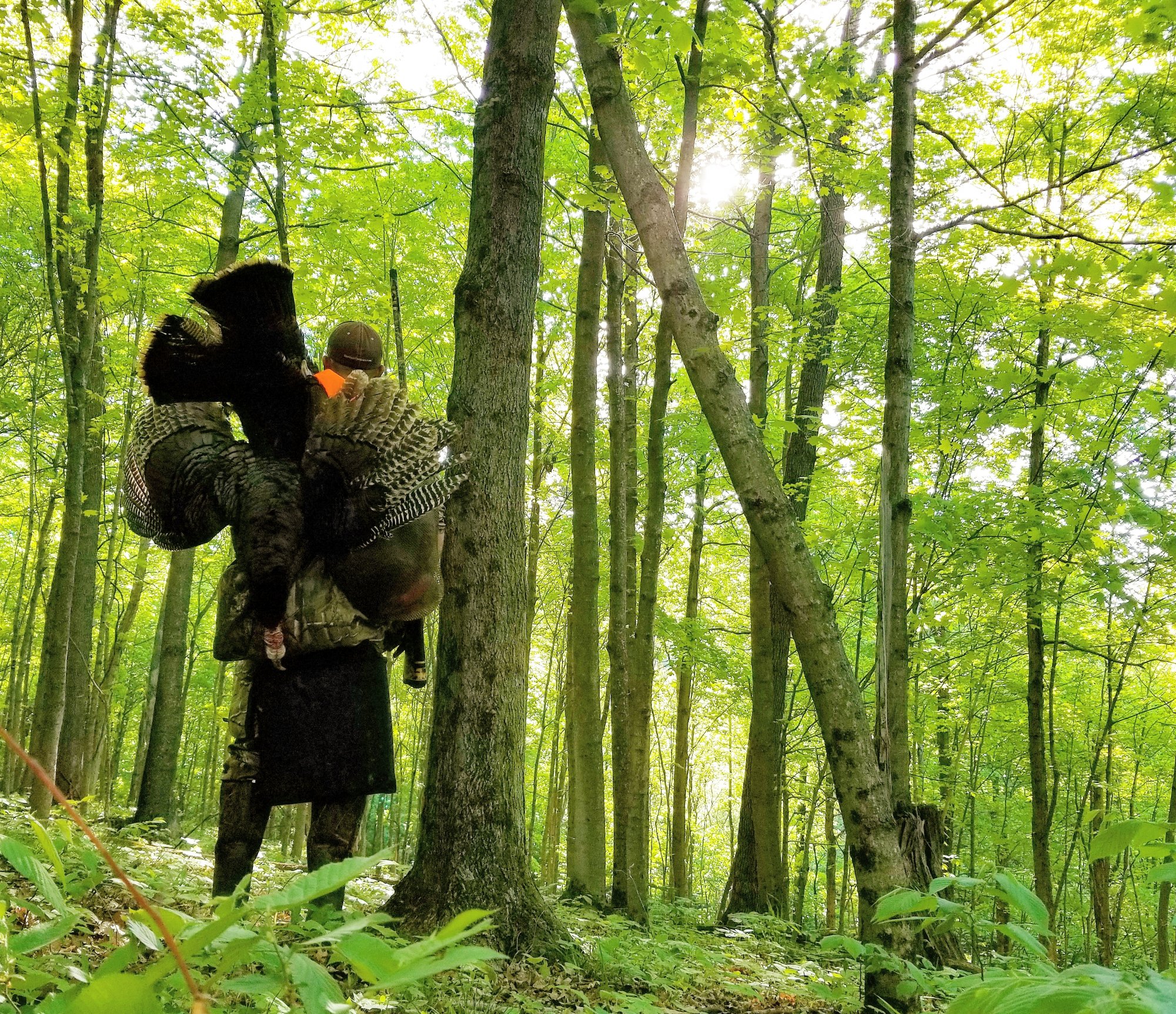 Congratulations man. Now get that gun "fixed " so it only shoots once to make em dead . Lol. I dunno what loads you have but turkey shells get expensive
Reactions: bowhunter1023

I'm using up Remington Nitro Mags. Once I'm out, I'll switch as they're not the best, but I've killed 4 birds from the same box of 10 and still have a full gun load left!

bowhunter1023 said:
I'm using up Remington Nitro Mags. Once I'm out, I'll switch as they're not the best, but I've killed 4 birds from the same box of 10 and still have a full gun load left!
Click to expand...

Can't argue with that .
Reactions: bowhunter1023