This date in history...

150 years ago the Civil War (War of Northern Aggression to Jackalope) began. 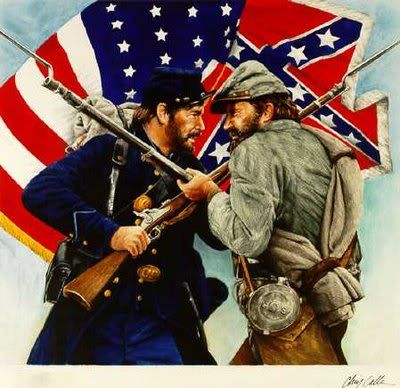 I am surprised someone up this way remembered it. Way to go Sam!

I remembered lol. I have been watching history channel and they had a bunch of stories on yesterday. I always thought history was worthless when I was younger but as I get older I find it more fascinating to learn about.

i love the history of the civil war....next to storming the beaches of normandy these guys had the biggest kahonies...

if you took the number of soldiers to population of the states back then compared to now it would be like 600 million people fighting....or something like that

i love the history of the civil war....next to storming the beaches of normandy these guys had the biggest kahonies...

if you took the number of soldiers to population of the states back then compared to now it would be like 600 million people fighting....or something like that
Click to expand...

Hey, let's get in a field and line up about 50 yards away and start shooting at each other...in line.

Definately a different way of fighting back then.....

I love the movie with mathew broderick (sp?) Glory....to me was the best representation of how it was back then..

Gods and Generals and Gettysburgh are both great movies too.

Huckleberry Finn said:
Gods and Generals and Gettysburgh are both great movies too.
Click to expand...

Huckleberry Finn said:
Gods and Generals and Gettysburgh are both great movies too.
Click to expand...

For what it's worth, I don't claim being a notherner! :smiley_blackeye: I consider myself a southerner!!! LOL!!! :ickle:

They are longgg (3 hrs each) but the best. I should rewatch Gettsyburgh tonight!

Southerner trapped in a Yankee body here....yet All American...

Yeah Sam, now I get why there've been so dang many Civil War shows on lately


Dang nabit Dan, you must swing the biggest hammer on Earth 'cause you always hit the nail on the head!!! :smiley_clap:


you must swing the biggest hammer
Click to expand...

If you're ever down in South Mississippi Stop on im my hometown of Vicksburg and check out the National Military Park... The historic ground of the Battle of Vicksburg. States have monuments to their soldiers who are laid on that ground. Both Union and Confederate. The park includes 1,325 historic monuments and markers, 20 miles (32 km) of historic trenches and earthworks, a 16-mile (26 km) tour road, a 12.5-mile (20.1 km) walking trail, two antebellum homes, 144 emplaced cannons, restored gunboat USS Cairo (sunk on December 12, 1862, on the Yazoo River, recovered successfully in 1964),

Here are a couple of Ohio's Memorials..

Some of them are rather grandiose.

Inside the Illinois memorial on Brass plates are all the names of the men who gave their lives. 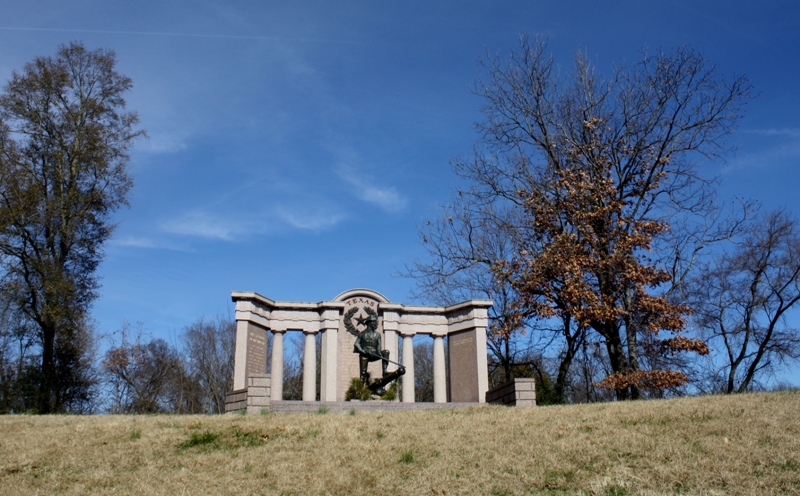 You can walk the trenches. 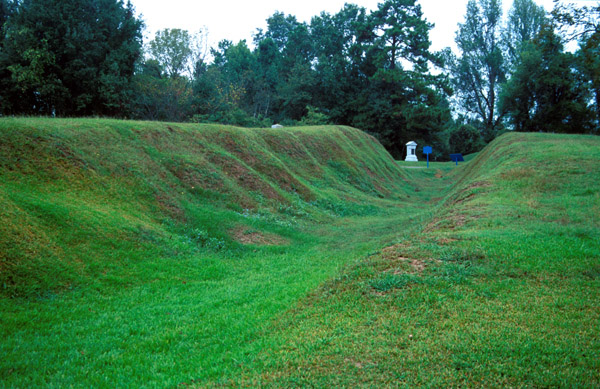 Or spend the day Really taking in the magnitude of the battle... There are 18,244 Union and Confederate interments (12,954 unidentified).... 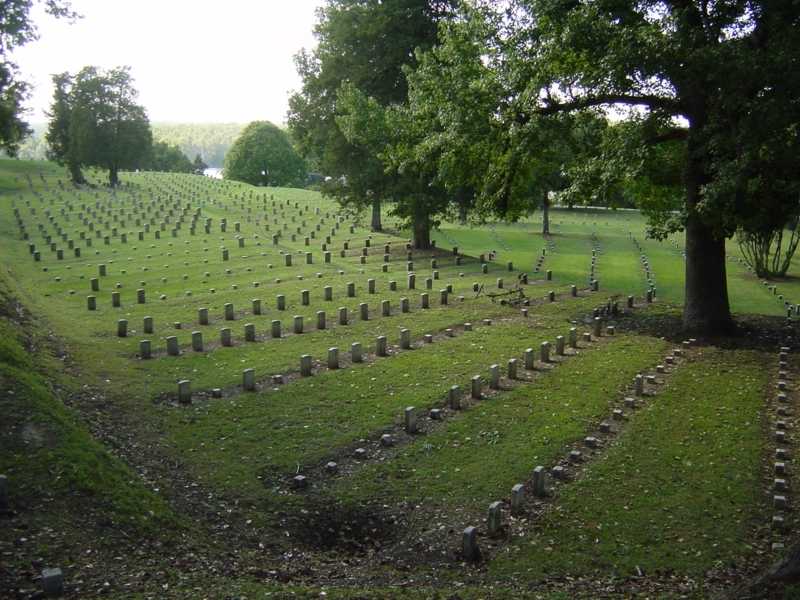 And here is something you may find interesting... It is a federal park that receives federal money.. Because it was paid for by the Federal Government, all of the Union Monuments were paid for by the US Government. The Confederate states however, were not Federally funded and their representation in the park is the direct result of years of fund raising and multiple benefits. Though the park is located in the South, the Federal Government did not give equal monetary donations to the Union and Confederacy, thus leaving the South to their own devices as far as money was concerned.


And without further ado.

Guess which one it's a tradition to spit on???

We just finished up a few days on The First Battle of Bull Run, Shiloh (as well of some of Grant's other victories out west), Fredericksburg, Antietam, and Chancellorsville in preperation for "Gods and Generals". We are on the second day of the movie. If you haven't seen it, watch it!!! Stephen Lang plays Stonewall Jackson, Robert Duvall plays Lee, and Jeff Daniels plays Joshua Chamberlain.
After it's over we will do a few more battles then pop in "Gettysburg".

When I was 8 I got to go to Ft. Sumter while my oldest brother was in his freshman year of college in Charleston. What a cool place. They've reconstructed in more since then. When I was there walls were still knocked down.

rgecko23 said:
i love the history of the civil war....next to storming the beaches of normandy these guys had the biggest kahonies...

if you took the number of soldiers to population of the states back then compared to now it would be like 600 million people fighting....or something like that
Click to expand...

Very cool history stuff guys! I remember reading that the battle at Antietam was one of the bloodiest if not THEE bloodiest. I enjoy watching all those movies listed above but another good movie not mentioned was, "Patriot" starring Mel Gibson even though it's about the Revolutionary War. When they killed his son and he grabbed his really young sons and set out afoot and ambushed those redcoats, DAMN, that was good! Very good thread!
Last edited: Apr 13, 2011

awesome joe....thanks for sharing. This is definately my favorite era of history...

I alos am fascinated by the Civil War and all the facts about it. My sophmore social studies teacher leads a reenactment group in central ohio. They were in the movie Gettysburgh. I was a sophmore in high school when that movie came out and we got to take a field trip to Columbus to watch the movie.

History was by far my favorite subject in school, with the Civil War being right up at the top for favorite topics. It took a lot to get me to take a book home when I was in school, but History is one thing that I didn't have a problem studying for. Lot's of cool info here guys, thanks for sharing!
You must log in or register to reply here.
Share:
Facebook Twitter Reddit Pinterest Tumblr WhatsApp Email Share Link