Some members of the military have a tradition: you celebrate the death of a comrade with a drink and the simple toast "absent companions." I've made this tradition my own, I'm never happy to perform it.

I think there's a place here to raise the toast when news of one of our brothers falls. I learned of my friends oldest son passing just this evening as I was returning from camp. My friend passed from lung cancer in 2019 both were some of the very few that that I've invited to my "lodge".

Funny, I've thought about what to call the actual place that I built and where I sleep. Had a delivery just this Wednesday from the local co-op and the young'ish driver said to the fella that had stopped about 500' into the drive looking for my place, "oh the lodge is another 1000' further...." well, I think it'll stick. Not a proper lodge in today's standard but well put out for a 1940's Lodge.

Cliff was Dean's son. Dean was my wartime compadre, Deployments 1996-2012 and doing digital death- totally another story - that's Dean helping plant the damn dam Nov 2015. He's from Ft Walton Beach so this is litearly his experince with actual straw. 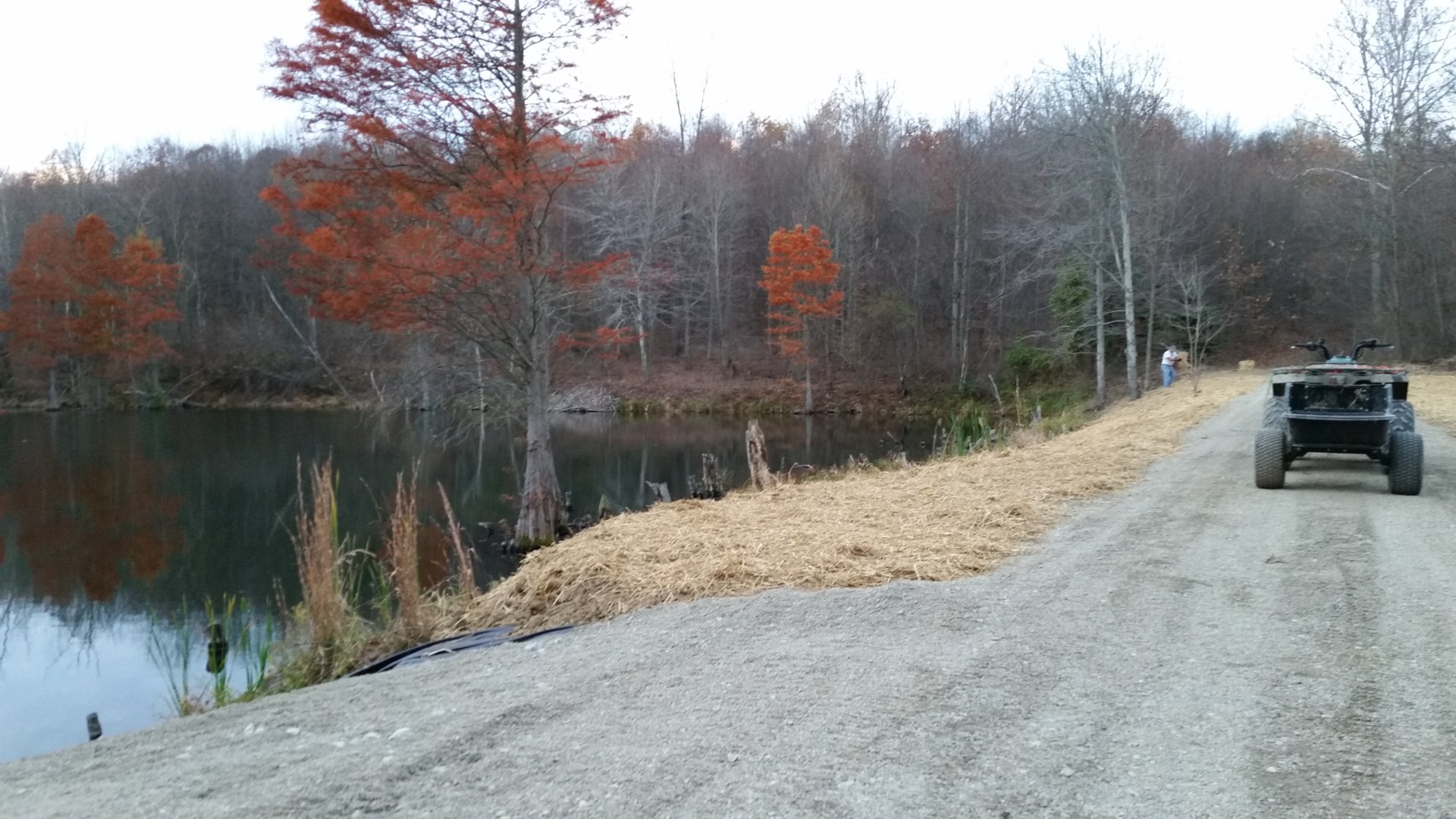 I had Dean up hunting, twice, and Cliff, he's a police officer adn a huge outdoorsman, he's telling me after the family gets together on holiday, Dean is always talking about the "lodge" and how I'm trying to make it better, and me getting Dean into Kayak fishin' etc...

So Dean asks, all low key, in 2016 if Cliff, his oldest can come up an hunt the Lodge. I'm like ya man - so 2016 Cliff does this to t he biggest most uniqe buck taken at the lodge.

So Cliff, who's hunted his adult life comes up with his dad that had only crossbow hunted two years and Cliff harpoons his biggest deer. 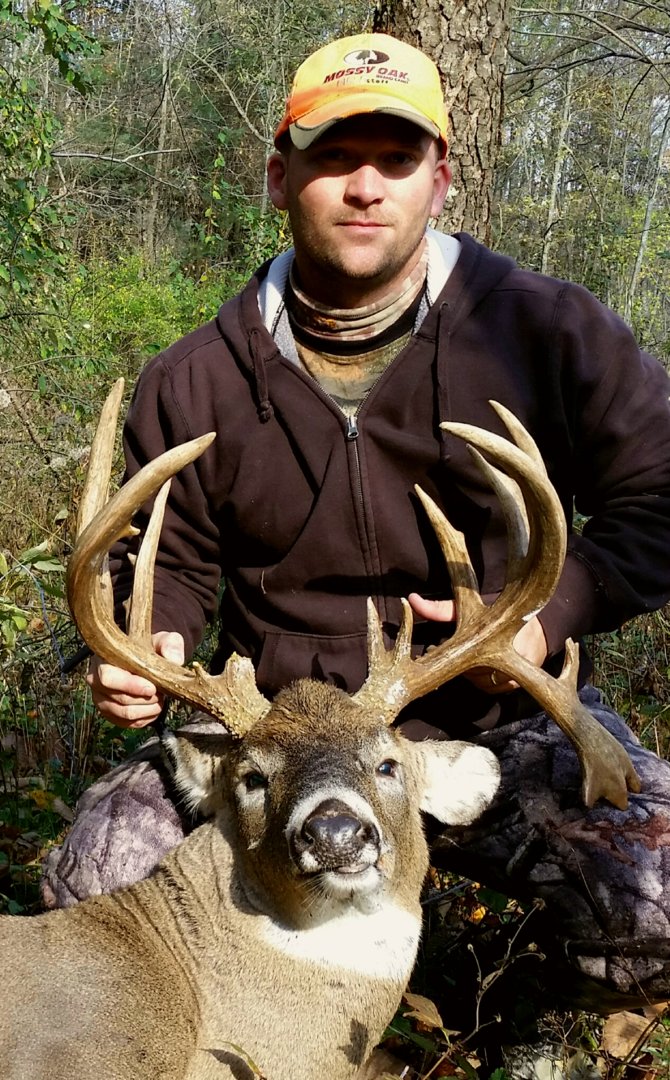 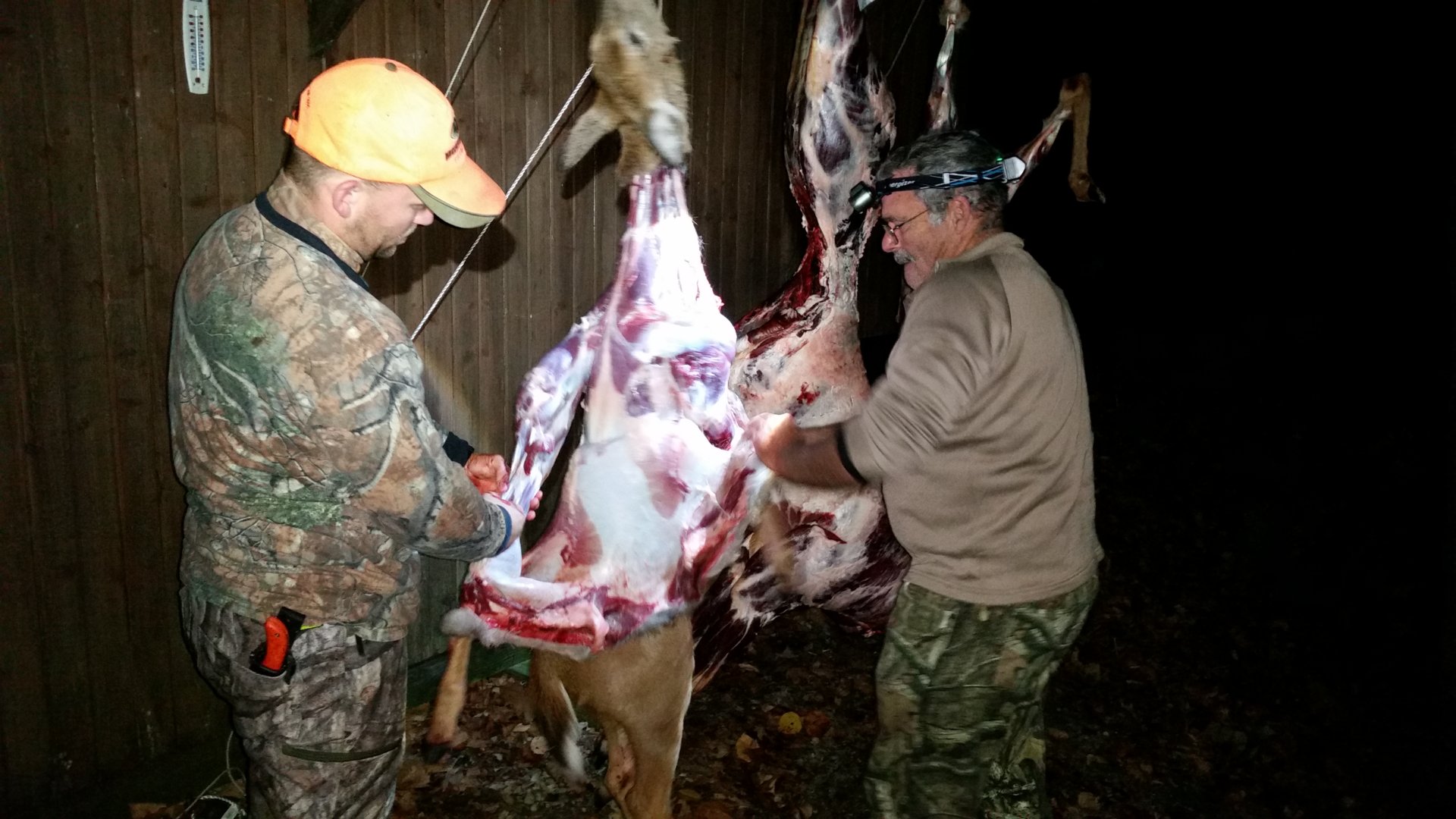 Well, Just got news in this evening that Cliff passed today, 9/11, 2021. He was a deputy sheriff in Tallahassee and his illness was CoVid. Three kids, under 14.

Dean had passed in 2019.... but that din't keep Cliff away he came up and helped clear out Spoil and SkiJump...

So I'm sitting here in a bit of {_______} sipping a bullet rye and just needed to say these were a couple of salt of the earth, hard working, joyful folks I've opened up to in quite a few years... and they're gone.

Sorry for your loss Stress and my heart goes out to Cliff's family and his kids. That totally sucks! May they both R.I.P.
Reactions: finelyshedded
S

Very sorry for your loss

Damn Stressless, I hate reading this, thinking of you, Dean's, and Cliff's family. I hope you can cherish those memories and thank you for sharing. RIP guys

I'm sorry to see this. I'm sure it's giving you some comfort by sharing with us. Thank you.
Reactions: finelyshedded

May your comrades RIP, never an easy thing too deal with. Nice gesture and thanks for sharing…..

So very sorry for your loss. May they Rest In Peace.
Reactions: finelyshedded

That’s a tough one, very sorry for your/their loss

Sorry for your loss
Reactions: finelyshedded

I'm sorry to read this. Thankful you shared it. My condolences.
Reactions: finelyshedded

What a great tribute! Thankyou for sharing. So sorry for the loss all the way around. But I'm sure that post made them proud to be part of your circle.
Reactions: finelyshedded

That was a nice tribute. So sorry for your loss.
Reactions: finelyshedded

Very sorry for the loss of your friends.
Reactions: finelyshedded

So sorry to hear this!!! My most heart felt condolences to you and your absent companions, they sounded like true friends.