Sorry to hear this bud, especially hard when it’s a huge buck. Otherwise sounds like a great hunting vacation...you going back later this season to try again?

Maybe...if I do, I'll sit the same spot
I got more stories and pictures, gotta wait till tomorrow to post, I'm pretty tuckered.
Likes: xbowguy, brock ratcliff and Sgt Fury

What a story Dan, had me and my brother Mikey on the edge of our seat the whole time. Sure wish we could have been there to help track it.

Either way you've had a hell of a week!!! Enjoy your rest once your home.

I've done this with redemption. I've also seen it happen a few times. Shot was a touch high. It barely clips the spin enough to drop them. They get up after the body resets and live for another day. I did it twice in my life. Second time I kept it on him and followed up as soon as he got up. I've also seen it on TV. If this is what happened with you, the deer is likely fine.
Likes: Sgt Fury

Well Shit. That's sucks Dan, but sounds like you had a rewarding week either way

Milkweed. Before we talked about it on here, before I saw it on The Hunting Public, my buddy @JOHNROHIO turned me on to it.

Whenever you're out in the woods and find an old, broken-down, dilapidated stand like this, look around you. You are in a good spot.

What a week. Thanks for following along, if I have any other thoughts I'll post them up.
Likes: Sgt Fury, giles, triple_duece and 9 others

My goodness, what a week! Sounds like you had an absolute blast. Good, clean fun right there! Congratulations on your harvests and condolences on the one that got away. You rode that rollercoaster all the way up and back down again. Thanks for taking us along!
Likes: Sgt Fury

Man sorry he got away Dan but you sure had a fun week!
C

I hate that but Dan you are the man

Dan.... Sorry you didn't get that big one.... All lessons learned... I always aim center mass (rib cage) whether bow or gun... I'm not looking to drop the deer in his tracks, I'm looking for a dead deer... Let him run 50-100 yds... I've never seen a deer yet live when you double lung them with a bow or gun... Have a safe trip home...
Likes: Sgt Fury, triple_duece and hickslawns

What a great week of deer killing options you had.
Really enjoyed the ride along.
Congratulations on the multiple harvests Dan!

So tonite I've been on the google machine on the interweb - doin' some research on straight wall cartridges, kinda settled in on wanting a 45-70. Then watched some youtube videos and really got myself convinced. So I thinks to myself "Self, I wonders if there's a 45-70 barrel that will work with my Handi Rifle - just take the .357 barrel off and put on a 45-70? and voila - there is such an animal. However, for some stupidass reason H&R is not producing anymore, hasn't for a few years. Fuck. Can't just stroll out and buy a new one. But do a search on Gunbroker and someone is selling one that's drilled for a scope mount and has fixed sights. Bidding was at $135, put a bid in, was leading at $150. 30 mins later I'm losing, put in a $200 bid and still losing. I'm now winning at $230 but the auction goes for 3 more days and I don't expect it to hold. So then I go back and look at the thread for the Knight KP-1 45-70 for sale here - halfway finished a PM then deleted it, almost pulled the trigger on that, but the damned thing isn't made any more by Knight and I'm just a little leery. I'm sure it's a great gun, but I'm intrigued by the Handi Rifle option because 1) it supports a system I currently own and 2) it has the iron sights. Shit. I may end up buying a single shot CVA. All I know is that I'm now obsessed with owning a bigger caliber rifle. And as sexy as lever guns are, I don't want one. The simple reliability of a break-barrel single shot is very appealing to me.

One of my favorite hunting memories is shooting a doe very early in my hunting career. I shot her from 40 yards - I was in a treestand, uphill a little bit, and she was broadside...I double lunged her and she went ass-over-teakettle, dropping dead where I shot her. The holes in her ribcage were the size of silver dollars. I love that memory. Bamm.

Or, I could simply keep using the .357 Max and double-lung them instead of hitting the fucking shoulder.
So in the stages of grief I'd say I'm in the anger stage (pissed at myself and questioning my choice of equipment)

Anybody have any input regarding shooting a 45-70 - is the recoil less/equal/greater than a 12 gauge?
Likes: MoonLab, CJD3, Quantum673 and 4 others

By the way -
Thanks for all the encouraging comments. I really do feel blessed to have had such a successful harvest week (I kinda feel Amish) and I'm looking forward to spending tomorrow with my brother in law processing all this meat. And that is NOT overshadowed by losing the buck - it's just that if I'd brought that buck down, I could have just said "Well, it ain't gettin' any better than this - I can just retire from deer hunting and spend my time taking my grill around to other guys' deer camps and cooking for them...." Alas, that was not to be, now I just gotta keep hunting.
Likes: MoonLab, CJD3, Quantum673 and 6 others 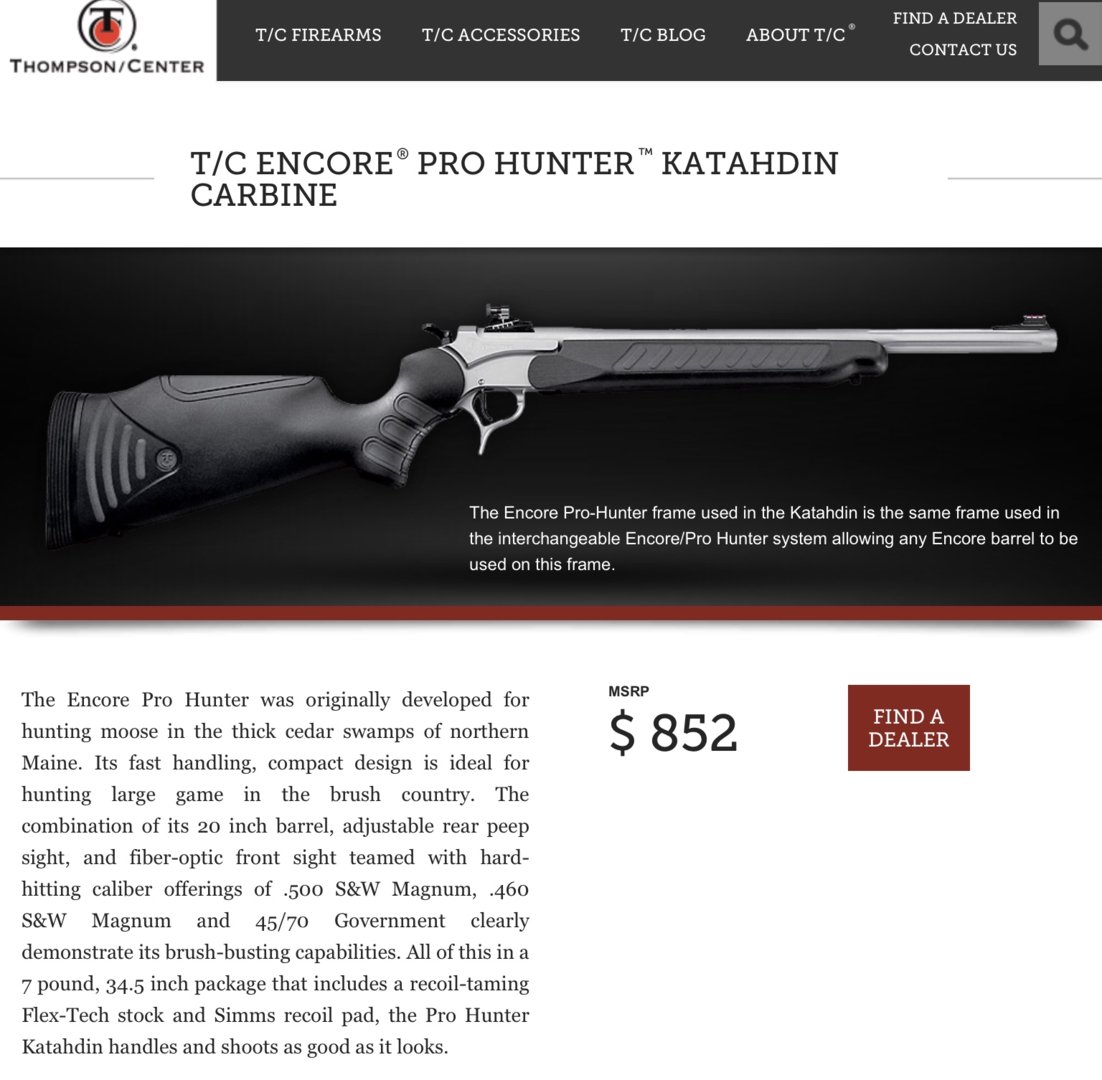 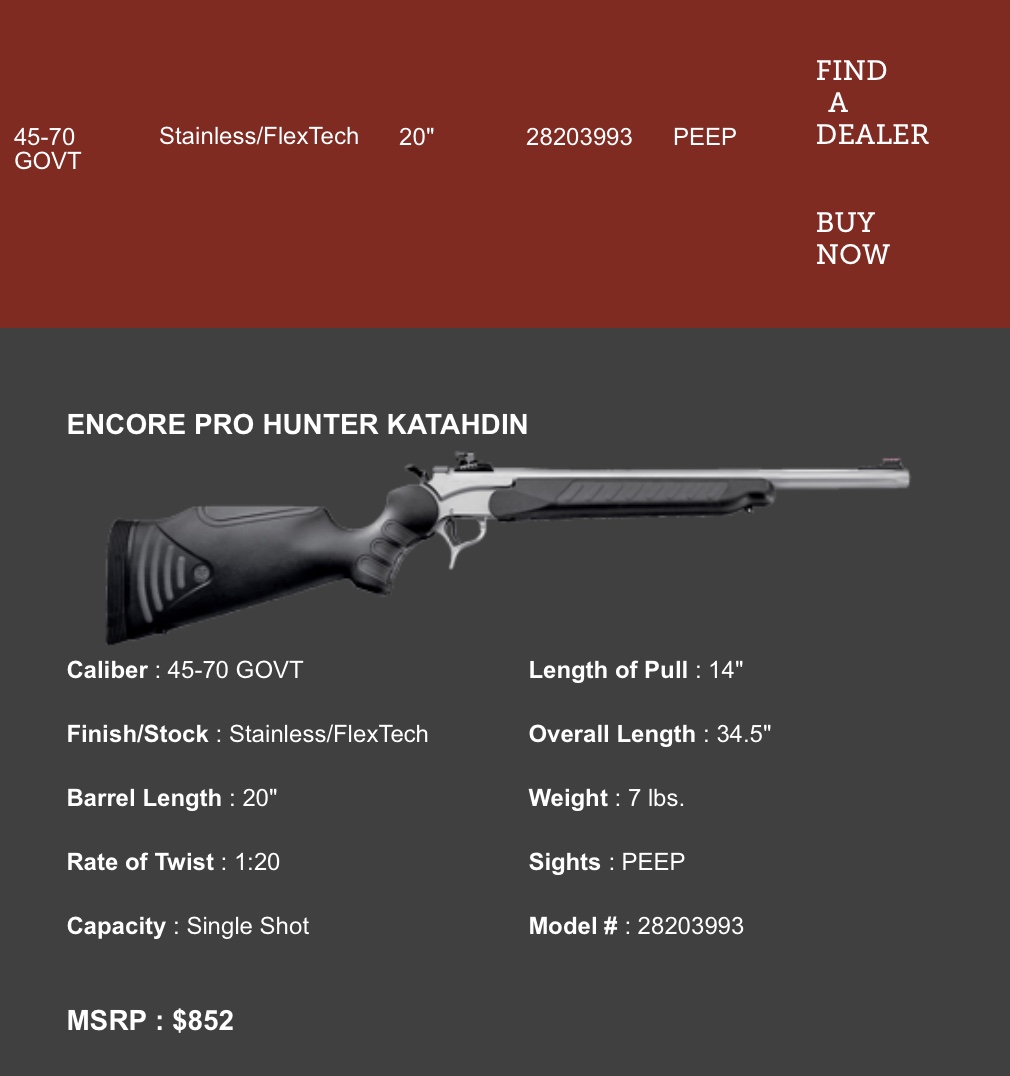 Rock solid gun! I have it in 20 gauge and have killed many deer with it...including a few doubles...very fast to reload and super accurate. Don’t see why the same gun chambered in 45-70 would be any different.
Likes: Boarhead
C

I am curious as to why you want the 45-70 over the 350 legend? I don’t much about either one, trying to educate myself.

Sgt Fury said:
View attachment 114412 View attachment 114413
Rock solid gun! I have it in 20 gauge and have killed many deer with it...including a few doubles...very fast to reload and super accurate. Don’t see why the same gun chambered in 45-70 would be any different.
Click to expand...
Bro, that looks like a very sweet ride, very sweet.
Like a Masserati.
But I'm like a Toyota guy.
Likes: CJD3 and Sgt Fury
You must log in or register to reply here.
Share: Facebook Twitter Google+ Reddit Pinterest Tumblr WhatsApp Email Link