After hunting two days with my mom, and her not filling her tag and not being able to hunt until next week, I decided to try my chance with a bow Friday and the closest birds were a good way's off and were going to have to be chased another day, SUNDAY morning..... Since it was Easter I knew I was only gonna get to hunt a few hours so I decided to take the gun, and hope to beat the rain that was supposed to start around 7:30.

I got to my property at 5:50 and by 6:00 he was gobbling his head off. I worked my way to with-in 75yrds of his roost tree which was right on the top of a ridge. He was gobbling at the distant sound of thunder and anything that would make a noise, this bird was ripping it, matter of fact the only thing he didn't gobble at was my calls. At 6:35 the rain began to come down and he was on the ground and only gobbling at sounds other then what I would occasionally throw at him, at one point I thought he was going away from me so I cut at him and he finally responded with a double gobble. I stayed quiet and just listened to him shock gobble at the geese and crows as he was headed my way. I knew he was close when he gobbled and I could hear the tucka tucka tucka from his chest....

I could see his red head at 40 yrds. and he had a bead on my deeks and when he hit the 30 yrd mark I squeezed the trigger and he just sorta wilted. Since it was raining fairly steady by now I hurried up and claimed (have you ever tried filling out a tag in pouring down rain with a pen?) what I thought to be a mouthy 2yr old and packed my stuff and headed for the truck.

I drove straight to the check station and went thru the process, which was an experience in itself. They never even looked at my bird, just gave me a tag # on a piece of paper. After I got home and watched my kids check out their Easter baskets it was time to clean him. I rolled him out of the truck and was going to have the wife take some pictures, I grabbed his beard to take a picture for the TOO contest and it wasn't until this point that I realized what I had brought home. 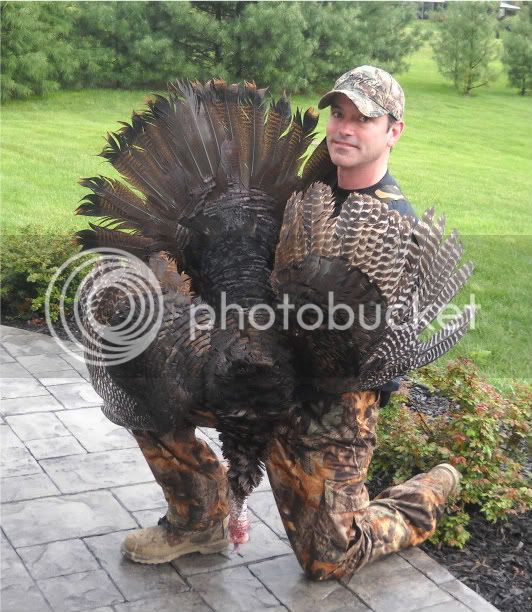 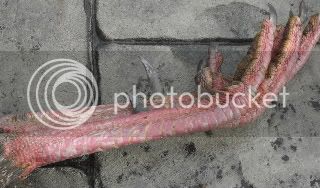 I knew he had some hooks on him from carrying him to the truck but I didn't have a clue he had multiple beards on him as well. 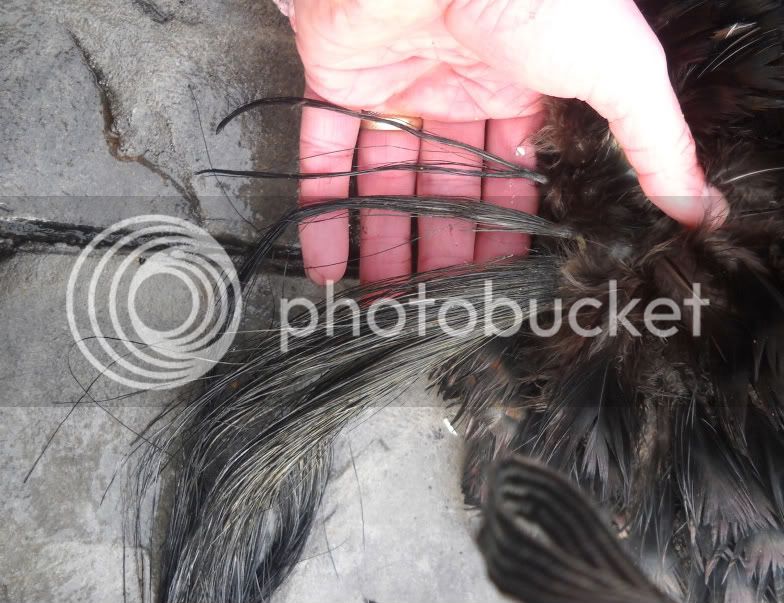 His 3 beards measured over 25" and his spurs was 1 1/2" and 1 3/8". I stepped on our bathroom scales and then held him while I was on the scales and he was 22lbs. Definitely an Easter morning turkey hunt that I will not soon forget...
Thanks Easter Bunny..

Congrats on a helluva bird!

Great read on a successful hunt! No doubt the Easter Bunny did you a solid on that one. Congrats!!

Way to go Aaron! That's a hell of a bird man! Congrats!!!

One of these days when you're not super busy, I'm gonna hit you up to learn me a thing or two! I'm still trying to teach myself and it's a sharp ass learning curve! I'd just be happy to tag along and video!!!

Let me know, I might have some time Wed or Thur morn. It just depends on what my mom has got going on. But we definately need to hook up and chase some birds....

That is a aweesome bird. Congrats on the harvest and thanks for sharing.

That's badass man. One for the books . Great story as well .


I enjoy hunting in a light rain or overcast day and occasional thunder always helps with the ones that have lock jaw....


I'll have to remember that little nugget.:smiley_chinrub:

congrats on an awsome bird man.