Made the right move...BBD (update story and more pics)

Here's what happened. After a lot of internal debate (see where to hunt thread), I decided to stay north and hunt Geauga County rather than head south and hunt Belmont. I'm not a fan of hunting deep snow and we have a bunch up here, so I truly had little confidence that anything exciting would happen. My morning hunt was much like I expected. No deer. After I got out of my climber I decided to explore the east side of the property. I had never been over there before. I found some sign, but nothing crazy. There was clearly more sign near my feeder, but i had not seen a deer there since the pre-rut. So after some lunch I head out to the new location. I had a friend with me for the afternoon. He set up on the southwest portion of the property.

Well, I was in my stand less the 15 minutes. I was still adjusting stuff when I look to my left and see a definite shooter. He was in some beech scrub and I didn't have a great shot. As he started away from me, I decided to try to squeeze one through the brush. BOOOOM! After the shot he ran towards me stopped and took off again. At the next opening I let another go...BOOOOM! He was out of site for a moment and they he ran up the embankment away from me. When I got down from the tree, I was only able to find hair and no blood. While checking for blood, I jumped him less the 40 yards from the clump of hair. I called my buddy and had him meet me at my stand. We tracked the deer to the bed and there was only a speck of blood. We decided to take up the track and hope to catch him bedded again. I stayed on the trail and had my buddy flank me by about 20 yards. We trail for quite a while. We could tell the buck was slowing by his tracks, but still no additional blood. We finally got to some thick stuff and felt the buck may be bedded. Again, I worked through and my buddy flanked. Just as I cleared the thicket I see the buck walking slowly straight ahead of me about 75 yards out. I put the crosshairs on him and BOOOOM....BOOOM.....BOOOM. My gun was empty and the buck lay dead in his tracks.

Certainly not a text book, made for TV hunt, but the result was me harvesting the best buck of my life. 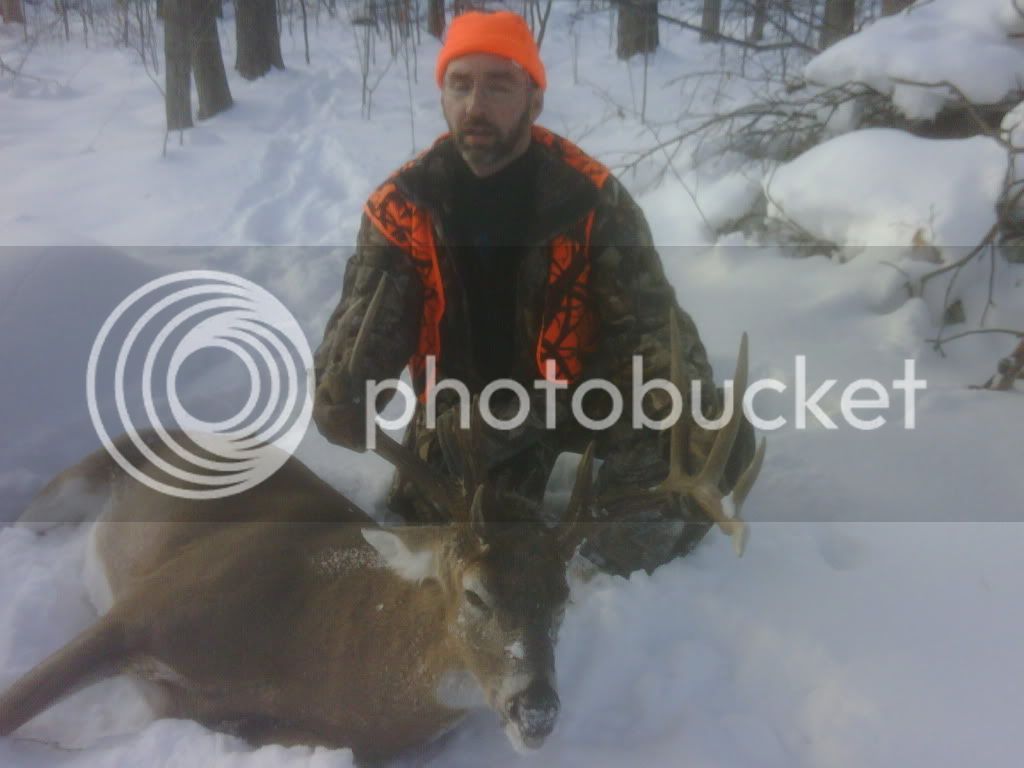 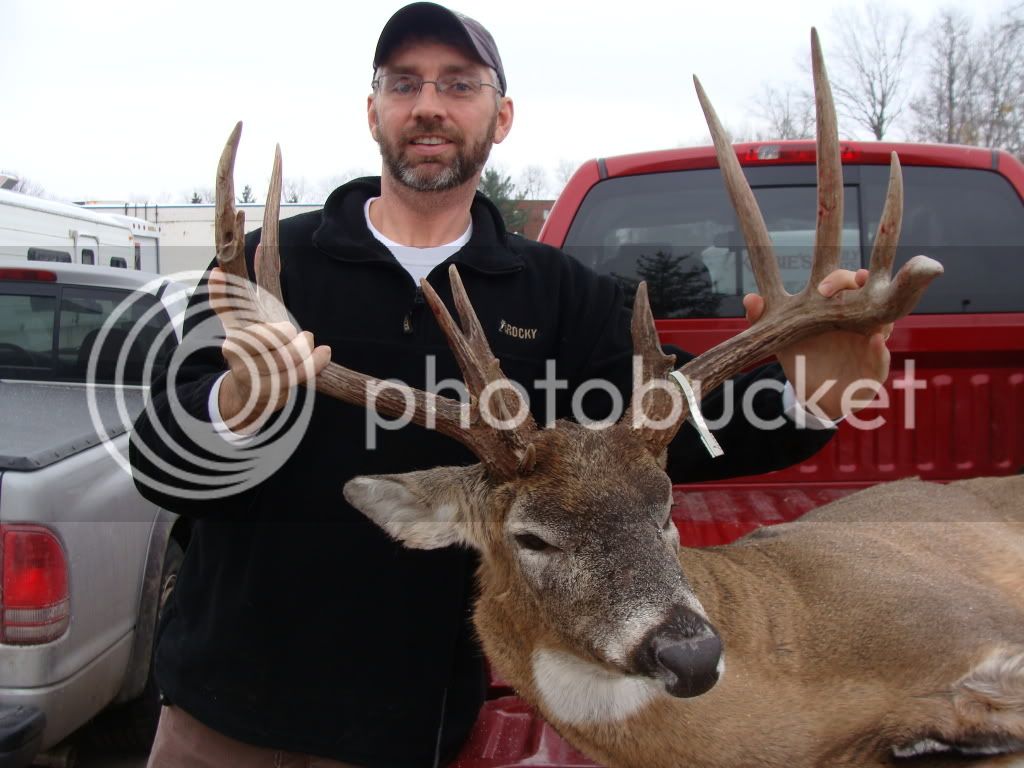 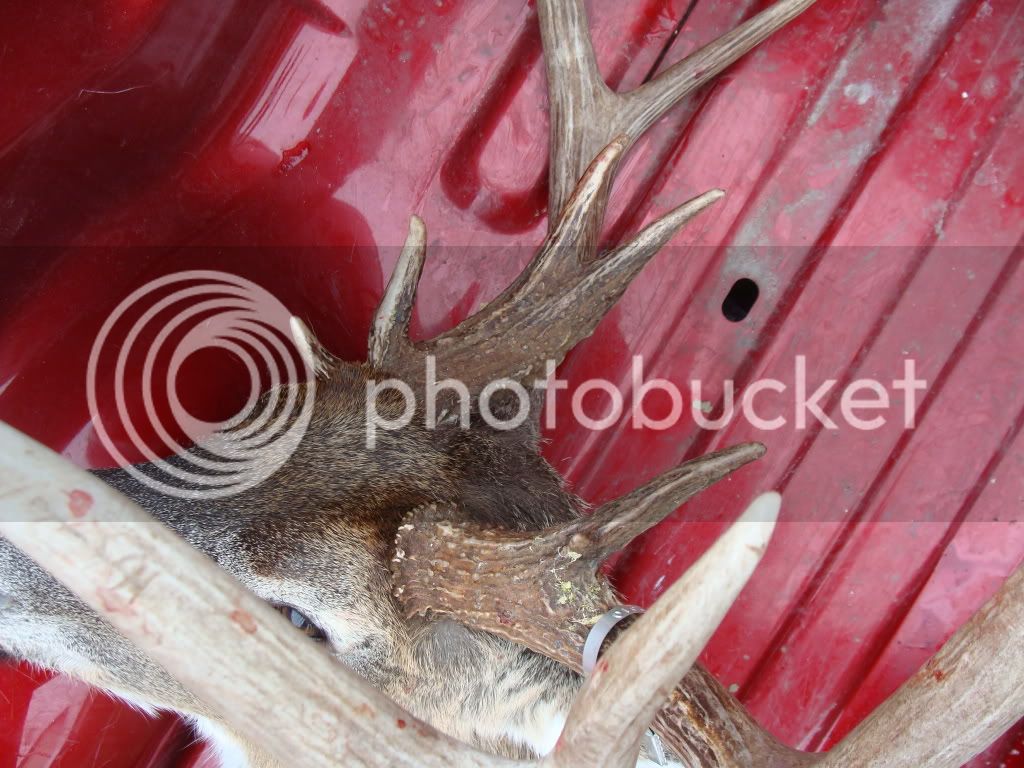 As I said in the other thread, great buck. Glad you were able to stay on him and get him. Congrats!

Great buck and story. Glad you stuck with it and followed him up. Congrats again on a helluva buck.

Great deer. What are those base measurements?

Buckmaster said:
Great deer. What are those base measurements?
Click to expand...

WOW! Not gonna lie buddy, it got bigger overnight! That's a great deer!

Congrats on a great buck, Schu!!!

Congrats! That's a monster right there!

Sent from my DROID2 using Tapatalk

Schu I really like that buck, very cool! Way to get after it!

Awesome buck!! Nice and wide and that split brow is sweet......Good for you!!

Make sure you let us know what that thing grosses. I love all the character at the base of the rack. Reminds me of mine this year,:smiley_bestfriends: but boy, do you have me in width! WOW! I can't quit looking at this buck.

Great buck man! I can't believe with all that previous shooting you did that he didn't high tail it to the next county, let alone bed down close to where you shot him.....that really goes to show you a bucks survival instincts when they get to be older.....instead of running like a wild horse he found some thick cover and bunkered down hoping to stay hidden.....

Congrats on a great late season buck. It looks like he still has a hell of a big body for this late in the year too.

that is awesome that you made the call to stay close and hunt and scored!!.....That deer has some major character too!!!! Way to keep at it and finish the job!!