Great pics guys! Here's a picture of my grandpa and great uncle. Not sure what year it is. I shot my first deer with the gun in this picture. 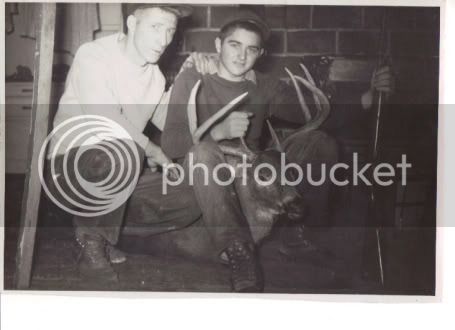 Very cool you were able to use the same gun JPN!

Not outdoor, but this was taken in 1899. My great great grandma and her brother. She was 8 and he was 4. 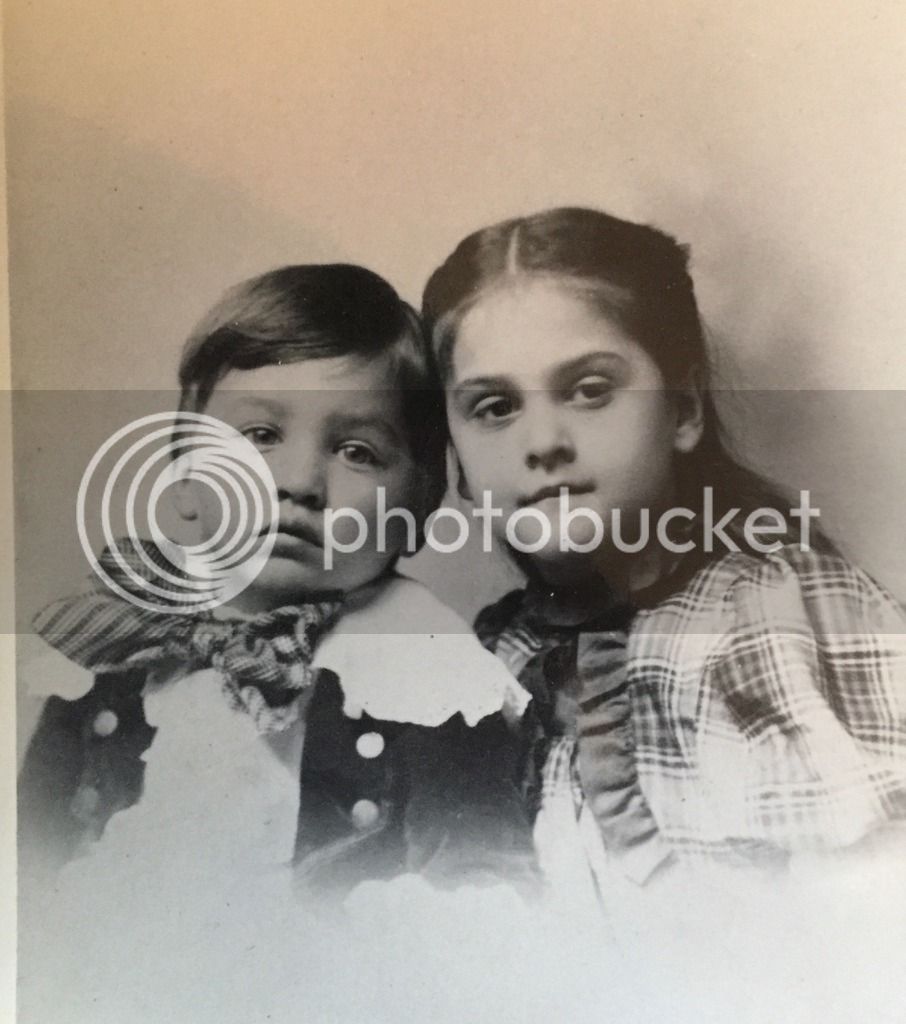 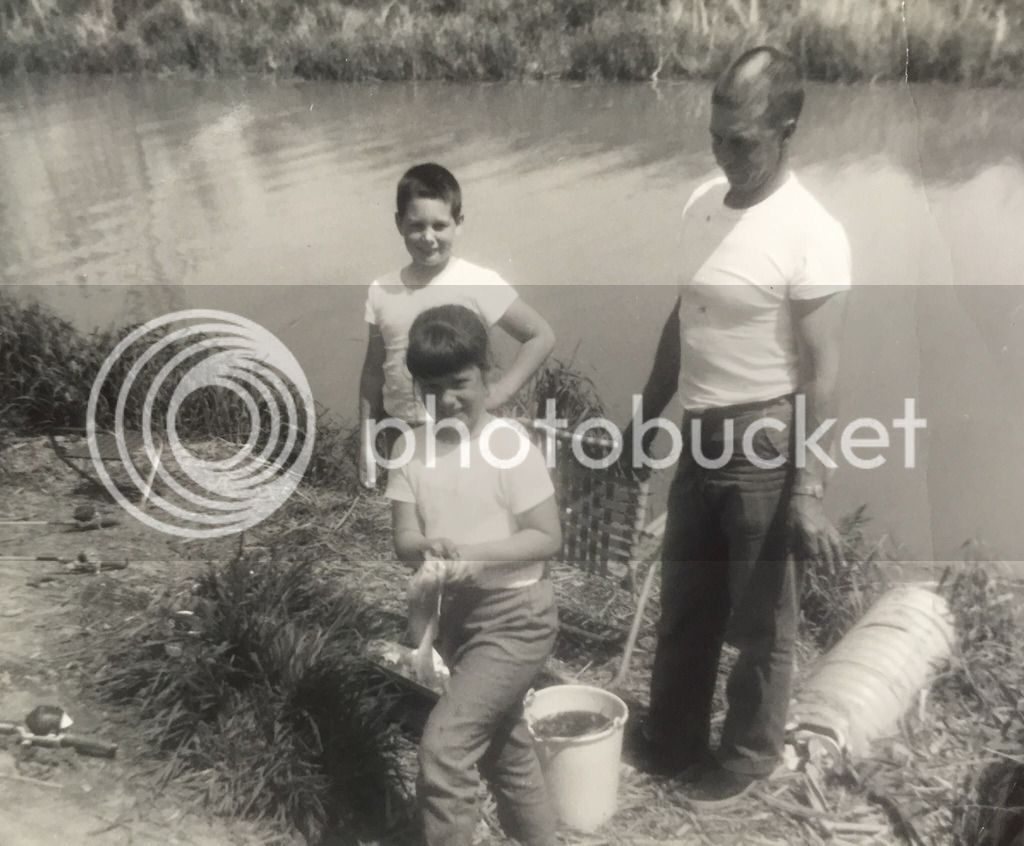 My aunt on far left, two uncles who got me huntin in middle, my mom on the right. Jan 1967. 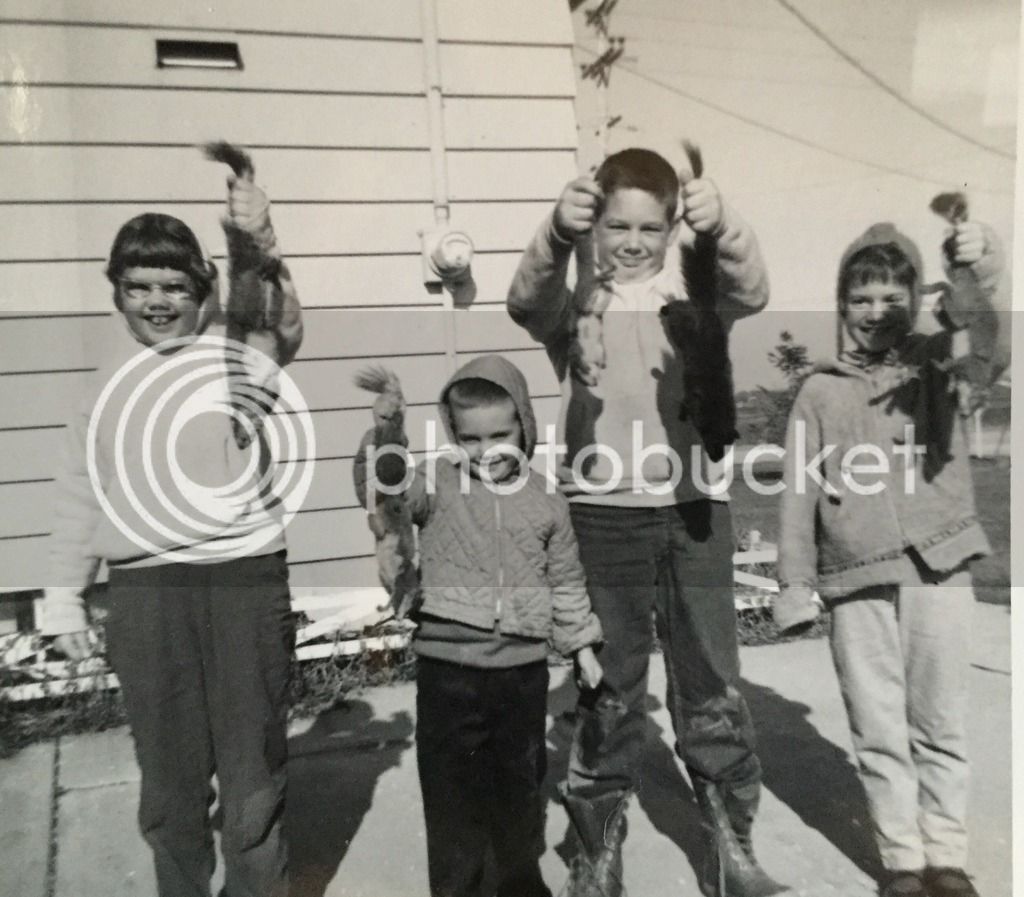 Amazing pictures and history guys. Thanks for sharing. My relatives hunted but I have no pics. My dad hunted as a kid because he had to. He never hunted as an adult so I introduced myself to it.

Love the squirrel photo. What a great thread. I need to do some digging for some more photos.

Awesome thread!!! Got some pics from the 70's over at mom's house that I need to go get.

Brian, loved the old trapping pics. Those are badass.

JPN, killing a deer with the same gun as your Grandpa is also badass!!

This thread, thinking about fishing and gardening made me remember this classic with my Grandpa, Great-Grandpa, Dad, and Uncle Ray cleaning walleye while I helped Grandma tend to the garden. These are the people who shaped and molded me... 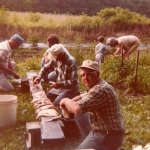 I used to have a path beat down in that field behind the garden which took me to the woods. Lots of time was spent with my grandparents growing up. I can remember waking up early to have breakfast with grandpa before he went to work. While he was gone I'd help grandma with whatever needed done and then I'd just be outside wandering around.

The woods had a creek running through them and that always kept me busy. Building dams, catching crayfish, frogs and snakes. Anything I could do to get muddy and be around critters. I can remember sneaking up on a doe and her fawn accidentally one time as they were getting a drink from the creek. I spotted them from maybe 50 yards away and slowly snuck as close as I could get to them. The hunting gene was active even before I knew it! I feel so fortunate to have been able to grow up in that environment.
Reactions: Trueroots and brock ratcliff

Here is the moose my grandpap killed the day I was born. I got the shirt he is wearing still and the rifle he used. They had a sense of humor as well! hahaha 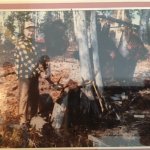 did I kill this thread, come on guys lets keep seeing some pictures!

Bitter sweet rereading this one. Jeff has some great entries here.

Found this going through some pics. I was maybe 15. Dad and I caught these flounder off a bridge in Clearwater, Fl. 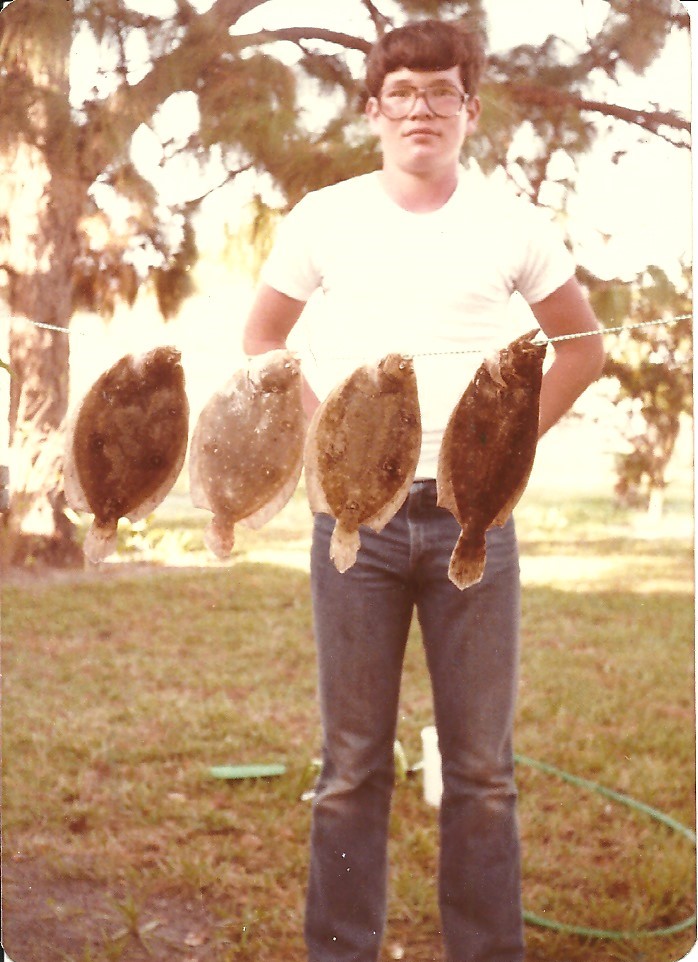 Reactions: Curran, jagermeister, finelyshedded and 10 others

Nice Sam. My grandfather used to take me fishing at Howard Park in that area. Fond memories of an old man and a young fella.
Reactions: Ohiosam and finelyshedded

Ohiosam said:
Found this going through some pics. I was maybe 15. Dad and I caught these flounder off a bridge in Clearwater, Fl.View attachment 97112
Click to expand...

Nice.... Another few months from now you’ll be that size again

Me, my bro, and some buds during high school... 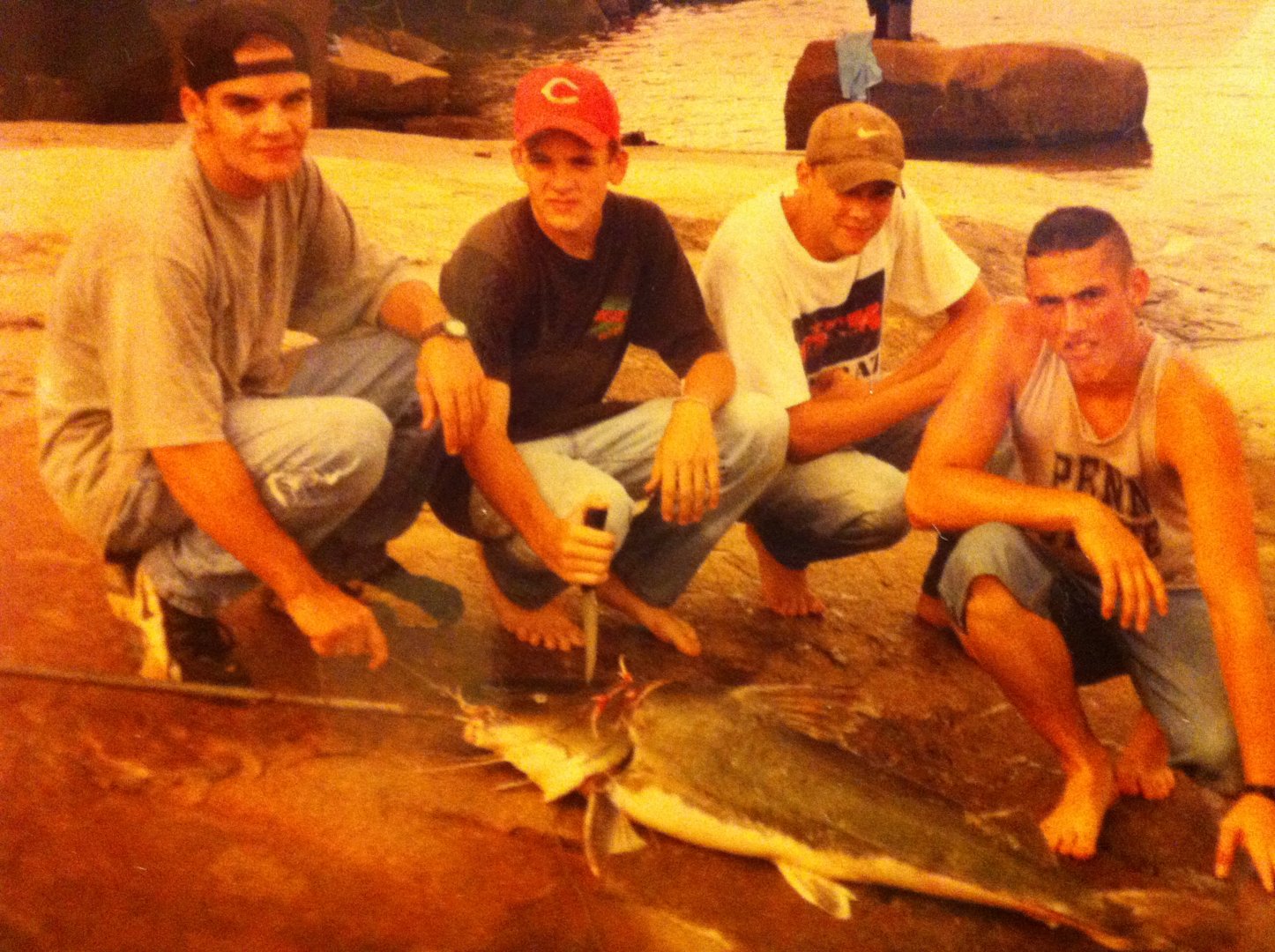 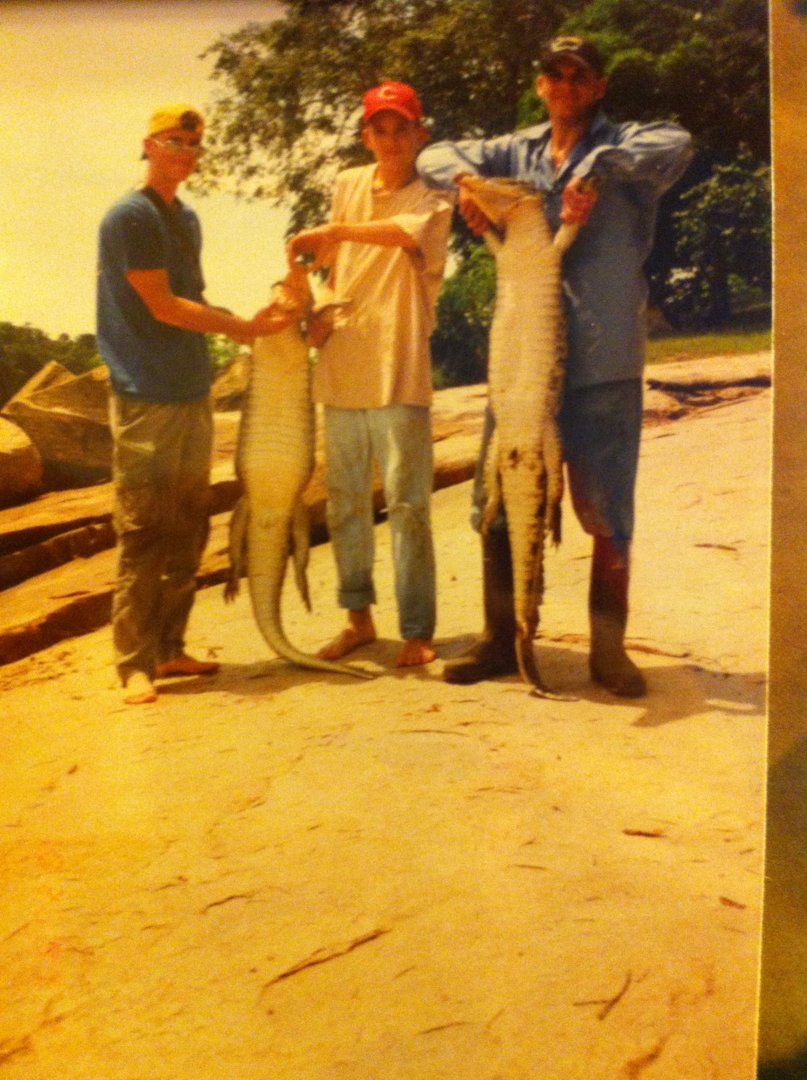 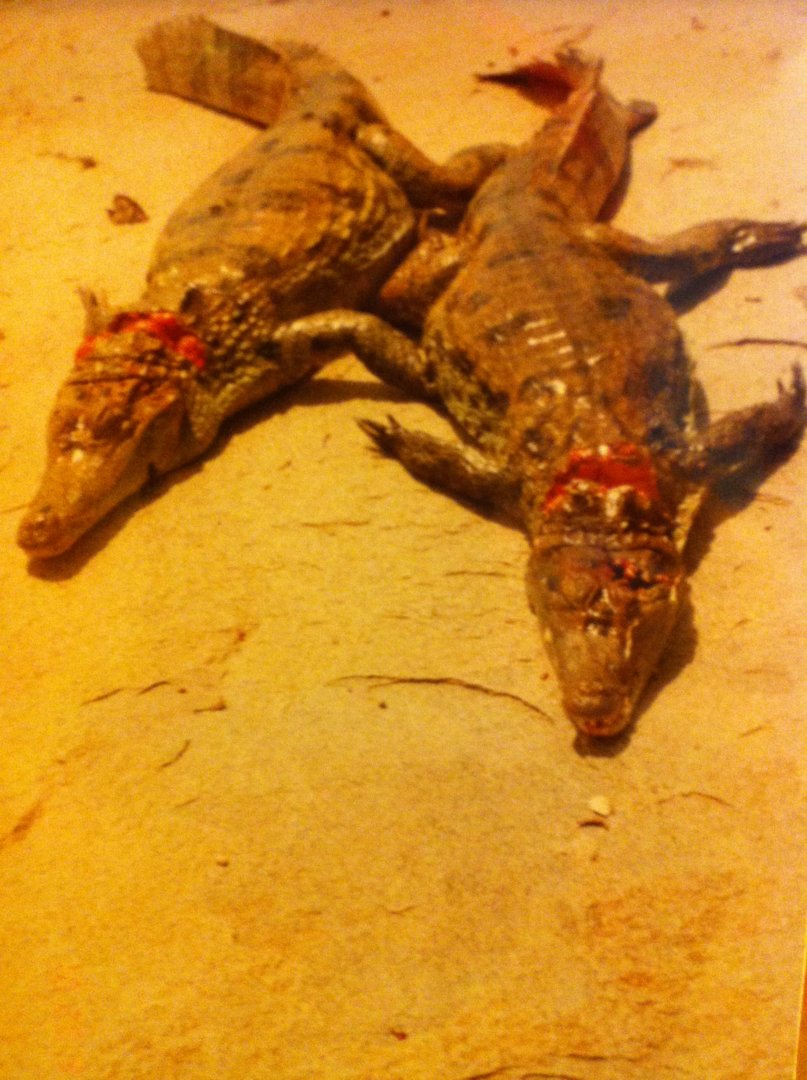 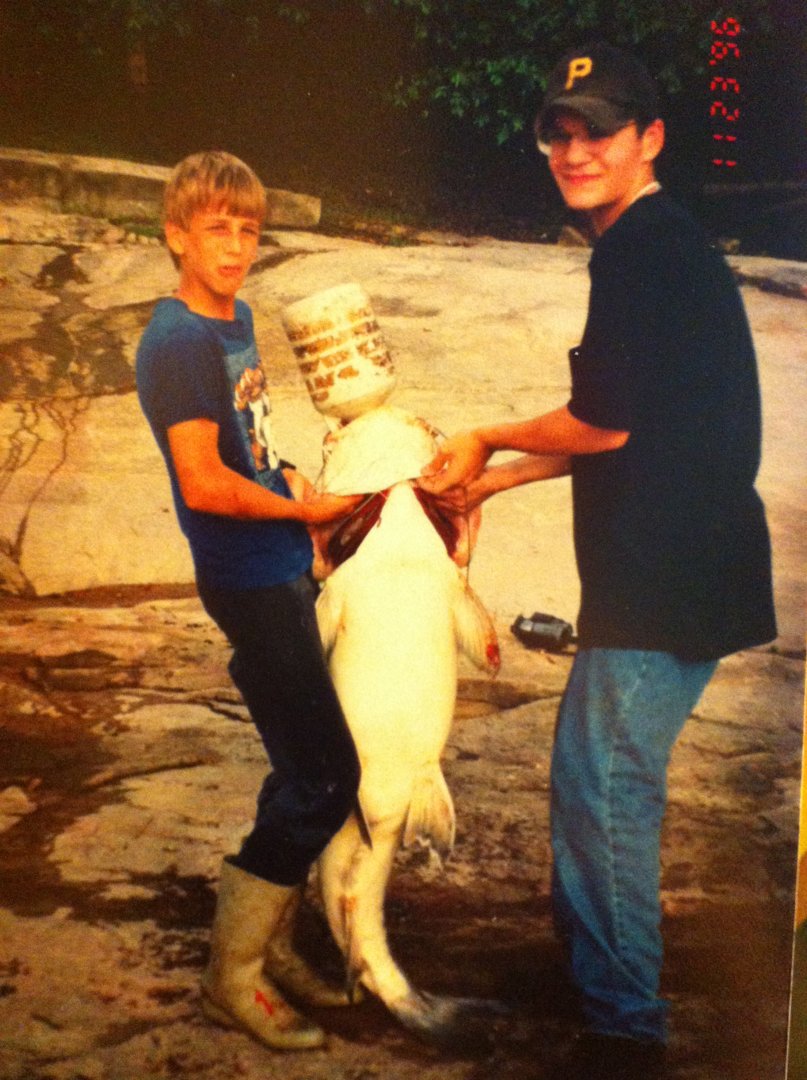 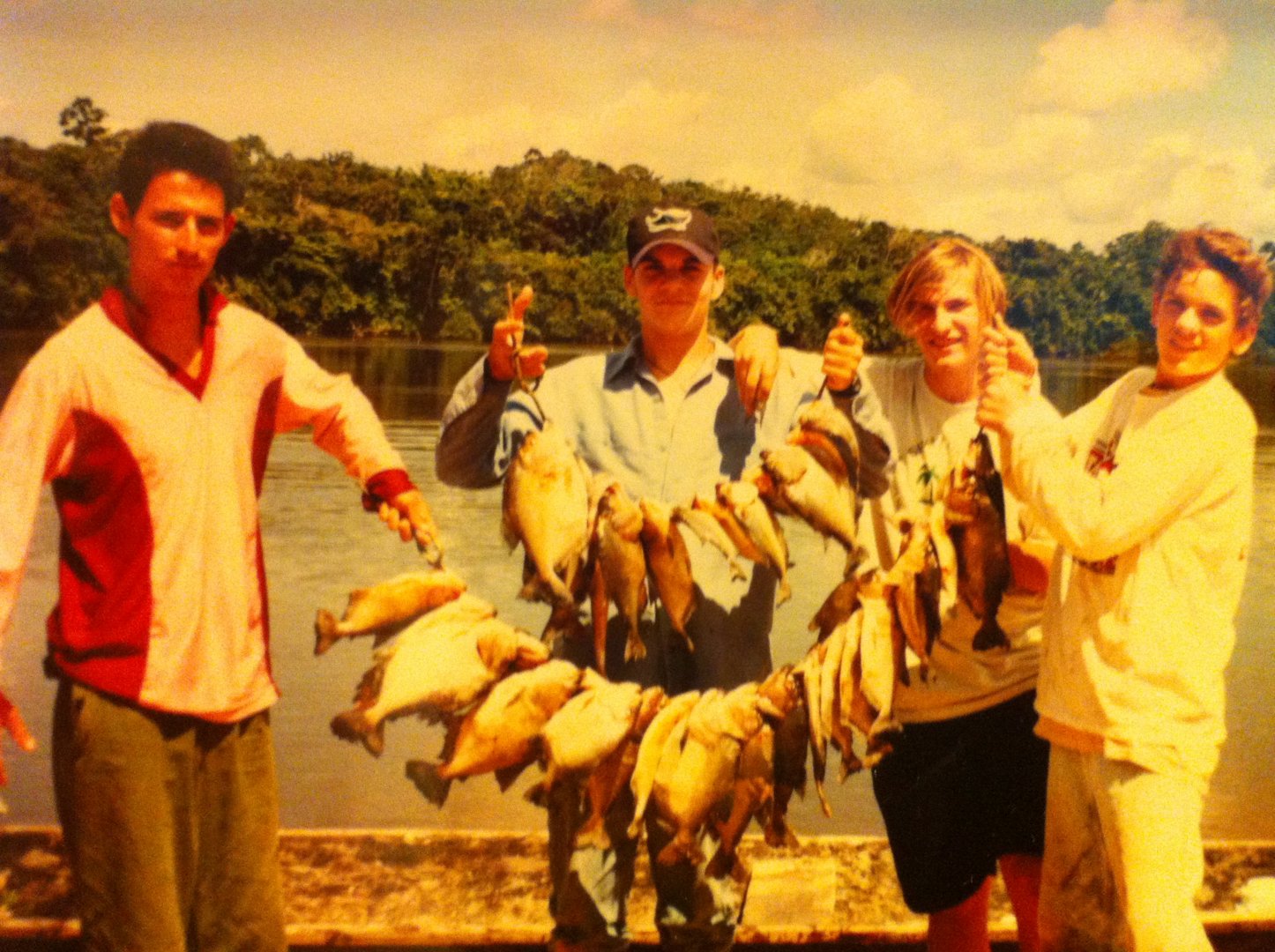 Reactions: Curran, jagermeister, xbowguy and 9 others 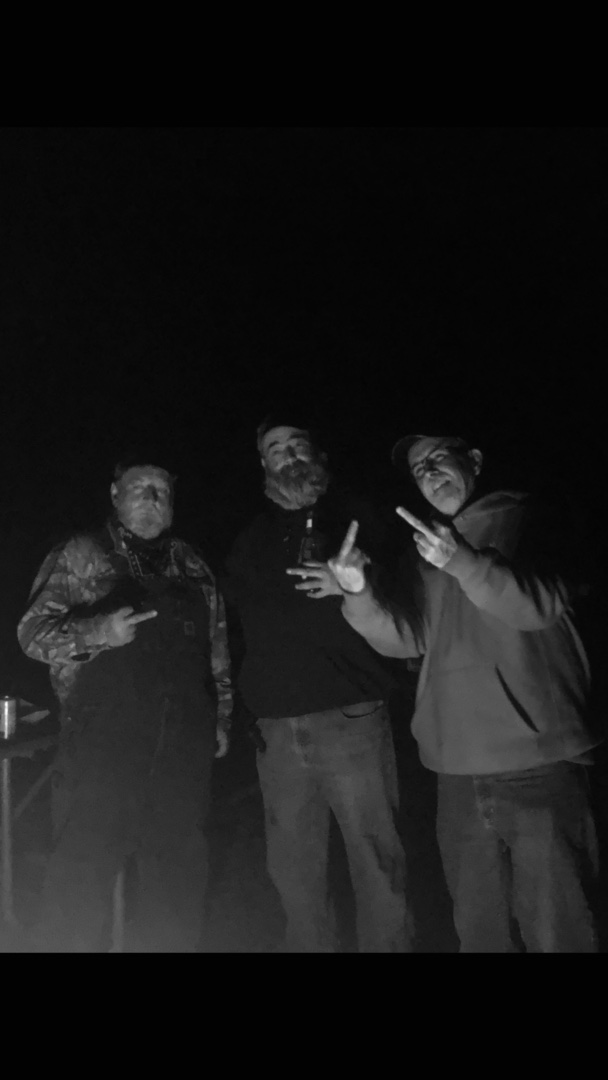 Some of the bucks our gang had taken. I’d guess about 1987. I’m in the blue shirt on the right. 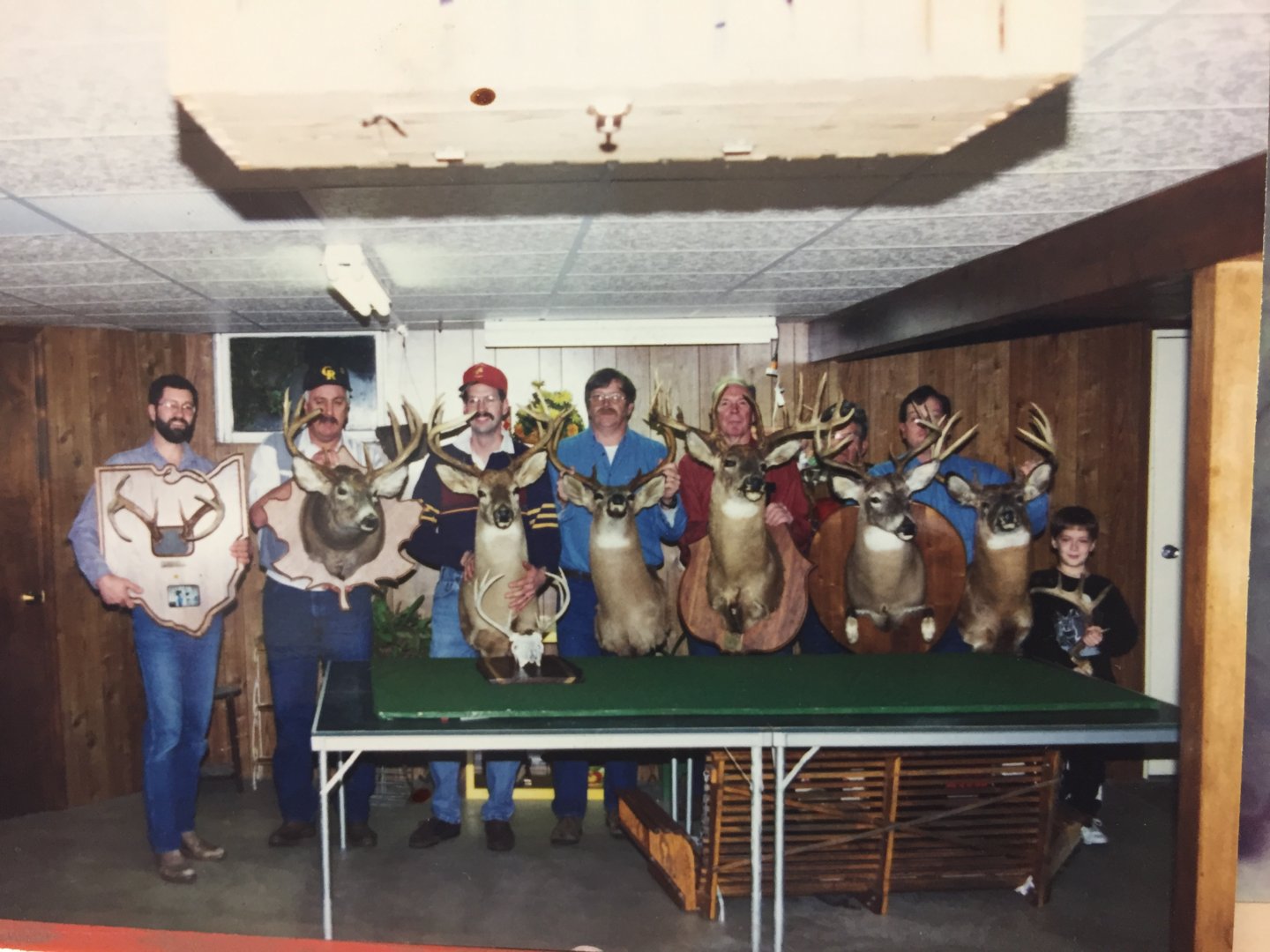 My waterfowling interest (or obsession) was undoubtedly my destiny long before I was ever a figment in either of my parents’ minds. 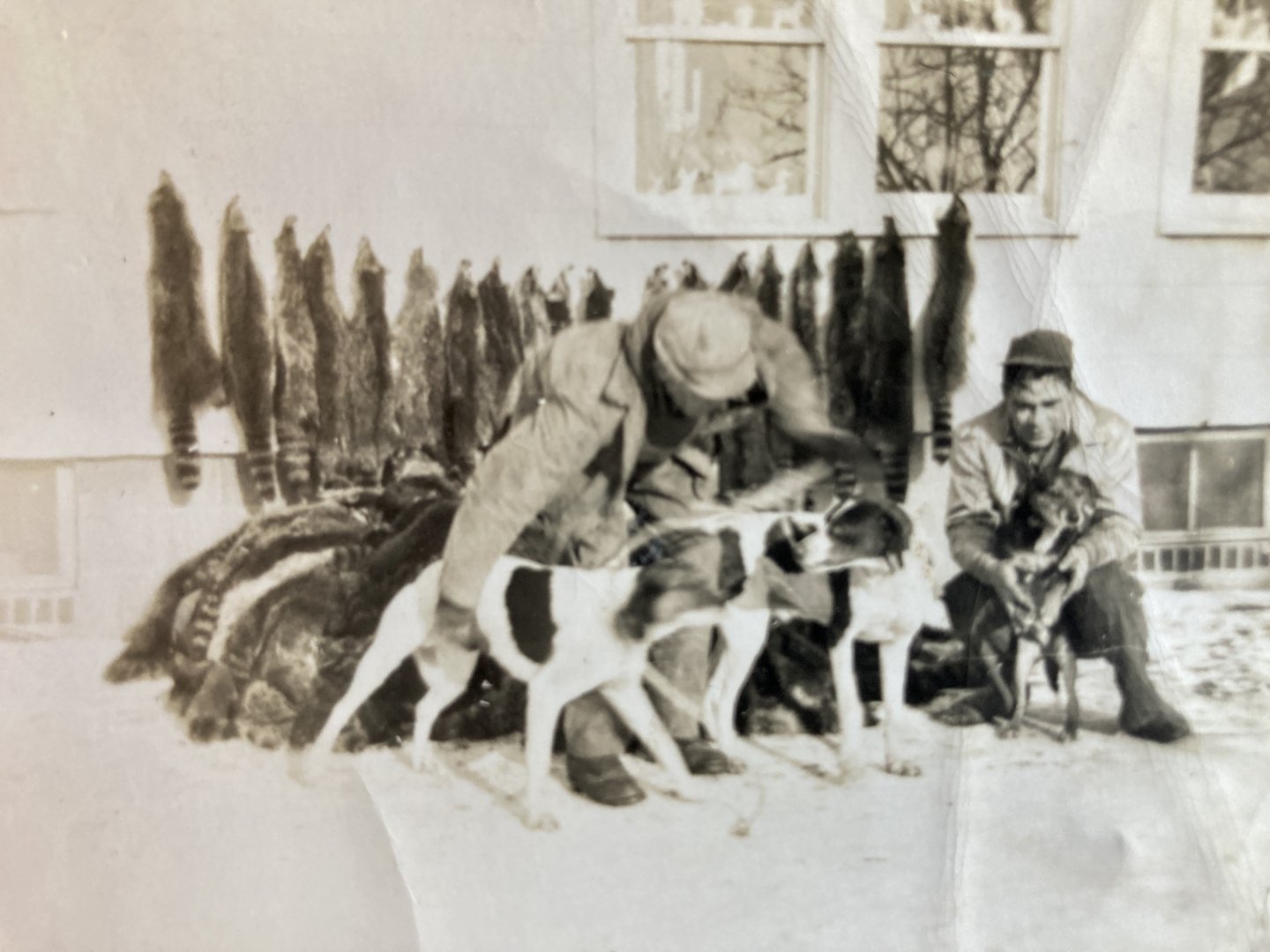 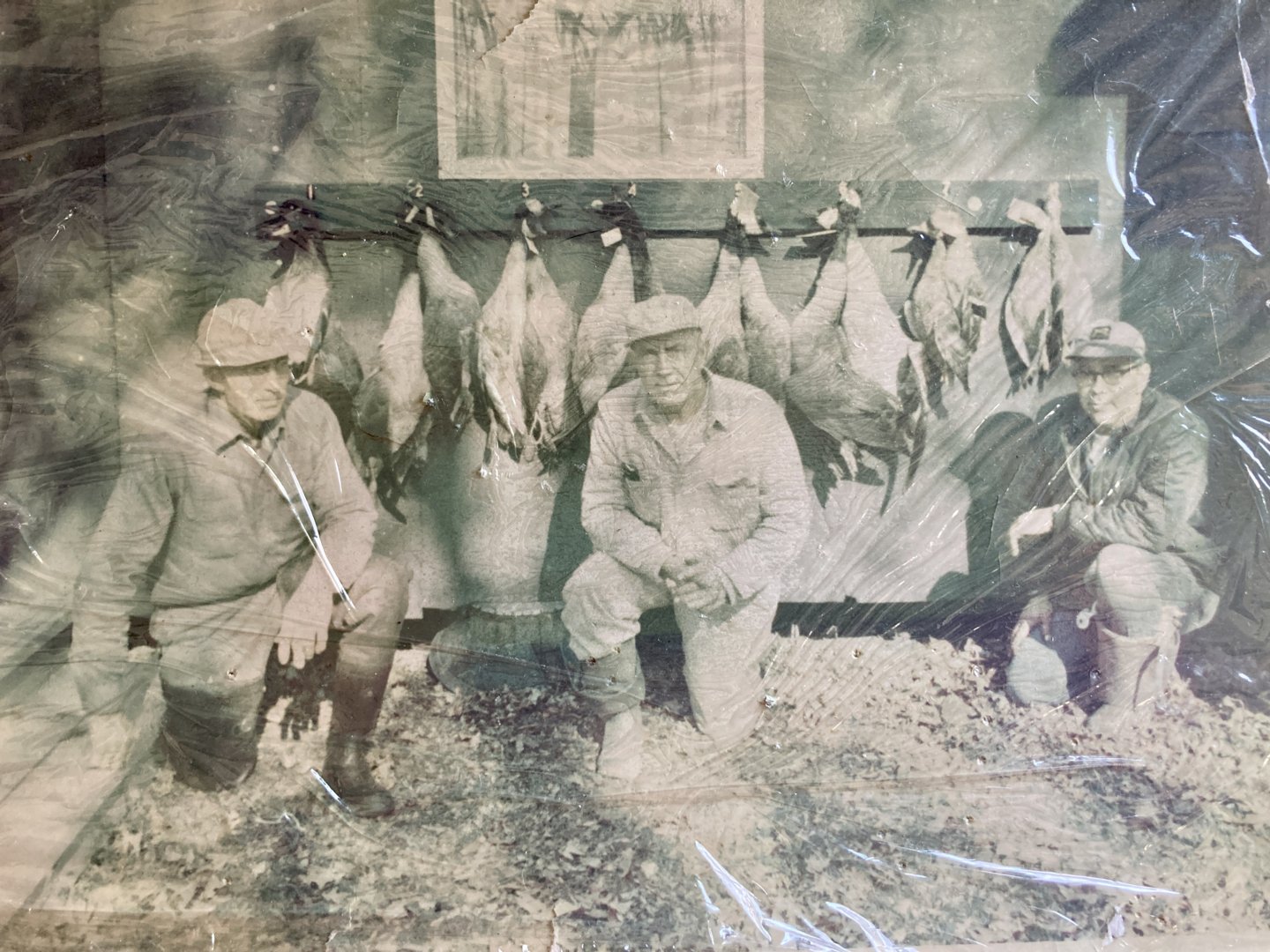 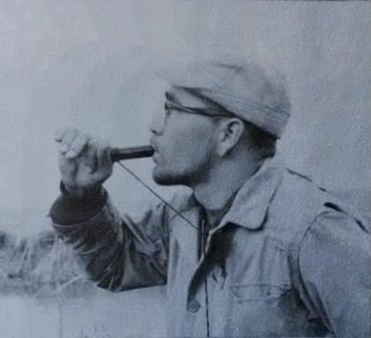 Cool little fact... my grandfather only had one eye. He took a pellet gun to school as a young kid and accidentally shot his eye out. He then shot right-handed, with only having a left eye, and according to local legend he was one of the best shots in this zip code. He was also asked to play catcher for a Chicago White Sox minor league team, however was dismissed when it was discovered he only had one eye.

Much to his detriment, my grandfather was also an alcoholic and he loved to fight. So he was well-known around all the local watering holes. At one time, one bar held a contest titled “Who can tell the biggest lie?” After a bar room full of drunks told their amusing stories, they all looked to my grandfather and said, “Hey Artie... tell us a story!” His response, “I ain’t never told a fuckin lie a day in my life!”

He won the contest.

Reactions: Trueroots, Curran, giles and 8 others