Figured I would get a thread going here for my 2011 trail cam pics. I am running 4 Spypoint IR-6's this year, so I am looking forward to lots of pictures. Hope you all enjoy them as much as I do!

Some great looking bucks fluteman! give that first buck acouple years and he will be a monster!!!!!!!!!!!!!!

Def got some nice ones there...should have a good season!

where did that other guy come from? is one still drop tine?

Nice bucks there buddy. Good luck knockin one of them down this fall.

A little bit of everything there. Nice!

I don't know which one I'd make my main target! Nice bucks!

You def got some dandies.... that droptine def has the ability to be something special in a couple years!

Very nice! Thanks for sharing Greg!

You've got some nice target for the fall!! Keep those pics coming.

I'd have my eyes set on that big 8 if I were you, buddy. Nice bucks!

Thanks for the compliments fellas. Here's a little background on these three bucks.

The first buck is a 2 year old buck that I plan to pass on. He just has TOO much potential to shoot just because he has a few NT points. He is a 13pt with a drop on the right, a kicker on his left g2, and an additional kicker coming off the base of the g3 on the left. He has been passing through every evening just before dark, and every morning just before sunrise. I hope he sticks around.

The eight point is a dandy young buck, probably another 2 year old, that I have pictures of last year, one we called Long Neck. This deer put on some serious mass and tine length in a year. He is another up-and-coming buck that I will probably pass on.

The background buck is one we refer to as Short Tine Ten. We have watched him for the last three years and have always given him a pass in hopes he would turn into something bigger, but it just hasn't worked out that way. STT is at least a 4 year old buck, and I feel he has reached his peak. If he walks in front of me this fall, I will (attempt to) deflate his lungs.

Agree with you on the drop tine Greg! Cool rack now but boy could he become something special.

If that 8 pointer is only a 2 yr old that's fuggin impressive!

Great pictures! Thanks for sharing.

Alright fellas, I finally got a chance to get out and check two of the cams I have out. The farm is roughly 250 acres, with approximately 80 acres planted in corn. The surrounding farms are also planted in corn, and the closest beans are 1.5 miles away. I've hunted this farm since I was 12, and have seen trophy bucks come and go over the years.

So, after 8 days of running two cams, I decided today would be a good day to get out and check them. I put out 75lbs of corn in both locations, and all of it was gone. I was very pleased when I opened both cameras and saw 1700+ on one and 1800+ on the other. Once I got home, the satisfaction kept rolling as I scrolled through the pics.

This was the first guy that popped up on my screen. A good looking young buck 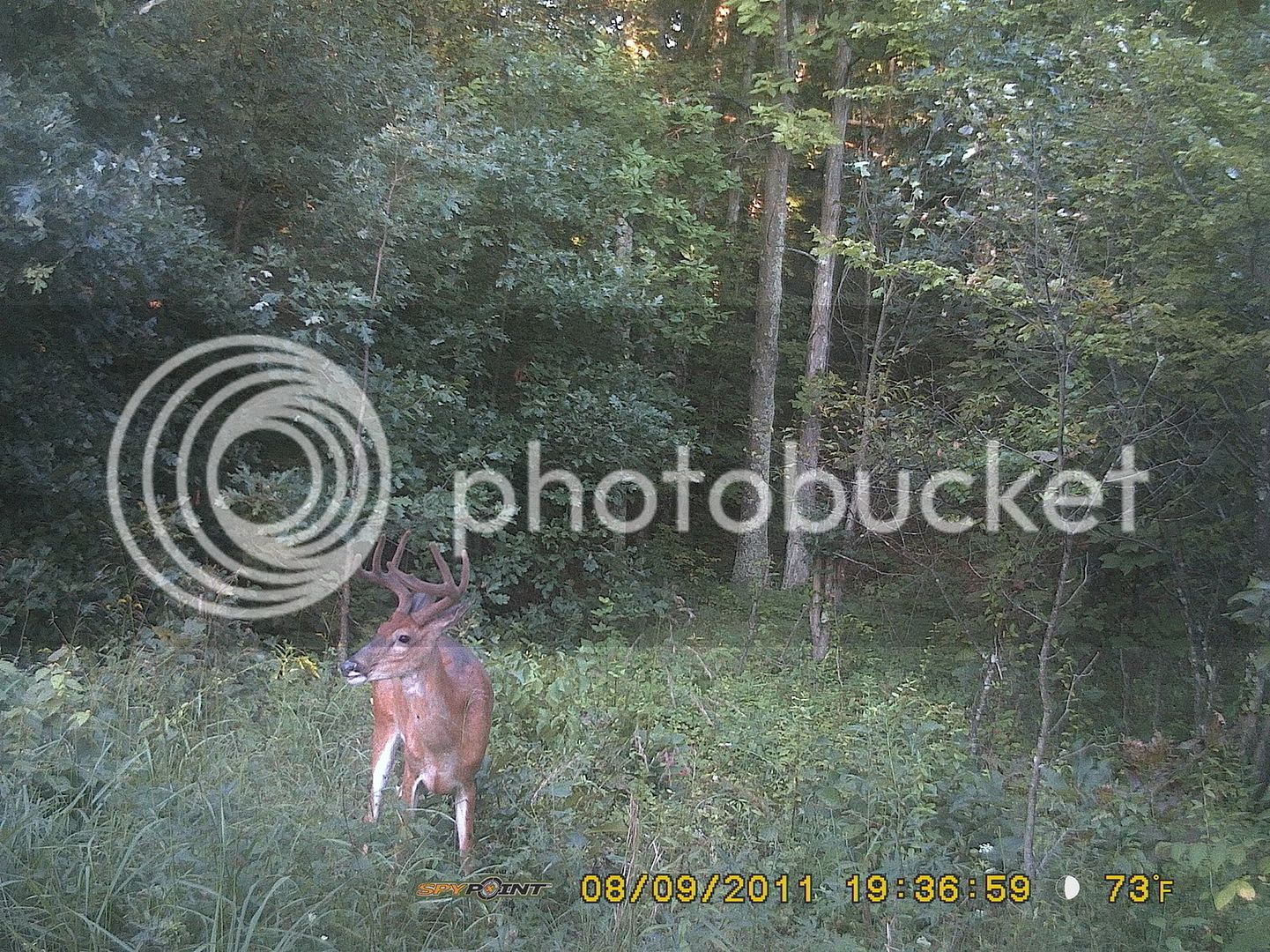 This dude was next. Nothing impressive, just an odd rack. I am calling him Claw. 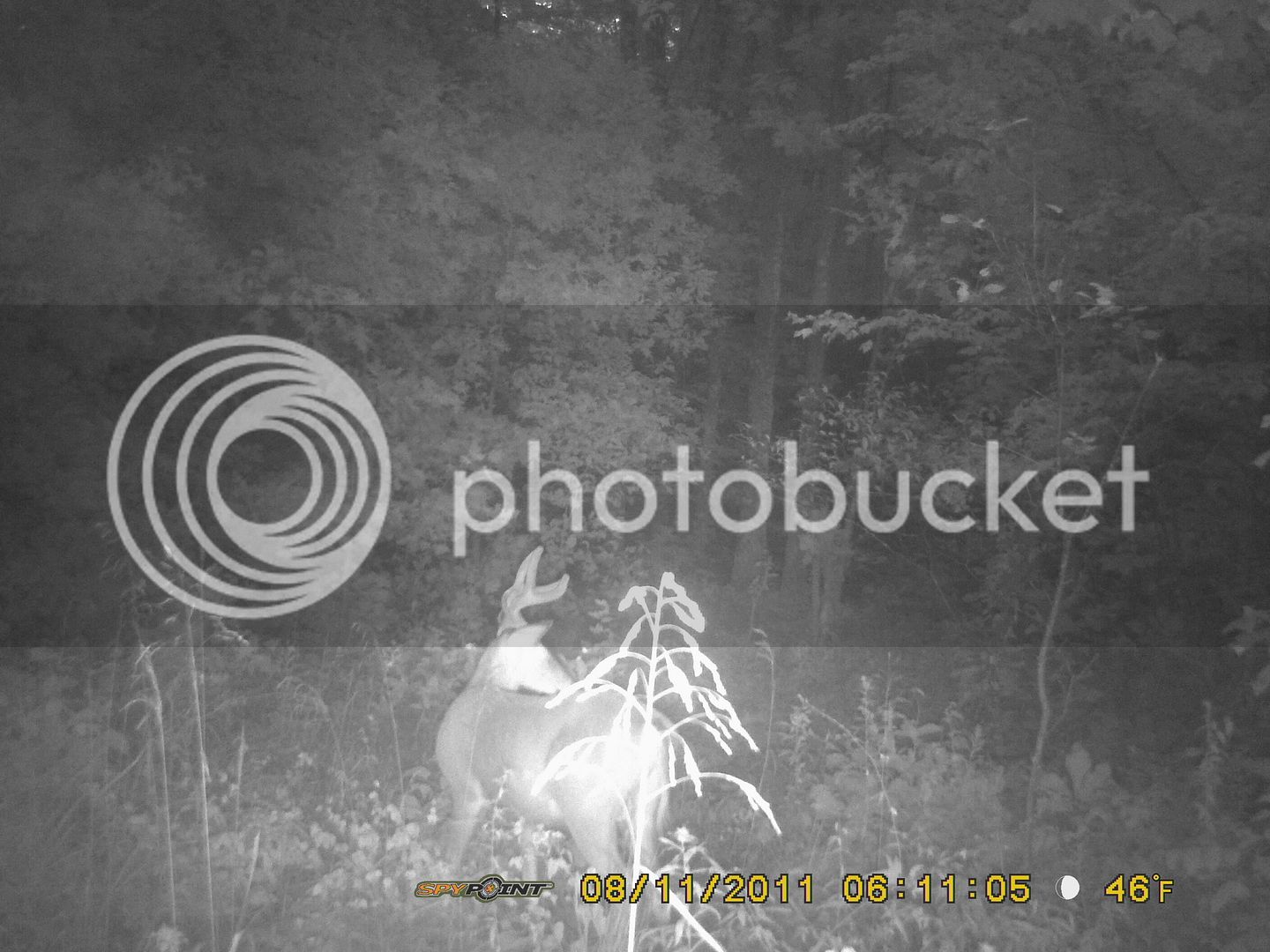 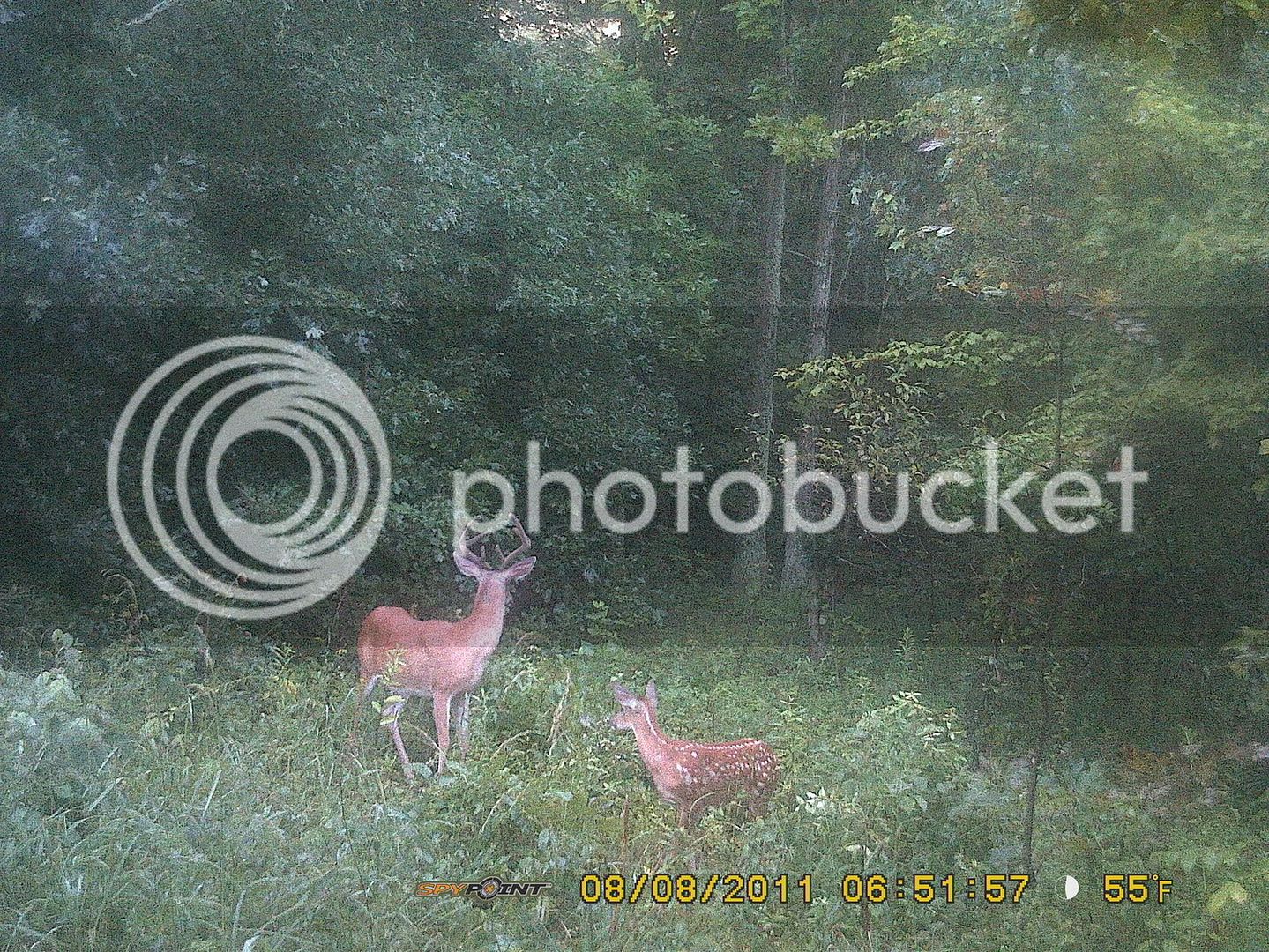 Claw decided to bring an older friend, a Typical Ten for this area. 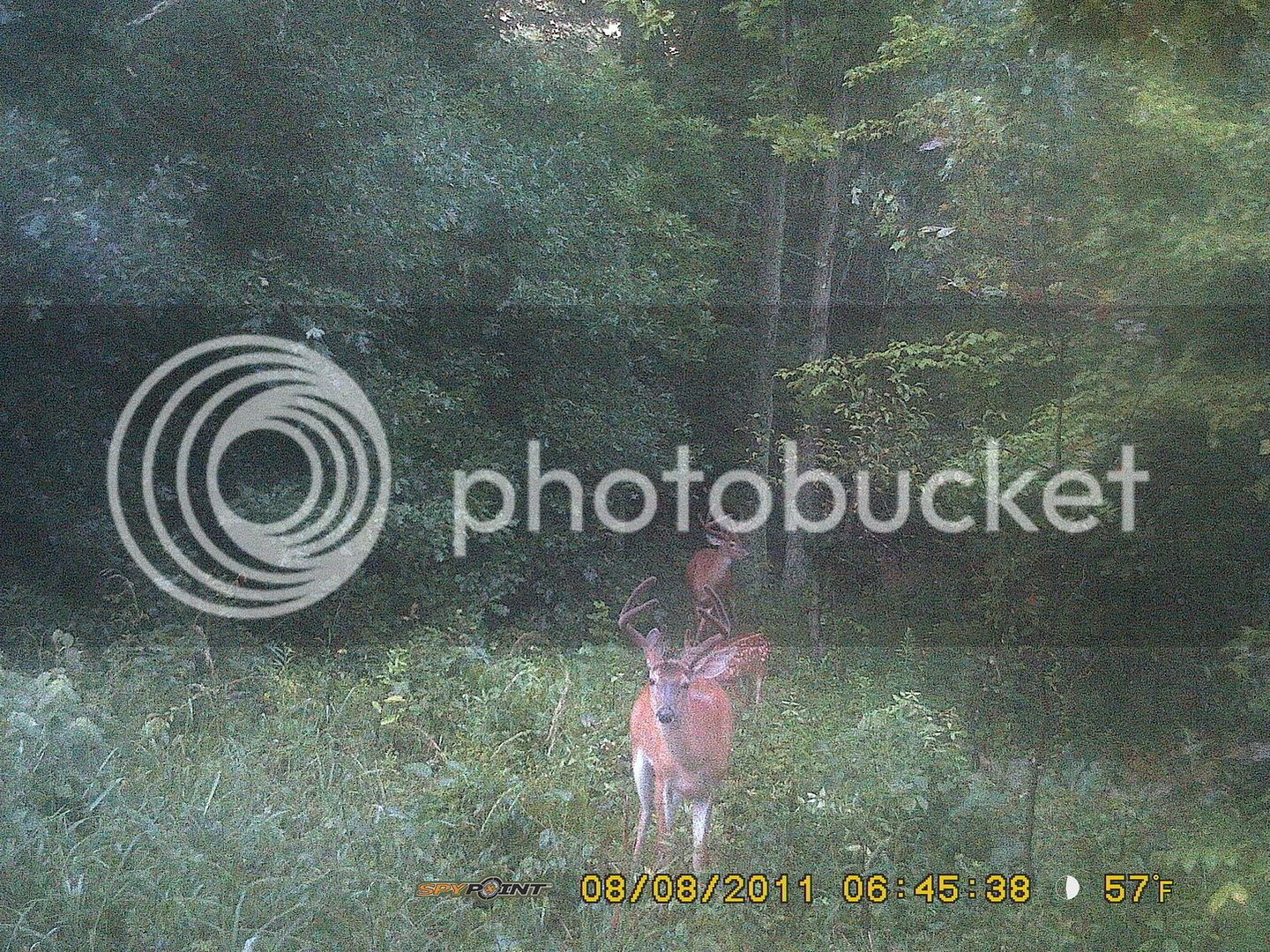 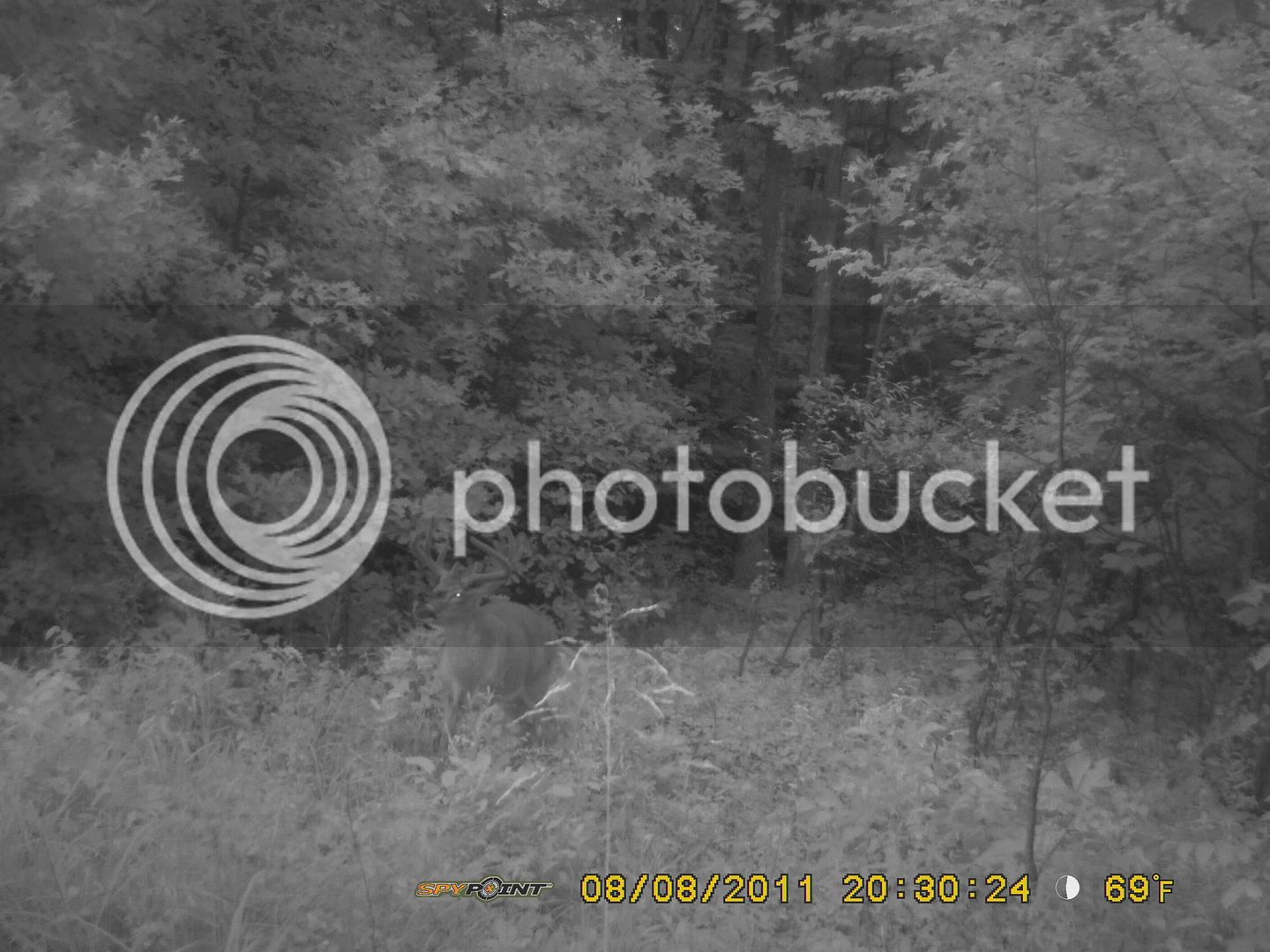 After Typical Ten spent some time filling his belly, he decided to bring his buddy to the buffet. We will call this guy Funkie Junkie. 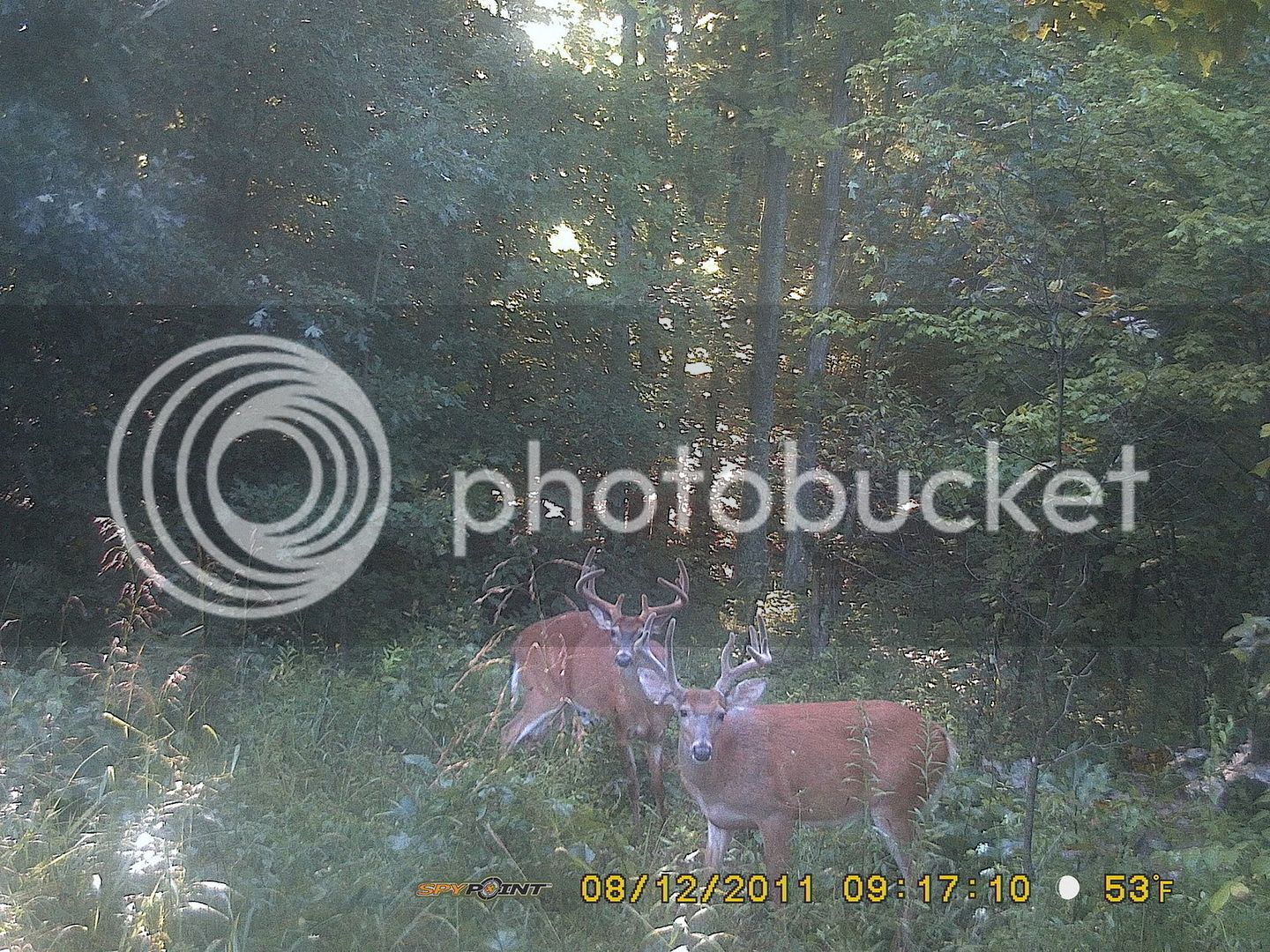 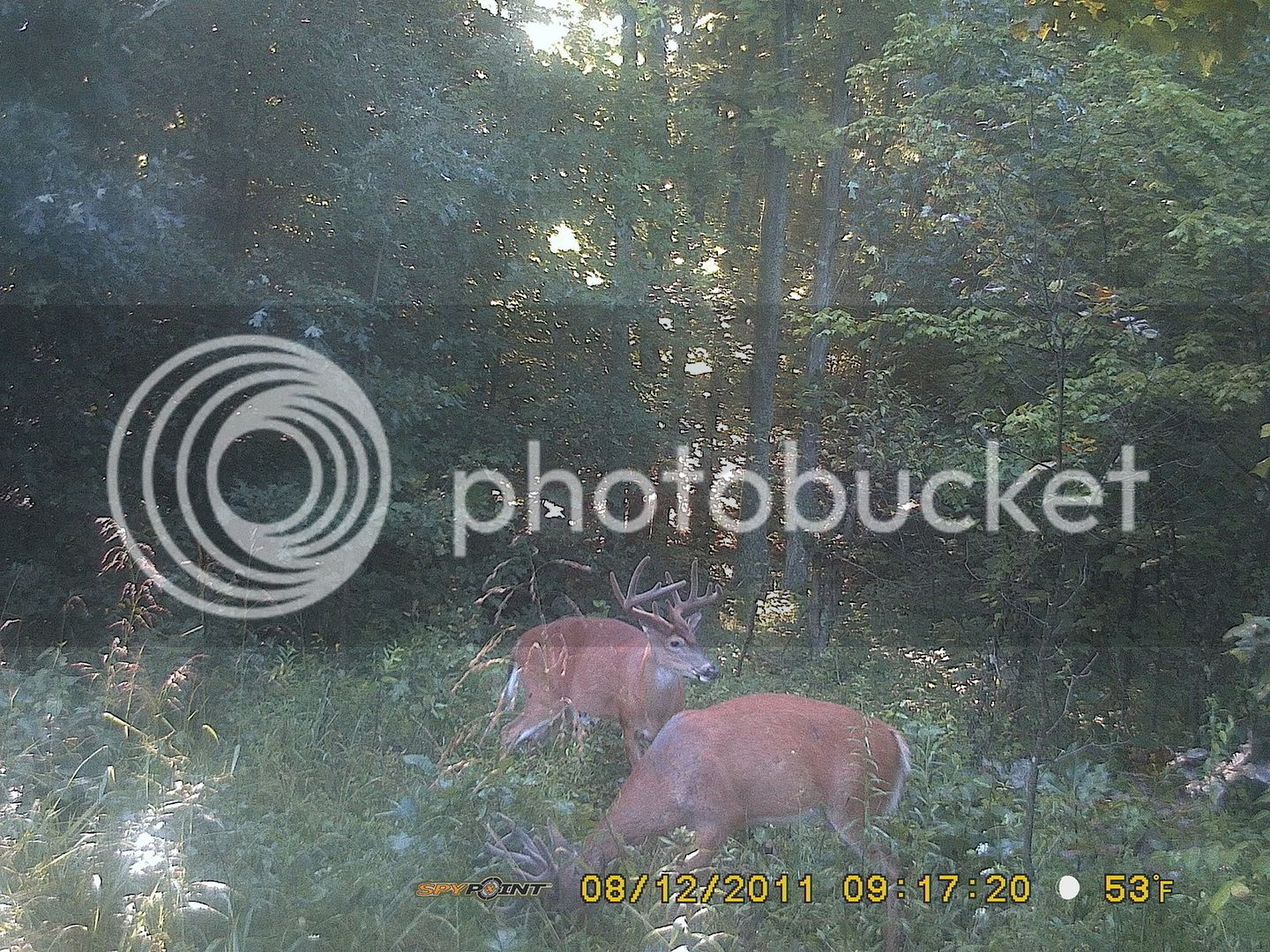 I guess FJ enjoyed the buffet as well, cause his buddy Glob came to join him a few times as well. 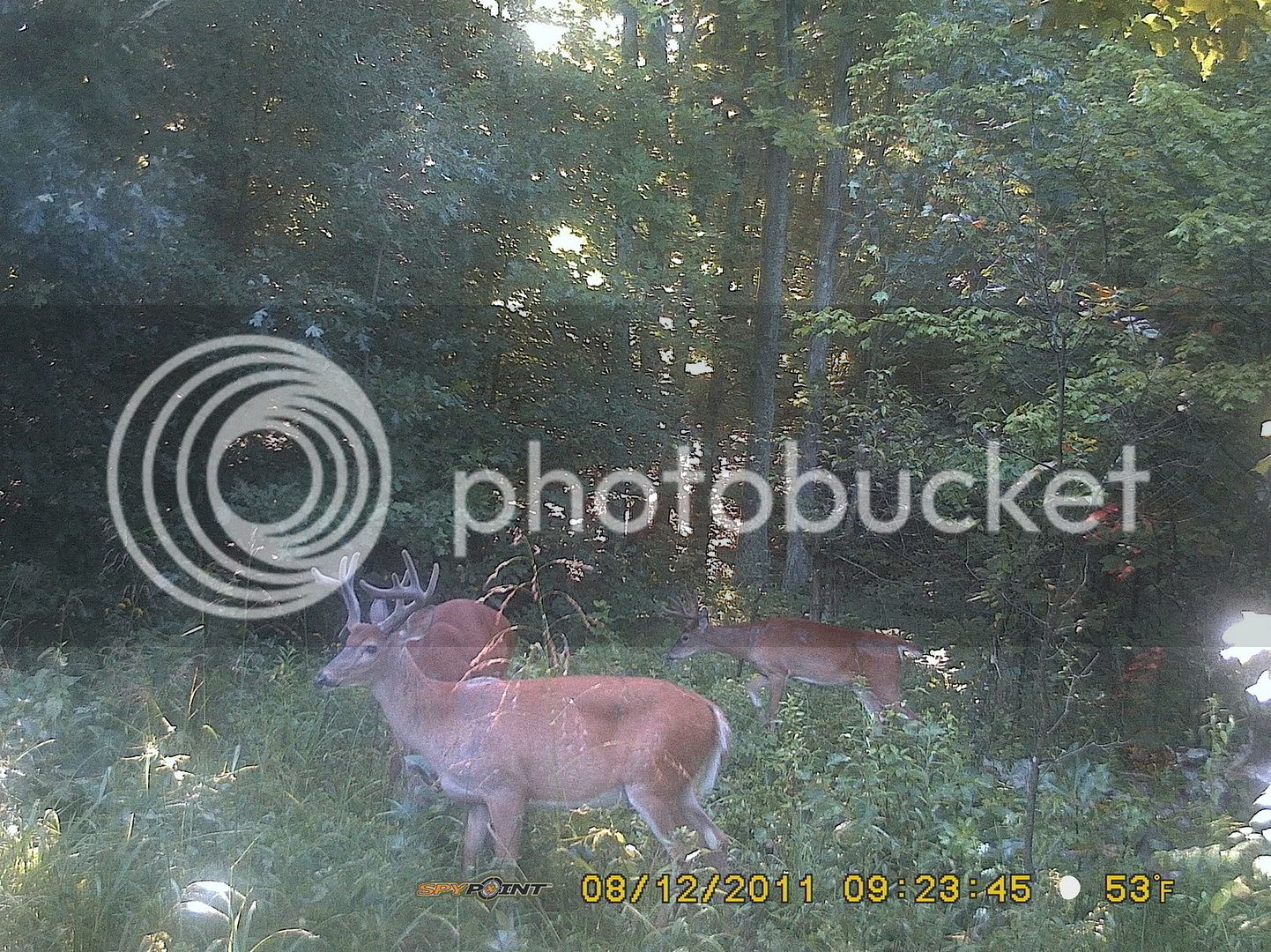 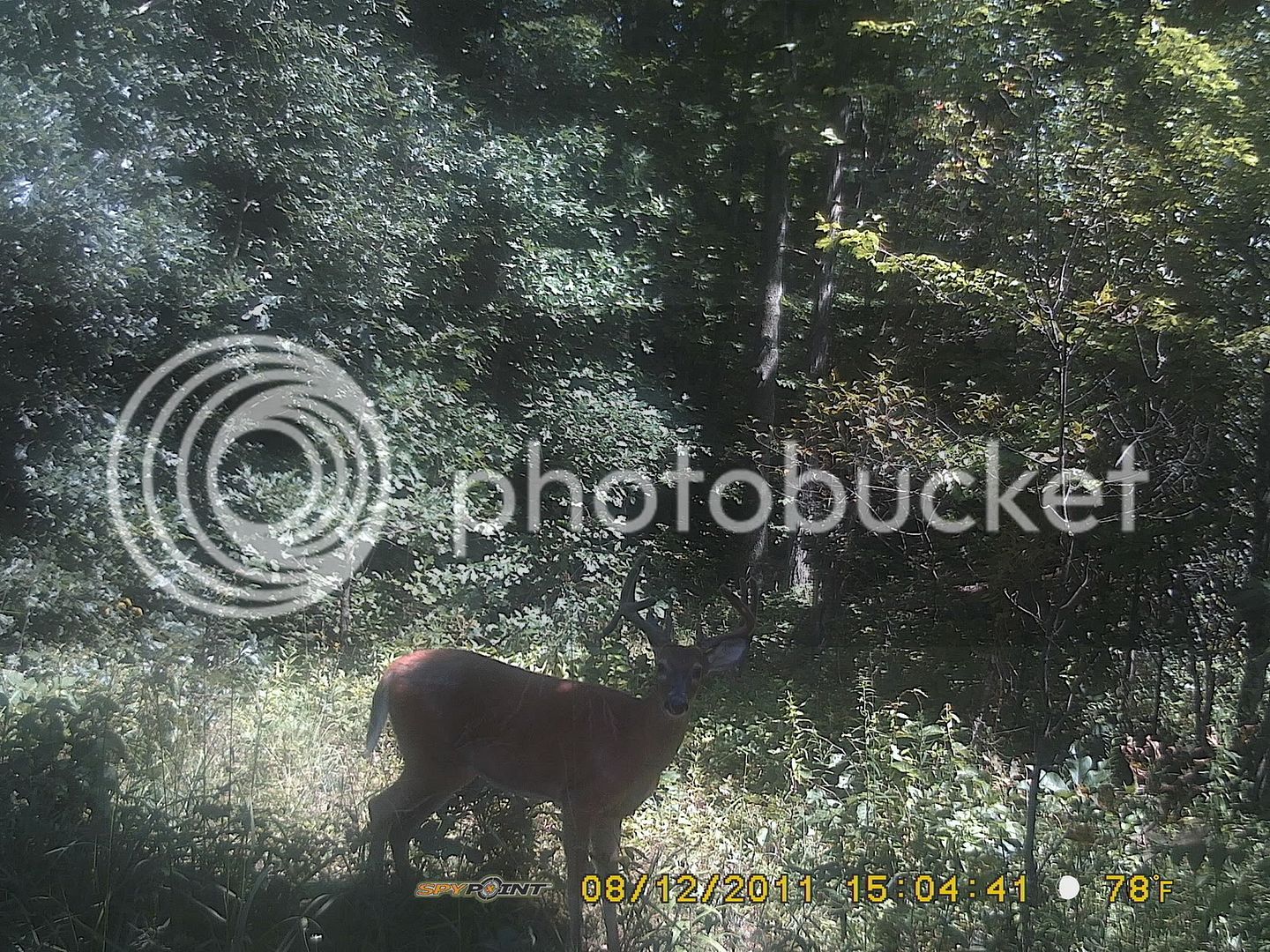 Glob decided to introduce a friend as well. Meet Crabby. 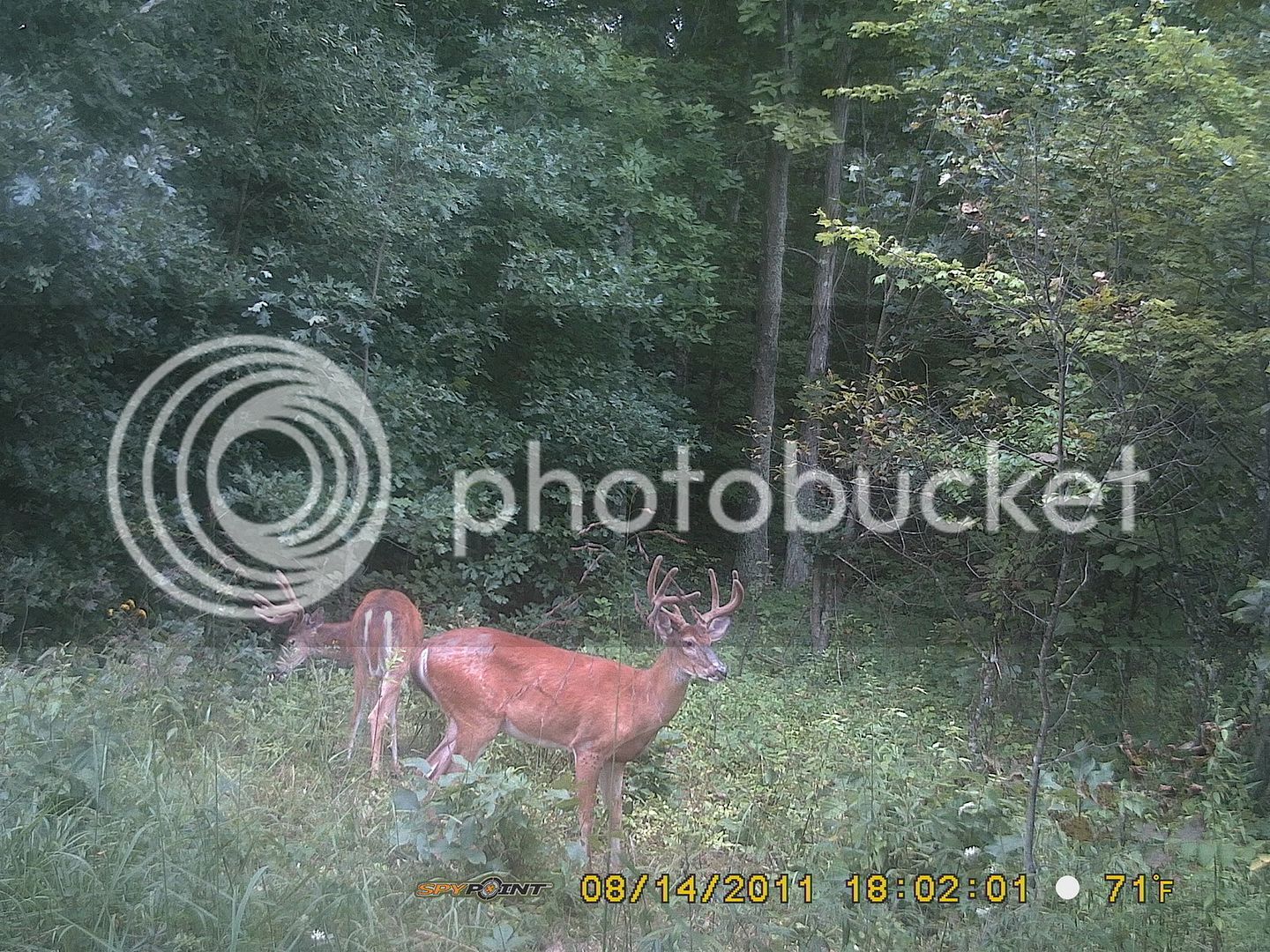 That picture of Crabby was the only one I got of him at this spot, and it left me wondering what he really looked like. Moving on to camera two, about half a mile west of this camera, I was pleasantly surprised to see Crabby making frequent appearances at the cam. 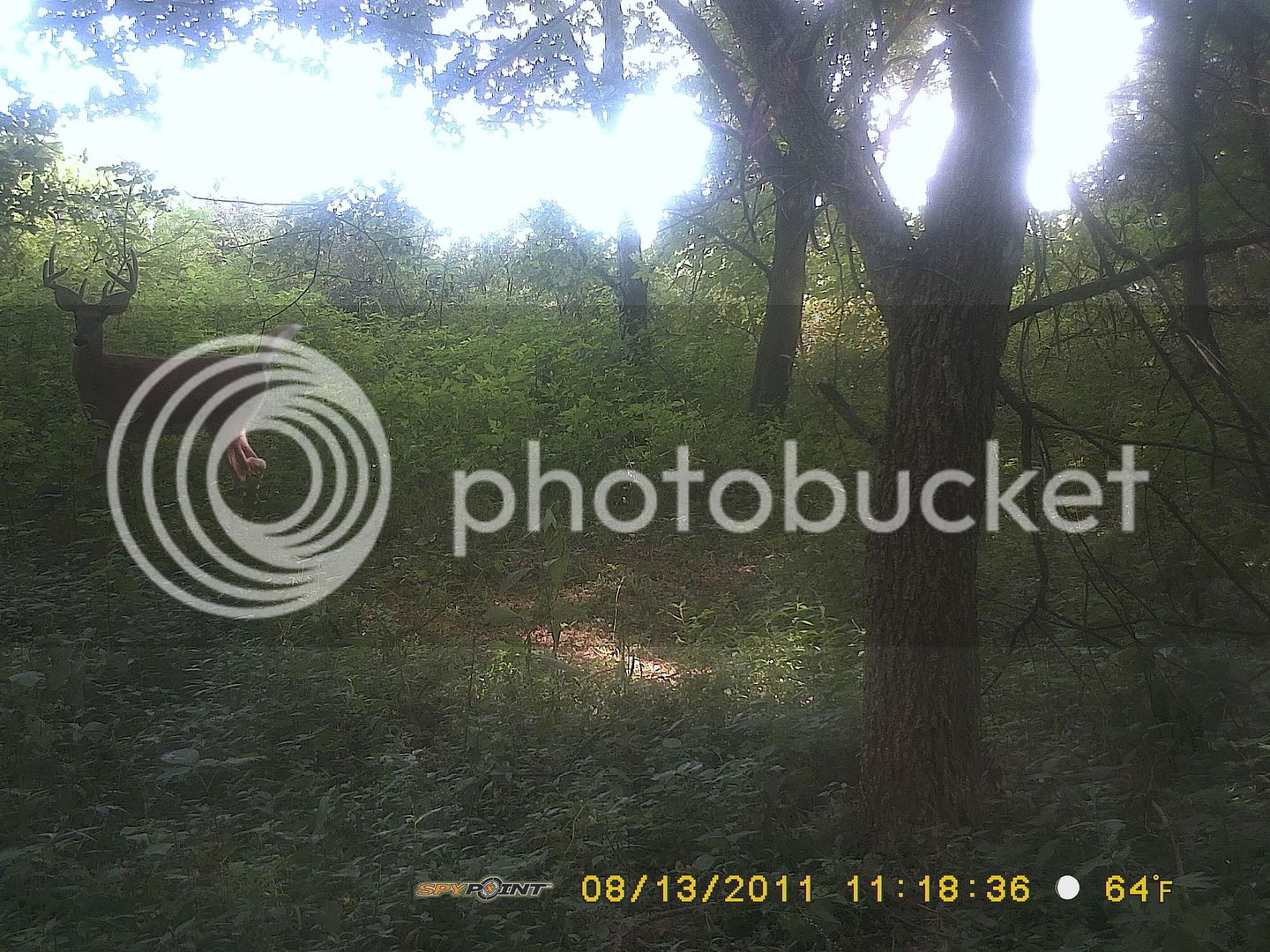 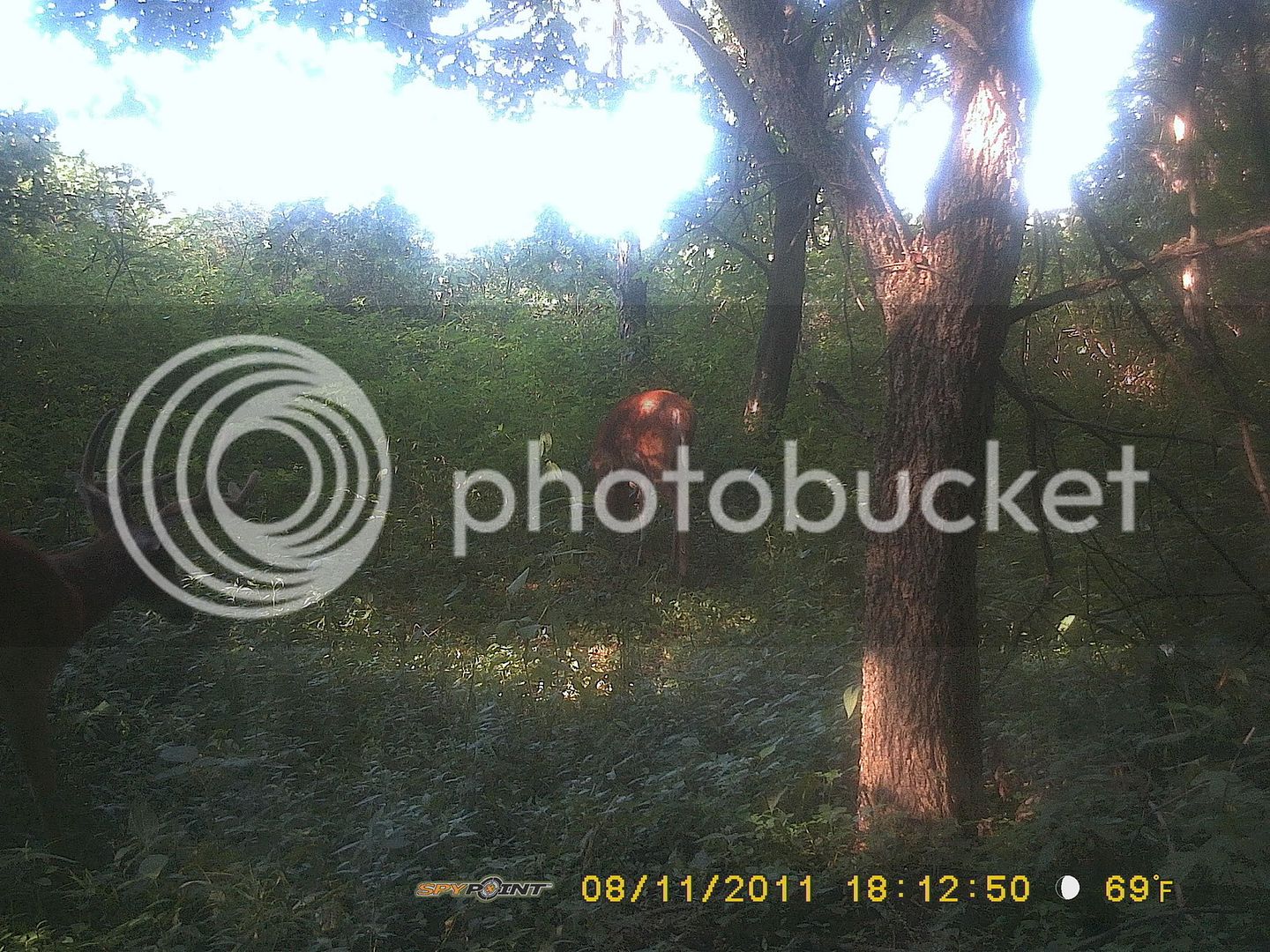 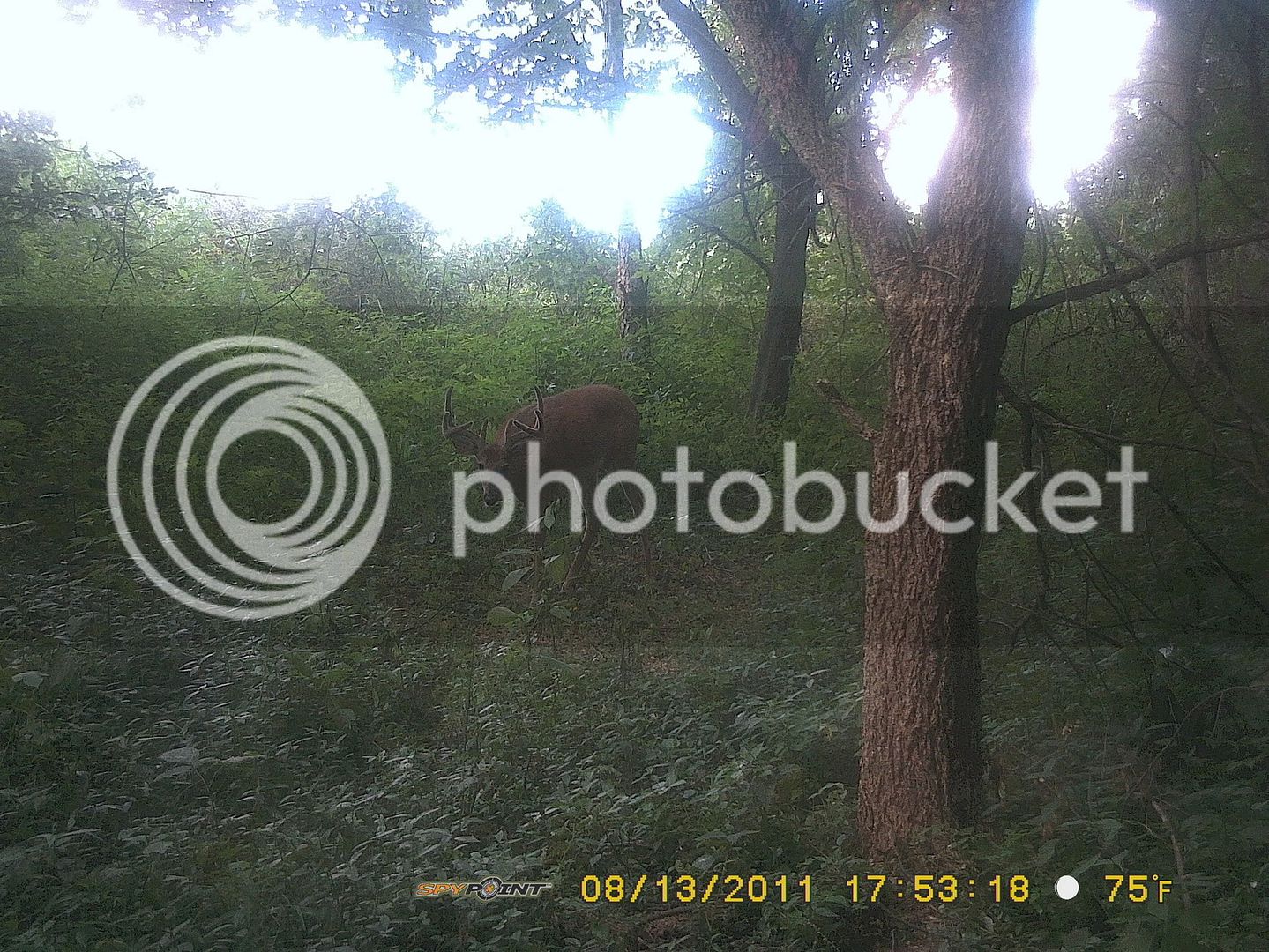 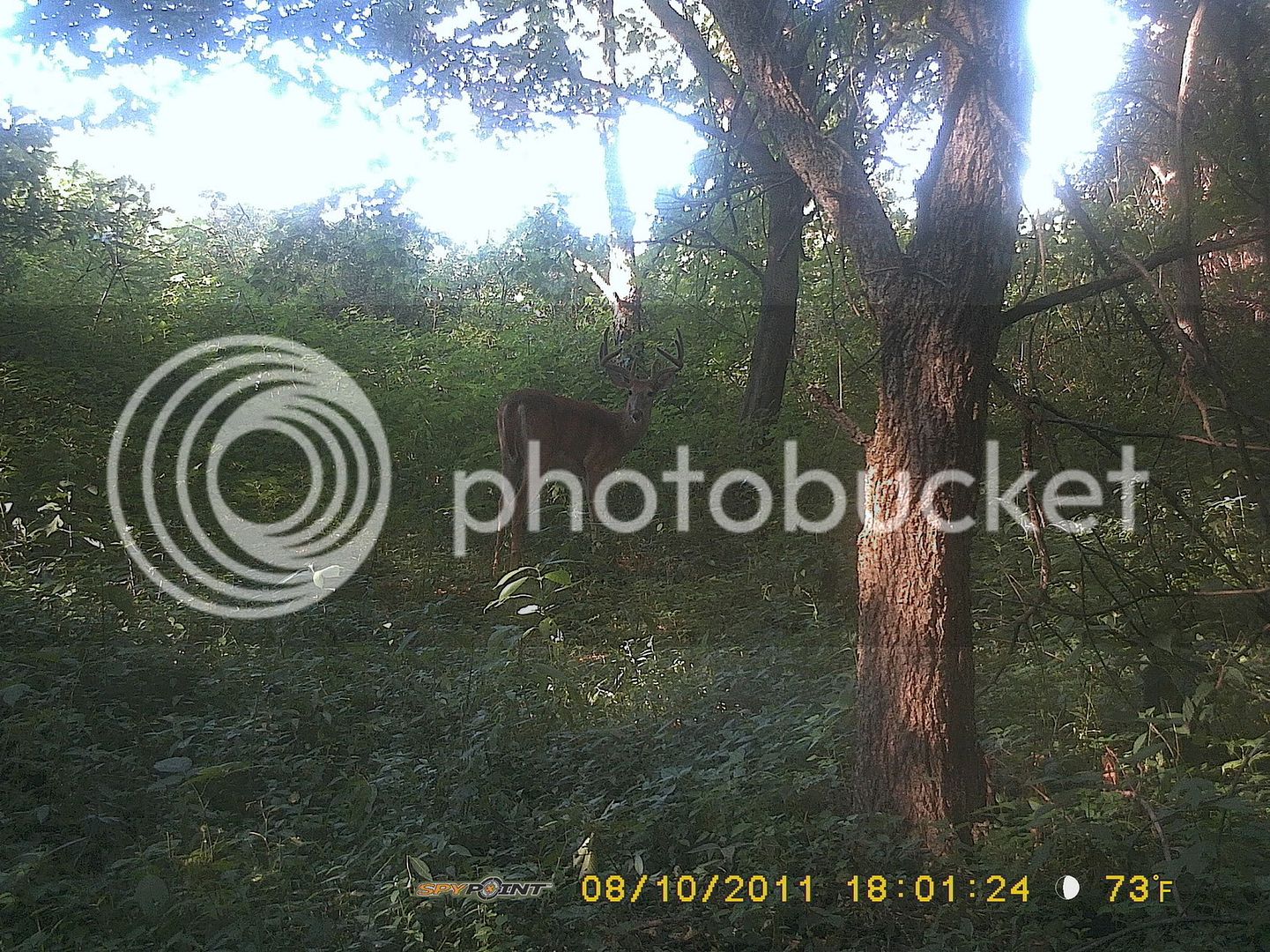 Typical Ten and Funkie Junkie also made frequent appearances on this cam as well. 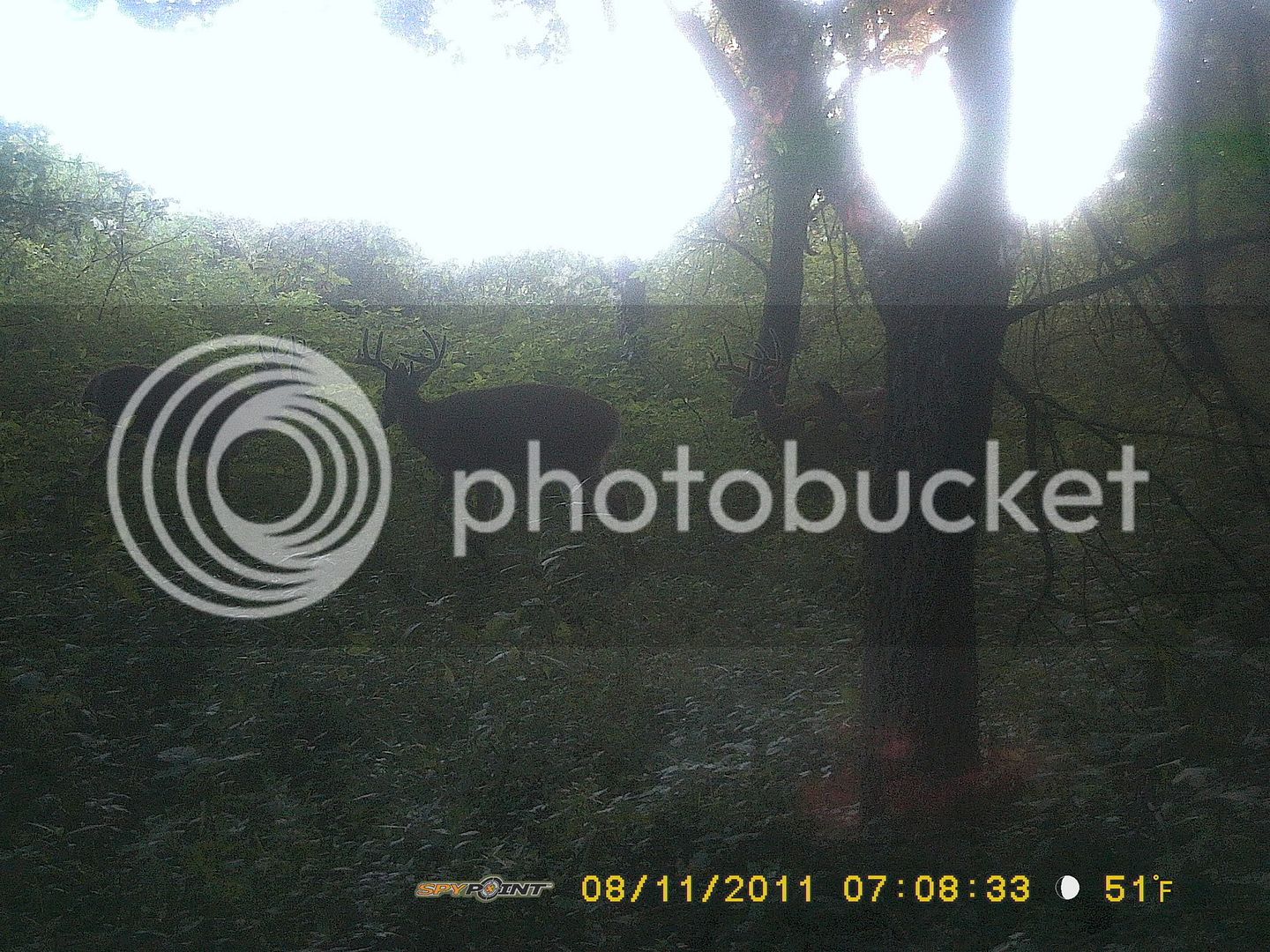 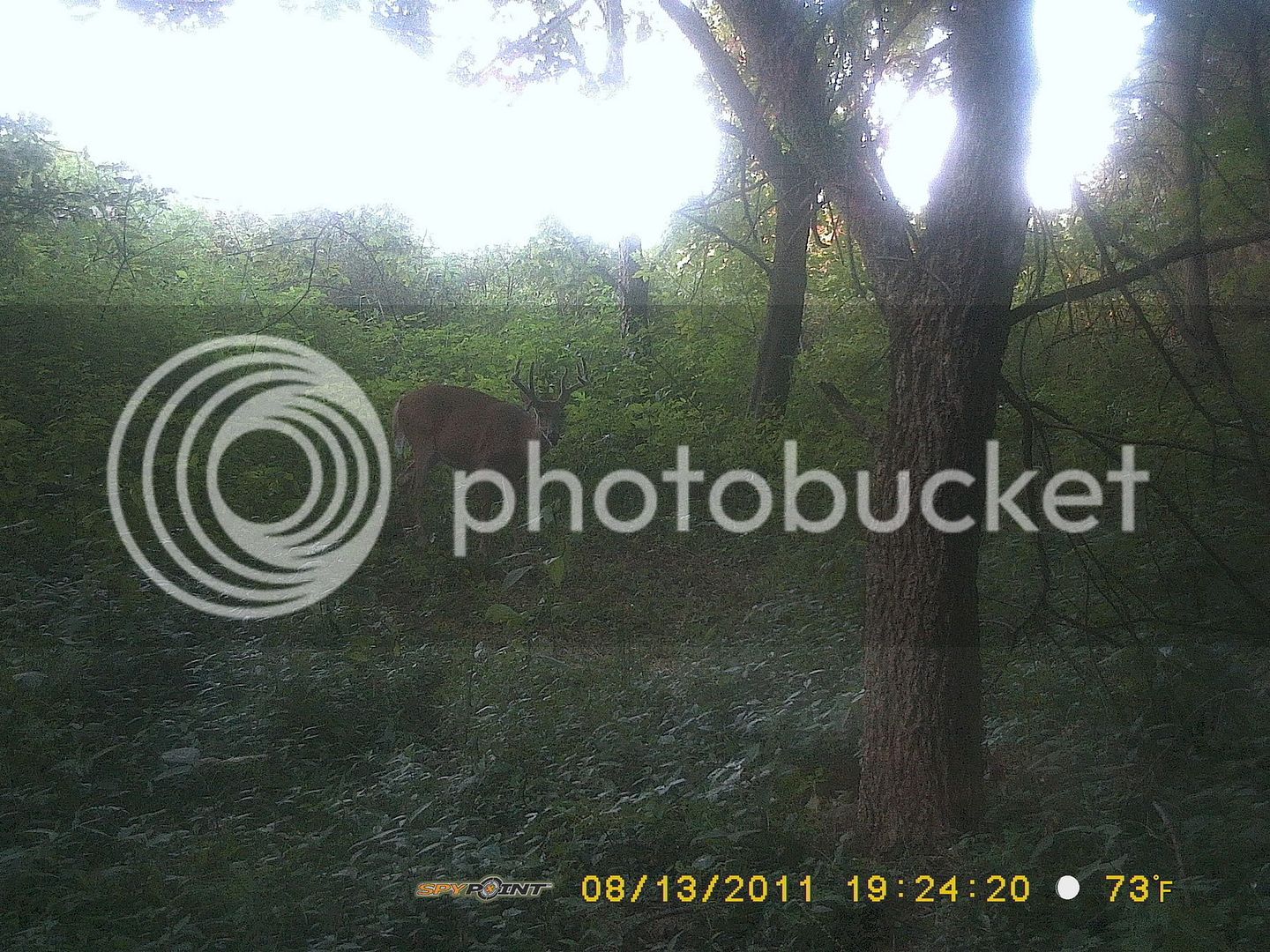 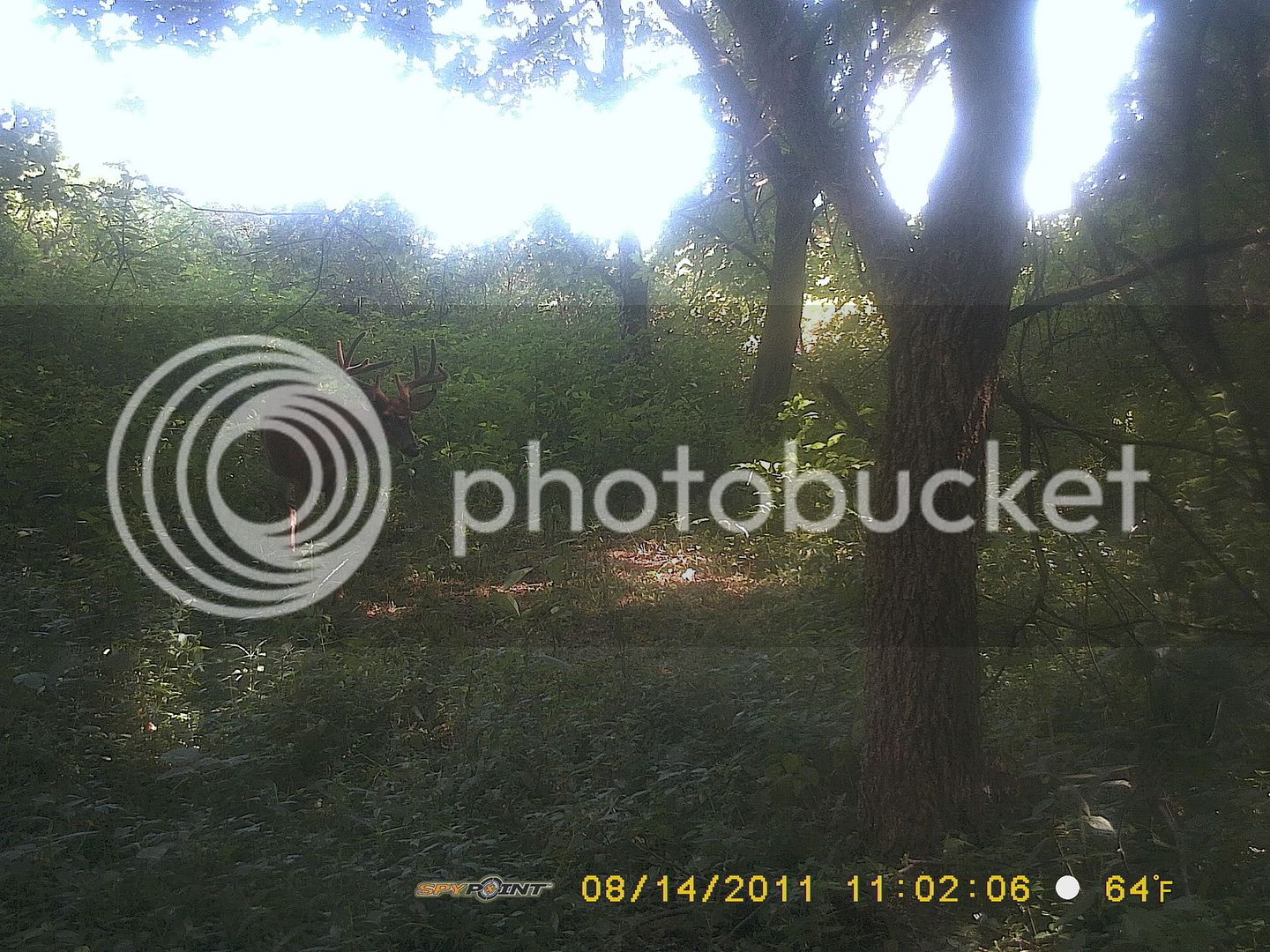 This Eight also came through a few times. 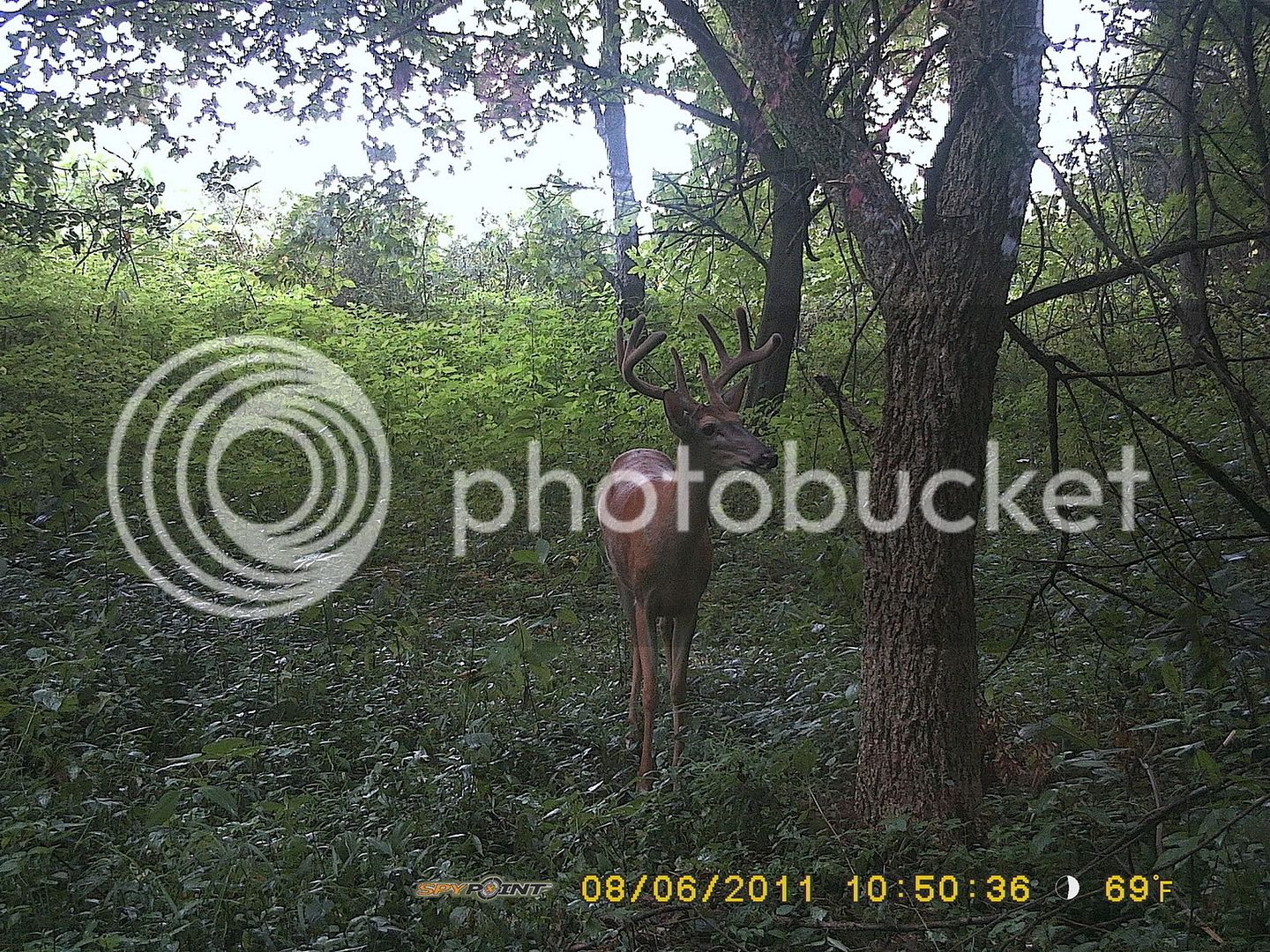 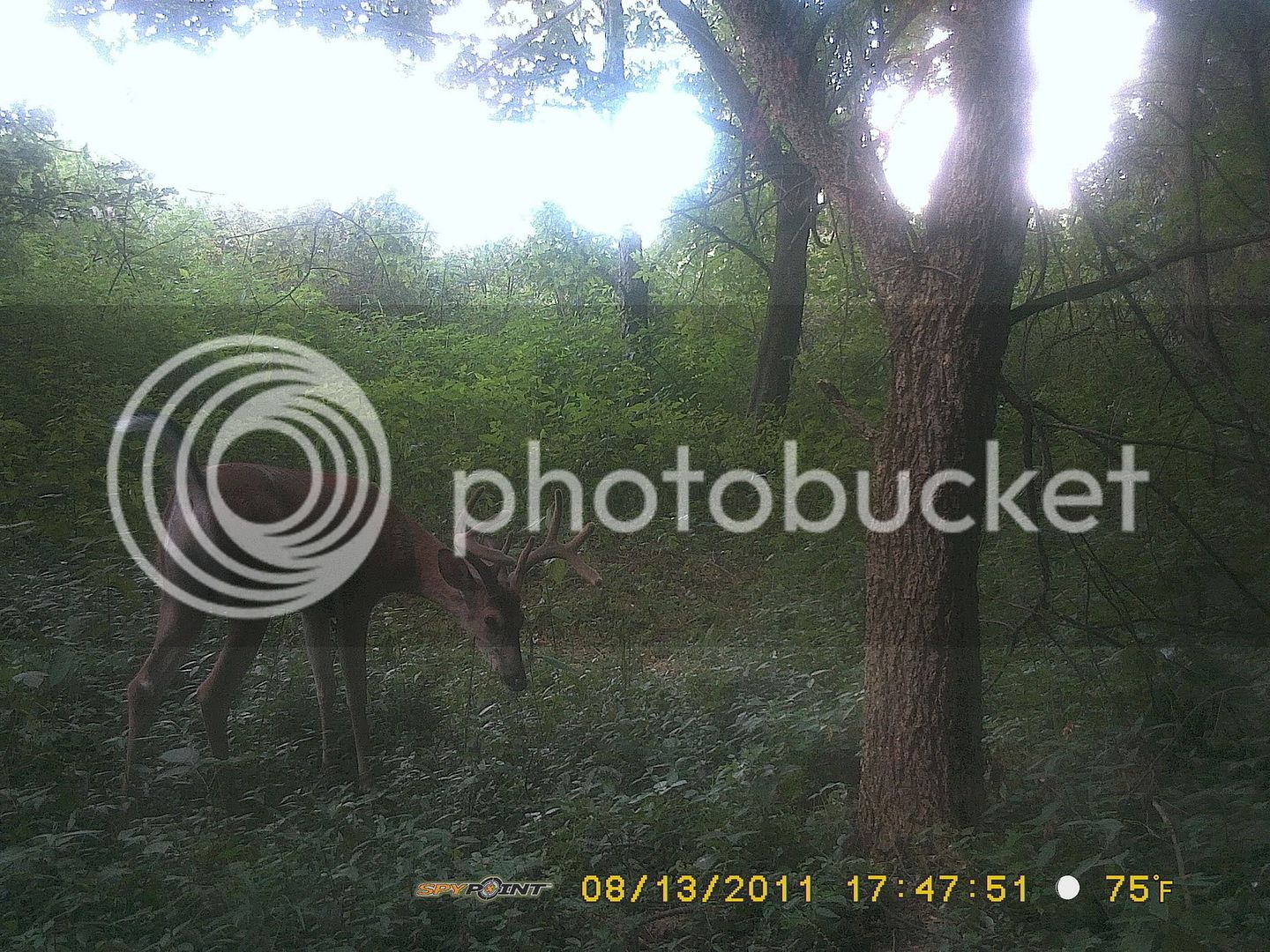 As of now, I am very pleased with Crabby and the Typical Ten. It's awesome to have pics of so many bucks with abnormal points and odd racks this year. I wonder how much all the rain in April played a part in this. I'm enjoying running 5 cameras this year. The only problem is keeping corn in front of the cameras. It's gonna get expensive!