Weighs more than she does !
Reactions: StealthHunter32

Congratulations to the young lady!
Dad, you're doing it right..

StealthHunter32 said:
My 11 year old daughter bagged her first deer tonight. I’m fairly certain that I’ve never been that nervous in all of my years of hunting. Hunting season sure hits different when you experience it with your kids.
Click to expand...

Congratulations to you both!
Reactions: StealthHunter32

Made it home in one piece. My venison is in the freezer. It’s going home with my son when he comes up for Xmas.
Looking forward too the muzzy season!
Reactions: Josh carpenter, Spencie, GoetsTalon and 15 others

Hunters harvested 71,932 white-tailed deer during the 2022 gun week that concluded on Sunday, Dec. 4, according to the Ohio Department of Natural Resources (ODNR) Division of Wildlife.

Surprised it wasn’t down, especially with the wind we had that week. Wednesday was brutal with the high winds and Saturday wasn’t much better.
Reactions: Josh carpenter, Hedgelj and Big_Holla

I hunted tusc most of the week on a ridge above 77 where you can hear for a longgg ways. I heard maybe 3-5 shots a day. Sunday the only shots heard were one from me and one from a buddys brother . Maybe a lot of guys are running suppressed

Congratulations to all the successful deer hunters this season and past gun week!
Reactions: Mike, Wildlife and ThatBuckeyeGuy

Hunters harvested 71,932 white-tailed deer during the 2022 gun week that concluded on Sunday, Dec. 4, according to the Ohio Department of Natural Resources (ODNR) Division of Wildlife.

And Biden won fair and square
Reactions: finelyshedded, Big_Holla, Boarhead and 4 others
C

Man I can't wait for muzzy I am hunting no matter what the doctor says. Lol
Reactions: Bigcountry40 and Mike
B

Most folks only fill one tag. You cannot base the population model off harvest numbers for this very reason. As was stated earlier, how much effort did the successful hunters put in to get that one deer. If a person is accustomed to seeing ten deer and killing one, if they only encounter five they can still kill one. Net result is the same. The experience is not.
Reactions: Stressless, Hedgelj, finelyshedded and 3 others
B 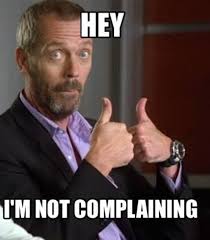 Also surprised the harvest increased given the wide spread EHD. Dominion must have been tallying the count in an Arizona voting precinct.
Reactions: Stressless, finelyshedded, Big_Holla and 3 others

Using their numbers, we have a perfectly balanced herd also @brock ratcliff . With roughly the same amount of bucks and does being killed. I wonder what the average hunters experience is.
Reactions: brock ratcliff

giles said:
View attachment 168318
Using their numbers, we have a perfectly balanced herd also @brock ratcliff . With roughly the same amount of bucks and does being killed. I wonder what the average hunters experience is.
Click to expand...

So on the farm there's one 16 acre field that had corn this year in it. The same night they finished running the corn I went out to look at it at dusk, there were over 20 deer in the field.

We have a blind in the one corner of that field and 3 deer were shot out of it during the week and it had someone in it almost every evening.

There were only 2 times we saw groups of more than 3 deer together and both were not on the farm proper but neighboring properties.

We shot 1 button and the rest were does of the 17 taken. Most were young does, no big nanny does either.

I still say yes the deer are there and eating the corn and soybeans but once they come down there are "better" places they go to because there were days we just didn't see anything to shoot at.
Reactions: Josh carpenter
B

Family christmas on both days this coming weekend. We or i can only get out saturday am until early afternoon. Looking forward to it though.
Reactions: 5Cent, Wildlife, Bighoun52 and 2 others

I'm going to take my grandfather's first shotgun he ever bought out. It's an old pump action H&R he bought for $45 back in the day . It would tickle me pink to kill a doe with it. The shelf lifter and other parts are worn out it's best to be used as a single shot. I've had it to a couple different smiths and they both said unfixable , neither mentioned possibly making any parts so I've been watching GunBroker the past couple years. It's a 16 gauge , I want one to steal parts from but so far in three years I've only seen 2 and one was a 20 gauge and the other a 12 .
Reactions: Smawgunner2, Josh carpenter, finelyshedded and 10 others
You must log in or register to reply here.
Share:
Facebook Twitter Reddit Pinterest Tumblr WhatsApp Email Share Link